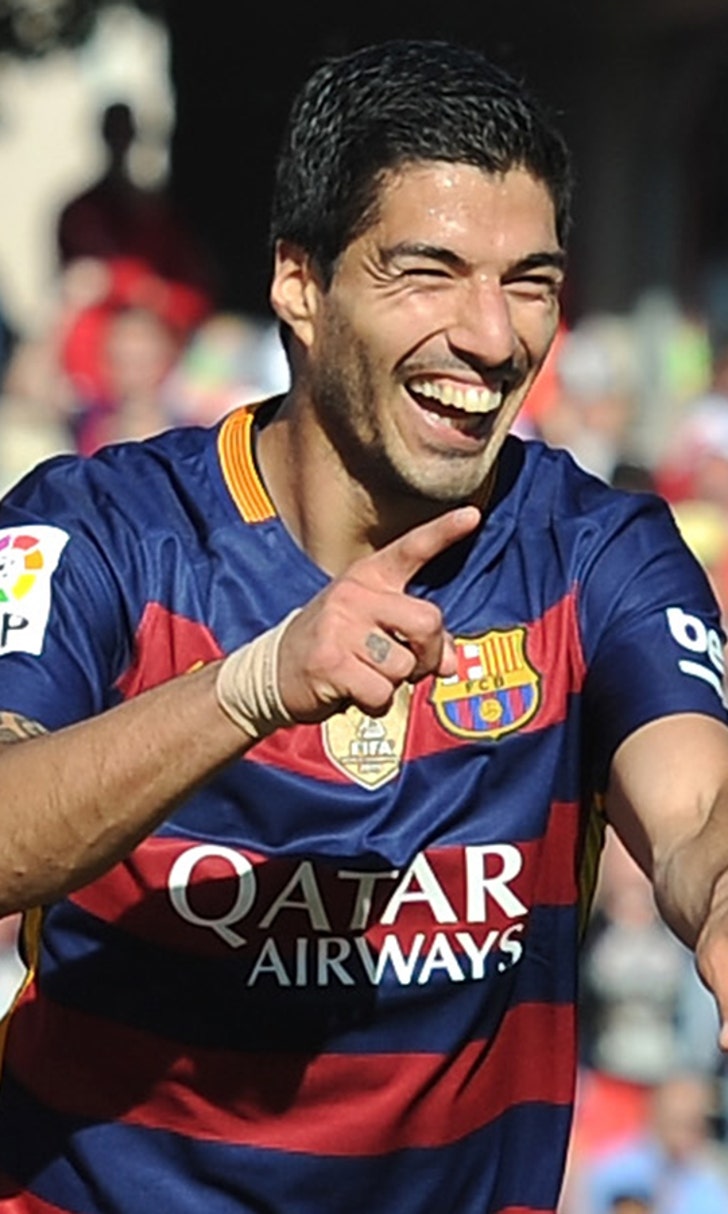 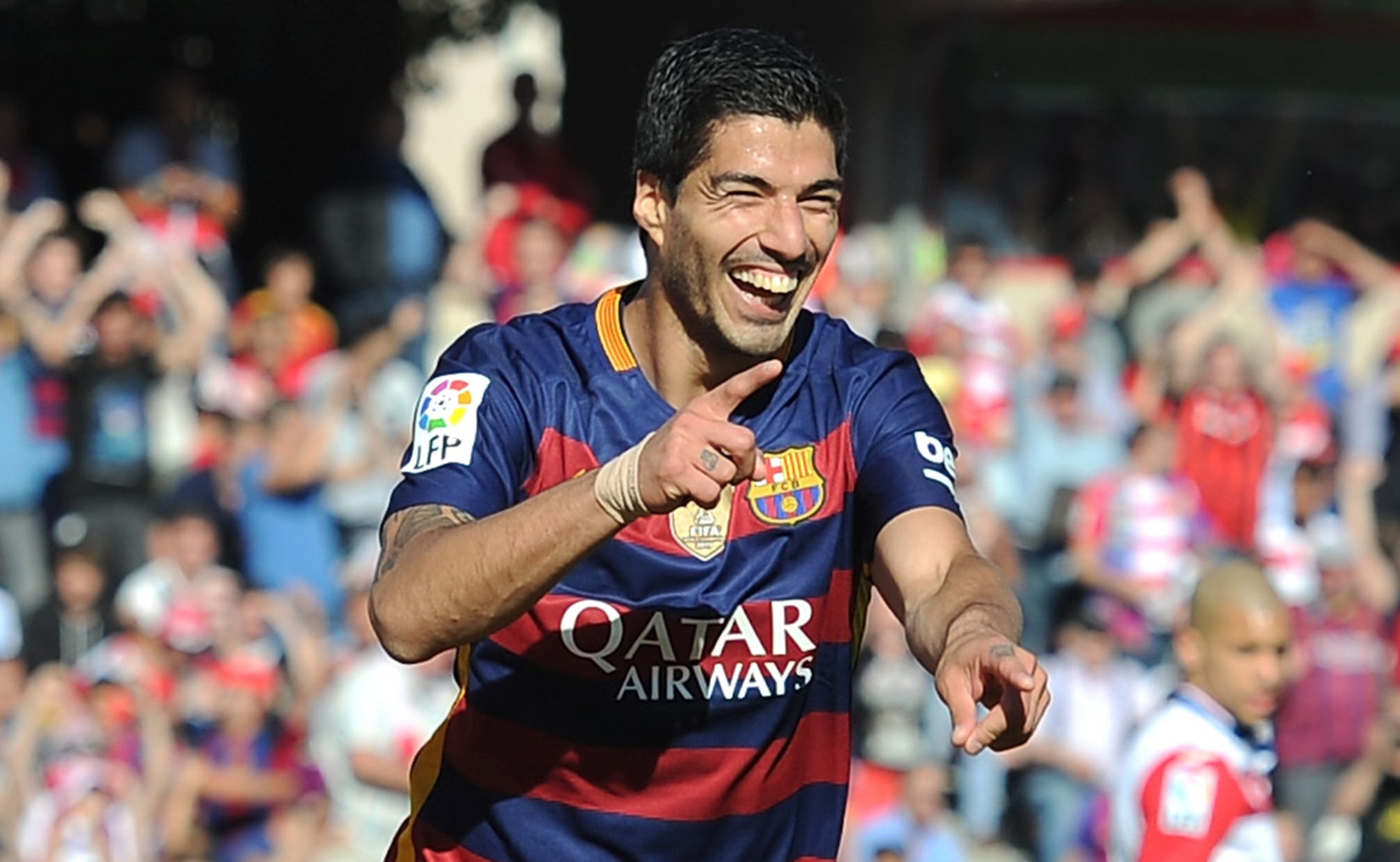 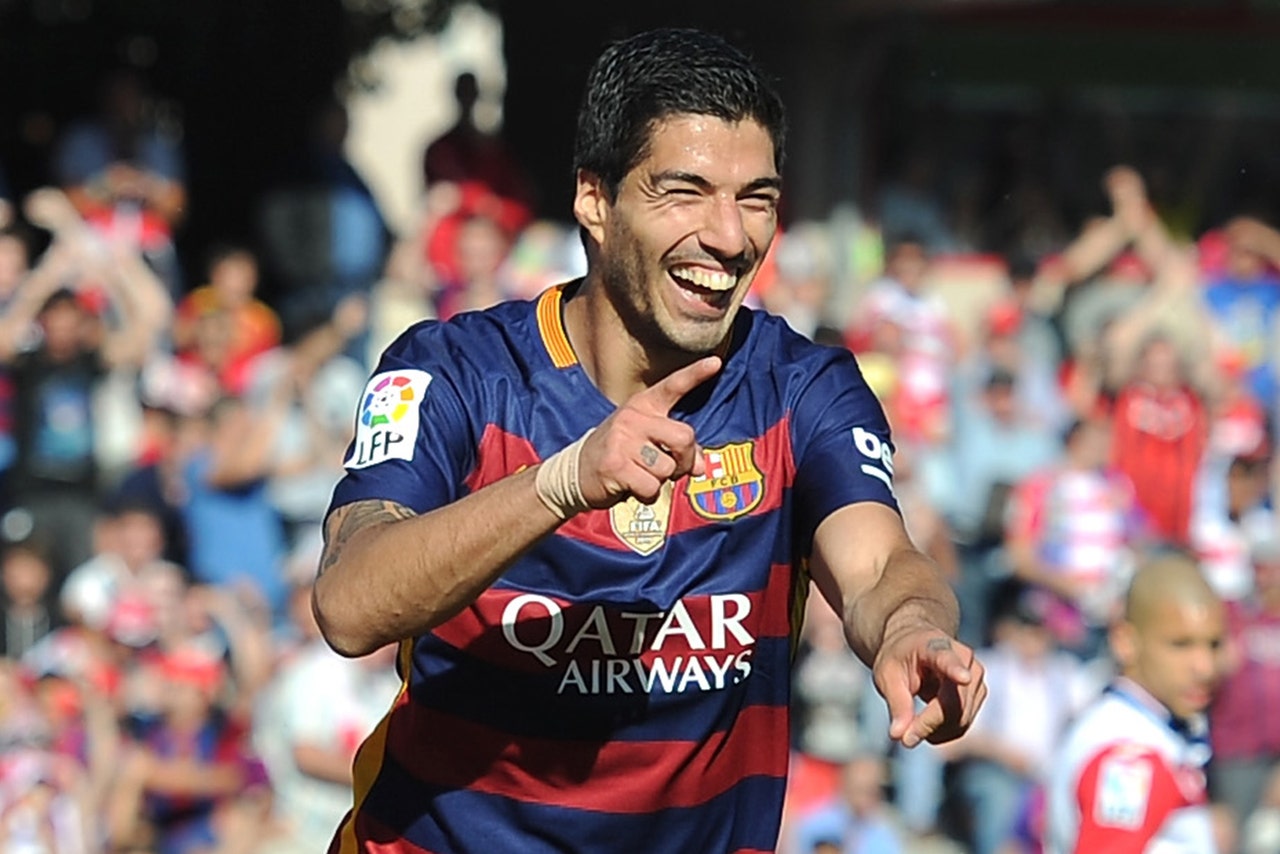 BARCELONA, Spain -- Barcelona won its second straight Spanish league title after defeating Granada 3-0 on Saturday with a hat trick by Luis Suarez in the final round.

The result capped a five-game winning streak that allowed the Catalan club to finish one point ahead of Real Madrid, which fell short despite winning its last 12 league games.

Madrid defeated Deportivo 2-0 in La Coruna with two goals by Cristiano Ronaldo, but it needed Barcelona to stumble in order to clinch its first title since 2012.

After the final whistle in Granada, Barcelona players formed a circle near the benches and jumped up and down while chanting "Campeones, Campeones."

Several hundred fans from both teams invaded the pitch as players struggled to find their way off the pitch.

Barcelona, which finished with 91 points, has won six of the last eight Spanish league titles, and eight of the last 12. It has 24 trophies in total, eight less than Real Madrid, the league's most successful club.

Saturday's win helped Barcelona avoid what would have been a disastrous title loss after it led Madrid by 12 points with nine rounds to go.

It also guaranteed that Barcelona will win at least a trophy in a season in which it started brilliantly but struggled at the end.

The team's hopes of repeating its treble from a year ago ended when it was eliminated by Atletico Madrid in the quarterfinals of the Champions League. It can still win the Copa del Rey in next weekend's final against Sevilla.

Luis Enrique's team was cruising in the league until enduring a four-game winless streak which allowed Atletico Madrid and Real Madrid to rejoin the title race. But Barcelona picked up the pace again just in time, pulling off victories in its last five games to successfully defend the title.

Atletico, which challenged Barcelona for most of the season, dropped out of contention after a surprise loss to last-place Levante in the previous round.

Real Madrid and Atletico will still play the Champions League final on May 28 in Milan.

Barcelona didn't have any trouble securing its victory at Granada, which had already escaped relegation and had little to play for in the final round.

Suarez opened the scoring from close range in the 22nd minute after a pass by Jordi Alba, added to the lead with a header in the 38th off a cross by Dani Alves, and netted his third after a set up by Neymar inside the area in the 86th.

Suarez, who has scored 14 goals in the last five games, finished the league as the top scorer with 40 goals, five more than Ronaldo.