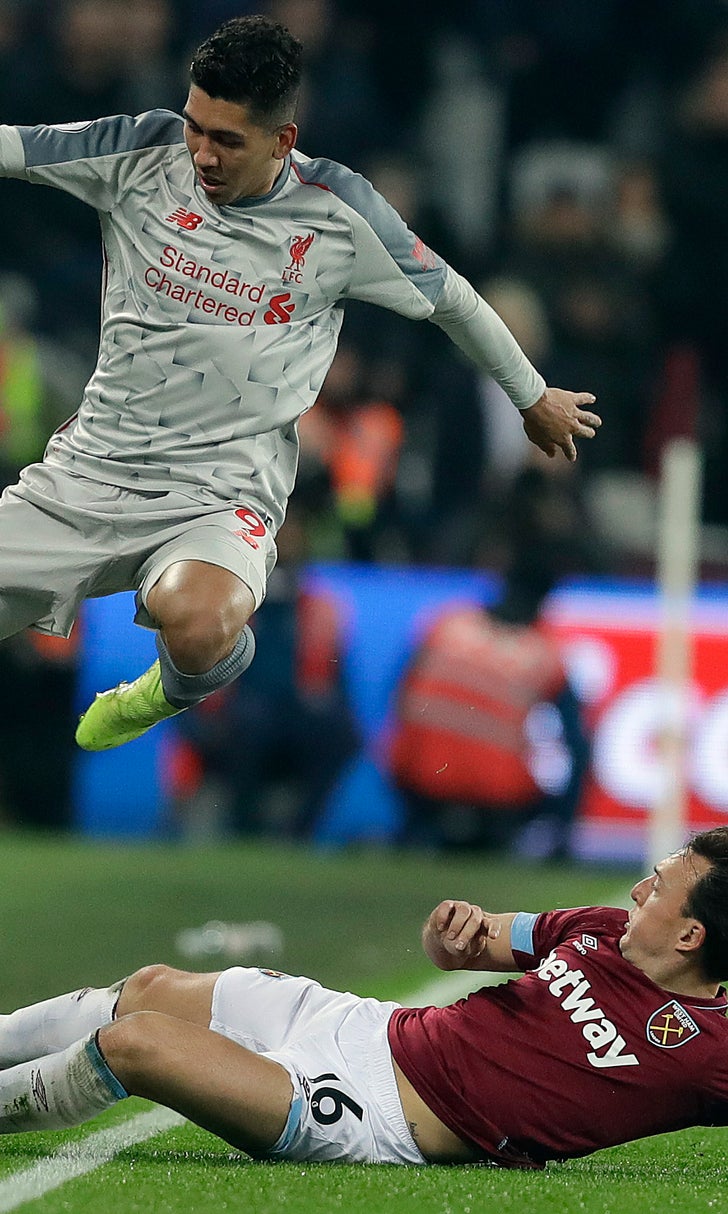 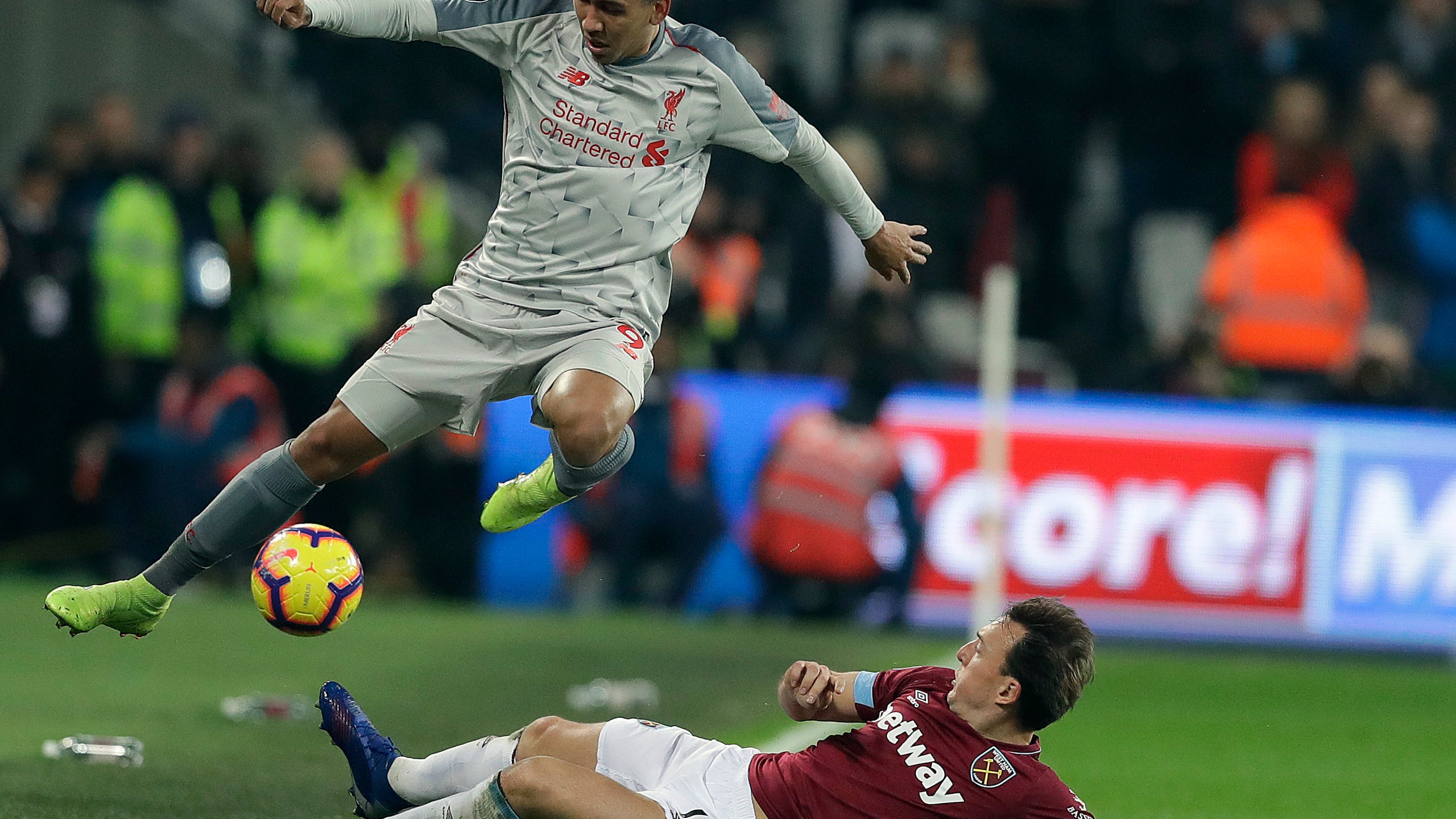 LONDON (AP) — With points dropped for the second consecutive game and a title challenge getting jittery, Liverpool manager Juergen Klopp is keen to transmit serenity.

After all, Liverpool is still top of the English Premier League by three points despite being held 1-1 by West Ham on Monday after also drawing with Leicester in the previous game.

"It's not about pressure," Klopp said. "It's about enjoying the situation you are in it. We have 62 points. We lost one game in the (league) season so far, which is very positive."

There is, however, a noticeable downturn in the club's fortunes in the league. Michail Antonio canceling out Sadio Mane's opener for Liverpool meant Klopp's squad has now dropped seven potential points in its last five games. The northwest club only dropped six points in the opening 20 fixtures by drawing three games.

Now Manchester City can overhaul Liverpool for top spot by beating Everton on Wednesday, albeit only on goal difference and by having played a game more than Liverpool.

Klopp could tell critics weren't convinced by the display at the Olympic Stadium or Liverpool's ability to sustain the challenge to end the team's 29-year English title drought.

"I have seen your faces," Klopp told a post-match news conference. "You feel a little bit sorry for us, and you don't have to. We are all fine."

But a Liverpool lineup devoid of much attacking flair did rely on the referee missing a clear offside — and having no access to video review — to score its goal.

James Milner was able to receive the ball in an offside position down the right flank from Adam Lallana before crossing to Mane to score on the turn in the 22nd minute.

But the lead was gone inside six minutes when Felipe Anderson sent the ball down the right to Michail Antonio, who struck past static goalkeeper Alisson.

"They defended well, that's truth, (but) they didn't scare us," Klopp said. "We won away games where we played worse than tonight and nobody spoke about it afterward."

The result allowed West Ham manager Manuel Pellegrini, who lifted the trophy with City in 2014, to help his former team's title defense under Pep Guardiola.

"If we are going to give a hand to Manchester City, they are my club also," Pellegrini said. "Maybe that was the reason the manager of Liverpool didn't like it."