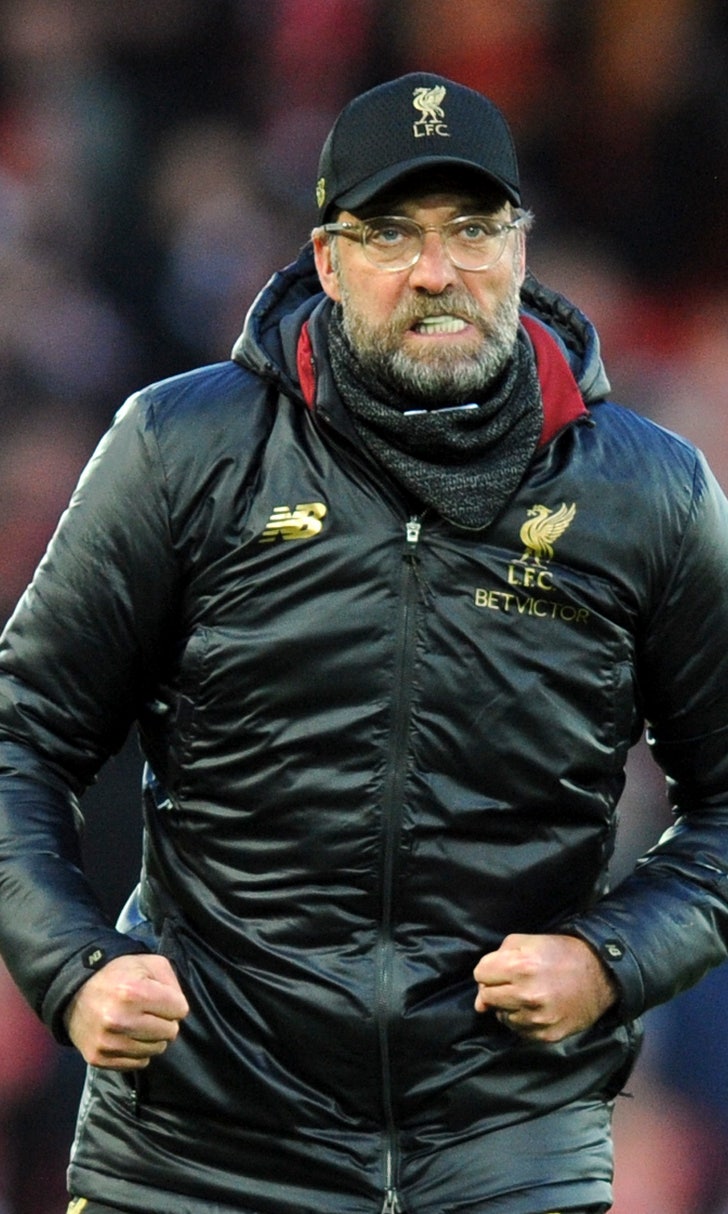 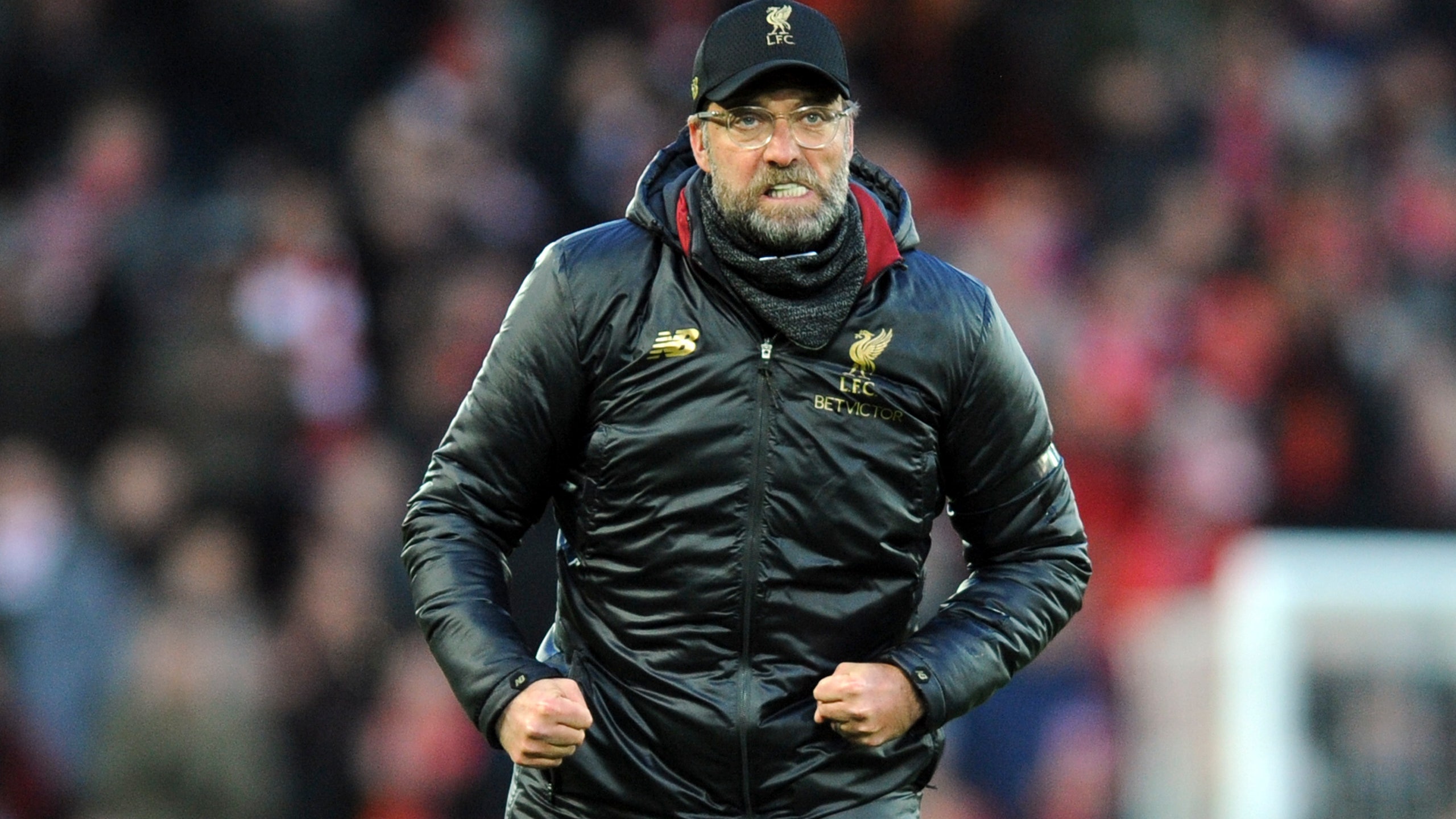 Liverpool climbs back atop EPL standings; United into 4th

They delivered just the right message with a rampant display in a 3-0 win at Anfield that not only put the team back atop the English Premier League standings but also showed that fears over another late-season collapse may be unwarranted.

"We wanted to show a reaction. It's our job not only to come through but to really perform and convince," said Klopp, whose team is looking for a first league title since 1990 but had let a seven-point lead to Manchester City slip away in recent weeks.

"Supporters get a little bit nervous for all sorts of reasons. That's not a Liverpool thing — it's a football thing."

Saturday's win was convincing indeed. After being held to two straight 1-1 draws, Liverpool rediscovered its attacking verve as goals from Sadio Mane and Georginio Wijnaldum essentially decided the game after just 34 minutes, and Mohamed Salah added the third in the 48th. If not for a number of missed chances in the second half, the scoreline easily could have been doubled.

The win means City, which took the lead on goal difference on Wednesday, must beat Chelsea on Sunday in order to prevent Liverpool from establishing another gap with a game in hand. Liverpool has 65 points from 26 games with City on 62.

Chelsea is also under heavy pressure going into Sunday's game after top-four rivals Manchester United and Arsenal won on Saturday.

United climbed above Chelsea into fourth with a 3-0 win at Fulham, while Arsenal was level on points with Maurizio Sarri's side after beating last-placed Huddersfield 2-1.

On a day where every game was preceded by a minute's silence for Emiliano Sala following the confirmation of the Argentine striker's death, Cardiff ended an emotional week with a crucial victory. The team moved out of the relegation zone by beating Southampton 2-1 thanks to Kenneth Zohore's stoppage-time winner.

Sala's body was recovered on Wednesday from the crashed plane that was taking him to Cardiff, after he signed for the Welsh club from Nantes in January.

"For Emiliano, I feel really proud that the lads have done him justice," Cardiff manager Neil Warnock said.

In other games, Watford beat Everton 1-0, Burnley won at Brighton 3-1, and Crystal Palace drew at home against West Ham 1-1.

Paul Pogba scored twice for United at Craven Cottage as the French midfielder continued his resurgence under Ole Gunnar Solskjaer. Pogba gave United the lead with a blistering shot from a tight angle in the 14th minute and converted a penalty for the third goal in the 65th, taking his tally to eight goals in his last eight league games.

And after sitting 11 points from fourth place when Solskjaer took over from the fired Jose Mourinho in December, United was firmly back in the hunt for a Champions League spot.

"That's what we wanted since Ole came. We talked about this, we want to be at the top, top four," Pogba said. "There is still a long way to go but we are there and we want to stay there now."

Arsenal hasn't given up hope of finishing fourth either. Alex Iwobi and Alexandre Lacazette scored in the first half for the Gunners, who still haven't kept a clean sheet away in the league this season after Huddersfield pulled one back in injury time through an own goal by Sead Kolasinac.

The most dramatic finish came at St. Mary's though, where Southampton thought it secured a point when Jack Stephens equalized in injury time. But Zohore's close-range finish two minutes later handed Cardiff all three points — and consecutive top-flight victories for the first time since 1962.

Burnley also moved out of the relegation zone, with Chris Wood scoring twice for the visitors at Brighton.

At Vicarage Road, Watford substitute Andre Gray piled more pressure on Everton manager Marco Silva by scoring the only goal with a header in the 65th. That handed Everton a third straight league loss and subjected Silva to a chorus of taunting chants on his first return to Watford since he was sacked by the club last year after being approached by Everton.

Wilfried Zaha rescued a point for Crystal Palace, scoring an equalizer 14 minutes from time after Noble gave the visitors a first-half lead from the penalty spot.