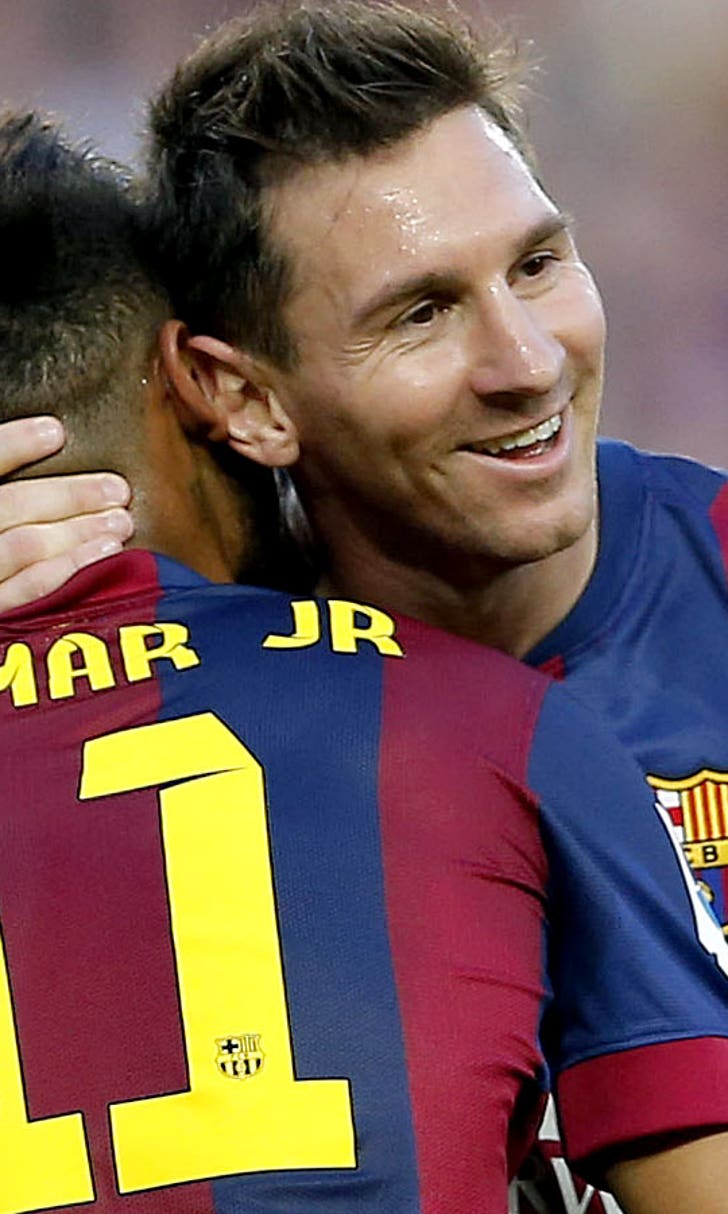 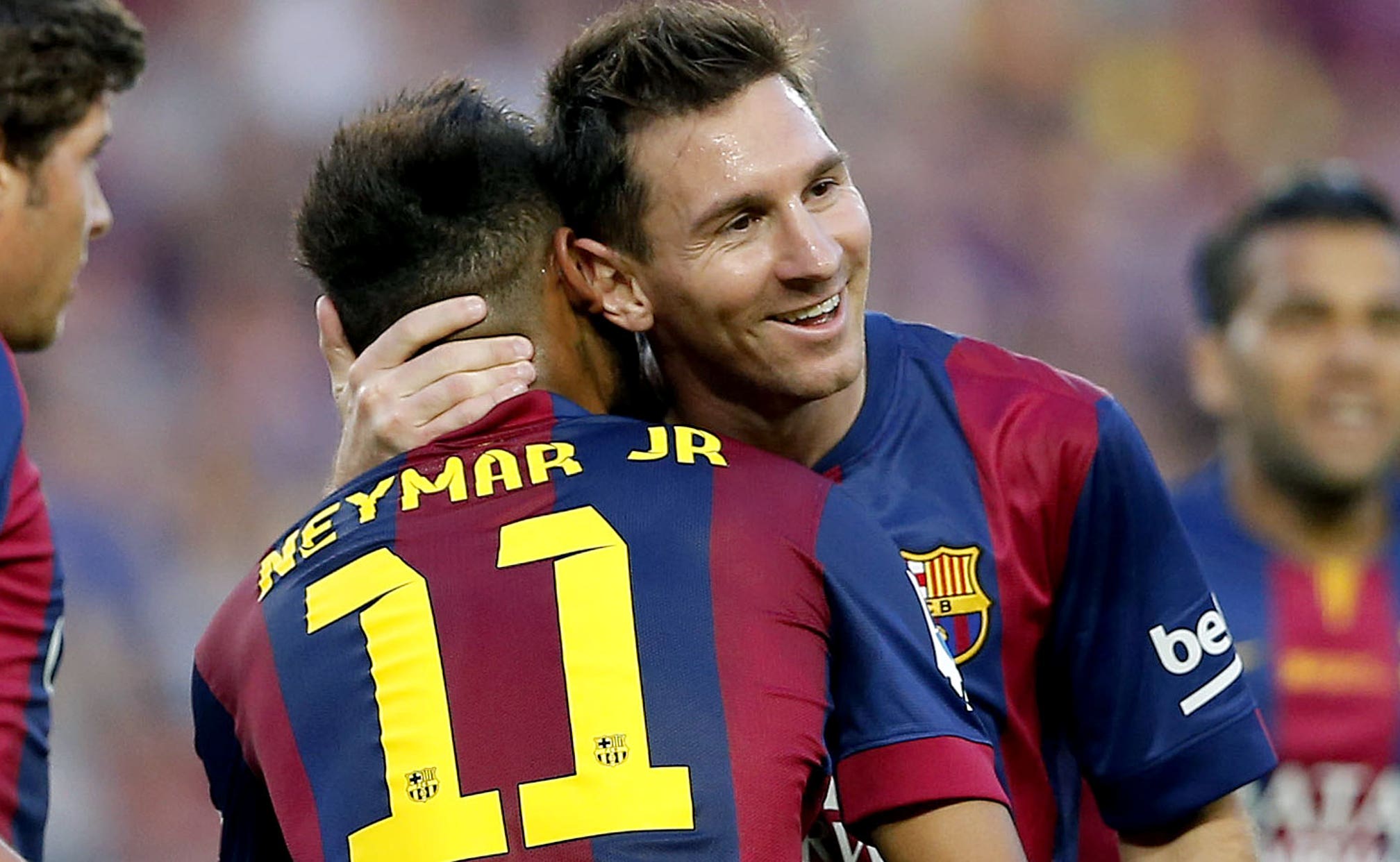 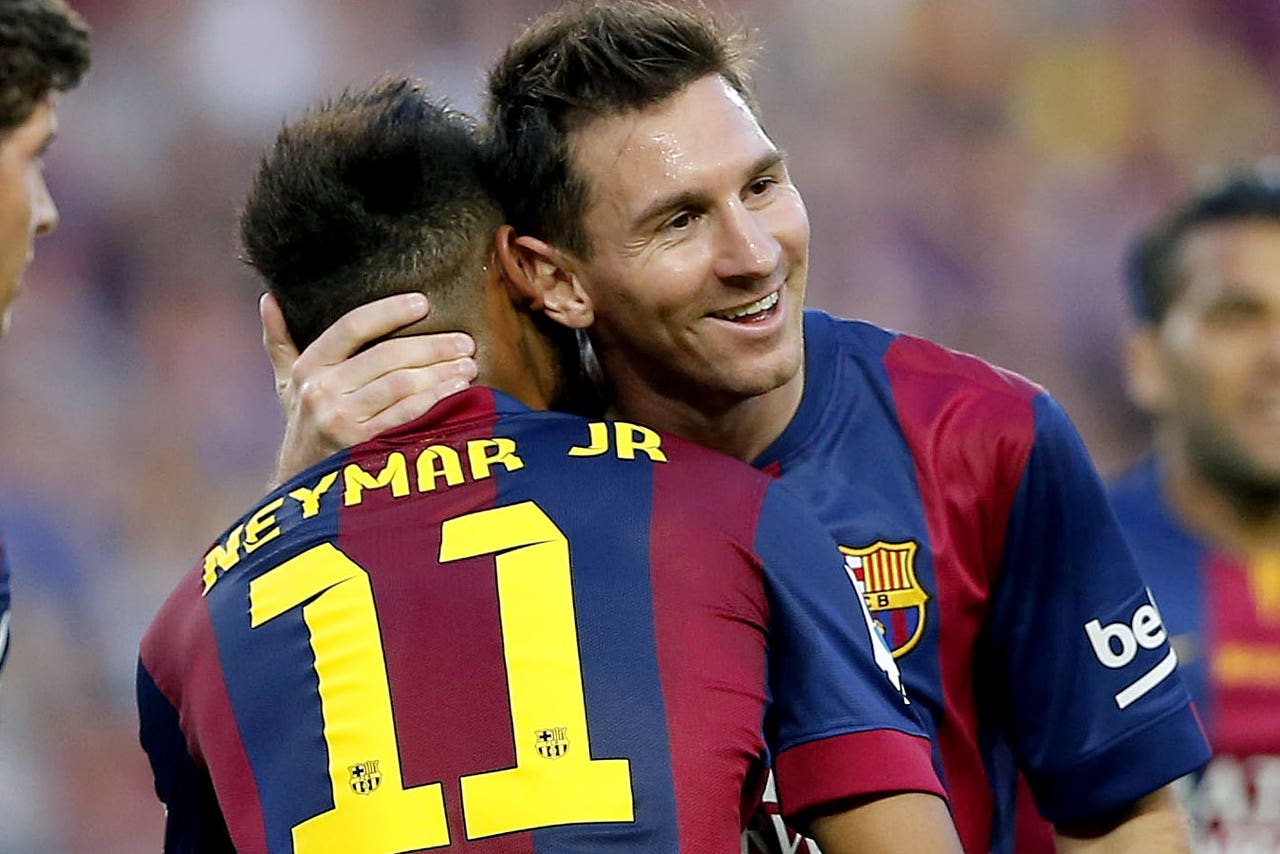 Lionel Messi scored his 400th career goal and Neymar hit a hat-trick as Barcelona got back to winning ways in style, routing Granada 6-0 at the Nou Camp.

A deflected goal by Neymar set the Catalans on their way to victory before a header by Ivan Rakitic and another strike from Neymar stretched Barca's lead at the break.

Two Messi strikes sandwiched Neymar's third in the second half as the South American duo completed the rout.

Barca had surrendered their 100 percent start to the season in midweek by drawing at Malaga, but produced an emphatic response against Joaquin Caparros' side, who had only conceded three goals before their trip to the Catalan capital.

Caparros was on the end of a 7-0 drubbing at the Nou Camp last season with Levante, a match he likened to "a trip to the dentist", and Barca showed no mercy against his new club either.

However, the visitors did give Barca a couple of early scares. Jeremy Mathieu had to make a vital last-ditch tackle to deny Isaac Success a clear shot on goal and then Youssef El Arabi struck the crossbar from inside the area.

At the other end, Munir El Haddadi squandered an open goal, sending the ball away from goal and into the hands of Roberto as he received a cut-back from Mathieu on the goal-line.

Lionel Messi then had a goal chalked off for offside, while Xavi's long-range effort was caught by Roberto.

Granada's tactics were working until a misplaced pass from Hector Yuste undid all their hard work. The midfielder gifted the ball to Neymar in his own half and the Brazilian accelerated towards goal, striking the ball off Granada defender Babin and into the net.

Success was unable to convert from 25 yards at the other end and soon Barca extended their lead. Messi got down the right and planted the ball on the head of Rakitic, who scored his second goal in three games.

There was still time for Barca to add a third before the break. Messi tried to play in Munir but Roberto got there first, the ball spilling for Neymar to ram into the top corner.

Messi hit his milestone goal just after the hour mark, arriving at the far post to head in a cross from Dani Alves, and then the Argentinian teed up Neymar for the latter's hat-trick goal.

However, four-time world player of the year Messi was not content with scoring just once, and with eight minutes remaining dispossessed Jeison Murillo outside Granada's area before accelerating towards goal and striking beyond Roberto.