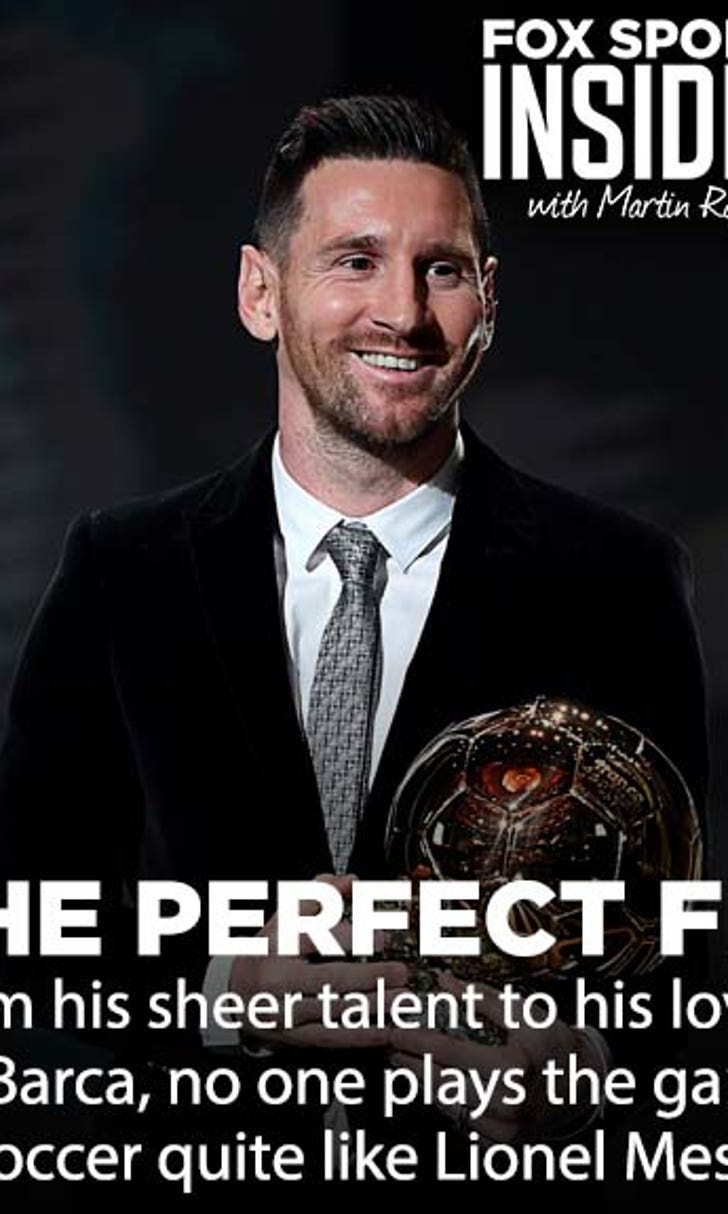 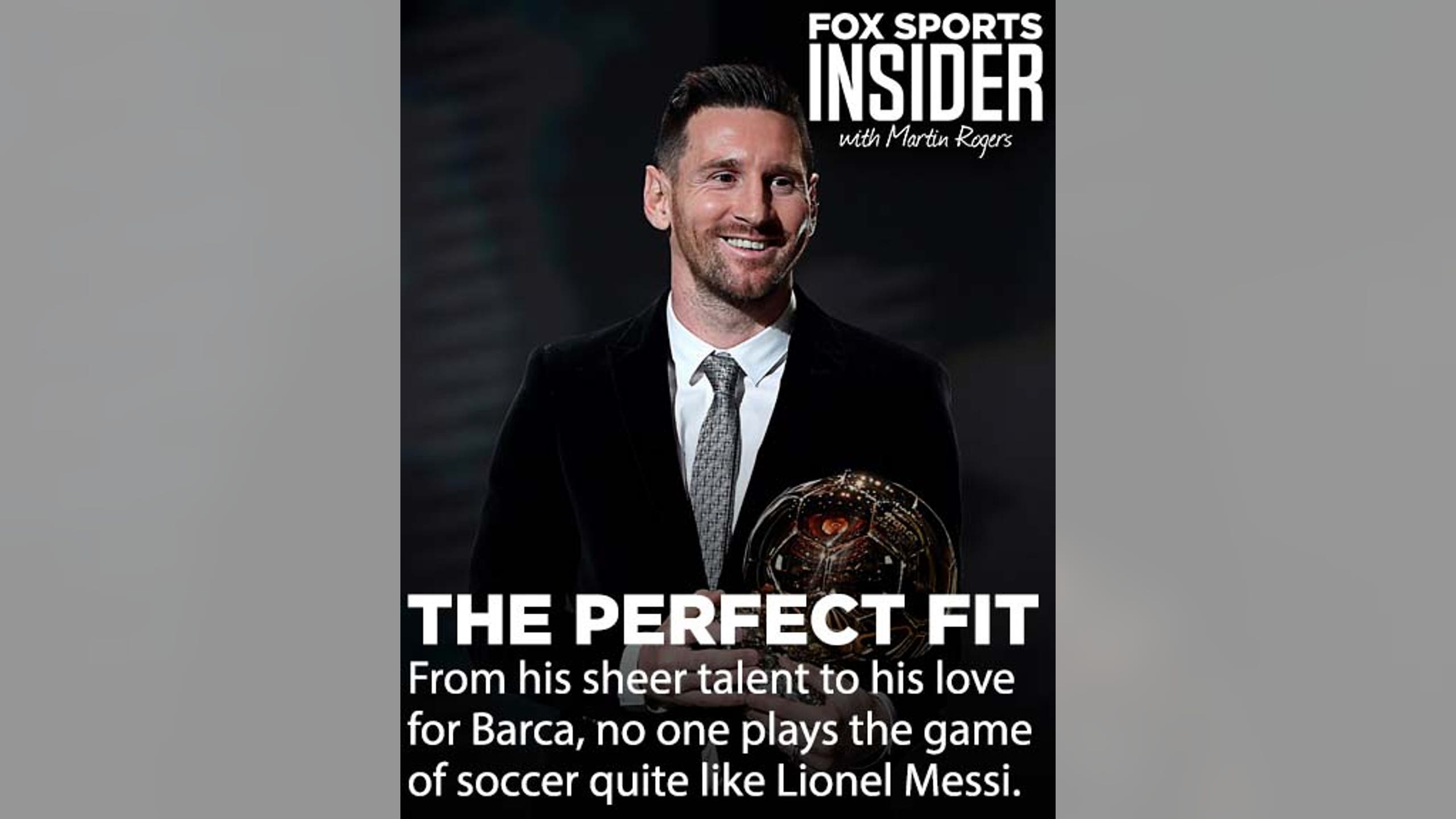 Lionel Messi and the greatest romance in soccer 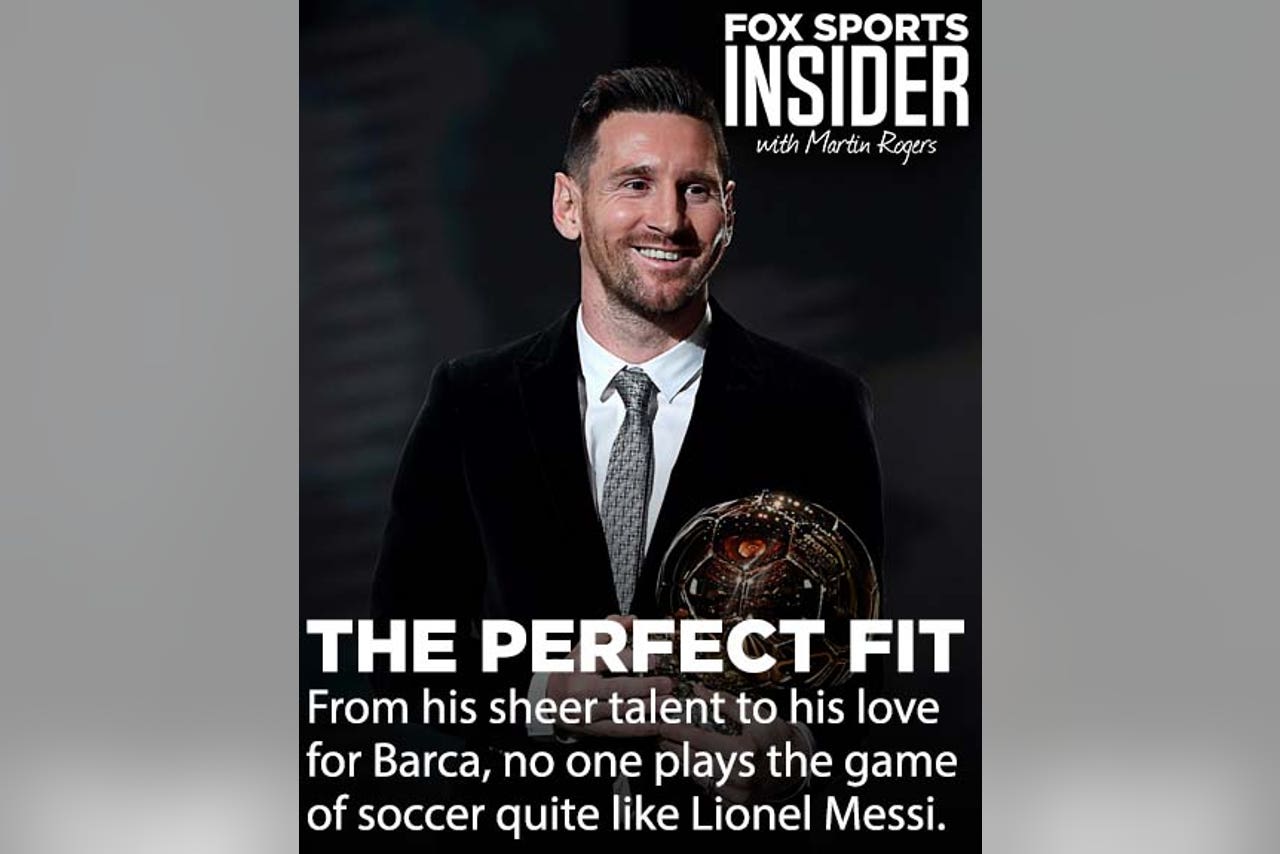 It has been said that Lionel Messi has stayed at Barcelona so long because he doesn’t like change; because he’s a homebody who’d be unwilling to shift from his most familiar creature comforts.

Another line of thinking — and one that seems far more plausible following the Argentine superstar being anointed soccer’s finest player for a record sixth time on Monday — is that when you find your perfect landing spot, why would you ever leave it?

Messi received the Ballon D’Or at a glittering ceremony in Paris and this win seemed a little more significant than the others. He’s 32 now, and while the feet skip as swiftly as ever and the skills still bamboozle all who try to stifle them, we are no longer watching a player in his youth.

“I am aware how old I am,” Messi told reporters. “I enjoy these moments so much because I know that retirement is approaching. Time flies. Everything depends on how I feel physically. Right now, I feel better than ever on a physical and a personal level, and I hope I can go on for a lot longer.”

Perhaps the most telling part of this particular award was that it might have been the one that finally breaks the ultimate tie in the long, majestic personal battle between himself and Cristiano Ronaldo — the two men having struggled to prove who is the world’s best for more than a decade.

They are both firmly in the running for being regarded as the best ever, but Messi has six Ballons d’Or to the 35-year-old Ronaldo’s five now and given the age of both and that other contenders are emerging, there are no guarantees that either will add to his tally.

Defender Virgil Van Dijk of Liverpool and the Netherlands came within just seven votes of toppling Messi this time, while Croatian World Cup hero Luka Modric topped the podium in 2018.

“We need to respect greatness,” Van Dijk said. “I was close, but there was someone just a little bit better.”

For years, Messi and Ronaldo went head-to-head at least twice per season, before the flamboyant Portugal forward left Real Madrid and the Spanish league last year for Italian club Juventus. On Monday, Ronaldo did not attend the Ballon d’Or celebrations, instead rocking up at Italy’s Serie A awards, picking up a trophy for being the best player in that competition.

Ronaldo is as ferociously competitive as ever and would not have enjoyed being bumped to third on the Ballon d’Or podium. The scheduling conflict likely provided him with a convenient out from a situation he probably suspected was coming.

All good things are supposed to come to an end and one day this rivalry will, too. It has been a special one — and in truth, neither would have reached the heights they did without a little push from the other.

But there is no end in sight to Messi’s love affair with Barcelona, one that seems even more remarkable given the financial realities of how soccer has developed in the past decade. Having left Argentina to join Barca’s famed La Masia academy at 12, even a sentimental return to his homeland for a final season or two to close his career seems improbable at this point.

His affinity for his club — and vice versa — is the greatest romance in soccer, and it has defied the conventions of the modern game. Messi has been compensated royally by Barca, but he could have demanded and gotten more, without question. Or, if Barcelona ever balked at those hypothetical demands, there would have been several cash-rich clubs in a variety of countries willing to satisfy whatever number he could conjure.

Instead, he stayed, collecting 36 trophies and counting, including 10 league titles and four Champions Leagues and providing his club’s creative backbone for an entire generation.

They don’t make players like Messi much anymore. The game has become tight enough that trying to beat opponents on the dribble is a losing proposition for most ... and the stats say you should usually look for another option. Messi doesn’t care too much for the metrics — he just plays the way he always has.

It is the kind of brilliance that makes rival coaches just shrug their shoulders and wonder what more they could possibly have done. Or, like Atletico Madrid’s Diego Simeone last week, actually stand and applaud one of Messi’s mazy paths to goal instead of pointlessly berating his own players.

While the city of Barcelona and the Catalan region that surrounds it have rejoiced in Messi all these years, there was a minor panic recently when it emerged that his latest contract contains an opt-out that would allow him to leave at the end of this season.

It was really just fine print, but soccer is a religion in these parts, and the concern was real. Messi alleviated it, with a minimum of fuss.

“(My commitment) goes beyond a contract,” he said. “What I feel for this club is (worth) more than any signature on a piece of paper, so there's no issue.”

Everyone believed him. There was no reason not to.