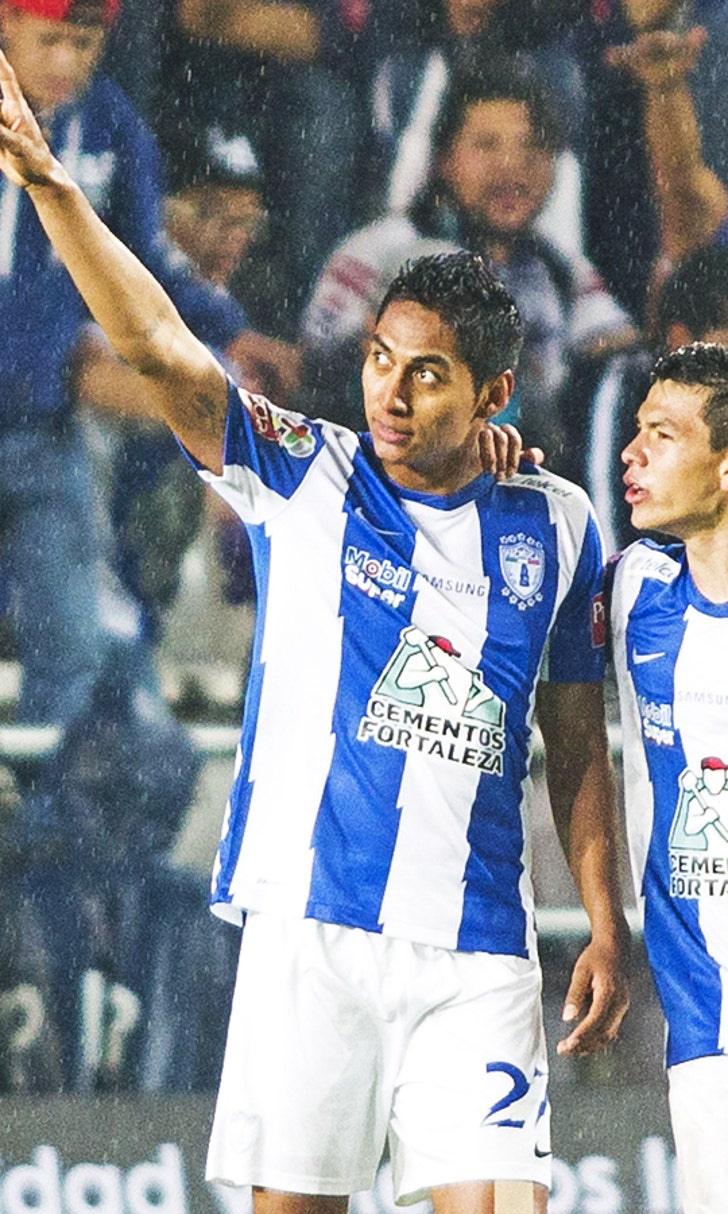 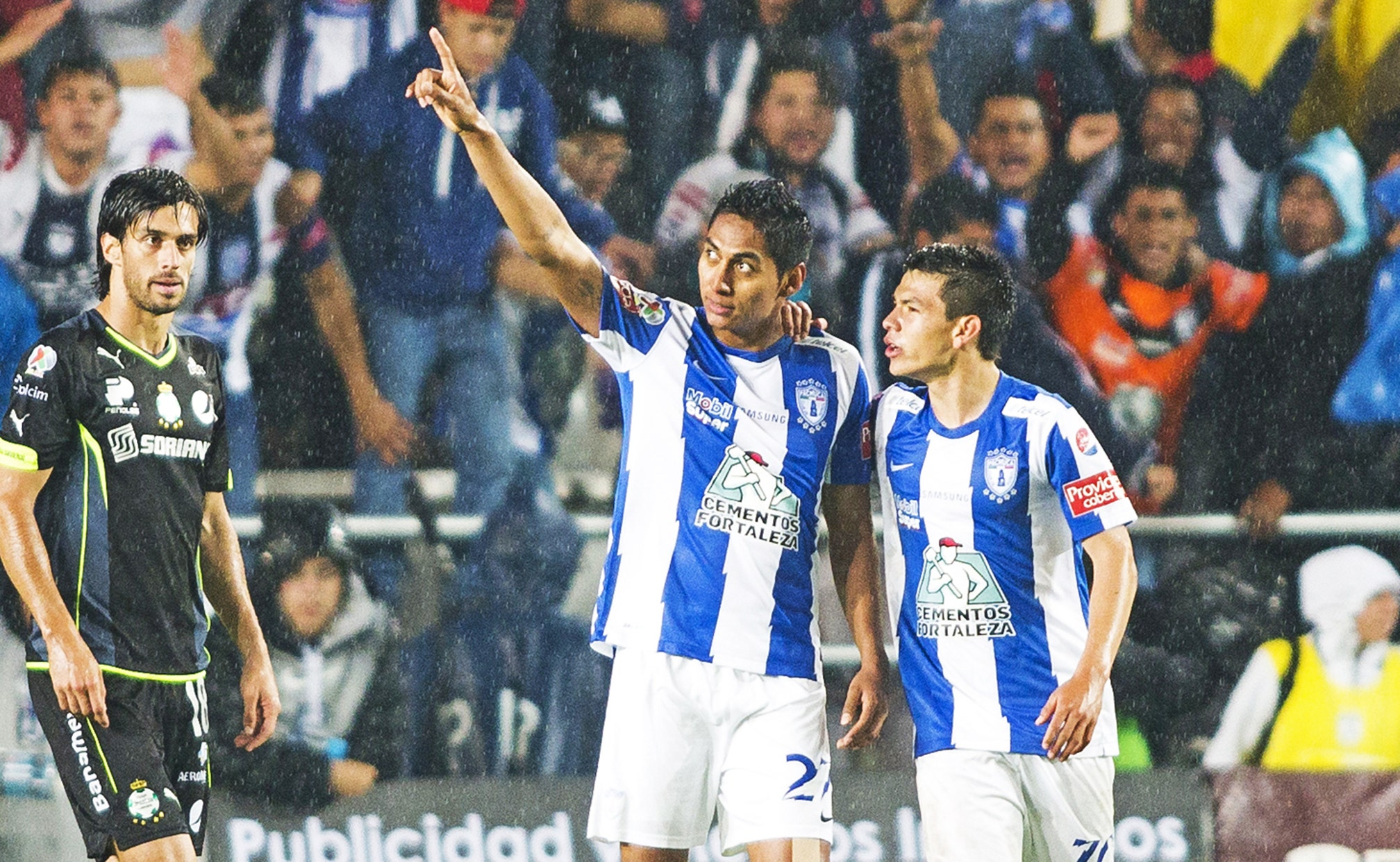 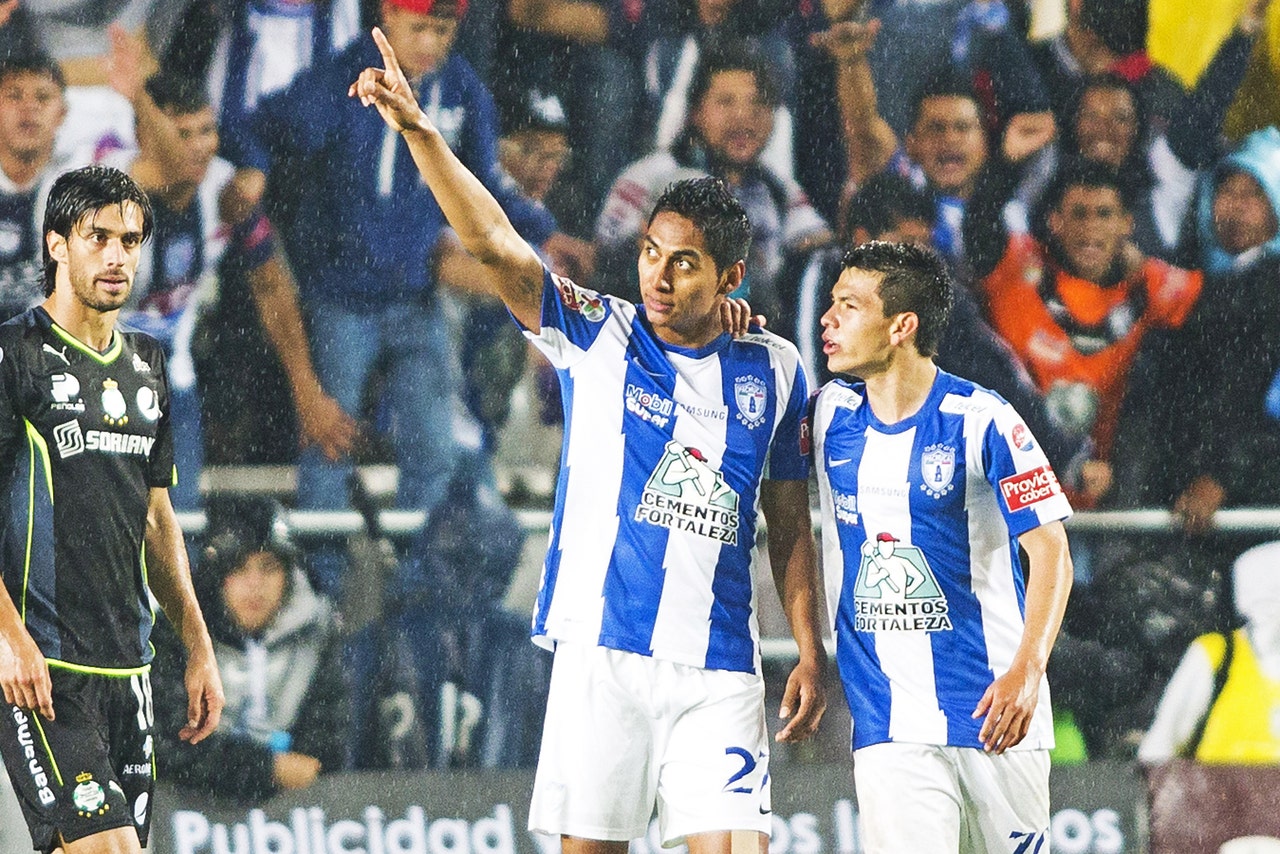 Pachuca took a substantial step toward the final with a 2-0 victory over Santos Laguna in the first leg of their Liguilla semifinal tie on Wednesday night.

Diego De Buen and Hugo Rodríguez struck either side of the interval to give Enrique Meza’s side a comfortable victory on a rainy night at Estadio Hidalgo. De Buen used the conditions to his advantage by driving a low effort along the surface for the opener just before halftime. Rodríguez rattled home the meaningful second goal shortly after the hour mark to give Pachuca a comfortable cushion ahead of the return match in Torreón on Saturday.

Pachuca will feel confident about closing out this series on the basis of this display and the rampant 4-2 away victory at Pumas UNAM to conclude their quarterfinal engagement on Sunday. The home side displayed its ability to operate effectively in the wide areas and threaten on the break. If it can maintain those qualities in the second match, then a  place in the final beckons.

The onus now falls on Santos to muster the necessary response on Saturday night without an away goal to its credit. It is not beyond this side’s capabilities to win by two clear goals given its potency during the Clausura, but it must create more from the run of play and restrict Pachuca’s ability to break quickly in order to salvage the tie.

Pachuca hinted at the danger to come for the visitors from the opening whistle. Veteran midfielder Walter Ayoví fizzed a low cross through the goal area inside the opening quarter of an hour. Enner Valencia then forced Oswaldo Sánchez into a stunning, one-handed save after minutes later with his close range header.

The visitors conceded most of the possession, but they still threatened from time to time on the break. Oribe Peralta smashed his header off the bar from 17 yards inside the opening half hour. Peralta also won a free kick 20 yards from goal, but Alonso Escoboza thumped his effort into the wall.

Sánchez once again proved vital to Santos’ defensive efforts by thwarting another foray after 34 minutes. The former Mexico number one grasped the danger posed when Hirving Lozano raced behind the rearguard and rushed quickly off his line. Sánchez’s preventative efforts prompted Lozano to poke his effort just wide of the near post.

De Buen atoned for those spurned chances by securing the opener moments before the break. The central midfielder stood over a free kick on the left flank and opted to drive a low effort along the ground. His effort skimmed and skipped its way under the wall and through the surprised Sánchez to give the home side a critical foothold heading into the interval.

Both teams attempted to find their footing once again when play resumed, but Pachuca eventually snatched the critical second to turn the tie firmly in its favor.

Santos’ set piece defending warranted further scrutiny once again as Ayovi curled his effort into the goal area. Valencia rose highest to win the initial delivery and turned his header toward goal. It deflected en route and caromed around inside the goal area before Rodríguez somehow pulled the ball back from behind his stride and tucked it home from close range.

The second goal took much of the sting out of the game with Pachuca relatively content with its lot and Santos unable to pose much of a threat on the night. The final whistle completed a fine night for the home side and left the visitors with plenty of work ahead at Estadio Corona in order to overturn this deficit and seal a place in the final.