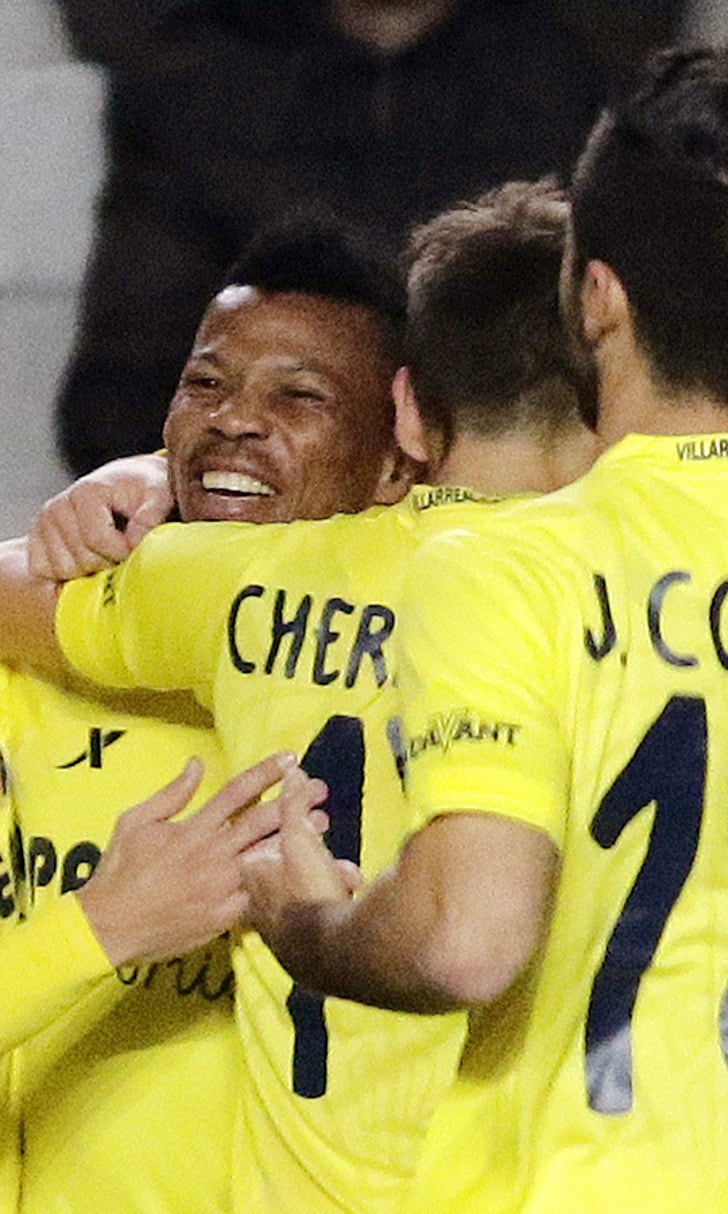 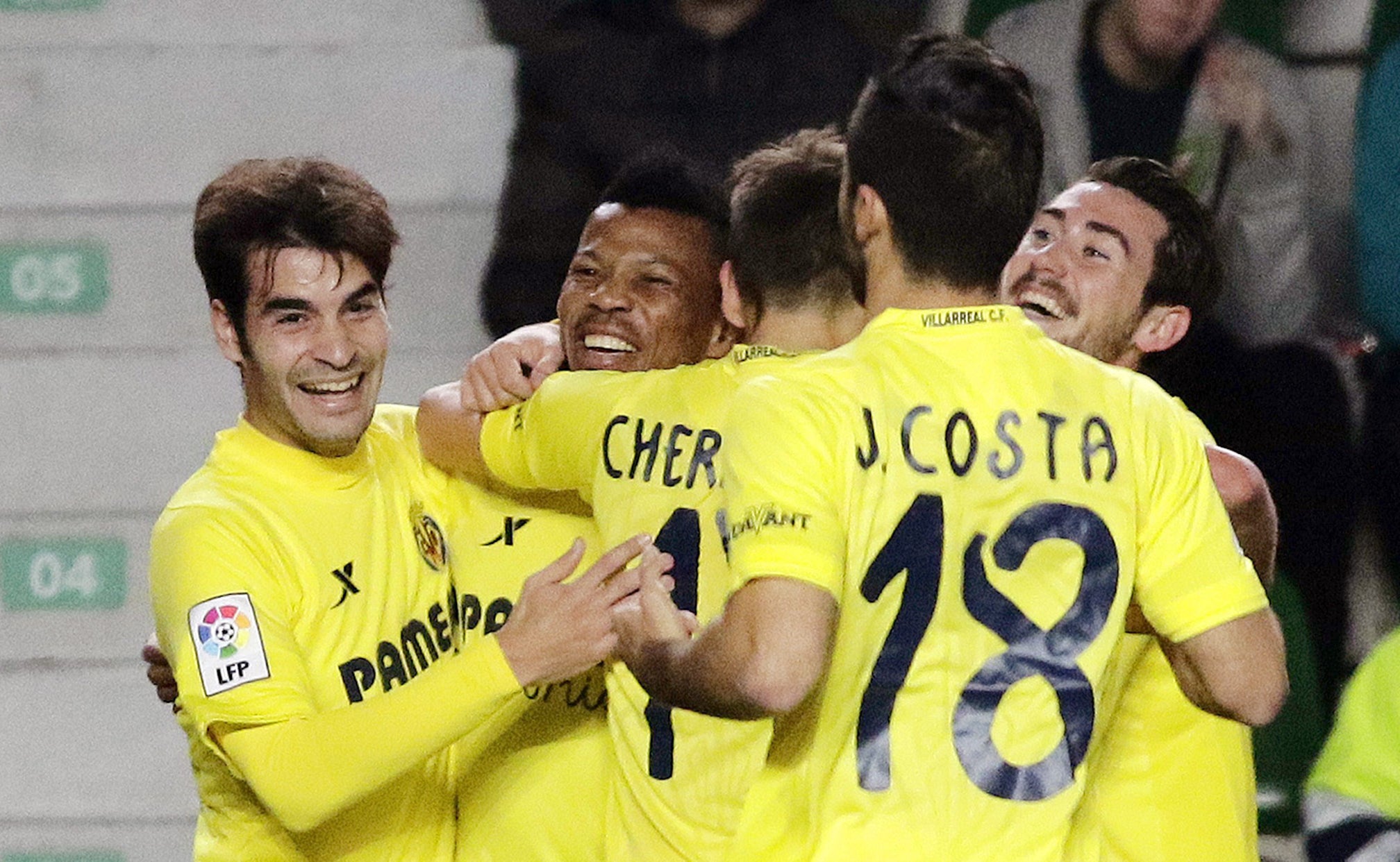 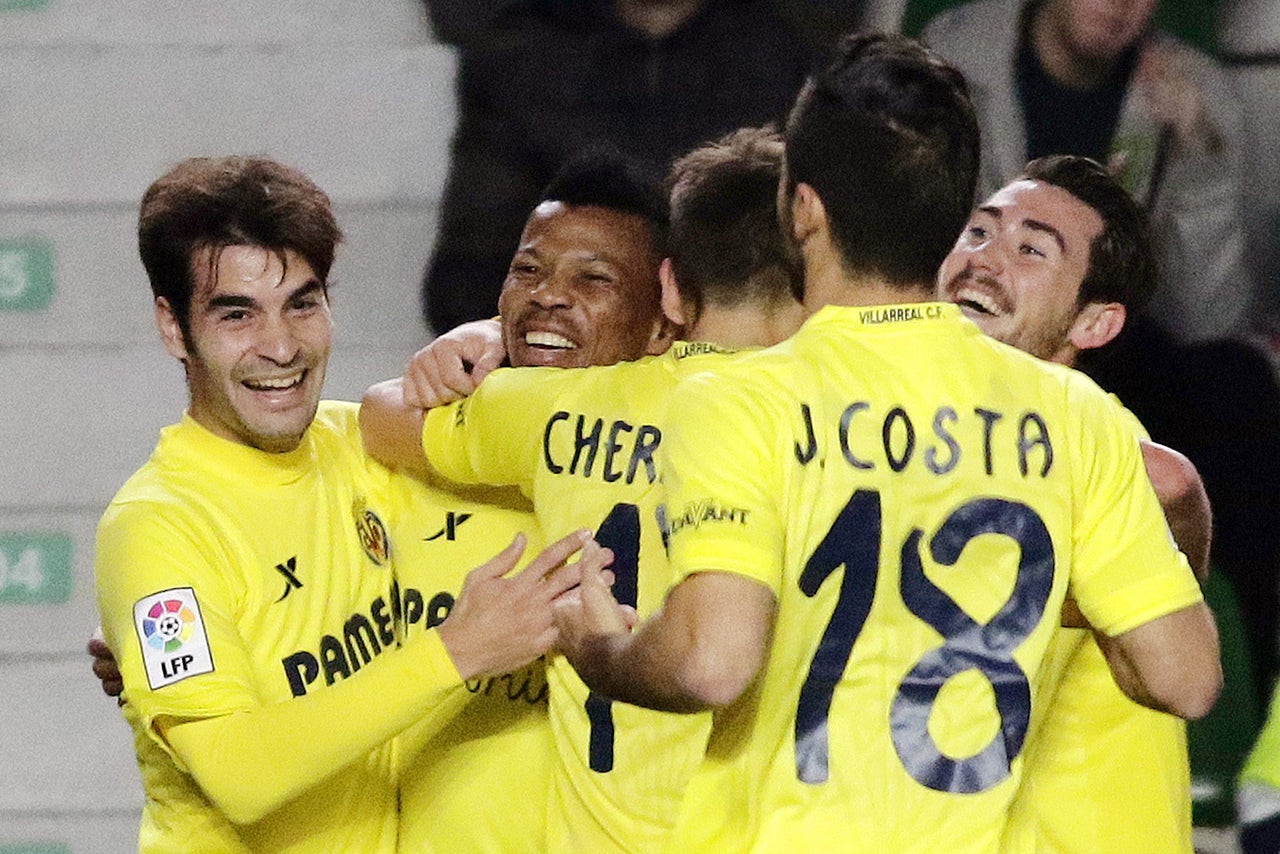 Villarreal secured sixth position in the Primera Division after scraping past Elche 1-0 at El Madrigal.

Joel Campbell's goal after 26 minutes secured a Europa League spot for Marcelinho's side, and leaves them eight points clear of their nearest challengers with just two games to go. Campbell gave the Yellow Submarine a first-half lead when he capitalized on an error to nod in at the back post for his first goal since joining the club on loan from Arsenal in January.

Jonathan dos Santos made space down the right and worked his way into the area before pulling the ball back to Bruno on the edge of the area. The midfielder tried to hit a placed effort into the top corner, but Herrera misjudged the flight of the ball and could only punch it into the air, leaving Campbell to head in under little pressure.

Despite taking the lead, the hosts were forced to play second fiddle to Elche as the visitors dominated possession throughout, and looked dangerous on the ball after securing their top-flight status last week. With the in-form Elche having started brightly, Villarreal's Juan Carlos was forced into an early save before Pedro Mosquera's long drive beat the keeper, only to rebound off the post.

However, Marcelinho's men came back strongly, with Dos Santos firing over before playing a crucial part in the only goal of the game. The home side looked comfortable after the goal, and could have been further ahead had Elche not managed to deflect Eric Bailly's header for a corner.

Trigeuros went close twice in the second half but could not make the decisive strike as Elche clung on, while substitute Cristian Herrera posed a constant threat but could not produce the quality to beat Carlos on the day. Sergio Pelegrin went close in the dying moments before Mosquera hit the bar with an acrobatic effort, but Villarreal clung on to secure a scrappy 1-0 win.

Elsewhere, Malaga boosted their chances of playing European football next season with a 2-1 win at Almeria, which plunged their fellow Andalusians into deep trouble.

Jose Manuel Casado put the ball through his own net to give the visitors the lead after 22 minutes, but Thomas Partey levelled for Almeria on the half hour mark, only for Javi Guerra to restore Malaga's lead midway through the second half.

Almeria remained 16th in the Primera Division table after the defeat but are just one point above Deportivo La Coruna, Eibar and Granada, while Malaga reclaimed seventh spot from Athletic Bilbao.

In the last La Liga matchup of the day, Sevilla's hopes of Champions League qualification appear to rely on winning the Europa League after they were held to a 1-1 draw away to Celta Vigo.

Kevin Gameiro had given them an early lead with an eighth-minute strike, but Celta, who dominated possession, kept plugging away and got their reward with a controversial penalty claim when Charles tumbled - not for the first time - and Santi Mina tucked the spot-kick away just before the hour mark.

The draw leaves Sevilla three points off fourth-placed Valencia, who have the advantage in head-to-head record, with two games left to play. In order to reach Europe's premier club competition, Sevilla may need to defend the Europa League title they won last season, having beaten Fiorentina 3-0 in the first leg of their semi-final on Thursday.