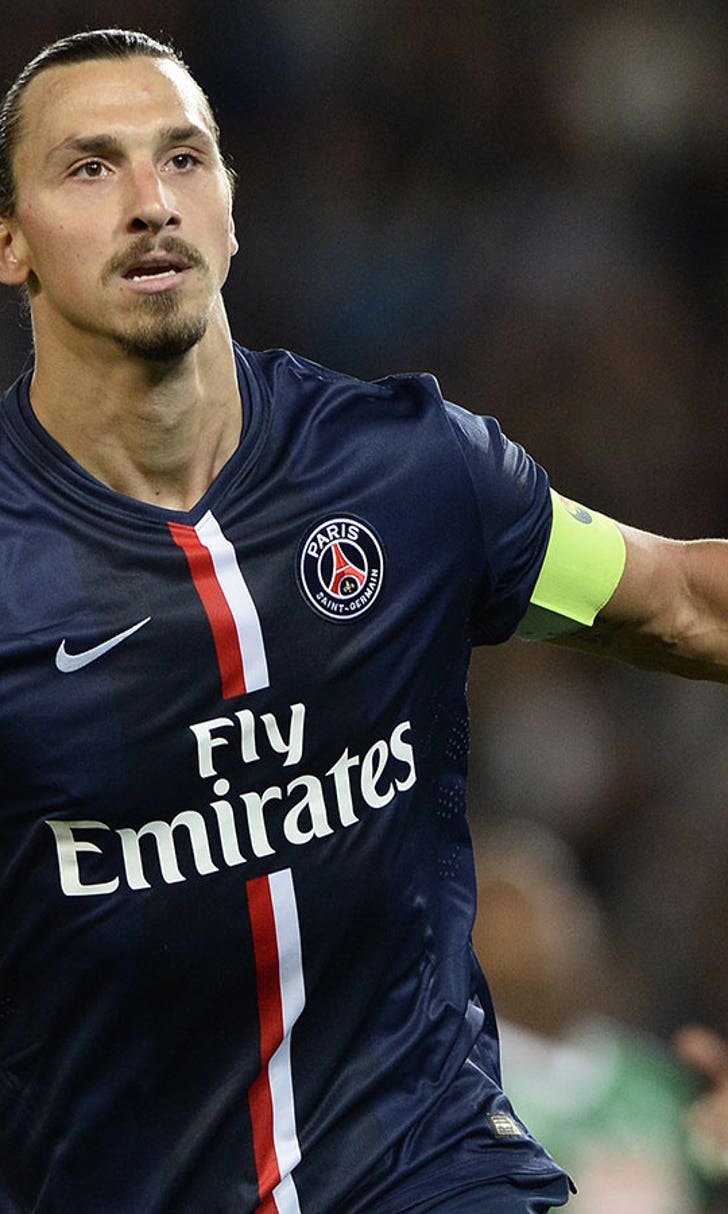 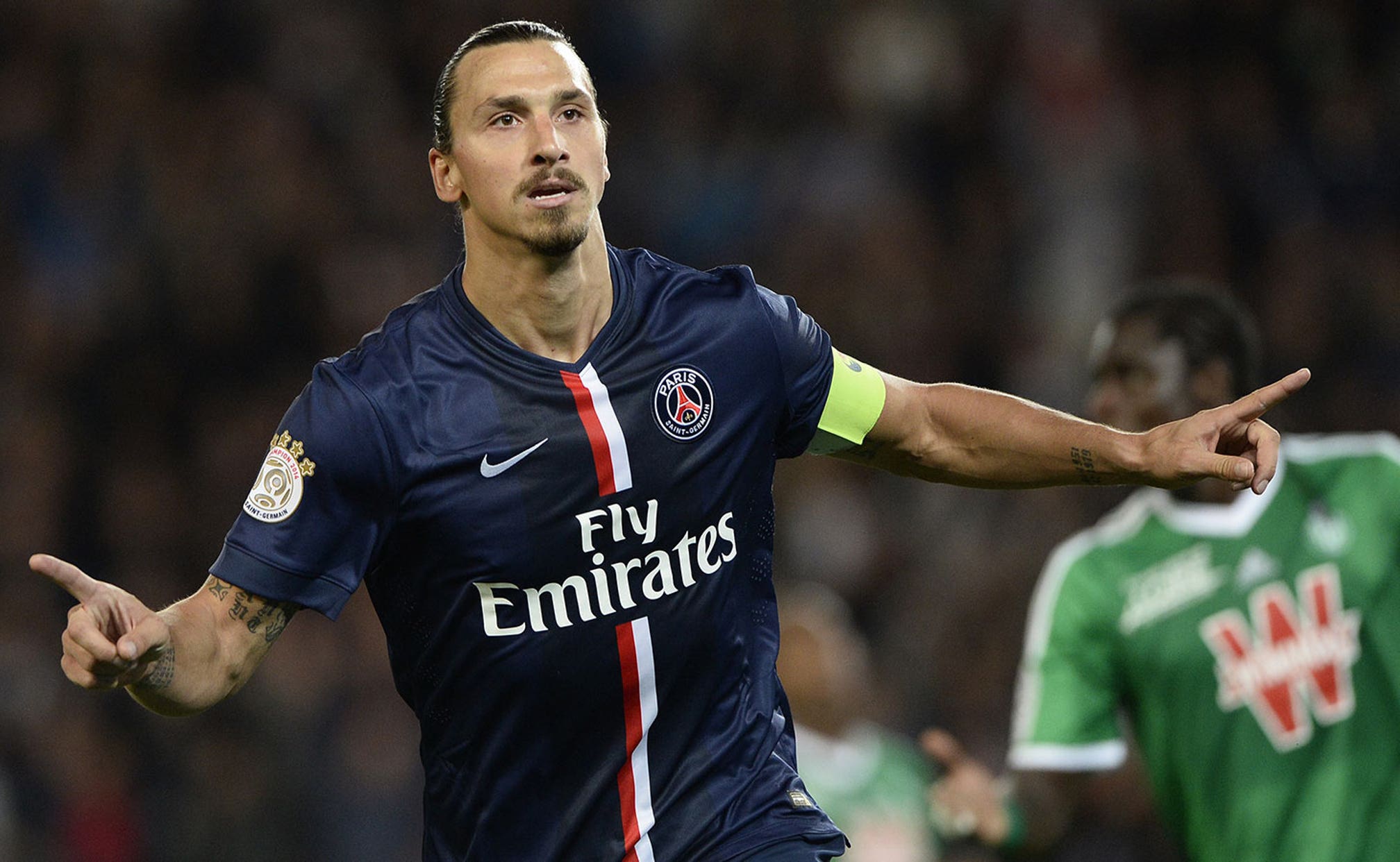 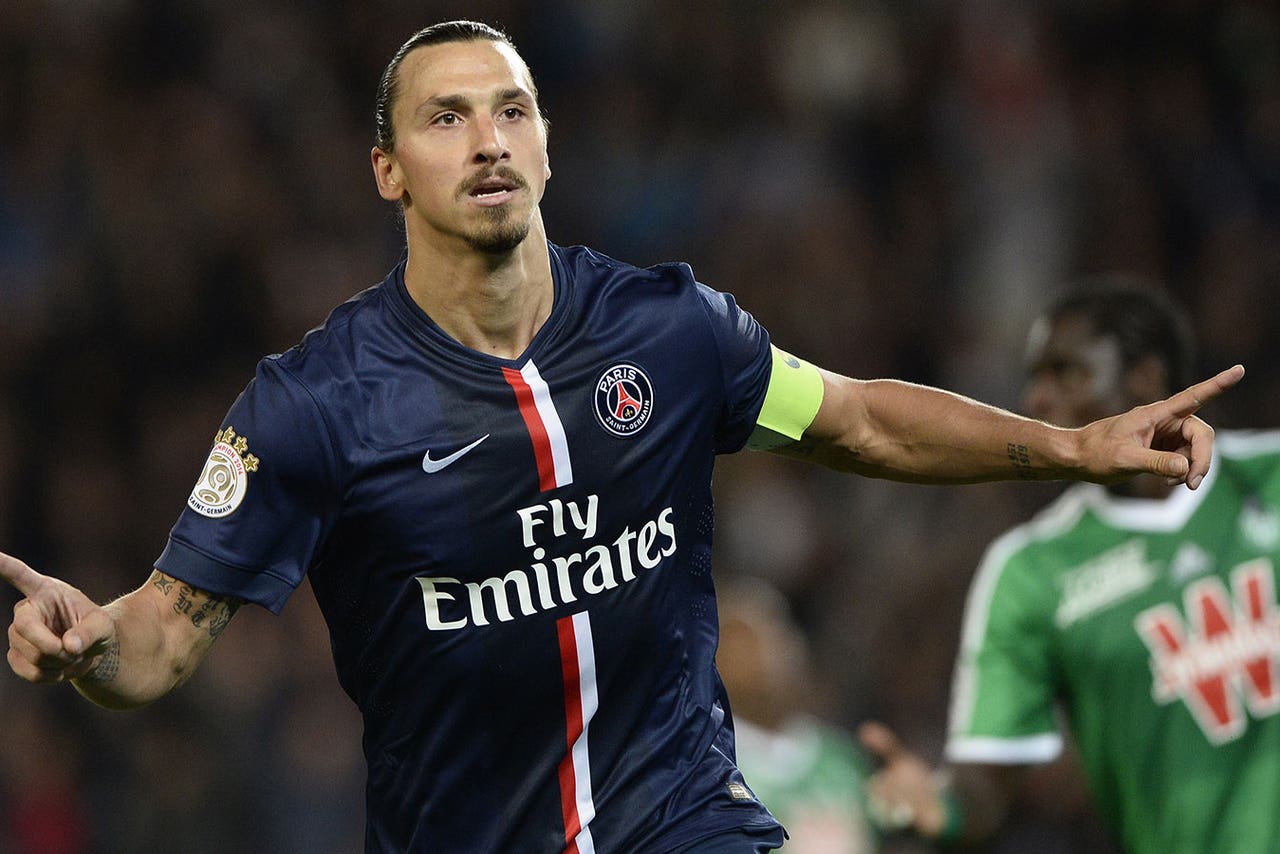 Zlatan Ibrahimovic notched a hat trick on his return from injury as defending champion Paris Saint-Germain thrashed Saint-Etienne 5-0 in France's Ligue 1 on Sunday.

Stephane Ruffier's inexplicable own goal put the Parisians ahead when he allowed Jeremy Clement's pass-back beyond him before Ibrahimovic added a second before the break. The Sweden captain helped himself to a second shortly after the hour mark and Edinson Cavani added a fourth before the Sweden international rounded off yet another memorable night with his third to compound a miserable evening for Les Verts.

The hosts made most of the early pressing without testing Ruffier before the visiting keeper made a howler and miscontrol-ed Clement's seemingly harmless pass before allowing it over the line. Saint-Etienne's first-choice stopper looked a little shaky after his error and his lack of authority allowed Lucas Moura a free shot at goal before Ibrahimovic sent the rebound wide after the initial effort was blocked.

Les Verts went close to levelling but Salvatore Sirigu made a superb save to keep out Mevlut Erding's well-taken volley before PSG doubled their lead ahead of the interval. Not for the first time, Brazilian fullback Maxwell ventured forward and his cross found Ibrahimovic who dispatched a trademark bullet header beyond Ruffier.

Cavani forced a solid save from Ruffier early in the second half with a stinging effort from distance and that was just a taster of what was to come. Yet another mistake from the visitors, this time from Kevin Monnet-Paquet, allowed Ibrahimovic in on goal and he needed no second invitation to round Ruffier and double his account for the evening.

The reigning champions did not stop there and Cavani got in on the act just a minute later when the Uruguayan took possession 25 yards out before bending a wonderful effort beyond the disconsolate Ruffier. And, almost inevitably, PSG's talismanic number 10 helped himself to a third with 18 minutes still to play. Marco Verratti made full use of St. Etienne's high line and his slide rule ball released Ibrahimovic through on goal and he did the rest to round of a great evening for the hosts.

Metz scored twice in the last 10 minutes to beat Lyon 2-1 as the once dominant team in French football continued their early-season struggle.

Alexandre Lacazette gave Lyon the lead midway through the second half, but a penalty from Yeni Ngbakoto levelled up and Juan Manuel Falcon poached a late winner for the home side.

Earlier on Sunday, Bordeaux's impressive percent start to the season came to an end on Sunday with a 1-1 draw against Bastia at the Stade Chaban-Delmas.