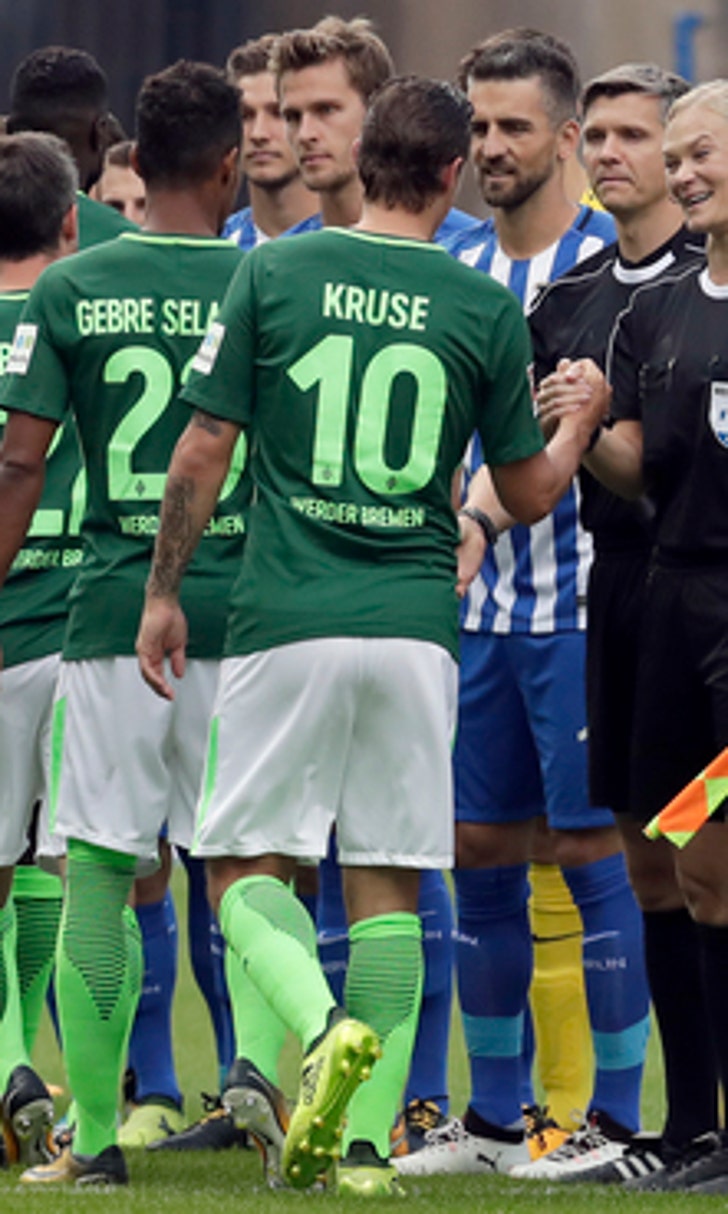 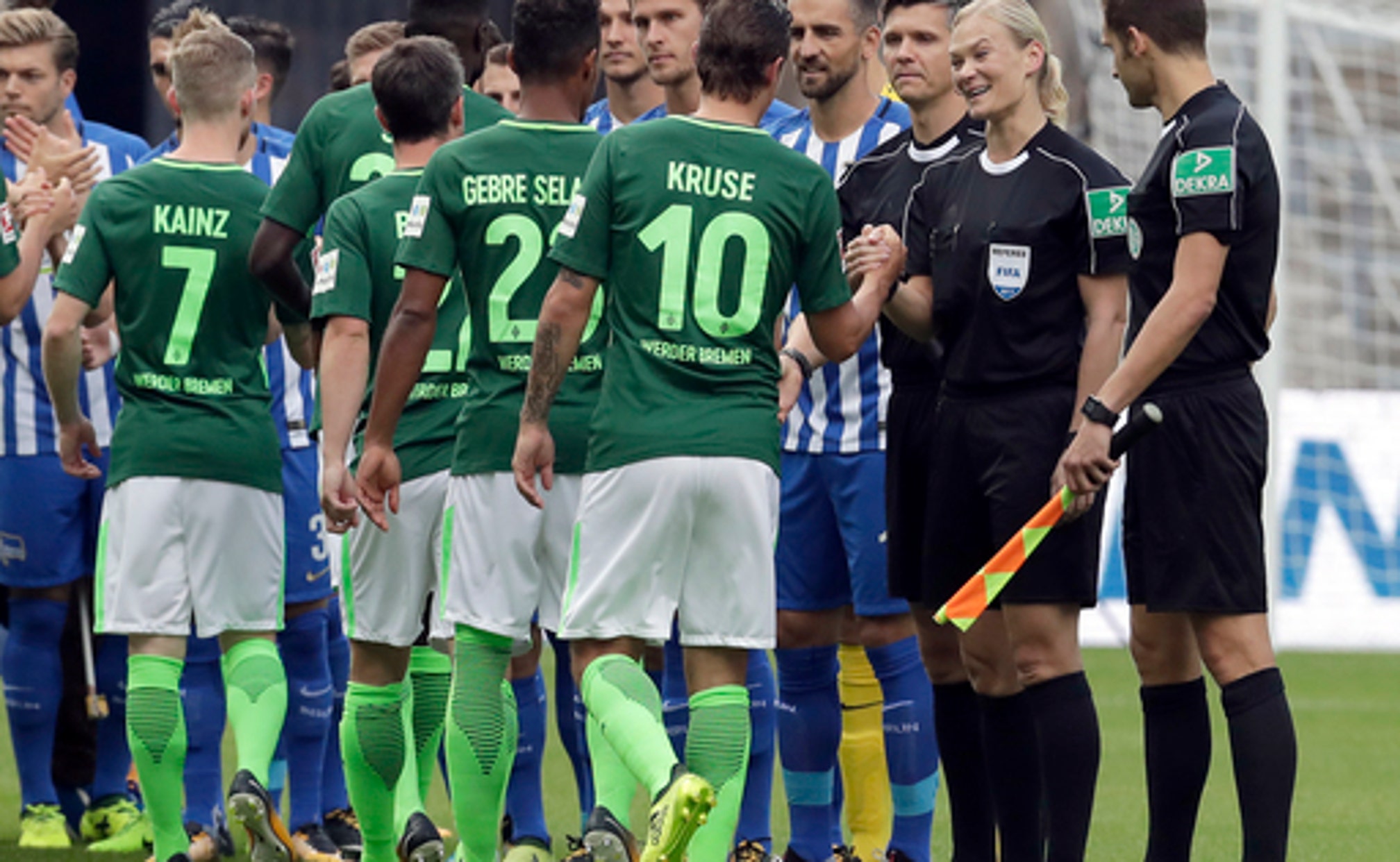 Bibiana Steinhaus, who has a decade's experience of refereeing in Germany's second division, made her debut in the top flight - an occasion celebrated by the home side with a limited offer of half-price tickets for female supporters.

Mathew Leckie put Hertha ahead before the break with a fine shot through Bremen `keeper Jiri Pavlenka's legs.

Thomas Delaney equalized after doing well to elude a defender before the hour-mark and Hertha had goalkeeper Rune Jarstein to thank for denying Max Kruse as the visitors grew in confidence.

Hertha pushed harder in the final minutes but Vedad Ibisevic was denied by Pavlenka before Kruse went close at the other end.