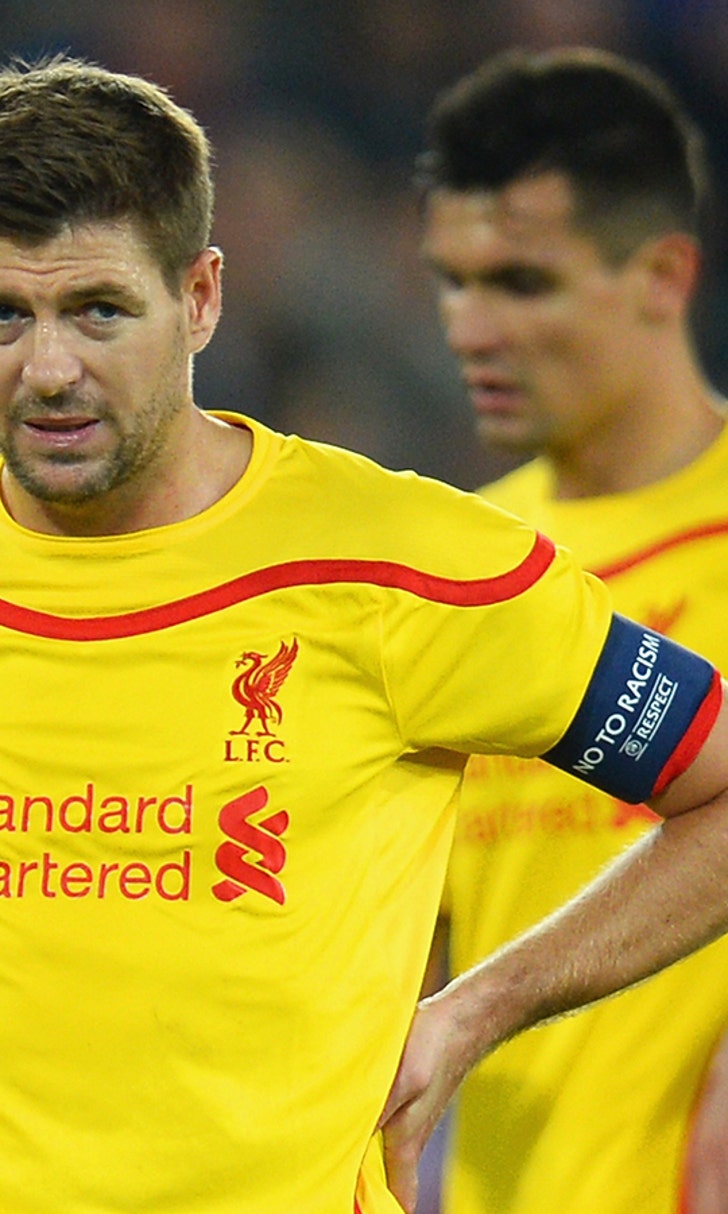 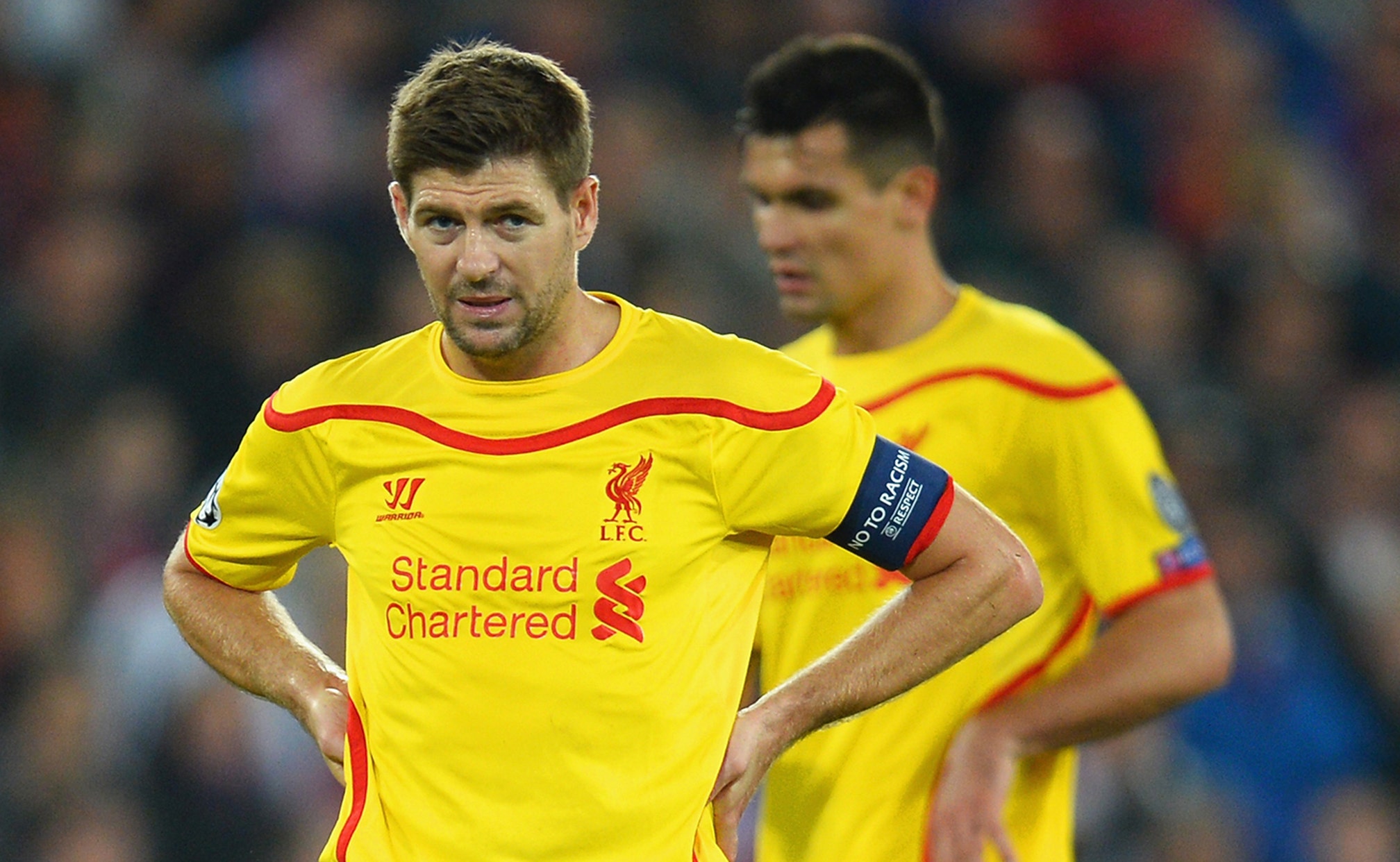 Gerrard accuses Liverpool of being soft during clash with Basel 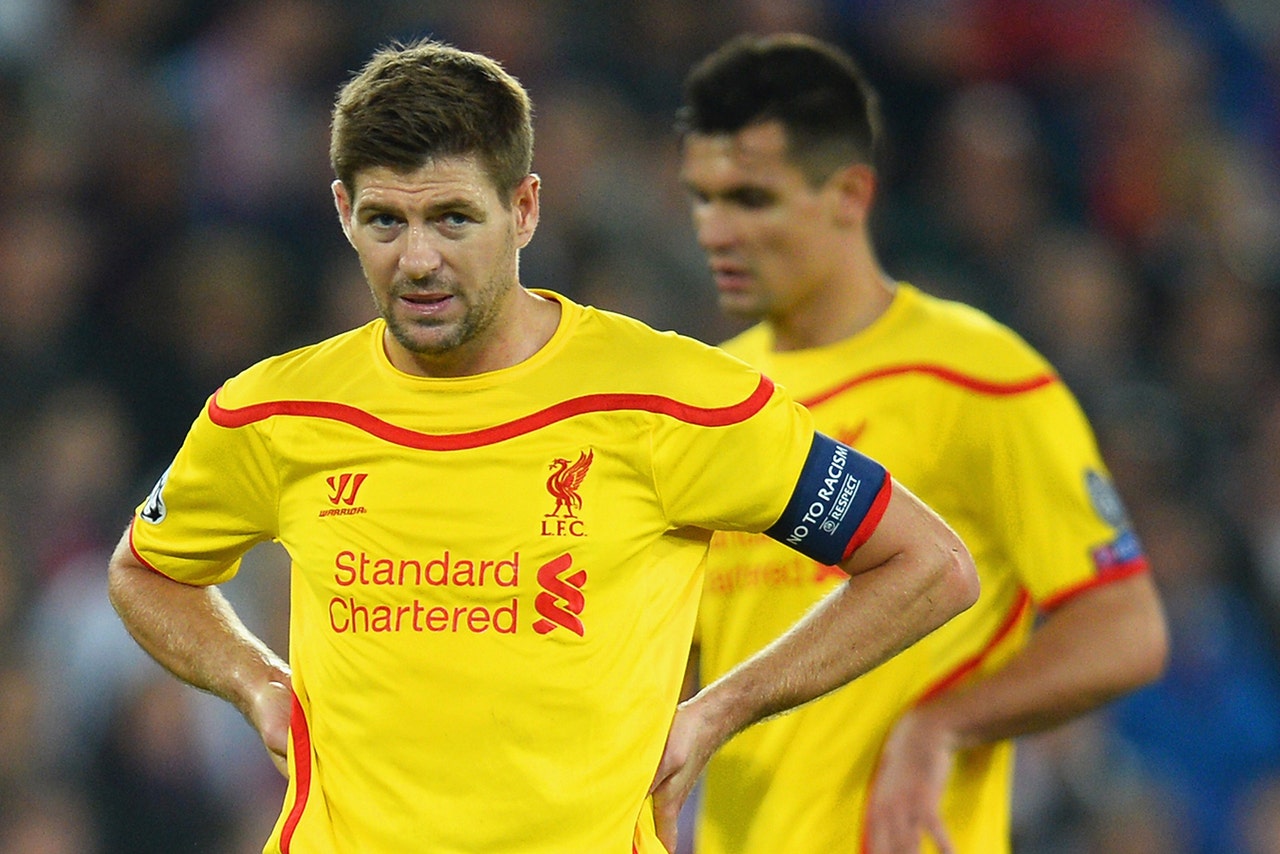 Liverpool captain Steven Gerrard blasted his side for being "soft all over the pitch" after they lost 1-0 to Basel in Switzerland.

The home side were competitive, aggressive and quick on the counter-attack and took advantage of the Reds' Achilles heel of defending set-pieces to score through Marco Streller in the 53rd minute.

Defeat puts Brendan Rodgers' side third in the group with back-to-back matches to come against defending champions Real Madrid but it was the performance against the Swiss club which concerned Gerrard more.

"I think we created a good few openings where you would expect us to go and score but we didn't deserve anything out of this game," he told Sky Sports.

"I thought we were too soft all over the pitch. I thought they wanted it more, which is very disappointing.

"Conceding again from a set-piece isn't good enough, so we need to get it right.

"You're not going to win a football match if you keep conceding from set-pieces.

"I thought we were second-best at times tonight. I think they are an okay team, but I wouldn't say we were blown off the park or that they were fantastic.

"We made it easy for them and we wanted something out of this game - at least a draw. We came for the win, I expected us to win, so it was very disappointing.

"We will discuss it, we will analyse it like we always do. There were signs against Everton that we were coming back closer to where we wanted to be.

"We were aggressive with and without the ball against Everton but we went back to where we have been for most of the season tonight, which is not good enough."

Rodgers could not disagree with his captain's appraisal of the display.

"It was far too soft the goal we conceded and it is not the first one," said the Reds boss. "It was a disappointing goal to concede with all the work we do on the training field.

"Basel have a great record against English teams but tonight was a good opportunity to get at least a point out of the game."

Balotelli began brightly but tailed off and at the final whistle stomped down the tunnel without so much as an acknowledgement to the travelling fans.

"I will speak to him to make sure he did that," added Rodgers.

"It is important when our supporters travel a long way we always make sure every player shows their appreciation."

Basel coach Paulo Sousa hailed another great night for the club after previous wins over Chelsea, Manchester United and Tottenham.

"It is a big victory - at the moment the biggest for me as a coach," he said.

"To win against an historic club like Liverpool with these players it gives you the possibility to be more positive regarding the consistency of what we are looking for.

"It was a perfect evening."