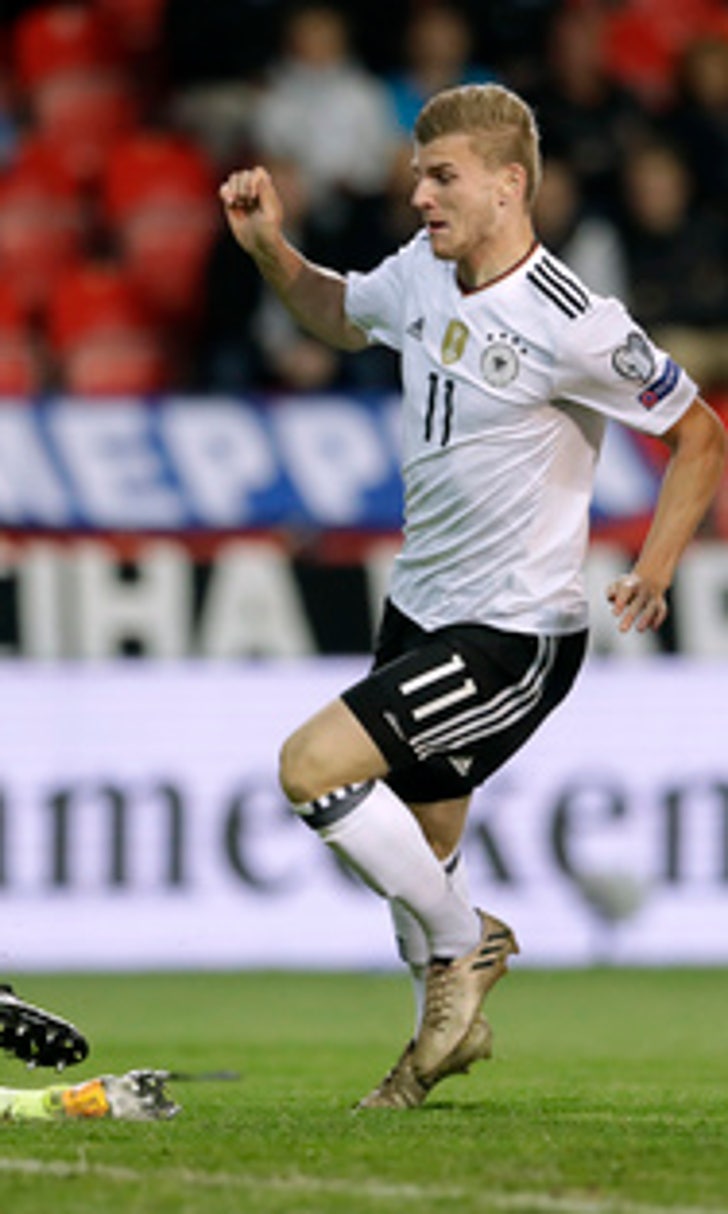 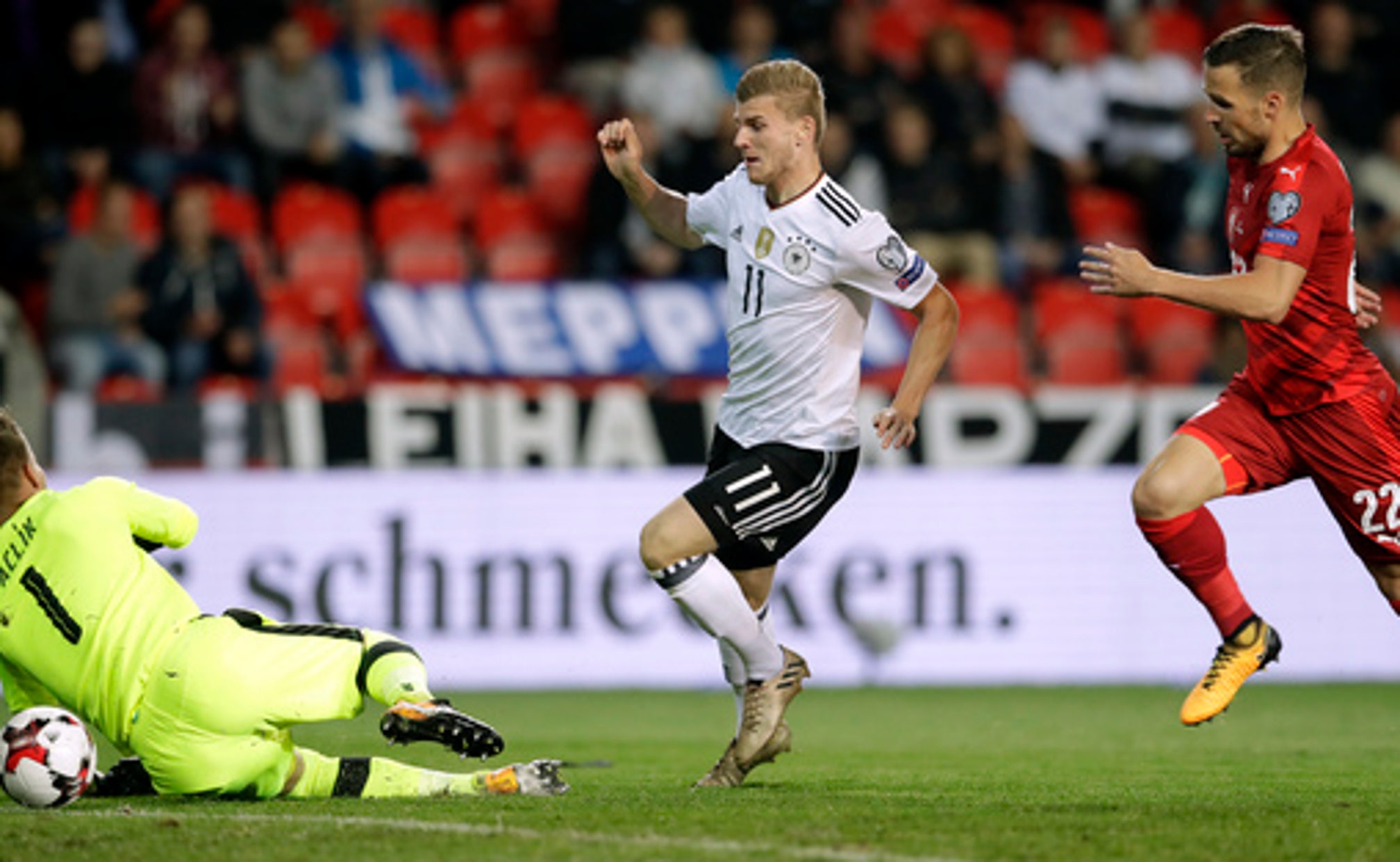 Germany on quick qualifying course with 2-1 win over Czechs

PRAGUE (AP) Timo Werner and Mats Hummels both scored as defending champion Germany remained on its uncompromising course to qualify for next year's World Cup with a 2-1 away victory over the Czech Republic in Group C on Friday.

Germany is one of only two countries with Switzerland to win all its opening seven qualifying games. It will be guaranteed first place with a home win over Norway on Monday and if second-place Northern Ireland fails to beat the Czechs on the same night.

It will be a must win for the Czechs to maintain any hopes to secure a second-place finish in the group after Northern Ireland won 3-0 at San Marino on Friday.

Group winners from the nine groups qualify automatically for the 32-team World Cup in Russia, while the eight runners-up go on to play-offs to decide the other four tournament places allocated to Europe.

With three games remaining, Germany tops the standings with 21 points, followed by Northern Ireland with 16. The Czechs have nine.

Werner scored from close range past approaching goalkeeper Tomas Vaclik four minutes into the game after collecting a precise pass from Mesut Ozil in what was Germany's fastest goal since May 2013.

The striker, who proved his lethal instincts in Germany's successful Confederations Cup campaign by scoring three goals in four games, has made his presence quickly felt in his World Cup qualifying debut.

The Germans have scored 29 goals and conceded just two in qualifying, although free-scoring Belgium has netted 33 and also conceded two.

Hertha Berlin midfielder Vladimir Darida fired a 25-meter shot into the top right corner in the 78th minute to give the hosts hope before center half Hummels headed in the winner two minutes from time.

Germany coach Joachim Loew was not in a celebratory mood after the inexperienced Czechs put his team under pressure in the second half.

''We're happy with the result,'' Loew told reporters through a translator after the game. ''We came for three points and we got them. But I have to admit it was a lucky victory.''

Northern Ireland, which last appeared at a World Cup in 1986, is closing in on a playoff spot after winning 3-0 at San Marino 3-0.

Striker Josh Magennis scored two and captain Steve Davis added the third to lead Northern Ireland to its fourth successive victory in qualifying. San Marino is last without a point.

Joshua King scored from the penalty spot for Norway in the first half and Rashad Sadigov scored an own goal in the second half.

Norway is tied with Azerbaijan on seven points, nine behind Northern Ireland.