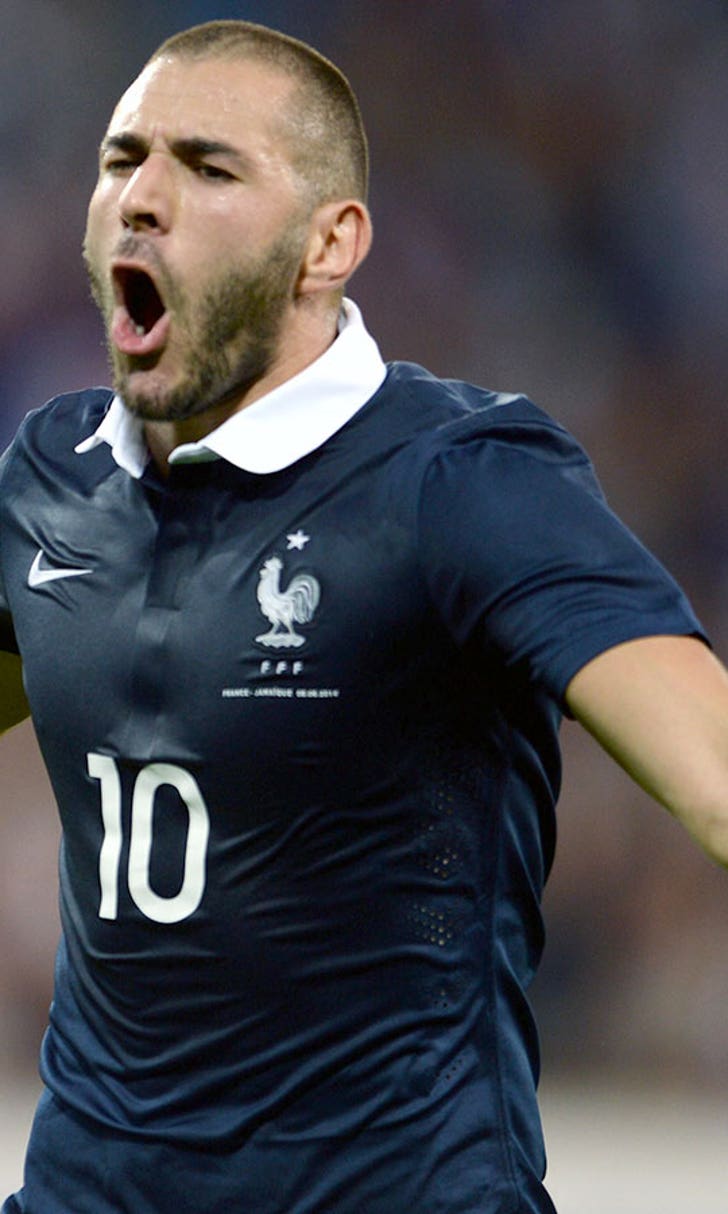 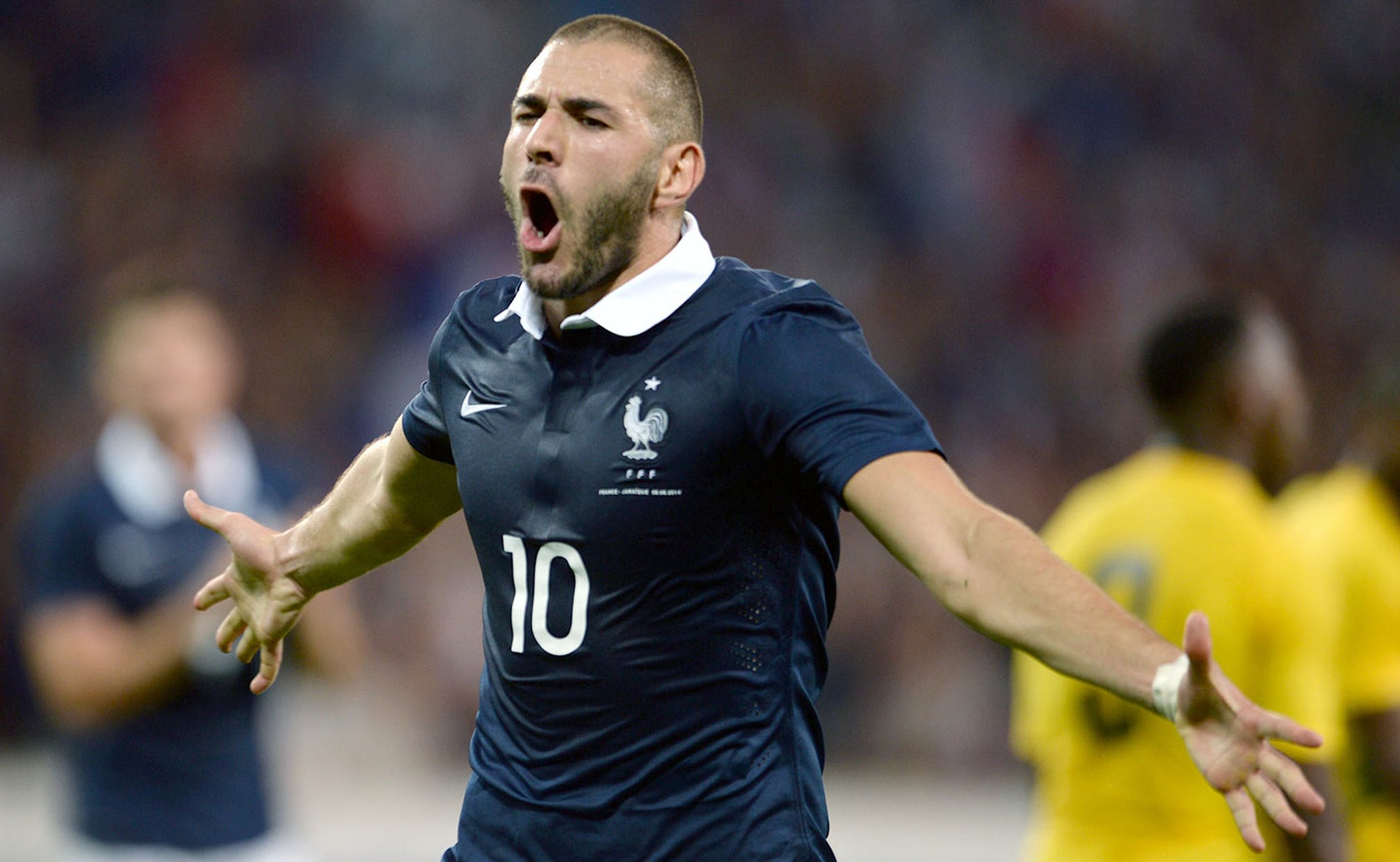 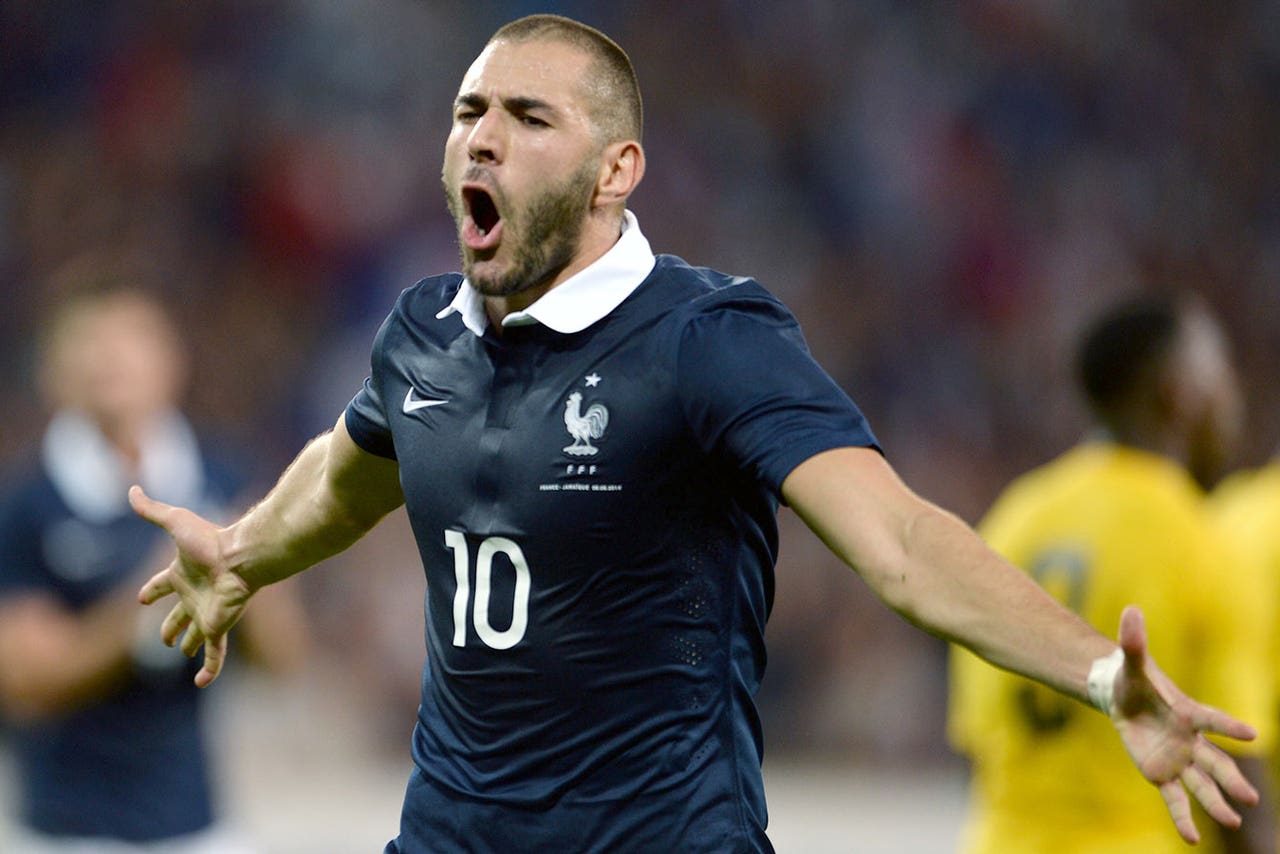 LILLE, France (AP) France heads to Brazil with its confidence high after rounding off its World Cup warm-up matches by thrashing Jamaica 8-0 on Sunday, with striker Karim Benzema scoring two and creating two in an impressive display of attacking football.

Benzema picked out Oliver Giroud for France's fourth goal and also created the second for midfielder Blaise Matuidi, who in turn set up Benzema's second.

Star winger Franck Ribery was ruled out of the World Cup on Friday because of a lingering back injury but his absence could work in France's favor as the teamwork looks much improved. Giroud set up the opener for midfielder Yohan Cabaye and left back Patrice Evra crossed for Matuidi's second of the night.

Less than a year ago, Benzema was fighting for his place after a dismal run of 15 games without a goal, but has scored six in his past six and his international tally has improved to a respectable 21 in 66.

This was France's heaviest win since a 10-0 thrashing of Azerbaijan in 1995.

Without Ribery, Deschamps will likely play with Benzema in a roaming role and Giroud at center forward against Honduras in their Group E match on Sunday. The French then play Switzerland and Ecuador.

The defense remains vulnerable to set pieces, however, and defender Adrian Mariappa almost gave the visitors a surprise lead after six minutes when he volleyed just wide from a corner.

France took the lead in the 17th minute with a well-worked team goal.

Valbuena found space on the edge of the penalty area, looped the ball up to Giroud, who showed great strength to hold off a defender before nodding the ball down to Cabaye. Sprinting into space, the PSG midfielder expertly controlled the ball on his chest before volleying home as he he slid along the ground.

The second goal came just three minutes later, as Benzema picked out Matuidi, and the PSG midfielder smacked the ball inside the left post from 20 meters.

Benzema got his first in the 38th, playing a quick one-two with Valbuena on the edge of the box, before cutting inside his marker and curling the ball inside the right post.

Benzema showed his passing is just as good when, in the 53rd, he peeled away down the left flank and picked out Giroud with a tight, curling pass and the Arsenal forward finished with a powerful shot into the left corner for his third goal in three games.

Benzema got his second in the 63rd with another emphatic finish, collecting Matuidi's clever reverse pass and hitting an unstoppable shot into the top left corner. Three minutes later, Matuidi showed his finishing skills when he ran onto Evra's cross and clipped the ball past goalkeeper Jacomeno Barrett.

With 20 minutes left, Benzema went close to his hat trick with a thudding strike against the post, and Valbuena miscued from close range moments later.

After Jamaica lost possession in midfield, Valbuena passed to Benzema, who returned the pass only for Valbuena to lose his balance as he tried to control the ball. Griezmann was on hand to collect it, swivel and finish neatly in the 77th.

His next goal, a back-heel flick in the 89th, was even better and rounded off a memorable night.

France's players got a standing ovation when they left the field.