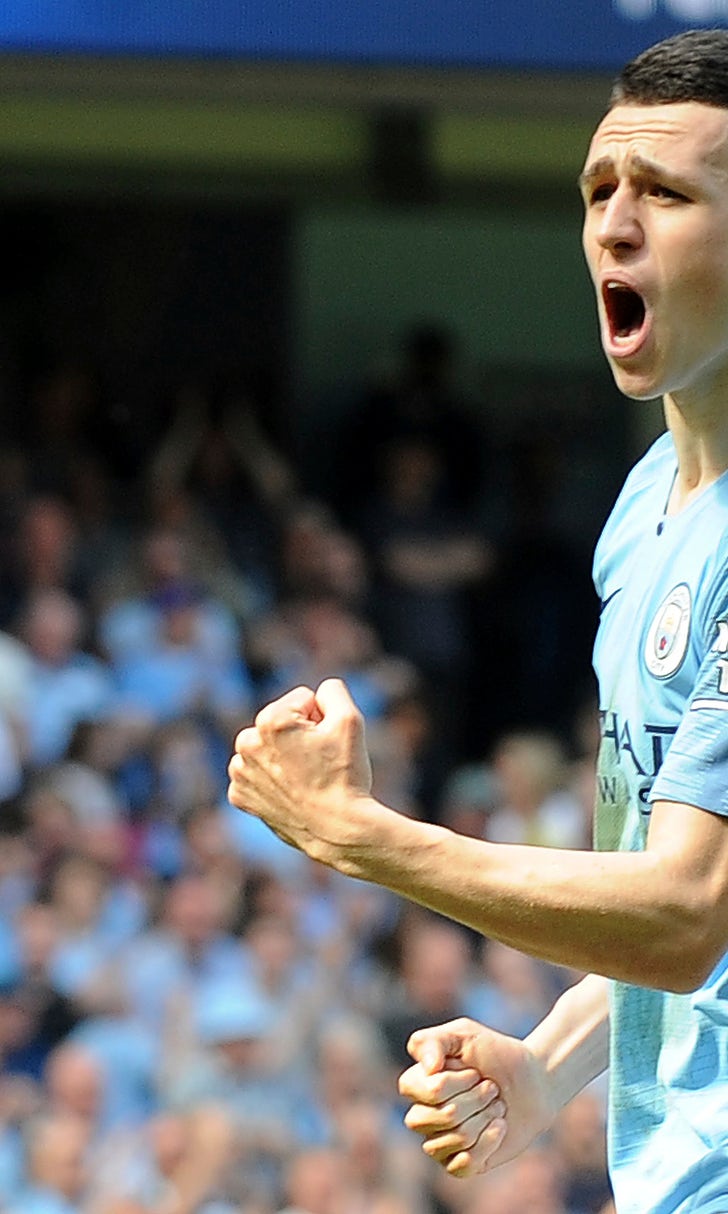 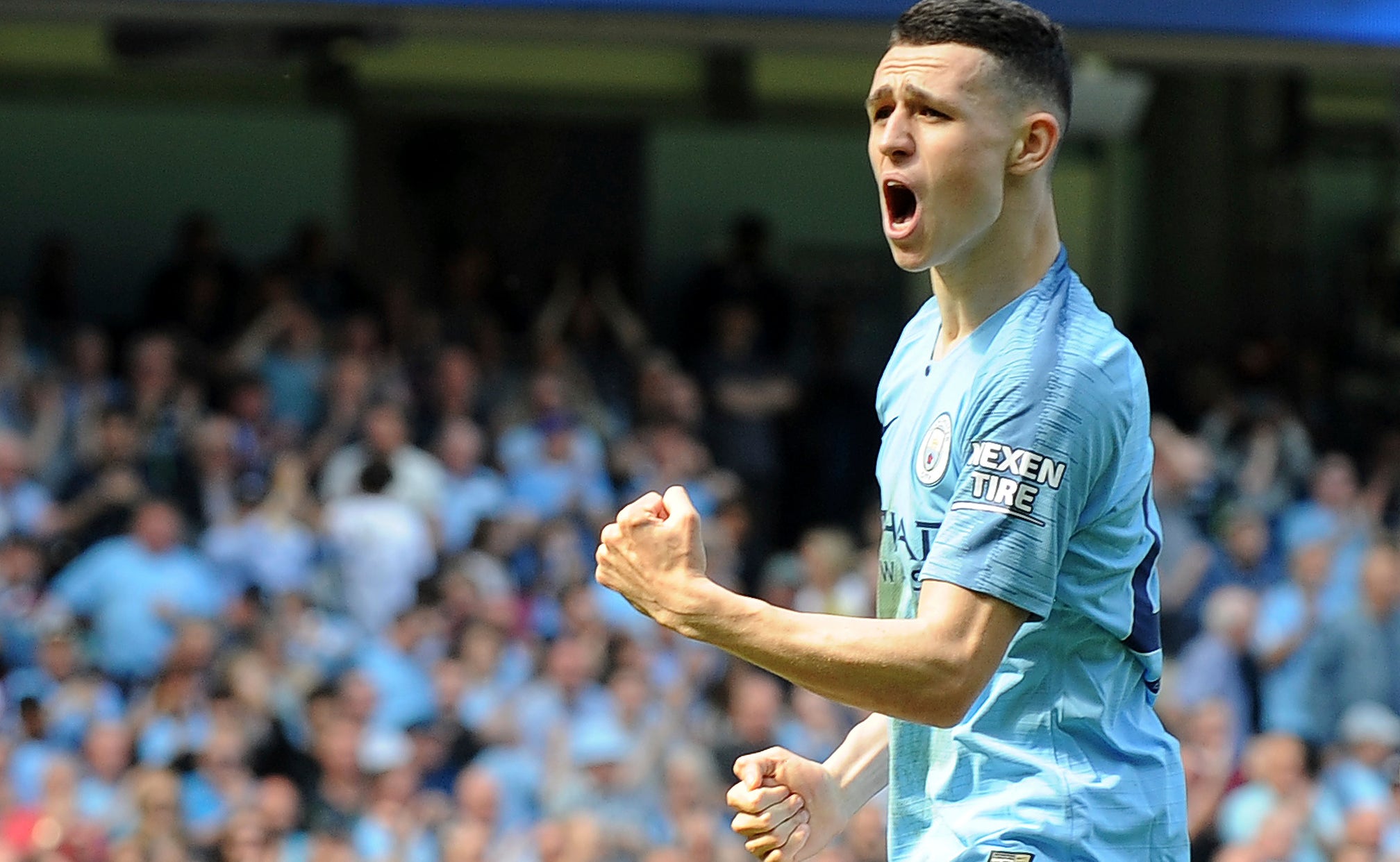 MANCHESTER, England (AP) — Phil Foden scored his first Premier League goal for Manchester City to seal a 1-0 victory over Tottenham that sent the champions into first place on Saturday and jeopardized the London club's top-four bid.

The third game between the teams in 11 days lacked the energy-sapping drama and tension of their Champions League meeting on Wednesday which produced seven goals and saw Tottenham reach the semifinals.

The 18-year-old Foden didn't even make the bench for the European quarterfinal but netted five minutes into his second league start for City.

"Phil is incredibly talented but we have to handle him in the right moment," City manager Pep Guardiola said. "We needed his capacity to press high. He's a guy who has the quality to arrive in the box. I trust a lot in him."

The only locally-born player in Saturday's lineup, Foden sent a diving header into the net from close range after Sergio Agüero nodded across the face of goal following Bernardo Silva's cross.

"Luckily I was there to take it," Foden said. "I try to get on the ball and in the box as much as I can because that's where you score goals. And today it's paid off. Every player I play with in this team, I look up to them and when you've got guys like that in this team, it's nearly impossible to beat us."

It consigned Tottenham to a fifth successive away league loss, leaving the third-place team one point ahead of London rivals Arsenal and Chelsea in the pursuit of the four Champions League places.

"It is in our hands to be in the Champions League next season," Tottenham manager Mauricio Pochettino said. "Now it's about trying to be strong and recovering the energy."

With four games remaining, City moved a point ahead of Liverpool, which is at relegation-threatened Cardiff on Sunday.

But City could face another spell without influential playmaker Kevin De Bruyne, who went off in the first half after going down holding his left knee. Before speaking to the team doctor, Guardiola said he thought the Belgium midfielder may miss the derby at Manchester United on Wednesday.

"It's a pity because now we're at the best moment of the season," Guardiola said. "We're going to miss him."

Tottenham, which was minus top-scorer Harry Kane, lost in the league for the first time without the England striker since 2017.

Son Heung-min forced an early save from City goalkeeper Ederson before Foden scored and the Tottenham forward was denied twice again before halftime.

Paulo Gazzaniga, deputizing for the injured Hugo Lloris in the Tottenham goal, was also kept busy — using his right foot to keep out Raheem Sterling's shot in the second half.

City claimed a 10th successive league win despite having penalty appeals turned down when Jan Vertonghen's hand blocked a strike from Agüero and Juan Foyth brought down Foden.

Tottenham was denied a possible penalty when the club's former defender Kyle Walker handled but, unlike in the Champions League, there is no use of VAR in the Premier League until next season.

The use of video replays in the Champions League quarterfinal on Wednesday saw Sterling denied a stoppage-time goal that would have secured City's passage into the last four as Tottenham lost 4-3 but advanced on away goals following a 4-4 aggregate result.

"We knew after that game that we wanted to give a response," Bernardo Silva said. "We wanted to keep the title race alive and that's what we did today.

"We were nervous, of course there's pressure because we're fighting for the Premier League."