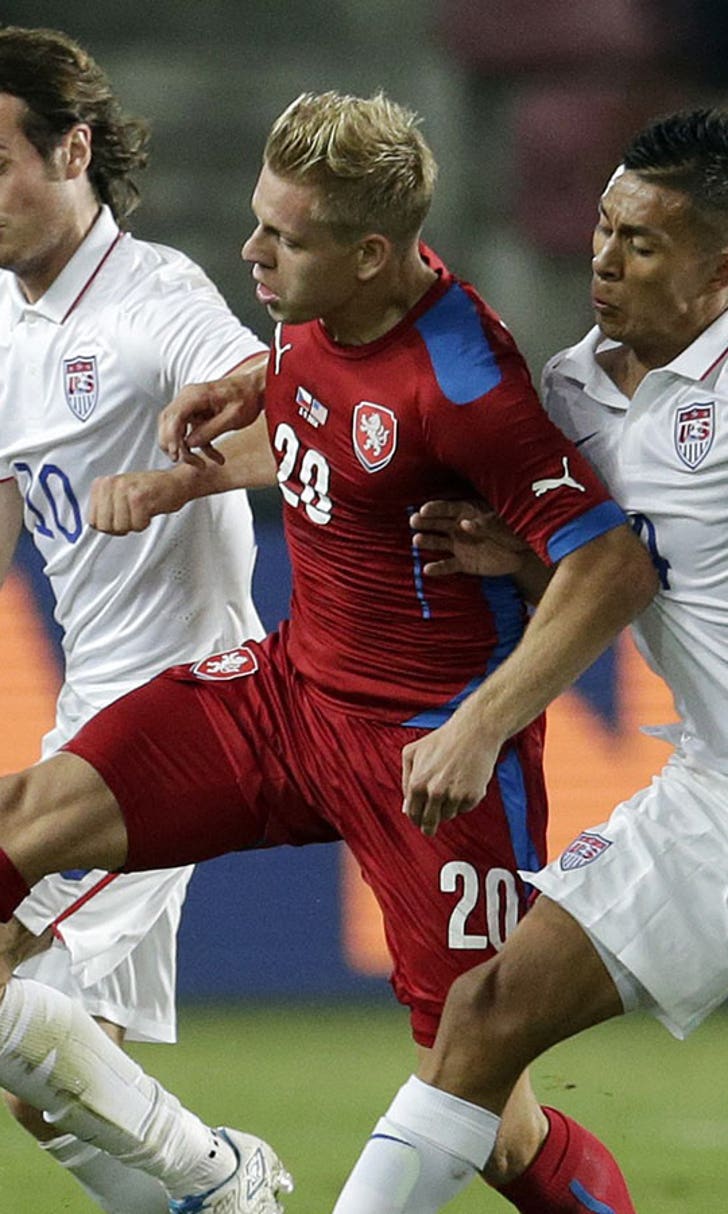 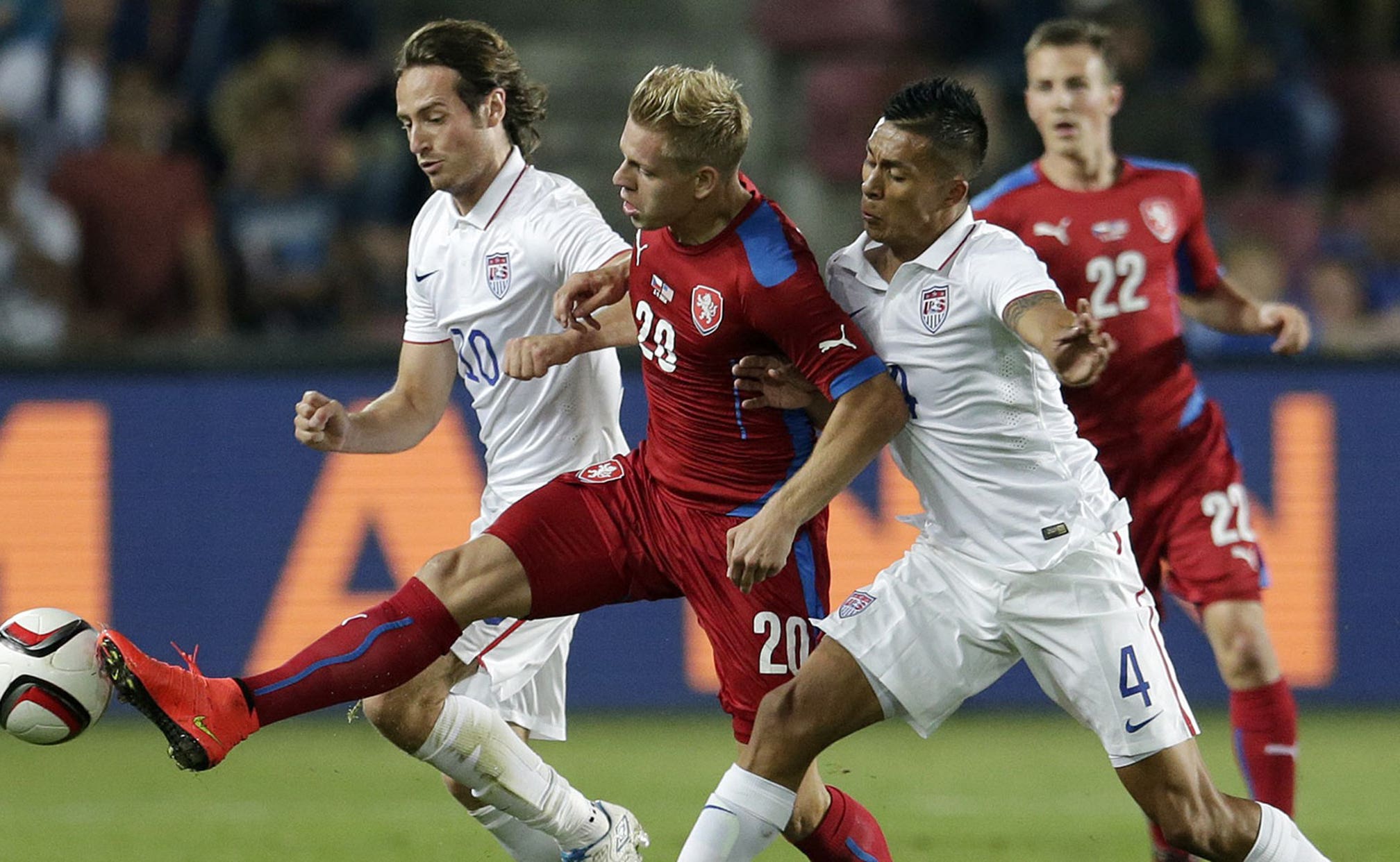 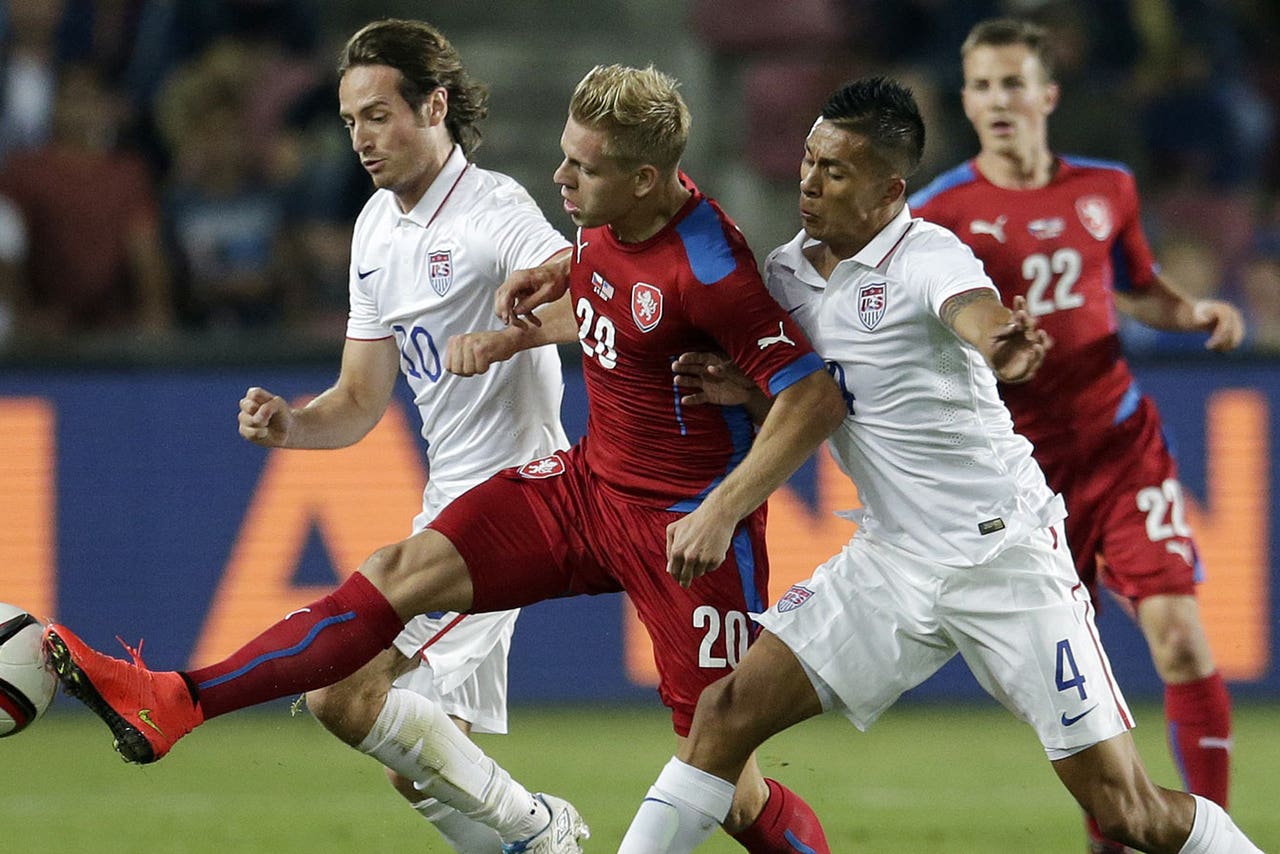 The start of a new cycle brought a change in focus for the U.S. national team. The importance of results slipped down the pecking order once the World Cup concluded. It is time to renew the team and figure out how this team will advance along the road to Russia.

U.S. coach Jürgen Klinsmann wants his players to adopt a more aggressive, confident deportment over the next four years. It is a gradual process that may not pan out in the end as the stakes increase, but this youthful group took meaningful first steps toward the ultimate objective with the 1-0 victory over Czech Republic on Wednesday.

“The transition that we talked about the last couple of days with the players -- moving the whole thing forward, keep the ball, play out of the back, find a way through midfield, not playing the ball long to Jozy (Altidore) and hope for the best -- it’s getting there,” Klinsmann said. “I think it’s a huge step. There is a younger generation of players on the field. They want to do that. They didn’t get nervous. They were high pressured by the Czech team and they still moved the ball around.”

Consider this performance as a building block for those aspirational tenets. There were fits and starts with a revamped group trying to find their way together. But it is less about the performance or the result than the methods used to secure it.

“This game is about experimenting with things,” U.S. midfielder Alejandro Bedoya said. “We were able to show some good things. At the end of the match, there were definitely a lot of positives to take from this game.”

This edition of Five Points delves into those beneficial takeaways and digs a little deeper into how they emerged over the past few days.

1. Jurgen Klinsmann set the tone for this game with his lineup

Klinsmann spoke at length about his desire to see his team adopt a more proactive approach. His starting XI – including two out-and-out wingers, three technical midfielders and a pair of fullbacks accustomed to bombing forward at every opportunity – reflected a desire to push higher and try to dictate the terms with this 4-3-3 setup. This low-key environment offered the ideal platform to shift course with more rigorous assignments ahead next year.

“Coach Klinsmann did a really great job making everyone feel comfortable,” U.S. winger Joe Gyau said after making his first appearance. “Everybody was able to come in and play. Everybody was really flexible up top. We were able to move around. We had freedom going forward. He said don’t be afraid to make mistakes. With a young team, I think that’s important people aren’t afraid to make mistakes because as young guys, we’re going to. I think it was very good. I think coach did really well with us today.”

The players – at least until they tired in the second half – did their best to heed the instructions and take their chances. They embraced the opportunity and focused on their strengths. They pushed forward earnestly. They took players on one-versus-one in a bid to get behind them. It didn’t always work out, but it did embody the sort of endeavor Klinsmann wants moving forward.

It is a welcome refresh for a side with more expansive designs over the next four years. These are the perfect nights to cultivate the desired habits in younger players and promote the expected approach, after all. Ambition does, however, come with a few associated consequences if it does not pan out with end product. 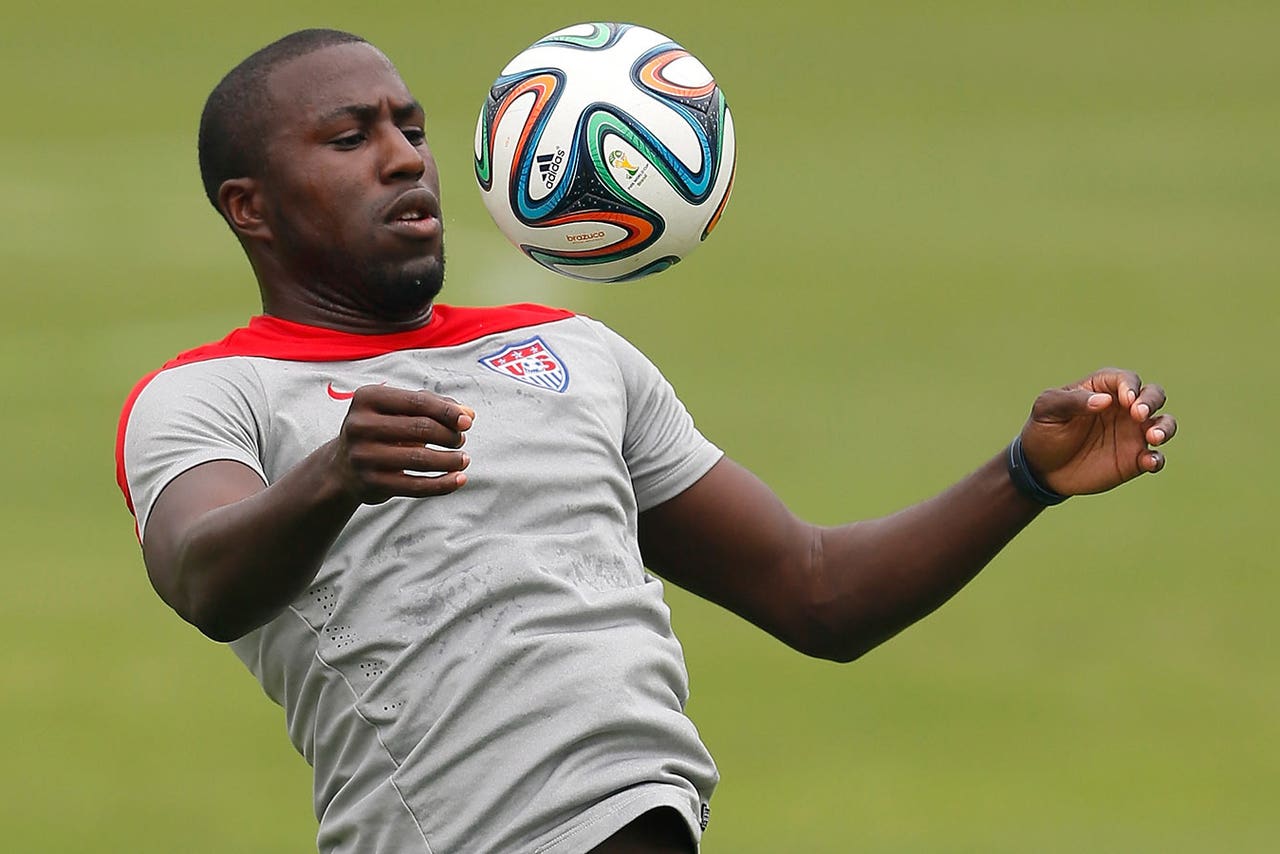 Jozy Altidore received little service on the night, but the captain of this young side exerted his influence in other ways.

The generally tidy work out of the back and through the middle third petered out when the Americans attempted to break down the Czechs. It didn’t really matter whether the U.S. tried to combine on the edge of the penalty area (64 percent completion percentage in the final third, according to Opta statistics), cross the ball (one out of 15 completed, per Opta) or play through Jozy Altidore (zero touches inside the penalty area, per Opta). Most of the threats came from shots from distance.

All of the impetus left the Americans vulnerable when they conceded possession in the first half. The wingers were often too high to help. The central midfield trio took a while to adjust and strike the right balance once the Czechs settled into the game after 20 minutes or so. The fullbacks took more adventurous positions, too. And the game stretched out accordingly.

“I think you saw, maybe at times, that we weren’t in sync in terms of one staying back (in midfield),” Bedoya said. “We’re usually used to attacking more. We got caught up a couple of times. They had some chances in the first half on the counter, where they had the best chances.”

If the Czechs could have mustered any semblance of sharpness, then they could have punished the Americans. They instead let the visitors off the hook and permitted them to figure out a more suitable way to progress. 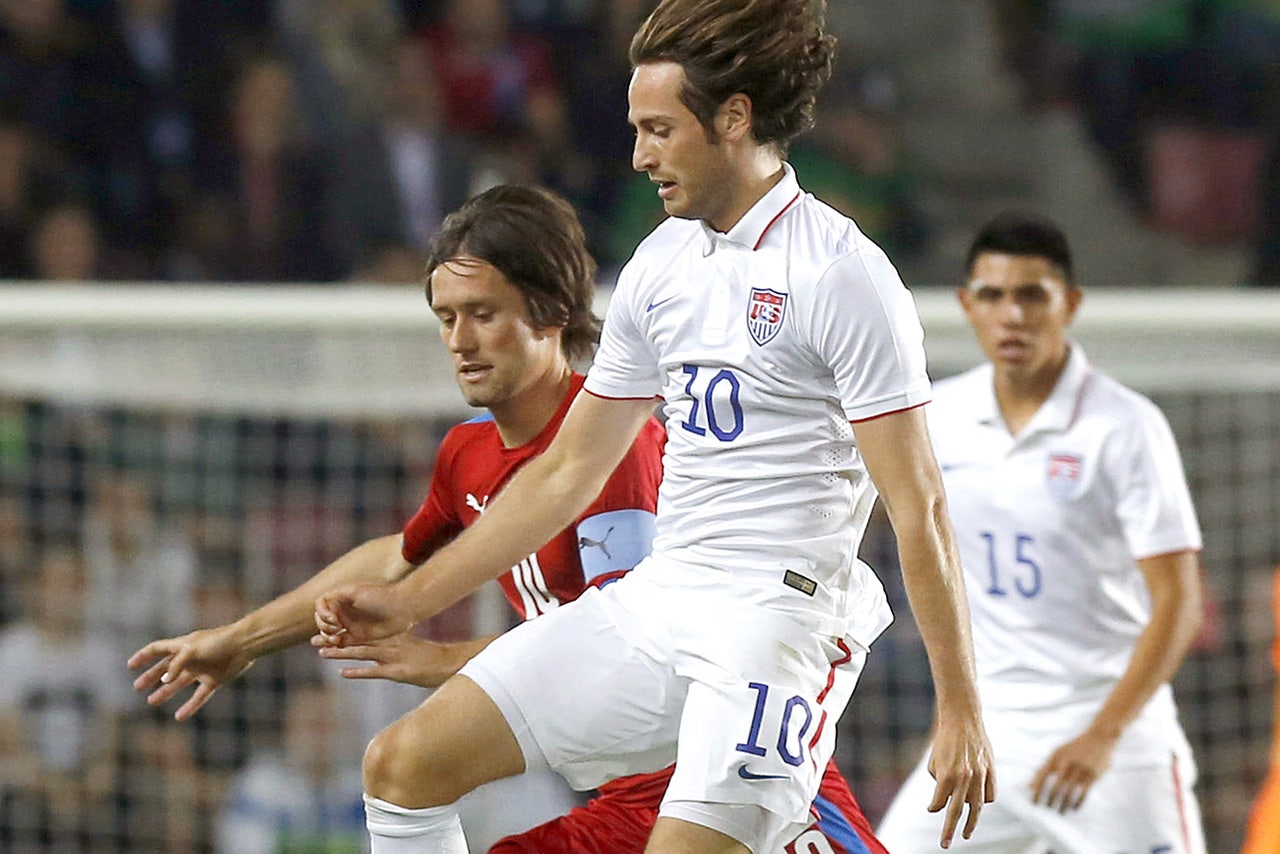 3. Timely high pressure leads to the only goal of the game

Most of the best work on this night came in the middle of the park. All three central defenders -- John Brooks, Michael Orozco and Tim Ream -- thrived. Jozy Altidore submitted a solid enough shift despite a lack of service. The central midfield trio -- Bedoya, Diskerud and Joe Corona -- established the Americans’ work in possession and then produced the winner by forcing a turnover in a good area six minutes before halftime.

Bedoya and Mix Diskerud both pressed high at exactly the right time to crowd out Vladimir Darida in his own defensive third. Diskerud won the ball and forced Petr Cech -- culpable for the entire mess with a suspect decision to throw toward Darida in the first place -- to block his initial effort. Bedoya then swept home the rebound to separate the sides on the night.

The entire sequence captured exactly what Klinsmann wants to see from his side: players willing to chase the game and then seize upon the opportunities created by that level of application. Bedoya and Diskerud both noted the emphasis on pressing higher in the pre-match buildup and highlighted the effectiveness of the tactic at points on this night.

“That was kind of what I wanted to step up in my game,” Diskerud said. “We scored a goal because of the aggressiveness in midfield. I felt like we accomplished what we tried to do. It’s us three. We like to combine and play and keep the ball in the middle. It was fun to play with Ale and Joe in the middle there.”

4. Confidence from the goal leads to brightest spell of the night

The trio in the center of the park then sparked a tidy spell right before the interval and sustained it through the opening 15 minutes of the second half. Their diligent work on the ball allowed the play to flow from flank to flank and stymied the out-of-sorts Czechs until they lifted their energy levels to compensate.

This period showed why Klinsmann wanted to try three ball-playing midfielders in that park. It likely will require some personnel adjustments and tweaking against more clinical and robust opposition, but it does point the way forward for a team with grander ambitions.

“I think they did very well,” Klinsmann said. “Technically, they are one- and two-touch players. They always have an eye for the wingers and the forwards to play the balls into their spaces and find Jozy early. That was our goal. Still, they have to learn and that’s what they’re doing. That’s why, purposely, we played them this way. We want them to become more aggressive, to go into these one-versus-one challenges and learn how to fight those fights in midfield. Eventually, we’re going to get into those fights, no matter what. I think they raised the bar for themselves doing that. That’s what we talked about before the game.” 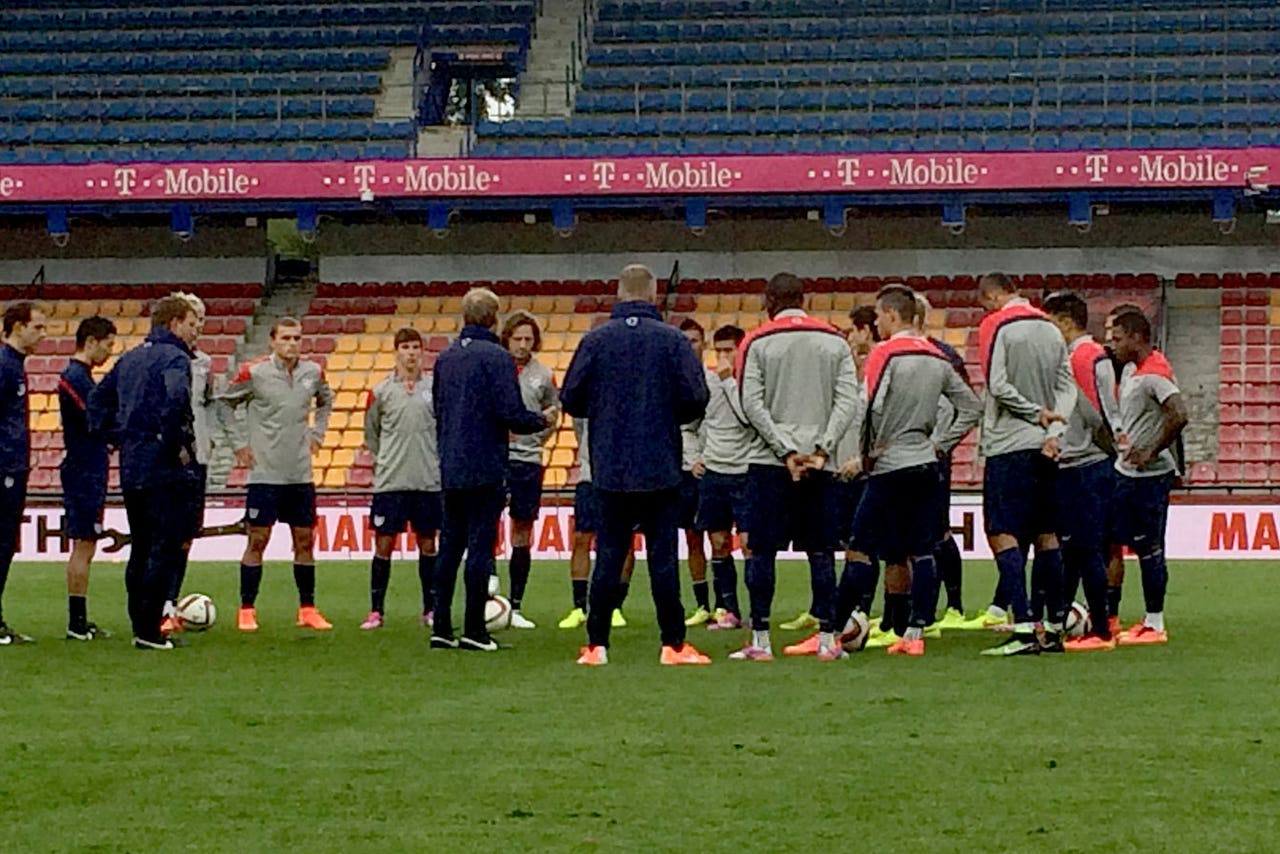 This youthful U.S. side -- including debutants Greg Garza, Joe Gyau and Emerson Hyndman -- will benefit from Czech Republic's late push for an equalizer.

5. Late bombardment and subsequent escape provides valuable experience (and lessons) for the future

It took far, far too long for the Czechs to display any interest in the game. Vaclav Pilar and Tomas Rosicky flickered to life from time to time, but the home side largely coasted through the game with one eye on the Euro 2016 qualifying opener against Netherlands on Sept. 9.

Their belated decision to increase the tempo and ramp up the pressure in the final 20 minutes placed the fading Americans under rigorous examination. The visitors defended gamely and held out as best they could by closing space and keeping their shape, but their lack of fitness at this level proved painfully obvious nevertheless. Nick Rimando produced save after save to backstop those efforts. A better Czech side probably would have equalized at some juncture, but the Americans saw the game out to combine the valuable exercise with a confidence-boosting victory.

“For us, it was a tremendous experience,” Klinsmann said. “For our young group of players, I think they did very well. They experienced a game that went 90 minutes or a few minutes more. I think it looked, overall, very good until the last 20 minutes where you could see the legs were getting heavy. This is just an experience where they have to learn to play the same rhythm and flow until the last minute.”