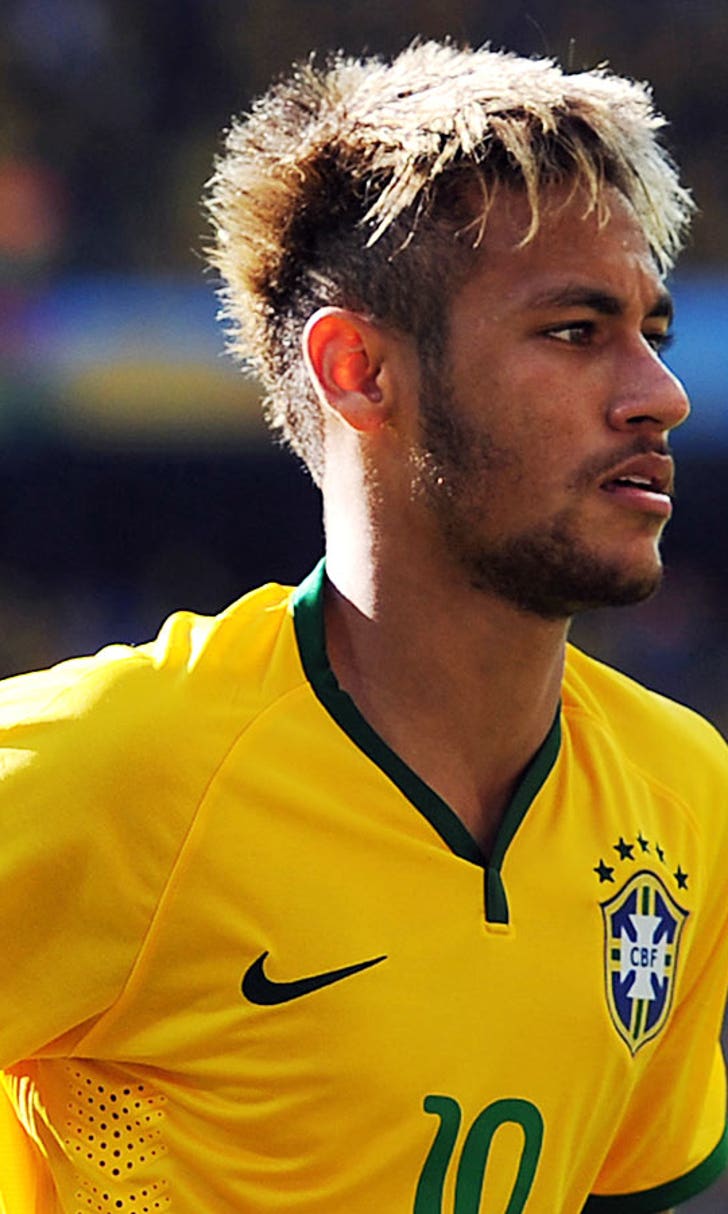 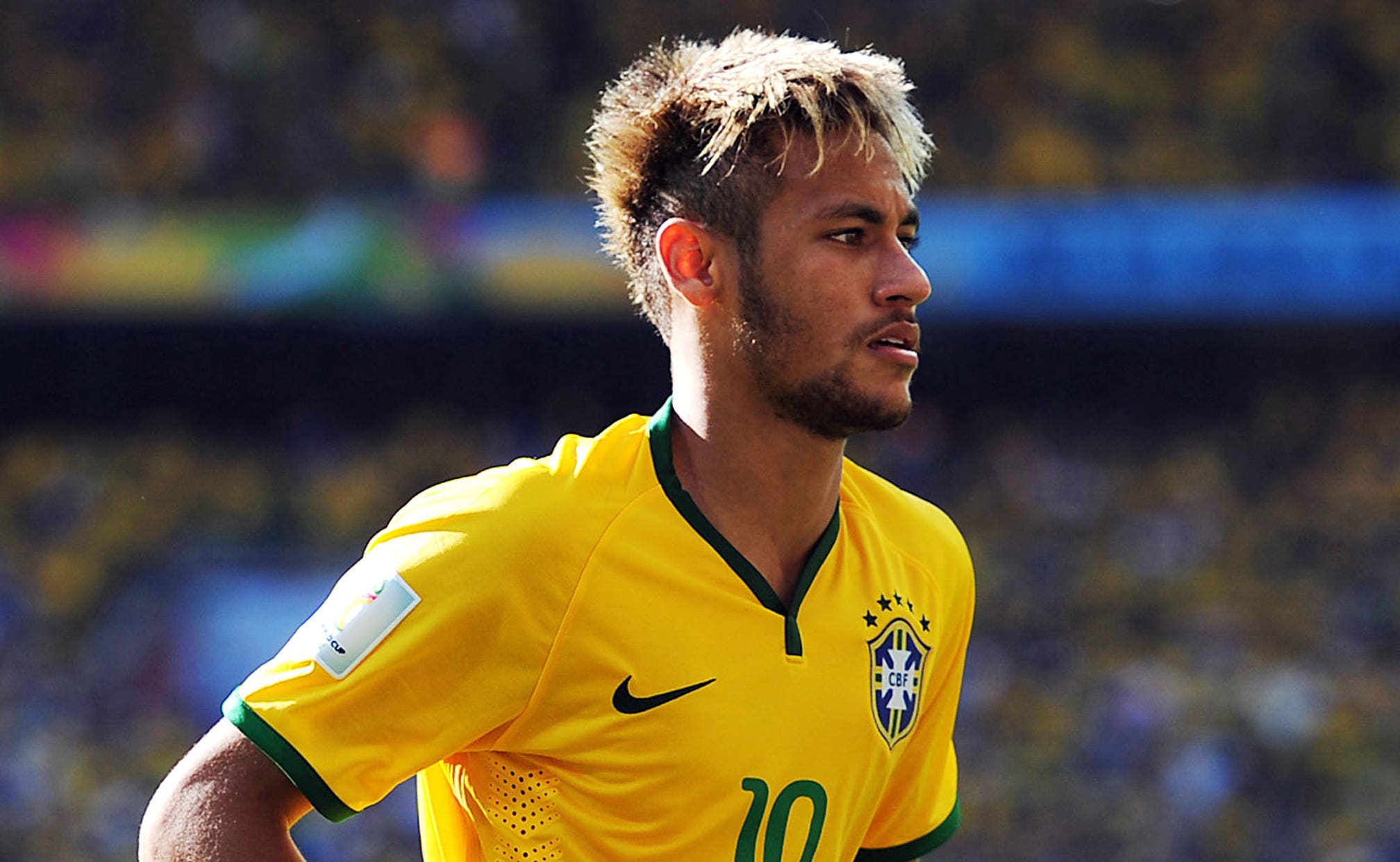 The business end of this compelling World Cup is now upon us. Most of the interlopers are already home. The final eight is comprised by three of the four favorites entering the tournament and five sides still trying to upset the established order.

The next two days will offer the upstarts a chance to disrupt the anticipated pecking order. The constant upheaval to date provides an opening for further tumult. It is now down to these eight teams to determine how the remainder of this journey will unfold. This edition of Five Points looks ahead to the challenges ahead in the four quarterfinal ties.

Thin margins leave little room for error across the board

Execution matters a great deal at this stage of the tournament. The reducing margins between the teams – with the possible exception of Netherlands-Costa Rica – requires a corresponding improvement in performance. Too many of the favorites lurched through their round of 16 matches, but their opponents did not manage the game properly or possess the quality to truly punish them for it.

Those days are over now. Every side must devise a way to grind through these difficult matches without making critical errors or muddling through at something less than top form. This tournament – particularly in the absence is a great team – remains wide open. It is incumbent on the sides still involved to grasp the opportunity at hand and perform accordingly.

Brazil must rely on structure to create opportunities against Colombia

Luiz Felipe Scolari crafted his team for exactly the sort of challenge ahead on Friday afternoon. Colombia is mobile and quick going forward, but it possesses some holes at the back. It is incumbent on the home side to retain its defensive shape appropriately to punish the expansiveness of its opponent and secure a place in the last four.

Most of the hard work starts with limiting the influence of Juan Cuadrado and James Rodriguez. If Jose Pekerman retains his 4-4-2 shape (he could opt for 4-2-3-1 to match Scolari), then Cuadrado and Rodriguez will float inside as nominal wingers and rove around looking to combine in good areas. Their movement pulls apart opposing defenses and tucks into the middle enough to allow Pablo Armero and Juan Zuniga to dash forward from their fullback positions. It is a threat Colombia has used to good effect to reach this point in the tournament with both Cuadrado and Rodriguez among the top performers so far.

Stopping the Colombians from running rampant will require a cohesive defensive effort. Brazil must force Cuadrado and Rodriguez into congested areas – there is a reason why the Selecao opts for two holding players in front of the back four, after all – and then punish Armero and Zuniga for advancing higher up the field. This is an exercise in containment first and foremost with Dani Alves and Marcelo essentially forced to tend to their defensive duties more willingly.

Once the ball turns over, Brazil must strike quickly. Hulk (when he isn’t tracking Armero, as he may need to do) and Neymar need to sit in the wide areas to present viable options and punish Armero and Zuniga for leaving their posts. The direct service out of the back – whether through longer balls or tidy passing combinations – must facilitate sweeping moves with some urgency.

If Brazil can retain its shape properly, then it should find opportunities to obtain possession in the middle of the field, push it into the wide areas to Hulk and Neymar and then surge forward on the break. It is exactly how Scolari designed this side to operate. His players must implement those plans at a high level to usher the Colombians out of the tournament.

Width holds the key for potential French upset against Germany

The constant changes up front by France boss Didier Deschamps reflects the need to accommodate Olivier Giroud – the sort of player not accustomed to sitting on the bench – and place Karim Benzema in positions to make an impact. It has worked at some points tournament, but it failed during the round of 16. Benzema flitted in and out of the game on the left against Nigeria due to a lack of service. He may feel most comfortable in his natural position, but he must return to the middle to give France a chance to topple Germany.

Germany boasts a potential crippling weakness at fullback. Jogi Löw’s stubborn approach to defensive selection leaves him with Benedikt Höwedes at left back, Jerome Boateng on the right and Philipp Lahm miscast in central midfield. Boateng deputized in central defense for the ill Mats Hummels in the victory over Algeria, but he is likely to return to the right with Hummels.

This setup presents an advantage for France on the break if Antoine Griezmann wins his place back on the left. Griezmann and Mathieu Valbuena boast the necessary tools to exploit the high German line and torment Boateng and Höwedes by either beating them one-versus-one or dashing past them out wide.

Algeria nearly overcame the Germans by dashing forward quickly to unsettle the German back four. If France can hold out in its own half (and it will face the sort of scrutiny it might not withstand if Germany improves and names the direct Andre Schürrle in the starting XI), then it could press Germany on the break and use Griezmann and Valbuena to tear apart the Germans and lay the foundation for Benzema to thrive through the middle. The plan may or may not secure a semifinal berth, but it does represent France’s best chance to win the game.

Argentina must ally endeavor with incisiveness to hold off Belgium

Argentina must build upon the encouraging use of width in its round of 16 victory over Switzerland and unsettle Belgium from the outset. If Argentina asserts dominion over the game early, then it can mitigate the Belgian threat by retaining possession in good areas and unlocking the unsteady Belgian defense.

Everything starts with the width created against the Swiss. Argentina will push numbers forward and retain possession, but it is those wide players who must thrive without settling for crosses time and again. Angel di Maria and Ezequiel Lavezzi must challenge Toby Alderweireld and Jan Vertonghen constantly. This is the game where Argentina can break out those two-versus-ones and three-versus-twos in the wide areas to punish Belgium for playing with four central defenders strung across the back.

The successful play in the wide areas will open up gaps for Lionel Messi to explore in the channels and through the middle. Messi boasts the change of pace to get away from Axel Witsel and navigate into those spaces. His continued success in the tournament stems from starting in wider areas and then tucking back in-field. This game is suited perfectly for him.

Argentina must mind its work in possession to limit the Belgian threat on the break. Poor turnovers in bad areas could leave the shape exposed. Kevin De Bruyne and Eden Hazard need tracking even when Argentina is in possession. Their movement – plus Romelu Lukaku’s robust presence and Marouane Fellaini’s aerial threat – poses problems for a rickety Argentinian defense, but the Belgian desire to push forward – if the Argentinians can hold out – provides plenty of room to respond in kind on the counter.

The balance in this game favors Argentina. If Argentina can keep the ball wide and pile the pressure on the Belgian defense, then it should tip the scales enough to advance to the semifinals.

Netherlands must remain patient against Costa Rica to progress

The circumstances in the 2-1 victory over Mexico – including the early Nigel de Jong injury and the subsequent shift of Daley Blind into midfield – left the Netherlands flailing around in possession for much of that game. Louis van Gaal tweaked things accordingly with a back four in the second half and watched his side improve markedly. He may or may not stick with that setup, but his players must function at a higher tempo on the ball to unlock the dogged Costa Rican defense.

Wesley Sneijder must grab this game by the scruff of its neck to help the process along. The veteran playmaker needs to adopt a flexible position to facilitate the play and move the ball quickly. If he is able to exert his influence and then subsequently tug Yeltsin Tejeda out of position in the middle, then he will create more operating room for others.

There are other elements to weigh, too. Width is an important asset against Costa Rica to stretch out the shape, though it is difficult to get in behind the five-man back line. The fullbacks or the wingbacks must manage their opposite numbers (particularly when the ball turns over), stretch the field horizontally and switch the play with diagonals early. Arjen Robben and Robin van Persie need to drop off the line from time to time to help those efforts and place themselves in more threatening positions against a Costa Rican side unlikely to leave much room to counter or play in behind the line.

All of those measures carry the additional burden of sharpness. Netherlands must exhibit plenty of care on the ball to avoid starting the Ticos’ break with the rearguard exposed. This is a game the Netherlands will likely win, but it must avoid mistakes and bide its time for the right opening in order to book a place in the last four.