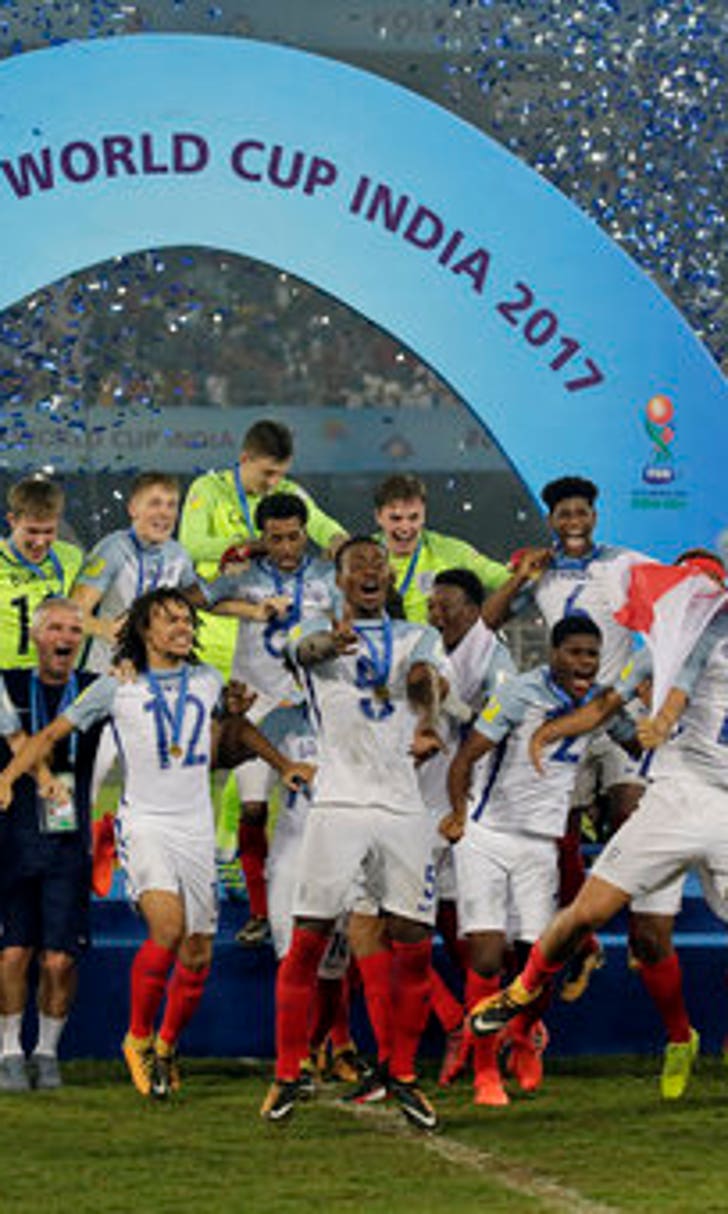 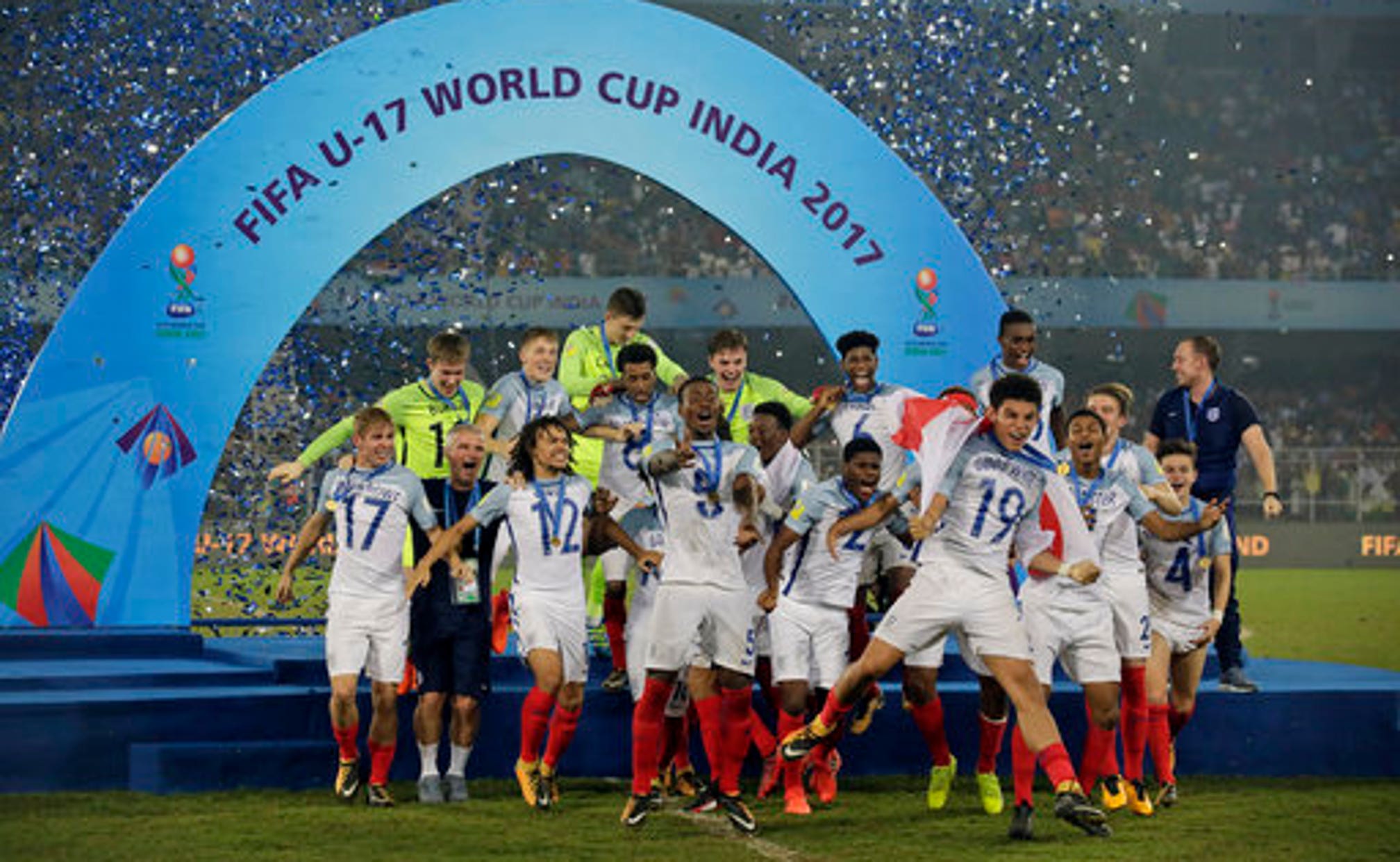 KOLKATA, India (AP) England came from two goals down to trounce Spain 5-2 and win its first Under-17 World Cup on Saturday.

Spain scored twice in the first half, and England halved the lead by halftime of a riveting final before a crowd of more than 66,000.

The English added four more goals in the second half, to add the under-17 title to the world under-20 won this year in South Korea.

It was England's first appearance in the under-17 final, and Spain's fourth without success. Spain beat England in May to win the European Under-17 title.

England striker Rhian Brewster, who scored in the first half, finished as the tournament leading scorer with eight.

The final was fitting for a tournament which set a record for total attendance - 1.3 million spectators eclipsing the 1 million six years ago in Mexico - and scoring - 183 goals, 11 more than in 2013 in the United Arab Emirates.