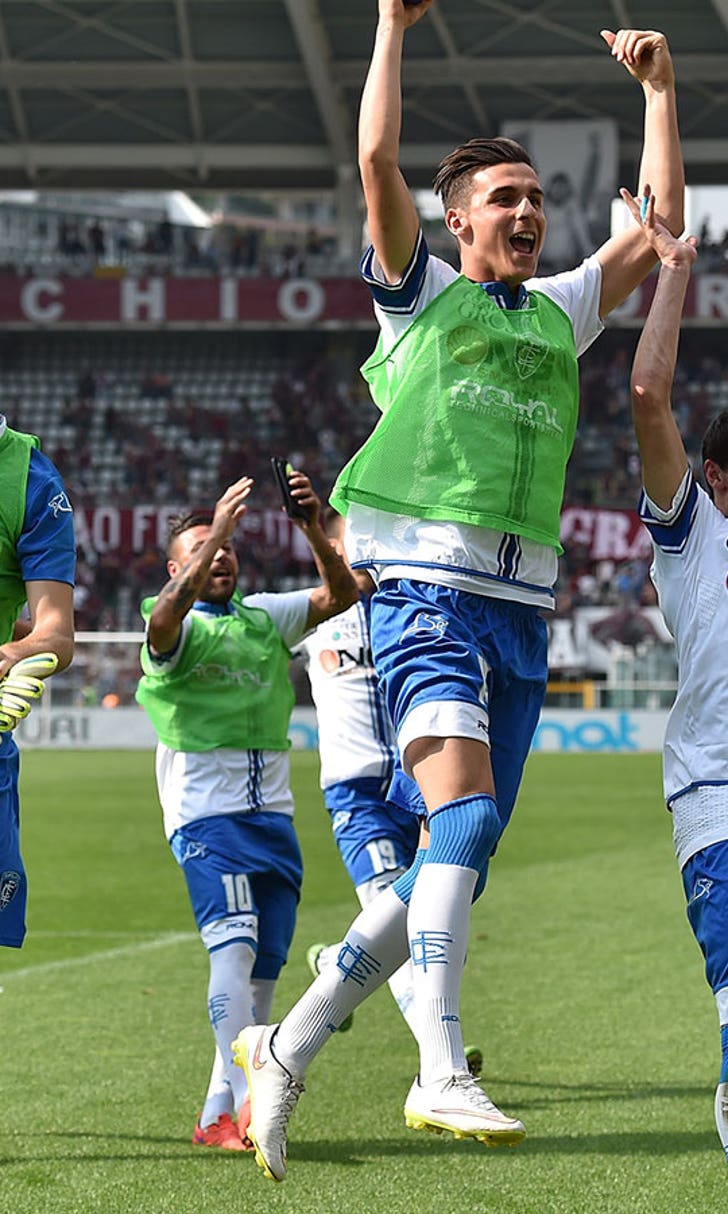 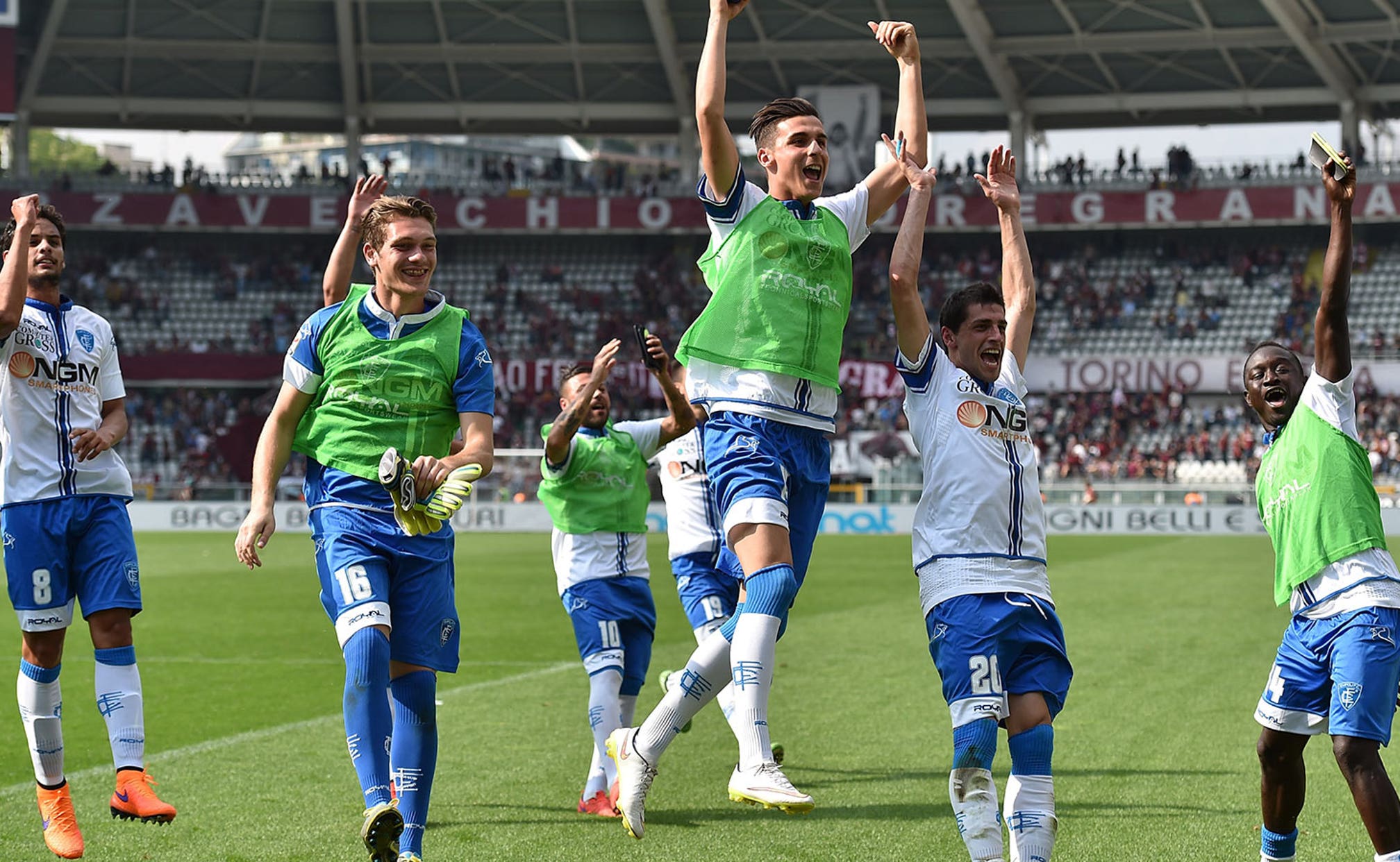 Empoli escape Serie A relegation with win at Torino 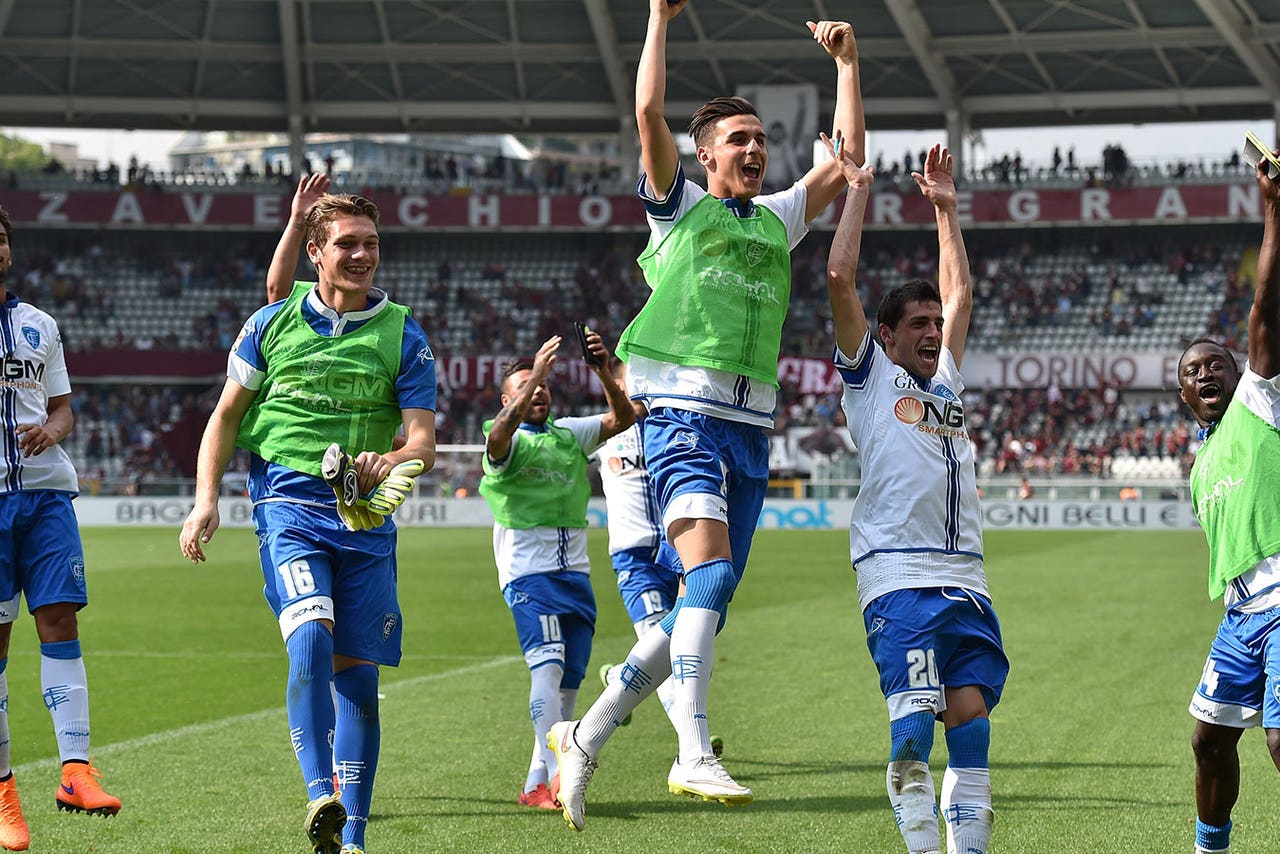 Empoli's long wait for a second away win of the Serie A season came to an end with a 1-0 victory at Torino on Wednesday afternoon.

An own goal from Torino goalkeeper Daniele Padelli in the third minute was enough to hand Empoli three points that ensures the Tuscan outfit will compete in the top flight again next season.

Empoli were unlucky not to extend their lead before the interval with Matias Vecino and Riccardo Saponara's attempts kept out by the woodwork.

The victory, Empoli's first on the road since November 23, lifts the Tuscan side 14 points clear of the drop zone with four games remaining.

Toro missed a chance to climb to sixth in the standings as their six-match unbeaten run was halted but the Granata remain four points adrift of the last Europa League qualifying spot.

Toro defender Emiliano Moretti played a simple ball back to Padelli only for the keeper to scuff the ball terribly to watch it roll into the net.

The visitors almost made it 2-0 a minute later but Vecino's 13-yard shot crashed off the post with Padelli beaten.

Torino could have equalized in the 20th minute when Alvaro Gonzalez fed Omar El Kaddouri in the area but his left-footed strike was kept out by Empoli goalkeeper Luigi Sepe.

In the 31st minute, Empoli could not believe their luck when Saponara's header from Daniele Rugani's cross hit the crossbar with Padelli rooted to the spot.

Saponara came close again before the interval but saw his 12-yard strike saved by Padelli.

Empoli continued to press forward after the interval and Padelli was twice called into action to deny Vecino's stinging drives from outside the area.

At the other end, Bruno Peres tried his luck from distance but his effort was comfortably saved by Sepe.

With 15 minutes remaining, Fabio Quagliarella warmed the palms of Sepe with a powerful free-kick.

Quagliarella unleashed a 12-yard strike which seemed to be heading into the top left-hand corner but Sepe superbly palmed the ball over the crossbar.