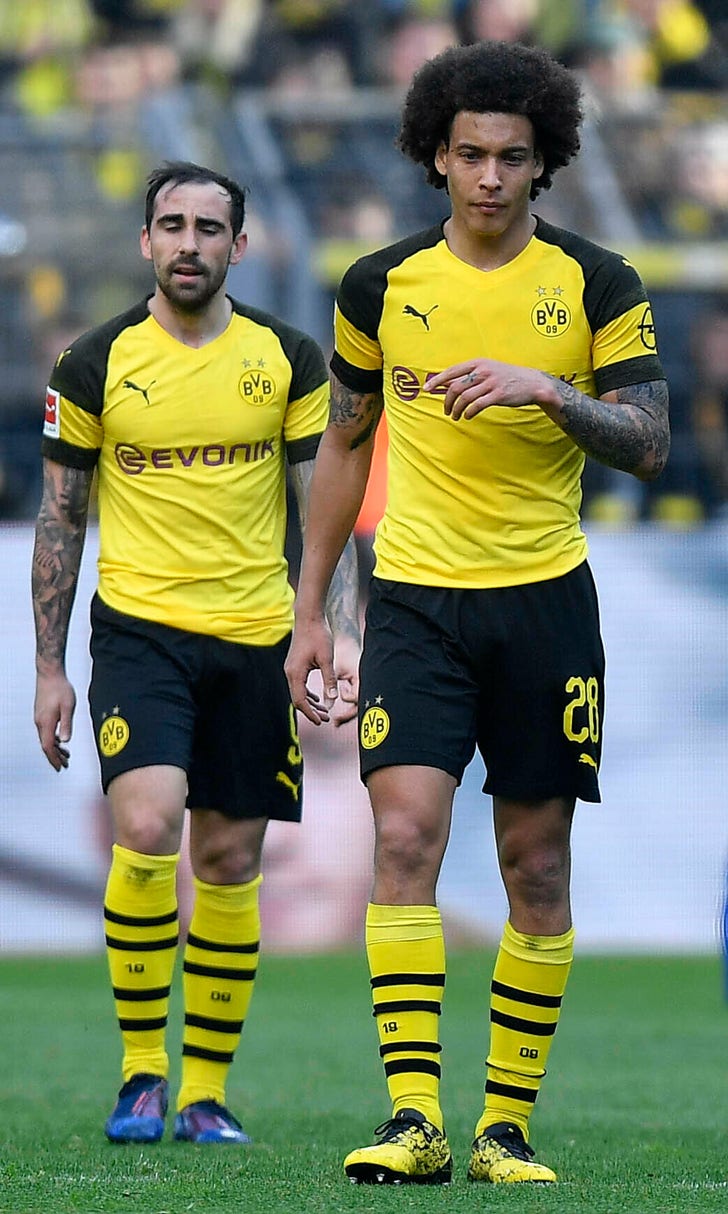 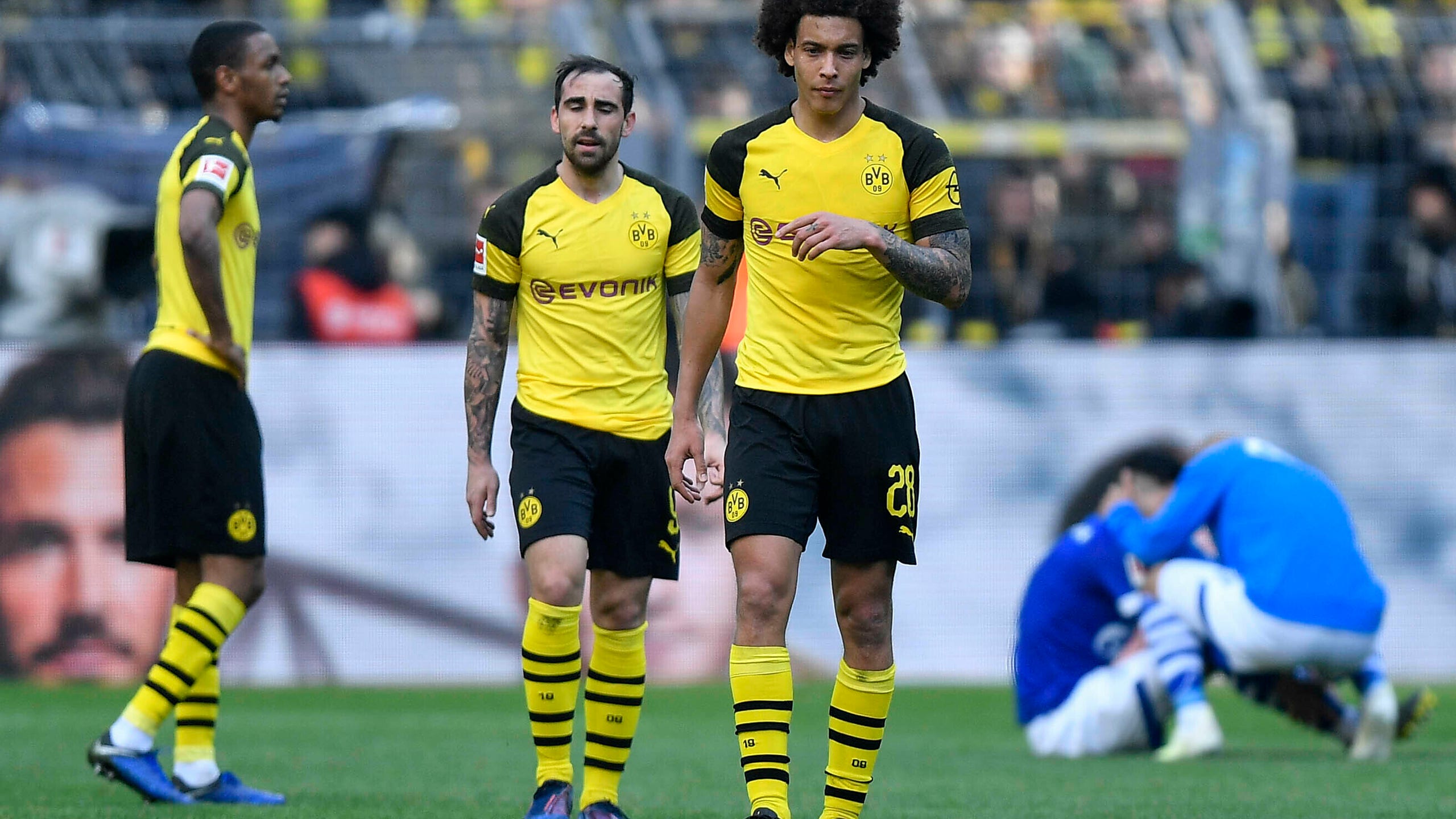 Dortmund on verge of giving up, but Bayern then held to drew

BERLIN (AP) — Just as Borussia Dortmund coach Lucien Favre gave up on his team's title hopes, the Bundesliga race took another twist when Bayern Munich was held to a draw at Nuremberg.

With three rounds remaining, Bayern leads by two points as it looks for a record-extending seventh consecutive league title.

Favre was desolate after watching his team lose the Ruhr derby to Schalke 4-2 after having two players sent off.

"It's ridiculous. The biggest scandal in soccer in years," Favre said of the handball penalty decision that allowed Daniel Caligiuri to equalize after Dortmund's good start. "We want the players to cut their arms off. It will be the objective of every opponent to shoot the ball against the arm. You have no balance without arms. You need your arms. It's a huge scandal for soccer."

Asked if the loss meant the end of Dortmund's title hopes, Favre replied: "Yes, of course."

The turbulent game was overshadowed somewhat by some Schalke fans who displayed a banner in support of the man who carried out a bomb attack on the Dortmund team bus in April 2017, while Jadon Sancho was also struck in the head by an object thrown from the visiting fans' section.

Favre said Sancho was not in position when Julian Weigl was adjudged to have stopped Breel Embolo's shot with his arm.

"It was too much today, too much," Favre said.

Dortmund's fourth loss of the season meant Bayern could stretch its lead to four points with a win at relegation-threatened Nuremberg the next day, but the defending champions were fortunate to emerge with a 1-1 draw after Tim Leibold missed a penalty in injury time for the host team.

"We were lucky to get a point," said Bayern sporting director Hasan Salihamidzic, who lamented his team's lack of "killer instinct."

Bayern could even have snatched a win after Leibold's penalty miss if Kingsley Coman had made more of a one-on-one with Nuremberg goalkeeper Christian Mathenia.

"But we wouldn't have deserved that today," Bayern defender Mats Hummels said. "That wasn't the level we expect of ourselves."

"The bill is relatively easy (to work out), you don't need to have studied applied math. We need to get seven points if Dortmund wins everything in the last three games," Kovac said.

Bayern next hosts last-place Hannover on Saturday, then faces a tough game at third-place Leipzig before ending the season at home against Eintracht Frankfurt. The team also has a German Cup final against Leipzig in Berlin on May 25, but the league will be decided by then.

"You can see that there were crazy results in the last weeks and there probably will be in the last three rounds, too," Kovac said.

Dortmund has two tough away games, at Werder Bremen and the season-finale at Borussia Moenchengladbach, with a visit from Fortuna Duesseldorf in between.

Dortmund chief executive Hans-Joachim "Aki" Watzke - in contrast to Favre - said his team was not going to give up without a fight.

"We'll only give up when it's no longer mathematically possible," Watzke told Kicker magazine. "That's our duty to the fans."