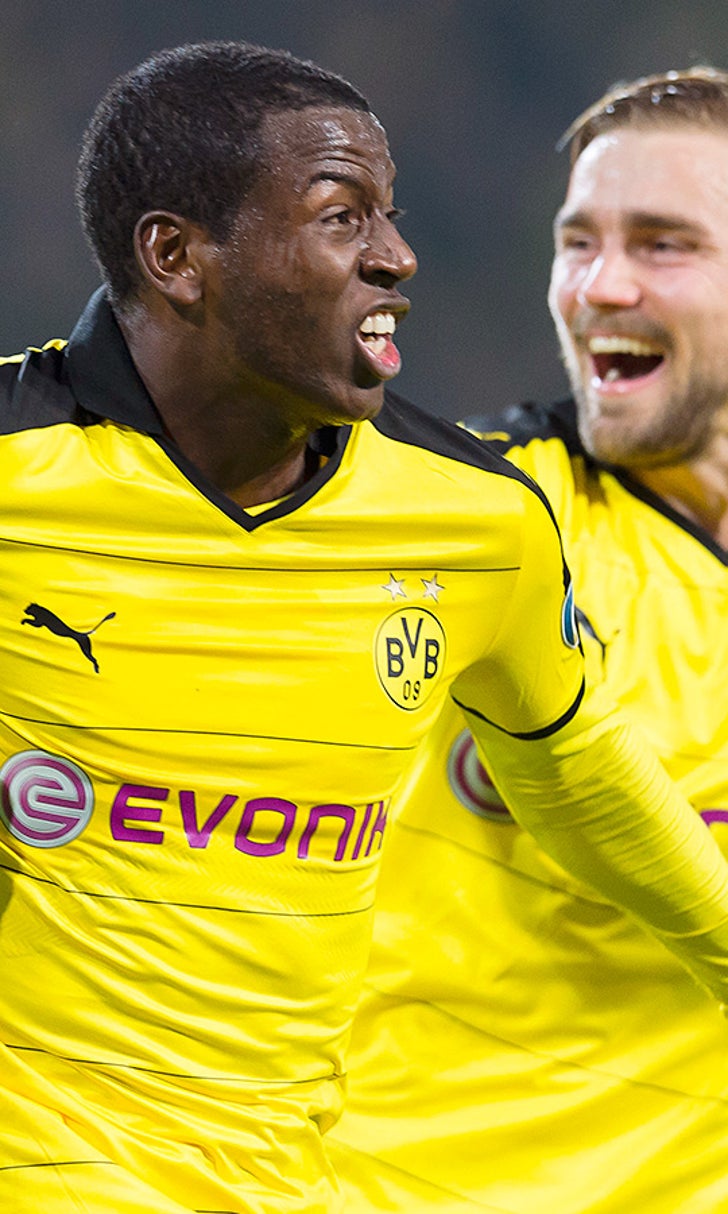 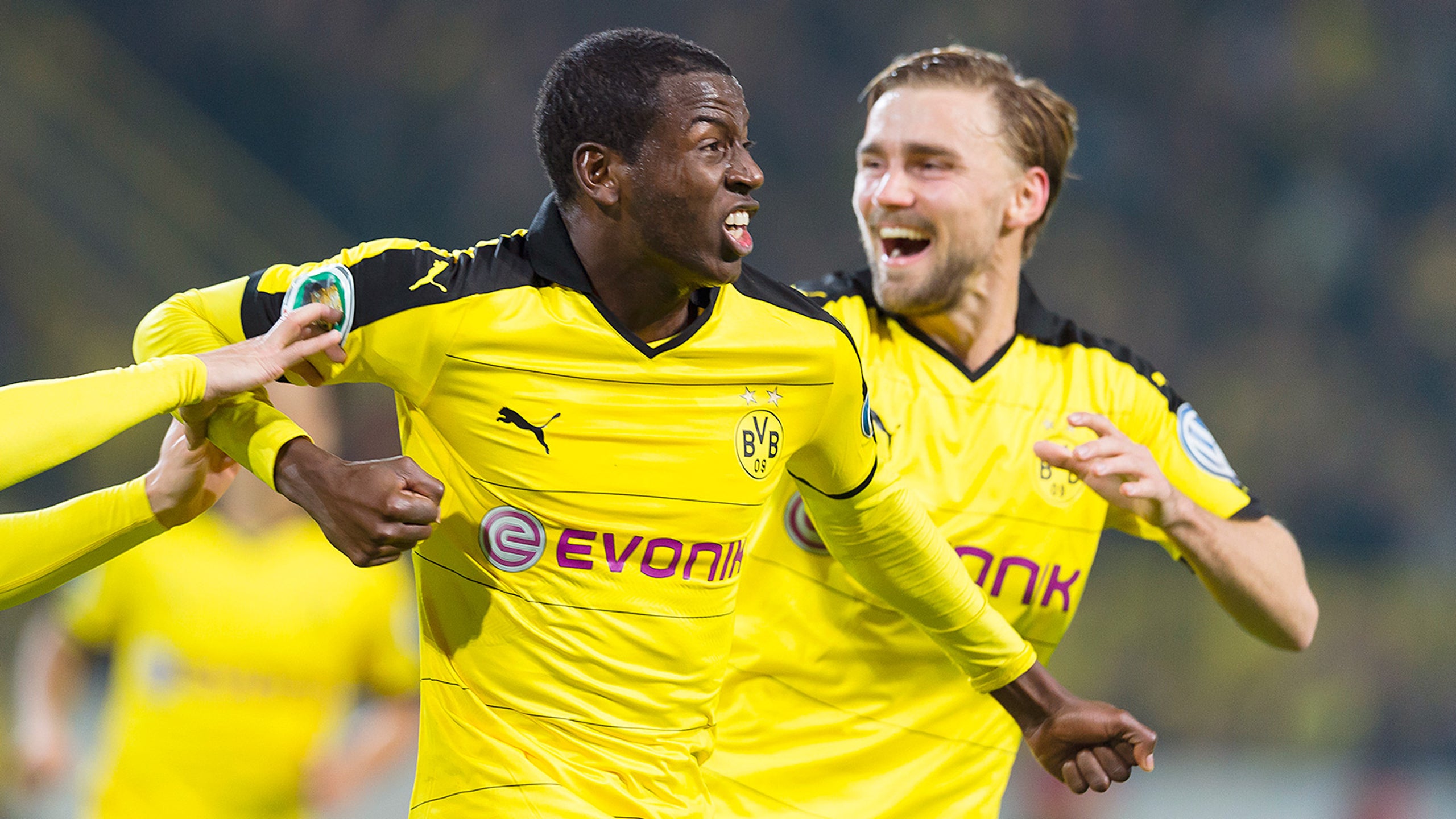 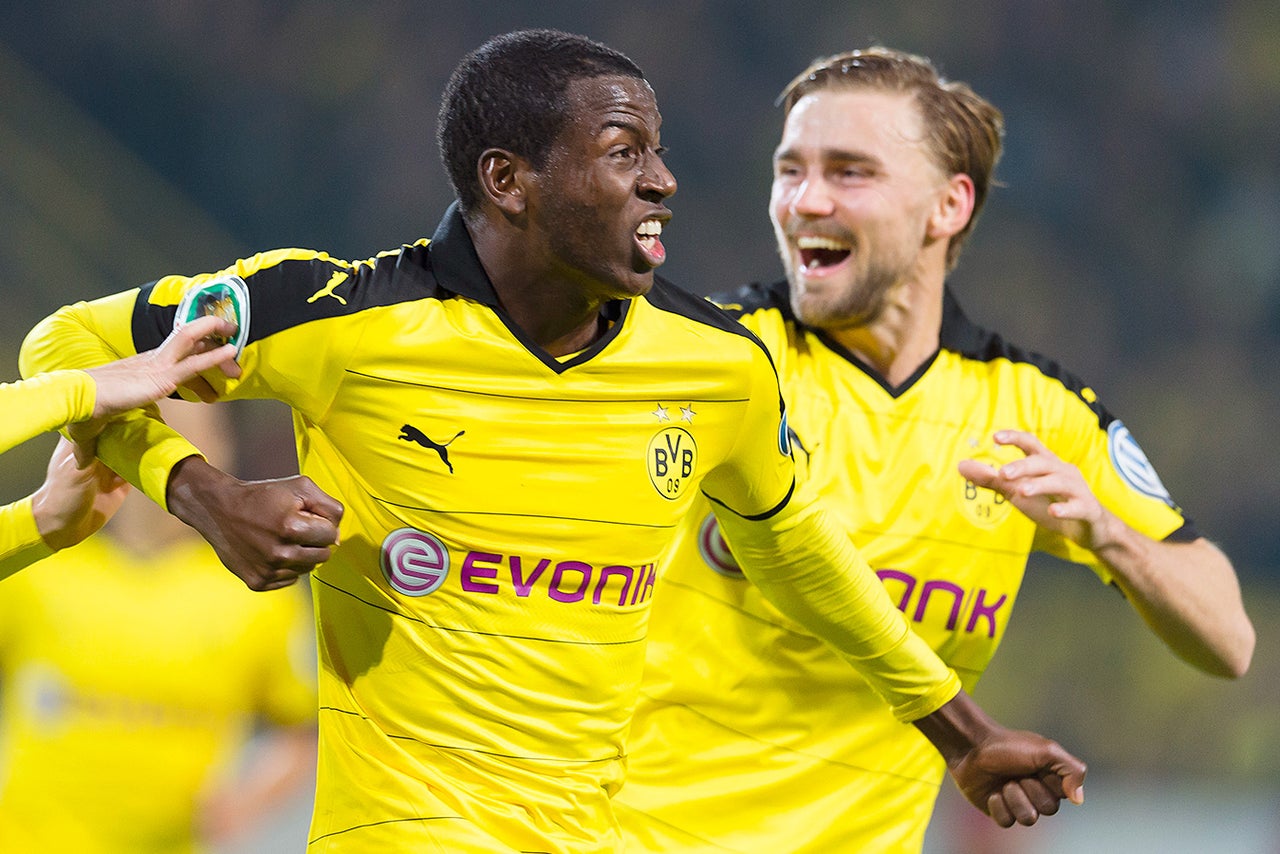 Steffen Effenberg's return to Signal Iduna Park returned in misery as his Paderborn team went down 7-1 to Borussia Dortmund in the DFB-Pokal's second round.

As a player for Bayern Munich, Effenberg was known for his snarling and tenacious attitude that would rile opposition supporters. In 22 meetings with Dortmund, he was shown 10 yellow cards and one red card. The relationship hasn't mellowed post-career either and the home fans were quick to let the 47-year-old know what they think of him.

But despite their bright start, taking the lead on six minutes, Effenberg and Paderborn were battered for the best part of 90 minutes. Thomas Tuchel's free-scoring team was evidently not taking their foot of the gas against lower-league opposition.

The three changes in Tuchel's selection from the 5-1 win over Augsburg paid testemant: Adrian Ramos returned as did Julian Weigl, the first-choice defensive midfielder, and Henrikh Mkhitaryan who has been struggling with a thigh injury.

Unsurprisingly, the visitors sprang out of the traps eager to impose their style of play. Paderborn spent a season in the Bundesliga last year, but were relegated despite their positive and attacking approach under Andre Breitenreiter, now Schalke coach.

And courtesy of a terrible mistake from Roman Bürki, the Swiss goalie dallying in possession of the ball and inviting the interception, with former Kaiserslautern striker Srdjan Lakic taking full advantage on 21 minutes.

Dortmund responded excellently and came close to equalizing on 23 minutes when Shinji Kagawa struck the woodwork. But the hosts eventually levelled a few minutes later: Gonzalo Castro finding space into the box, cutting across to Ramos who finished from close range. Five minutes later, Ramos turned provider for Castro, the former Leverkusen midfielder striking low into the bottom corner.

Seconds after Mkhitaryan missed a sitter for 3-1, Kagawa took the ball in the left-corner of the box and curled the ball into the net on 43 minutes. Dortmund needed another nine minutes after the start of the second half to increase their advantage. Matthias Ginter, Dortmund's right-back, was brought down by Wydra inside the box and Ilkay Gundogan tucked home from 12 yards.

Castro bagged his second to add shine to a brilliant performance in midfield when he side-stepped his opponent and drilled home from around 15 yards out on 58 minutes. Mkhitaryan saved some solo-magic for late on as he set up Lukasz Piszczek on 87 minutes then turned home from close range in stoppage time to take Dortmund's goal tally to 61 in 19 matches in all competitions.

Borussia Mönchengladbach's resurgence continues as they completed back-to-back wins over Schalke, beating the Royal Blues 2-0 at the Veltins Arena to progress.

Gladbach beat Schalke 3-1 in the Bundesliga on Sunday, making it five wins from five under Andre Schubert, the club's interim coach. Schubert was without star striker Raffael who has scored four goals and assisted three in his las four matches, while Martin Stranzl and Patrick Herrmann remain on the sidelines.

Without Johannes Geis, suspended for five matches for his horror tackle on Andre Hahn, Schalke started strongest and Klaas-Jan Huntelaar shot against the post midway through the half. But on 42 minutes, Lars Stindl punished a mistake in the Schalke defence and beat stand-in keeper Michael Gspurning from the edge of the box.

Fabian Johnson was introduced at the break and eight minutes in, Gladbach added a second. Stindl was brought down by Gspurning and Thorgan Hazard tucked home from 12 yards to put the visitors into a comfortable lead. Schubert's men were self-assured and solid enough to see out the win as the Foals look to win the German Cup for the fourth time, their last win coming in 1995.

Elsewhere, Bayer Leverkusen is into the next round after a comprehensive 6-0 win against Viktoria Köln from the fourth division.

Roger Schmidt made four changes from the enthralling 4-3 win over Stuttgart on Saturday: Papadopoulos, Donati, Kramer und Bellarabi all started. Julian Brandt put the visitors ahead in Köln, striking left-footed into the net. Brandt combined wonderfully with Bellarabi, exchanging passes in the last-third before the latter drilled the ball home for 2-0. Just before halftime, Javier Hernandez scored the first of his double -- his second arriving on 54 minutes after excellent set up play from Brandt.

With 10 minutes left, Stefan Kießling popped up in the box to fire home the loose ball and make it 5-0. Leverkusen's talismanic striker turned creator for substitute Yurchenko who guided in his first senior goal for the club on 83 minutes.

The Bundesliga's lowest-ranked team Augsburg beat Freiburg 3-0, while Anthony Ujah struck to fire Werder Bremen to victory against Cologne in the day's all-Bundesliga affair. Stuttgart avoided a Cup upset and no more, beating Carl-Zeiss Jena 2-0. Second-tier sides Heidenheim and Eintracht Braunschweig are also into the next round.