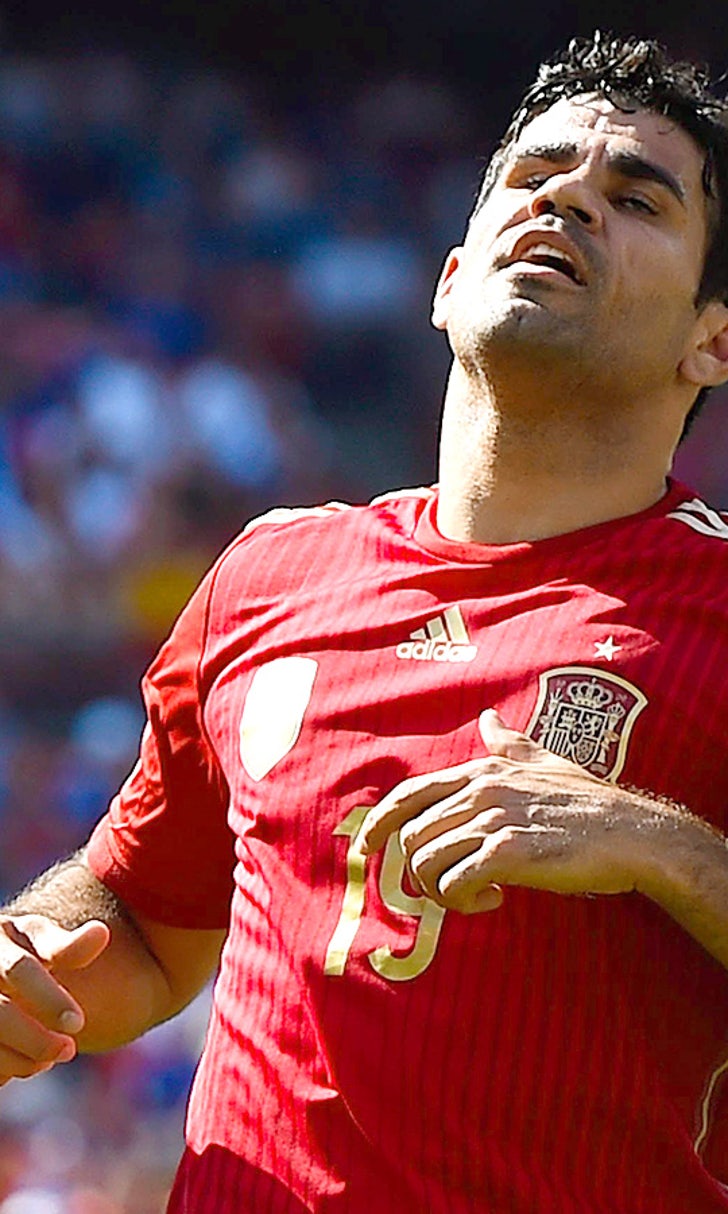 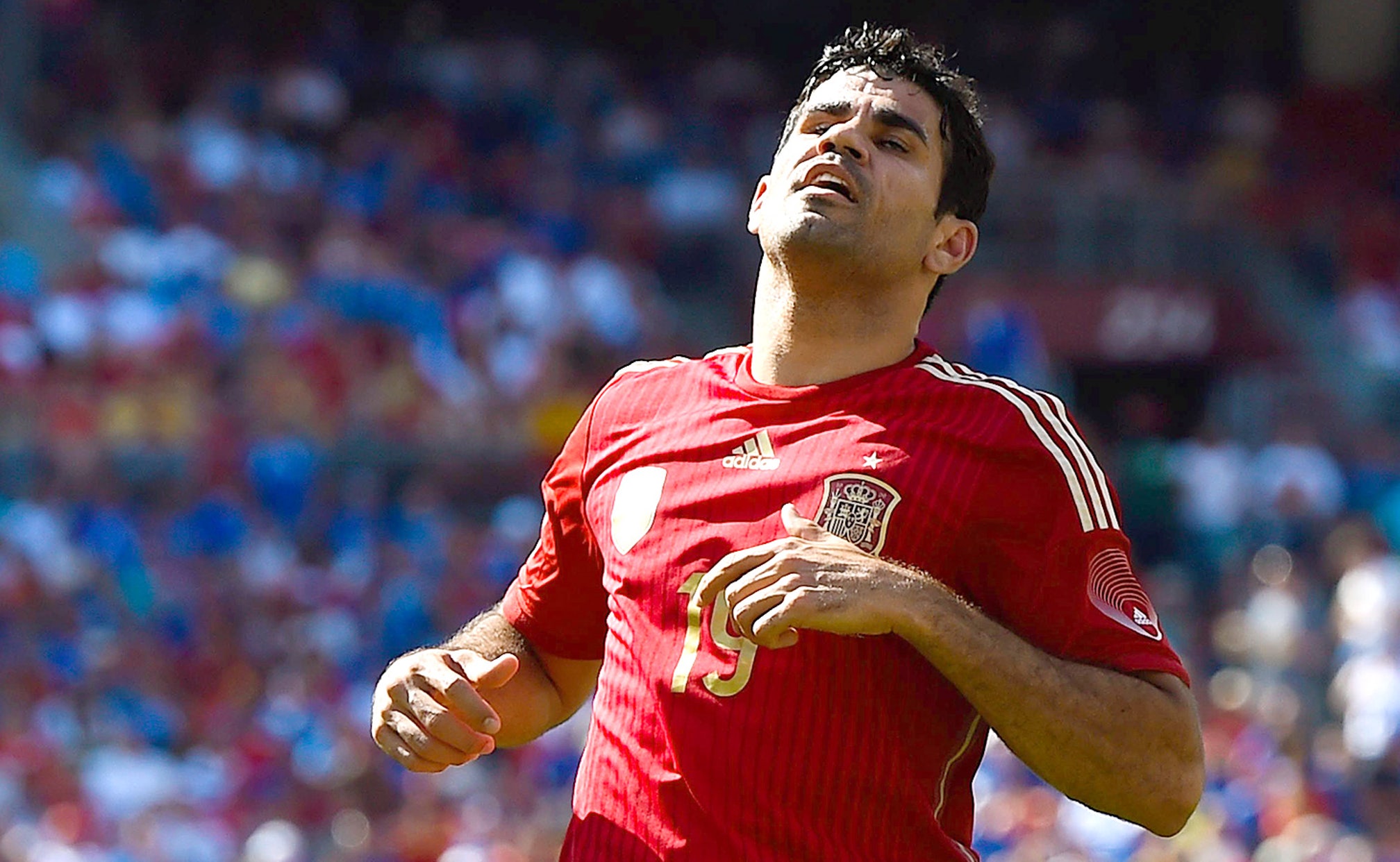 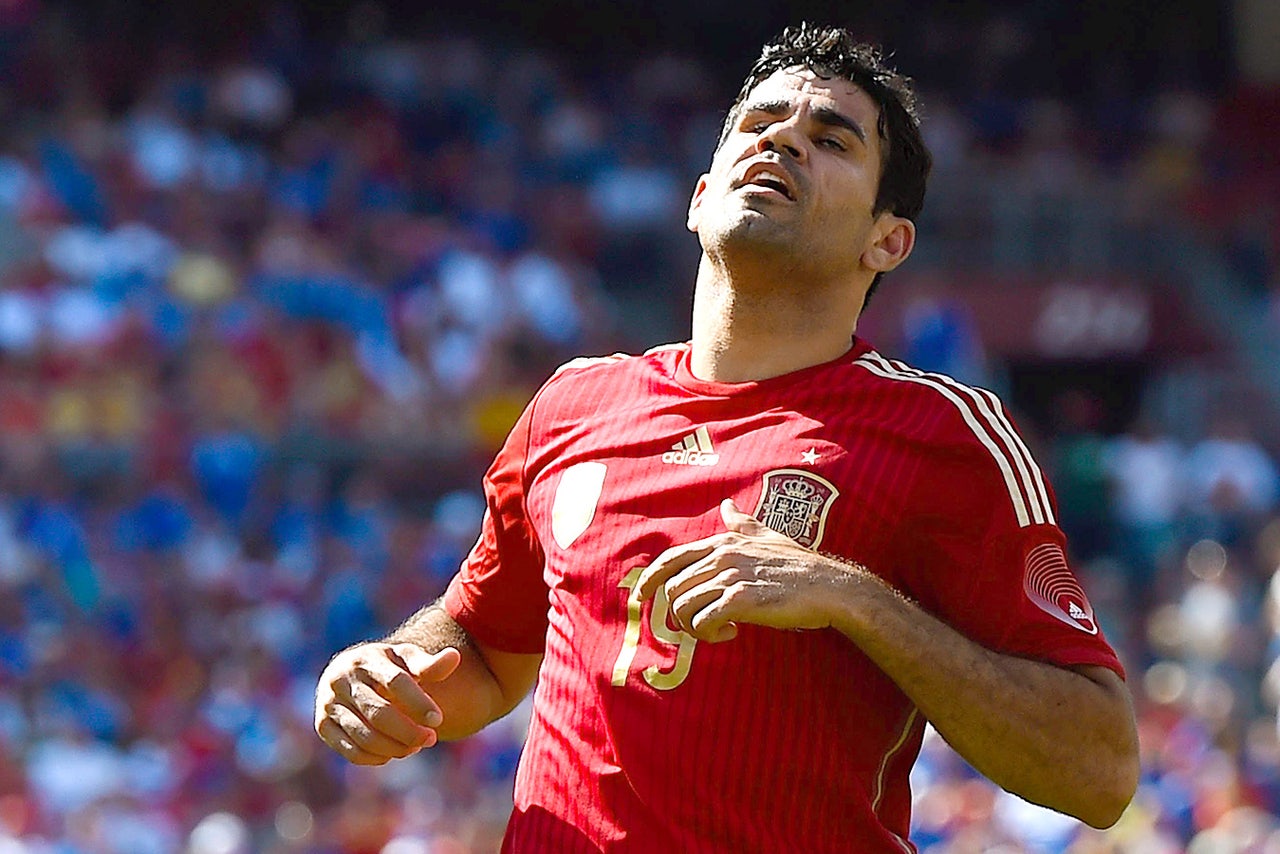 LANDOVER, Md. (AP) -- Diego Costa looked plenty fit for the World Cup, using a burst of speed on his injured hamstring to draw an early penalty and playing into the 74th minute Saturday to help Spain beat El Salvador 2-0 in a final tuneup before departing for Brazil.

David Villa scored his 57th and 58th international goals amid numerous near-misses for the reigning world champs, who begin the defense of their title Friday against the Netherlands in a rematch of the 2010 World Cup final in South Africa.

Facing an overmatched El Salvador squad being rebuilt after a match-fixing scandal, Spain had but one last question to answer before boarding the plane Sunday for South America: the fitness of Atletico Madrid striker Costa, who has been nursing a strained right hamstring that limited him to nine minutes in the Champions League final two weeks ago. Costa did not play in Spain's subsequent friendly against Bolivia.

Stationed in his customary spot at the top of the attack, Costa showed no hitch in his step, especially when he got behind the defense to chase down Xabi Alonso's long ball in the opening minutes. Costa was taken down by goalkeeper Henry Hernandez near the top of the box and was awarded the penalty, but Cesc Fabregas failed to take advantage when his spot kick sailed over the crossbar.

The Spaniards controlled 80 percent of the possession, and Costa had several of his team's top-notch scoring chances. None was better than his point-blank header that was somehow saved by the outstretched right hand of the leaping Hernandez in the second half.

Costa nearly played a part in Villa's first goal in the 60th minute. When Alonso crossed to Sergio Ramos, Hernandez committed himself to the ball and left the net open. Ramos headed the ball back to the middle, and Costa swung his right leg to strike the ball - but Villa barely got there first and headed it in.

Costa was subbed for Xavi Hernandez in the 74th minute.

Villa added a second goal in the 88th minute. Iker Casillas didn't have to make a save for La Roja, who will also face Chile and Australia in World Cup Group B.