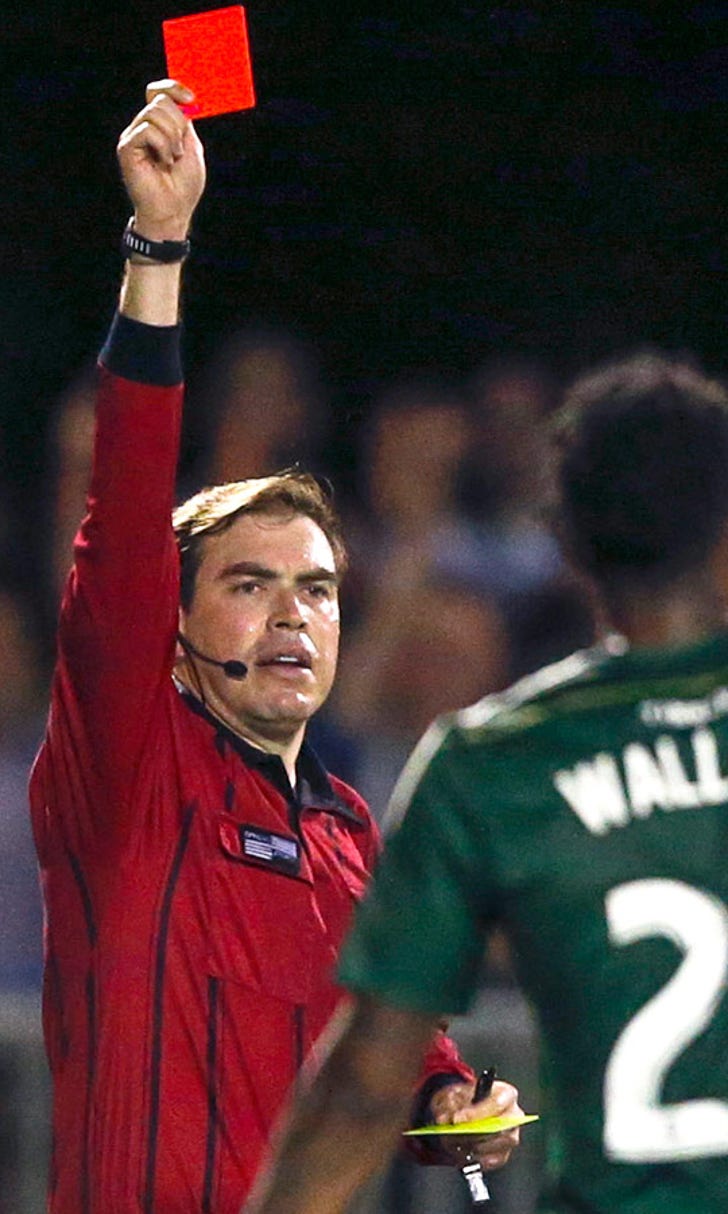 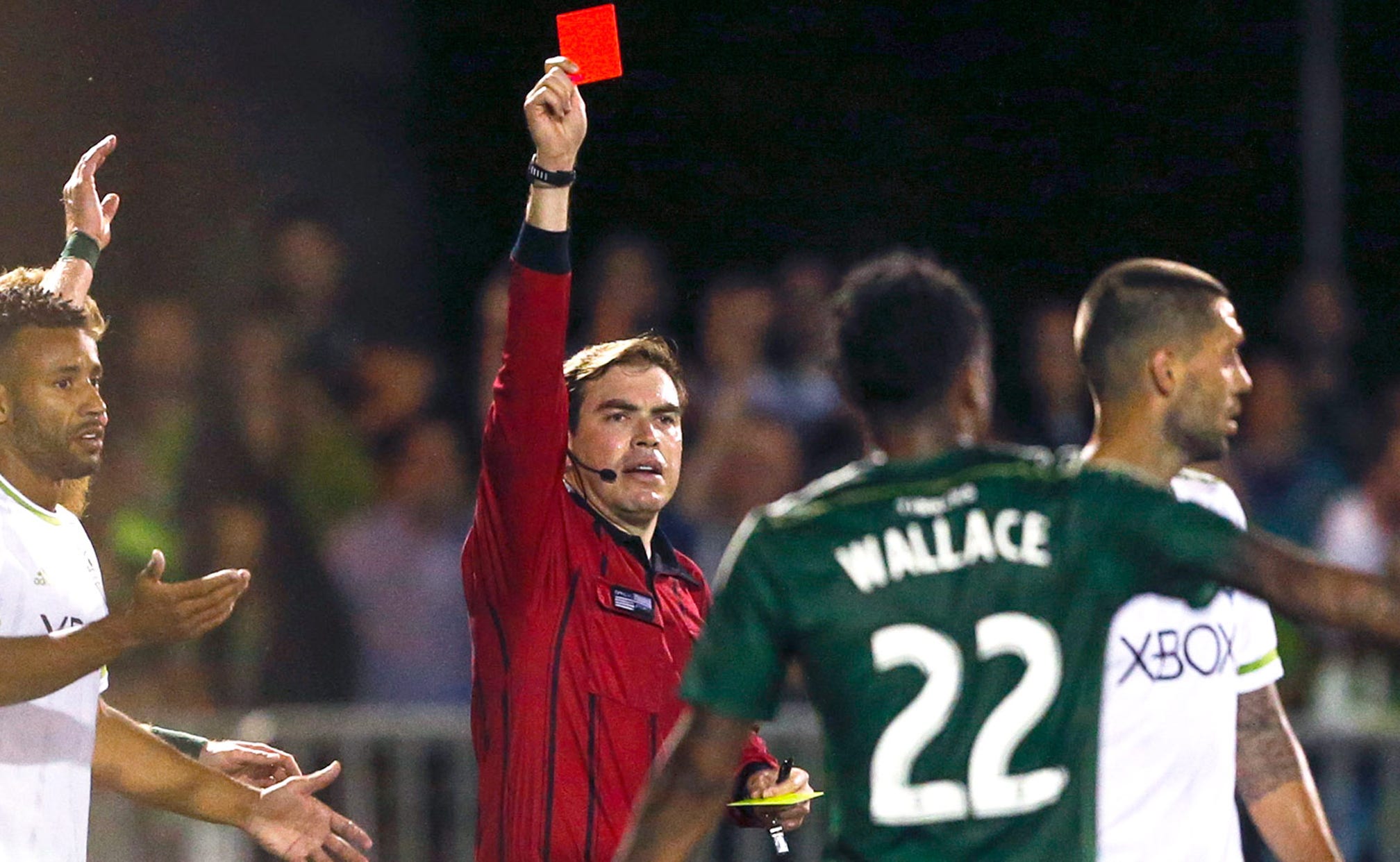 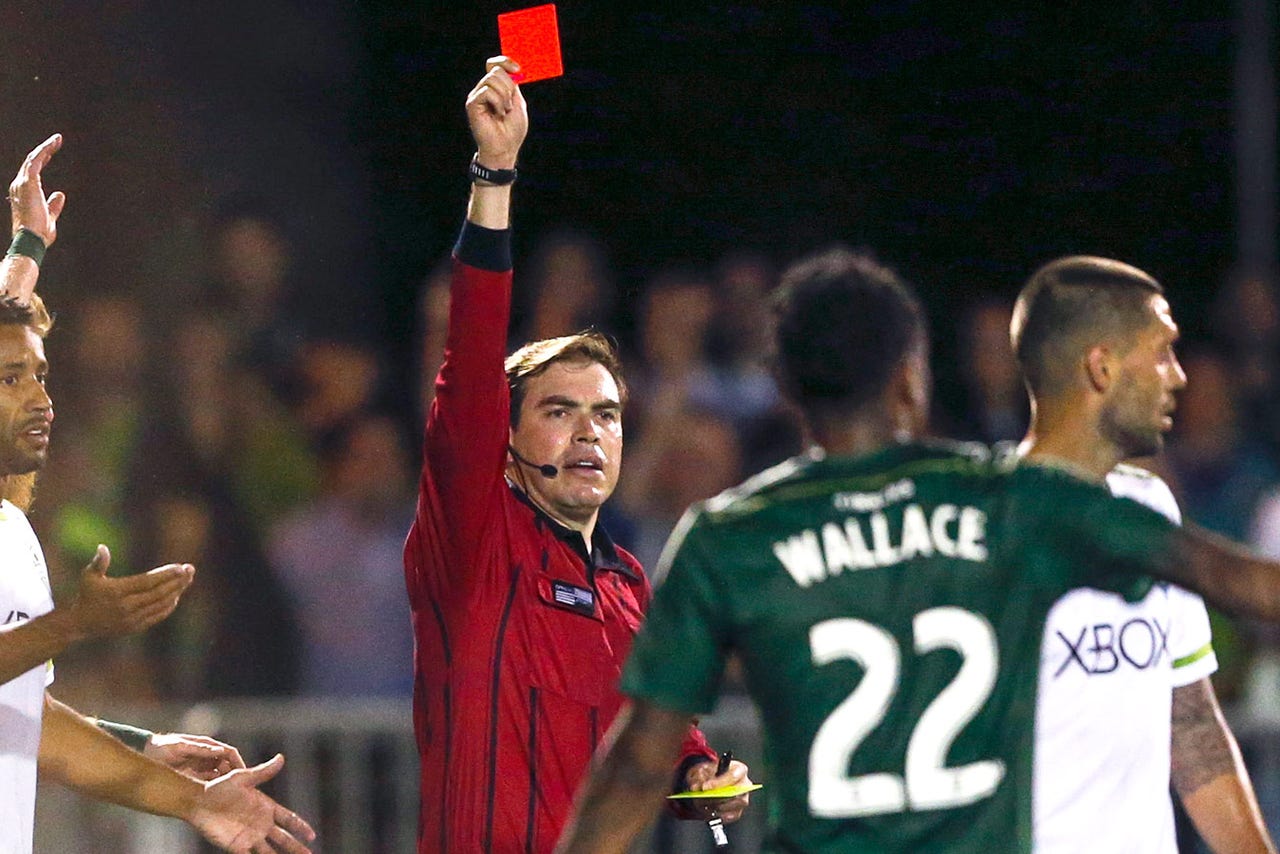 Seattle Sounders finished their U.S. Open Cup derby against Portland with just seven players after three were sent off and one was injured after all substitutes had been used.

Portland Timbers won 3-1 after extra time late Tuesday in the fourth-round game, in which national team player Clint Dempsey was sent off for snatching the referee's notebook and tearing up the record of the game kept by the match official.

Seattle, the defending cup champion, was a goal down when defender Brad Evans was sent off in the 69th minute for a second yellow card.

Nigeria player Obafemi Martins was injured in the 85th after leveling the scores minutes earlier and could not continue, reducing Seattle to nine players with no substitutes left.

In the 111th, Michael Azira was shown a straight red card for apparently striking a Portland player with his elbow.

A furious Dempsey appeared to be booked for his reaction to the red card, and was then shown red after snatching the piece of paper from referee Daniel Radford, reducing the Sounders to seven players, the minimum with which a team is allowed to continue playing.

''Our guys played like lions and left their hearts on the field, and they got robbed,'' Sounders coach Sigi Schmid said. ''Caleb (Timbers coach Porter) said last year at the end of the (cup) game that it was the worst refereeing performance he had ever seen. I think it was topped this year.''

''I thought we looked very mature,'' said Porter, whose team will learn its round-of-16 opponent on Thursday. ''That's what you want to see in your team. You want to see a team that's up for the fight, but keeps their cool.

''We knew this was going to be an intense game. History said we wouldn't win this game. We were able to knock off a very good team on their home field, something 20 other teams weren't able to do.''

Play was briefly stopped toward the end of the game when objects appeared to be thrown at the Portland bench.

You can follow this link directly to see video of the Azira red card and the Dempsey incident: https://youtu.be/QeAasSQnZ8Q?t=2h31m