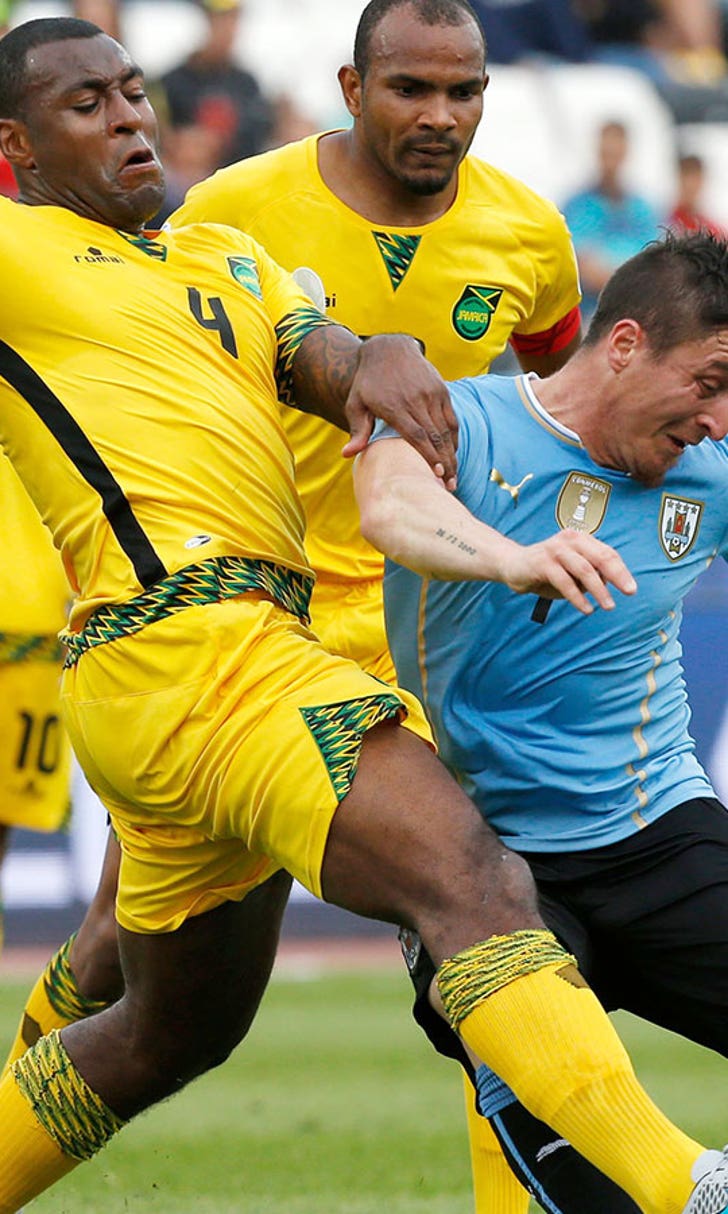 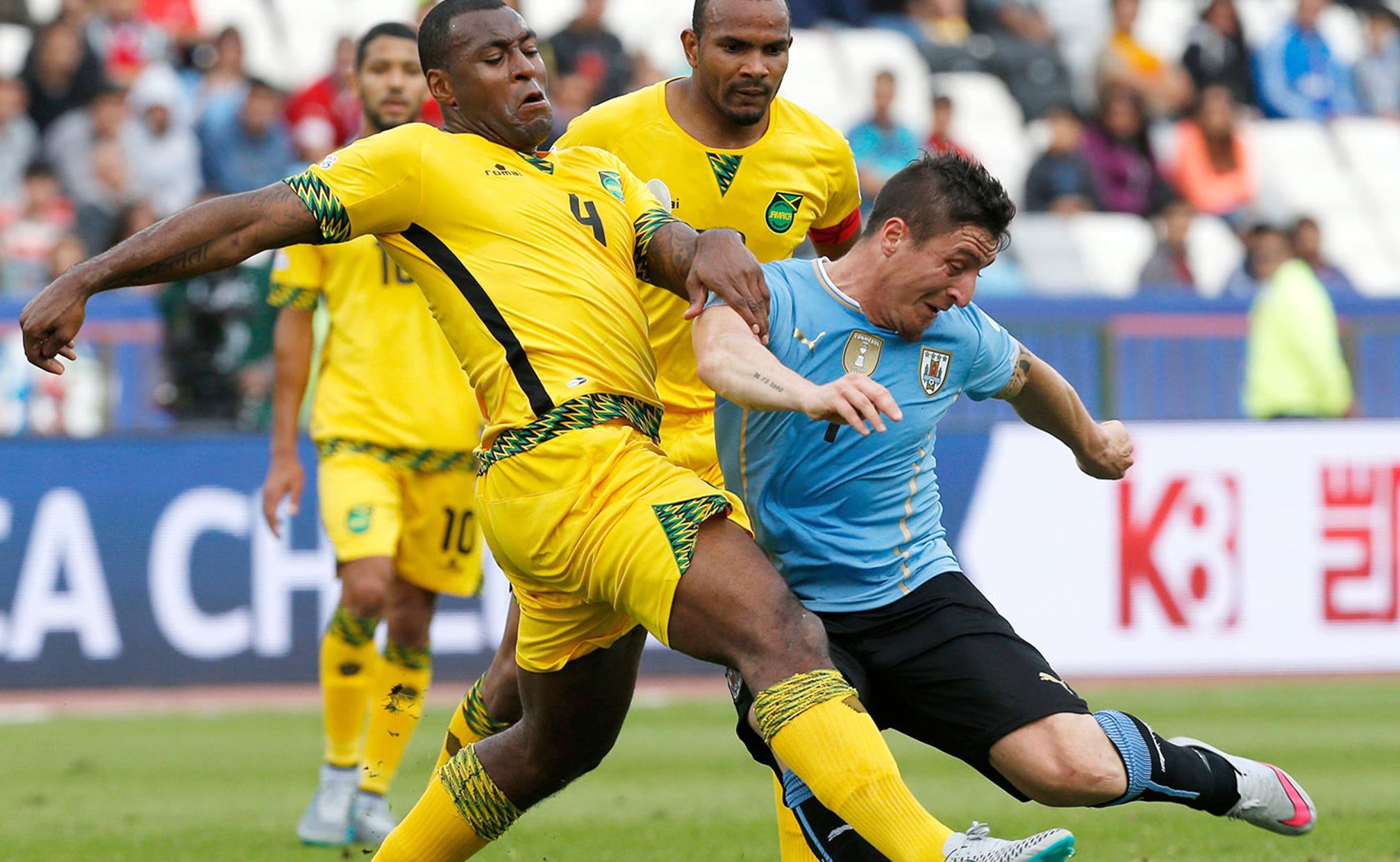 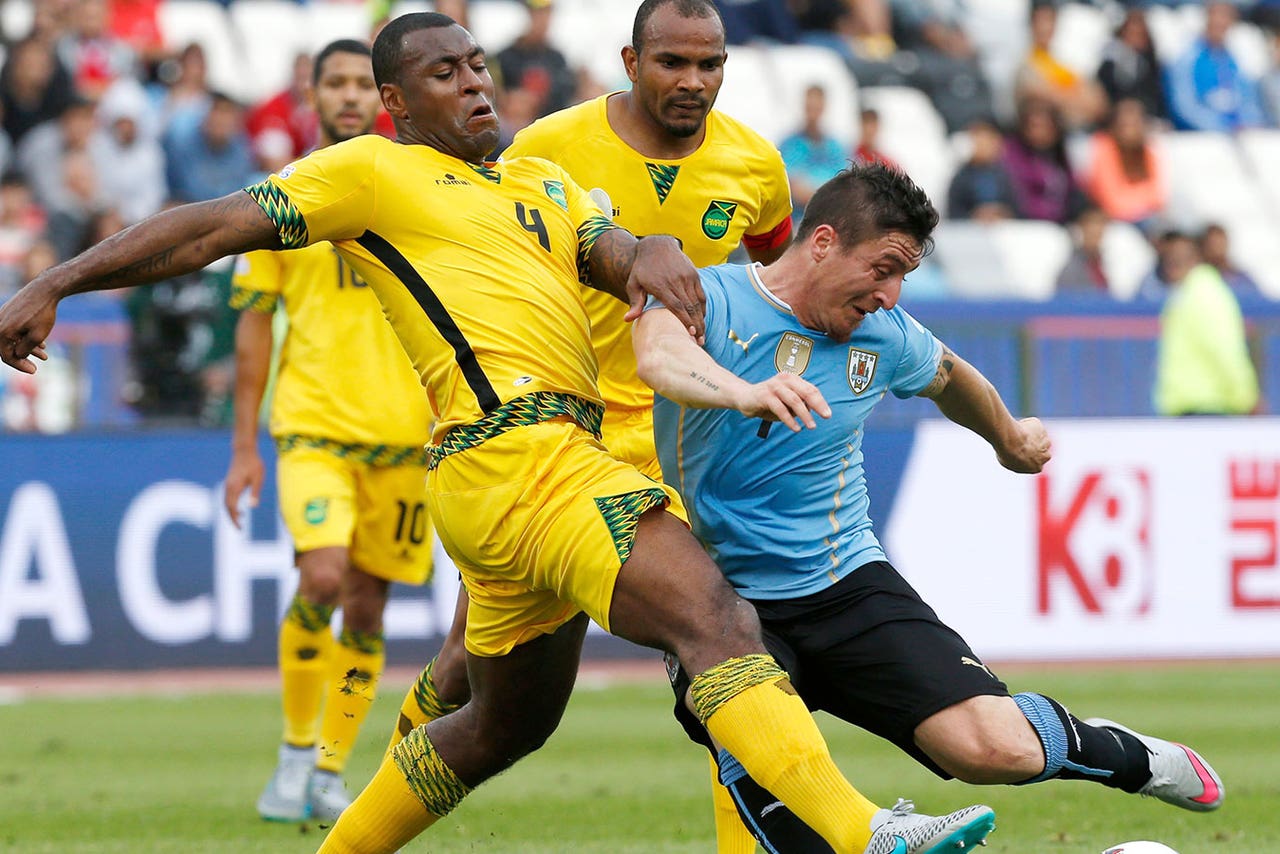 Cristian Rodriguez scored in the 52nd minute in the Group B match, as Uruguay struggled putting together an attack without Luis Suarez.

Suarez is missing the tournament for biting Giorgio Chiellini of Italy in last year's World Cup.

Rodriguez, the best player on the field, scored after Jose Maria Gimenez headed a free kick in his direction in front of the goal.

Uruguay took most of the first period to creep into the Group B match, with Jamaica looking dangerous on the counterattack and playing evenly with the South Americans.

"My players were surprised," Uruguay coach Oscar Tabarez said. "We're not used to the speed they showed, besides being well organized. We knew it wasn't going to be easy.

"There were things that didn't work well."

Rodriguez had Uruguay's only real chance in the first half, forcing Jamaica goalkeeper Duwayne Kerr to make a leaping save in the 38th.

Jamaica's best chance in the half came two minutes later when Darren Mattocks was alone in front of Uruguay keeper Fernando Muslera, but partially missed the ball trying to get off a shot.

Jamaica had a few chances after Rodriguez's goal. Deshorn Brown headed just wide in the 80th, and Kemar Lawrence sailed a free kick just over the crossbar in the 85th.

Christian Stuani missed an open net in the 88th, which characterized much of Uruguay's stuttering game.

On Tuesday in Group B, Jamaica faces Paraguay, and Uruguay plays Argentina.