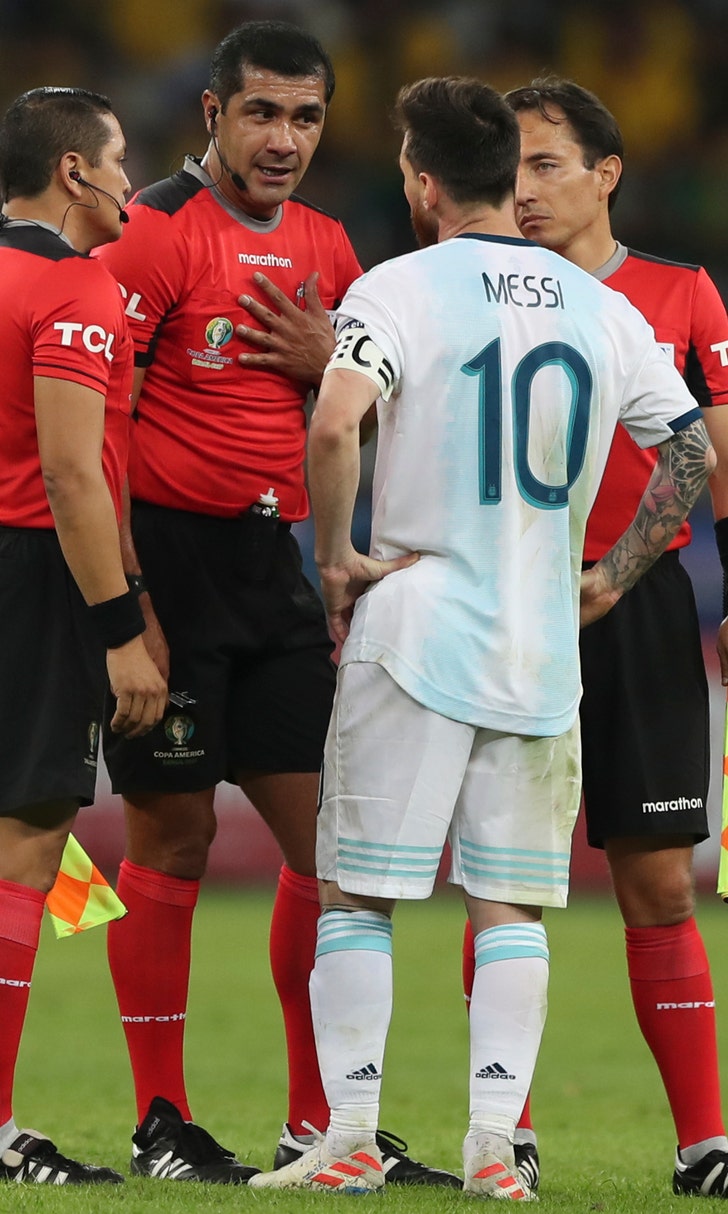 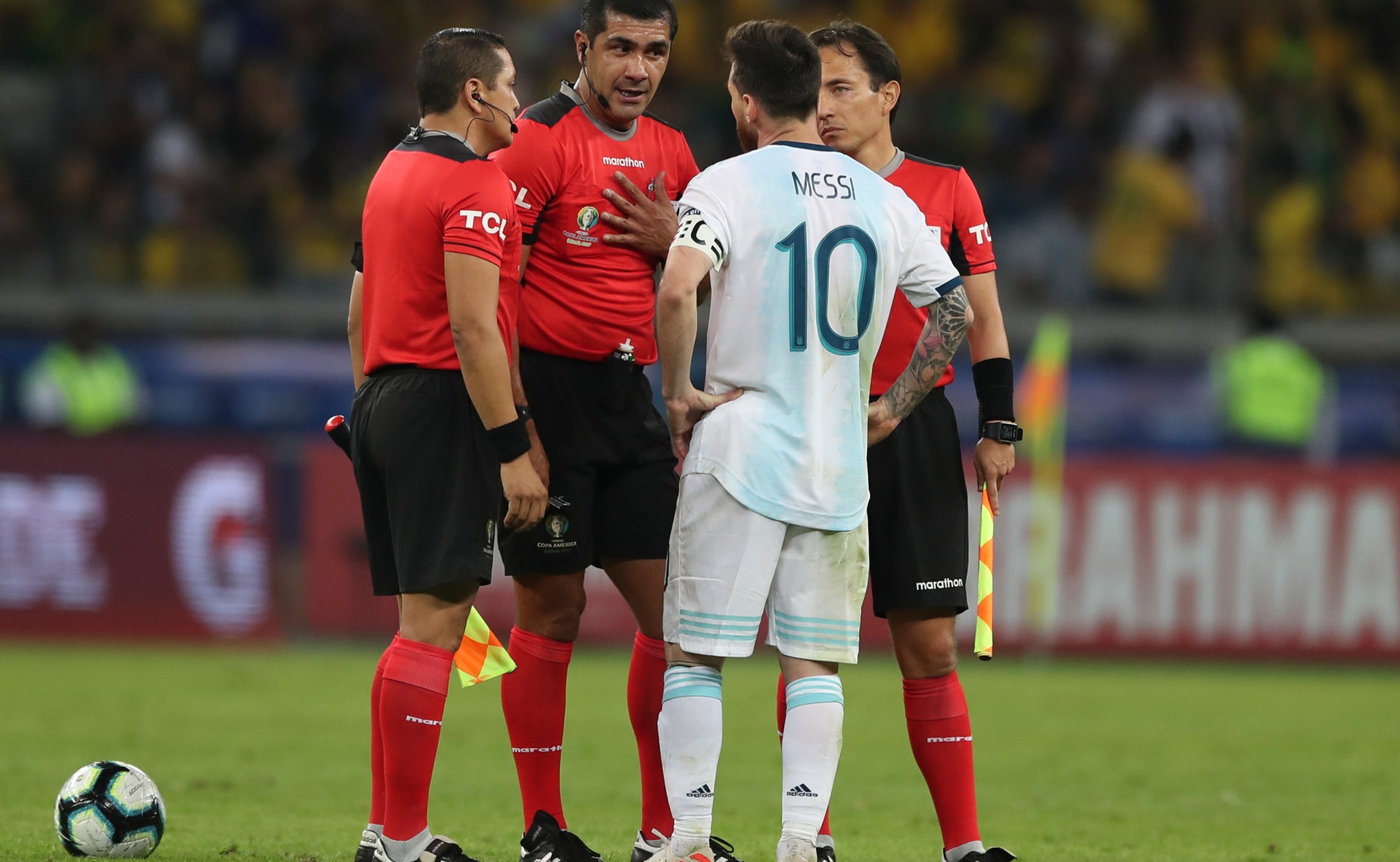 previous story
Naeher emerges from Solo's shadow with a smashing save
next story
Dutch reach first Women's World Cup final, will face US

PORTO ALEGRE, Brazil (AP) — Argentina's soccer federation has made a formal complaint to CONMEBOL criticizing the refereeing decisions in its loss to Brazil in the Copa América semifinals.

The federation says Argentina was "clearly harmed" by the decisions of Ecuadorean referee Roddy Zambrano on Tuesday.

In a six-page letter to the South American confederation, Argentina complained that video review was not used to check on a couple of non-calls that could have favored the Argentines with penalty kicks, one on Sergio Agüero and another on Nicolás Otamendi.

Host Brazil won 2-0 at the Mineirão Stadium, making it to the final and extending Argentina's 26-year title drought with the senior squad.

Argentina
share story
those were the latest stories
Want to see more?
View All Stories
Fox Sports™ and © 2020 Fox Media LLC and Fox Sports Interactive Media, LLC. All rights reserved. Use of this website (including any and all parts and components) constitutes your acceptance of these Terms of Use and Updated Privacy Policy. Advertising Choices. Do Not Sell my Personal Info