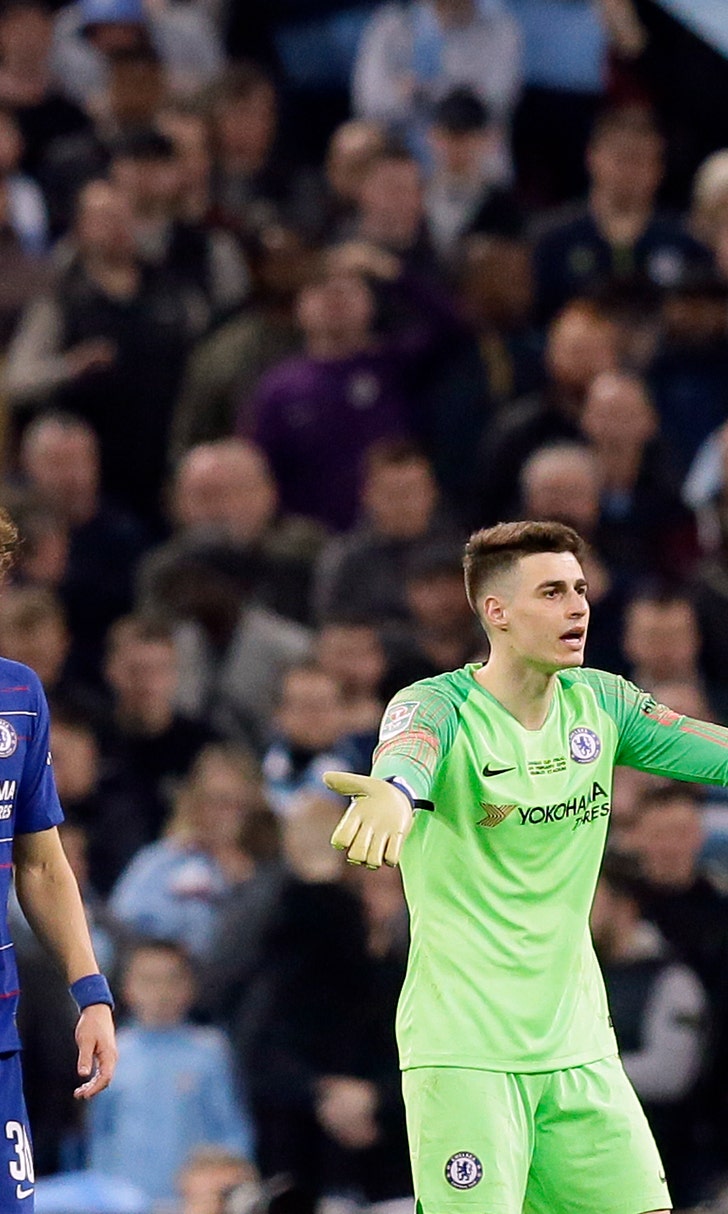 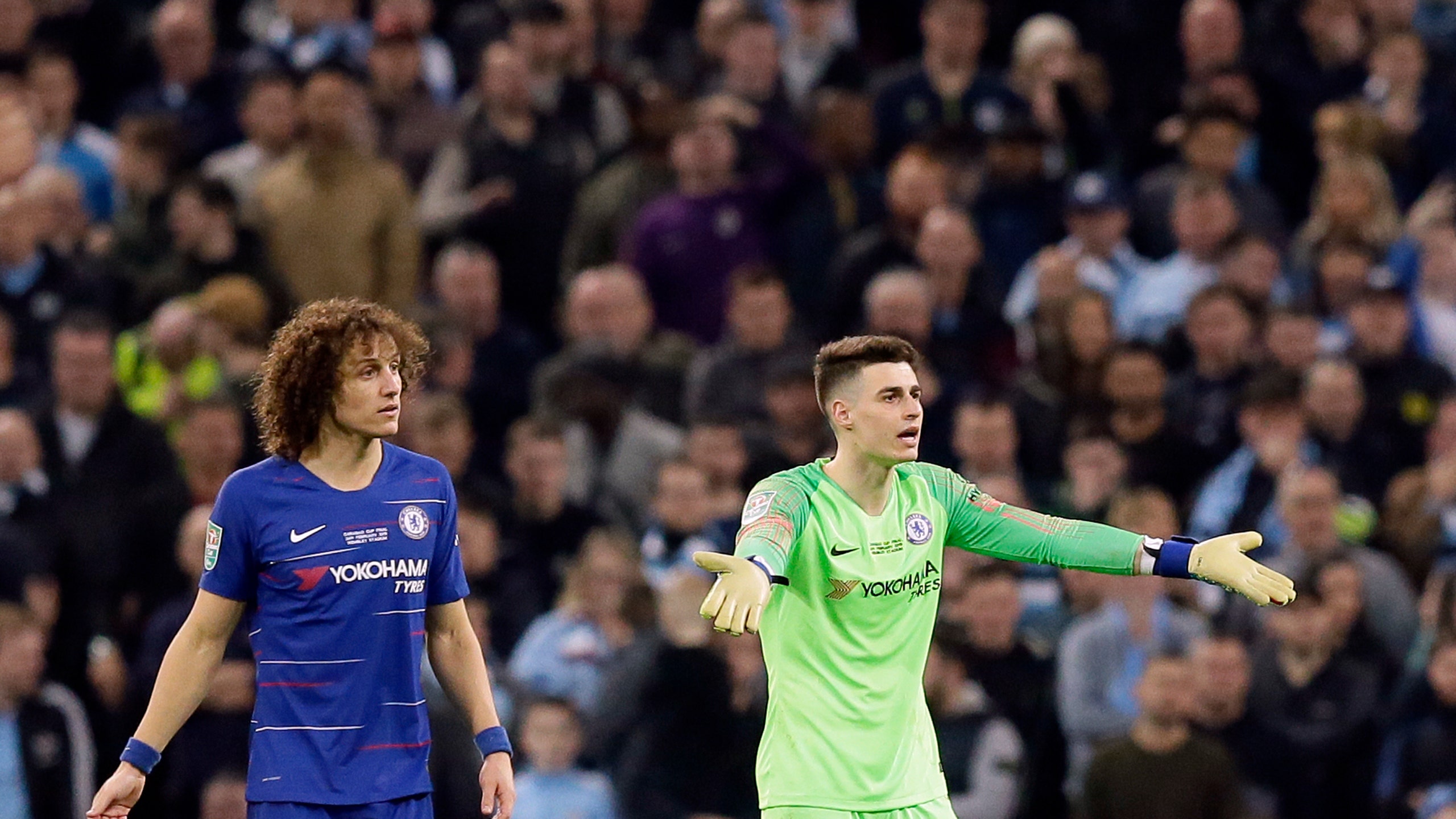 LONDON (AP) — Chelsea goalkeeper Kepa Arrizabalaga apologized in a club statement on Monday for refusing to be substituted in the English League Cup final.

The world's most expensive goalkeeper was fined one week's wages.

"Although there was a misunderstanding, on reflection, I made a big mistake with how I handled the situation. I wanted to take the time today to apologize fully," Kepa said in the statement.

Manager Mauricio Sarri ordered Kepa to be substituted on Sunday as the final against Manchester City at Wembley Stadium was heading to a penalty shootout. Kepa had been cramping, but gesticulated wildly that he was not going to leave the pitch. Sarri was furious, too. His authority undermined by Kepa's insubordination, he walked down the tunnel and returned just before the end of extra time.

Kepa played on and City won in the shootout.

Kepa and Sarri continued to describe what happened as a misunderstanding.

"Kepa and I have spoken about the incident. It was a good conversation," Sarri said in the statement on Monday. "There was a misunderstanding yesterday but he realizes he made a big mistake in the way he reacted. He has apologized to me, his teammates and the club.

"For me, this matter is now closed. Everyone's focus is now on the next game and we must all now put this behind us."

Kepa's refusal to obey instructions overshadowed the final, and a resolute performance by Chelsea after recent miserable results.

The performance was tamping doubts about Sarri's future at the club, until his credibility was undermined by Kepa and he was publicly humiliated, raising questions about his authority going forward.