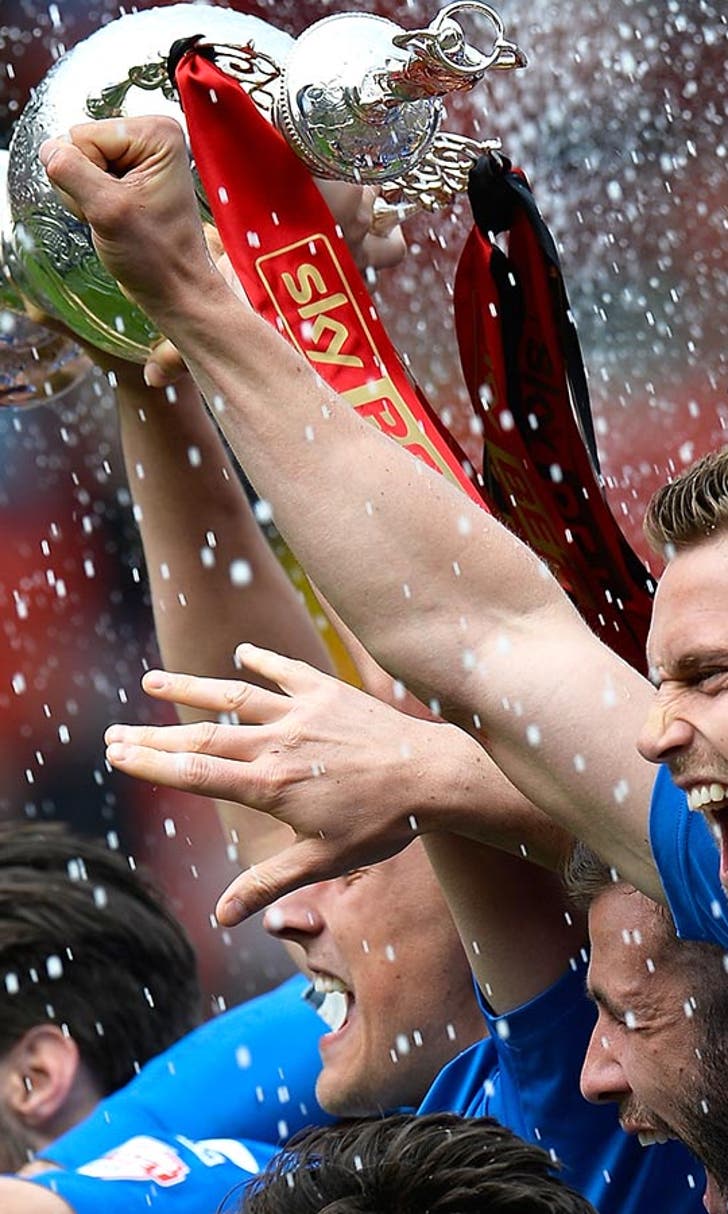 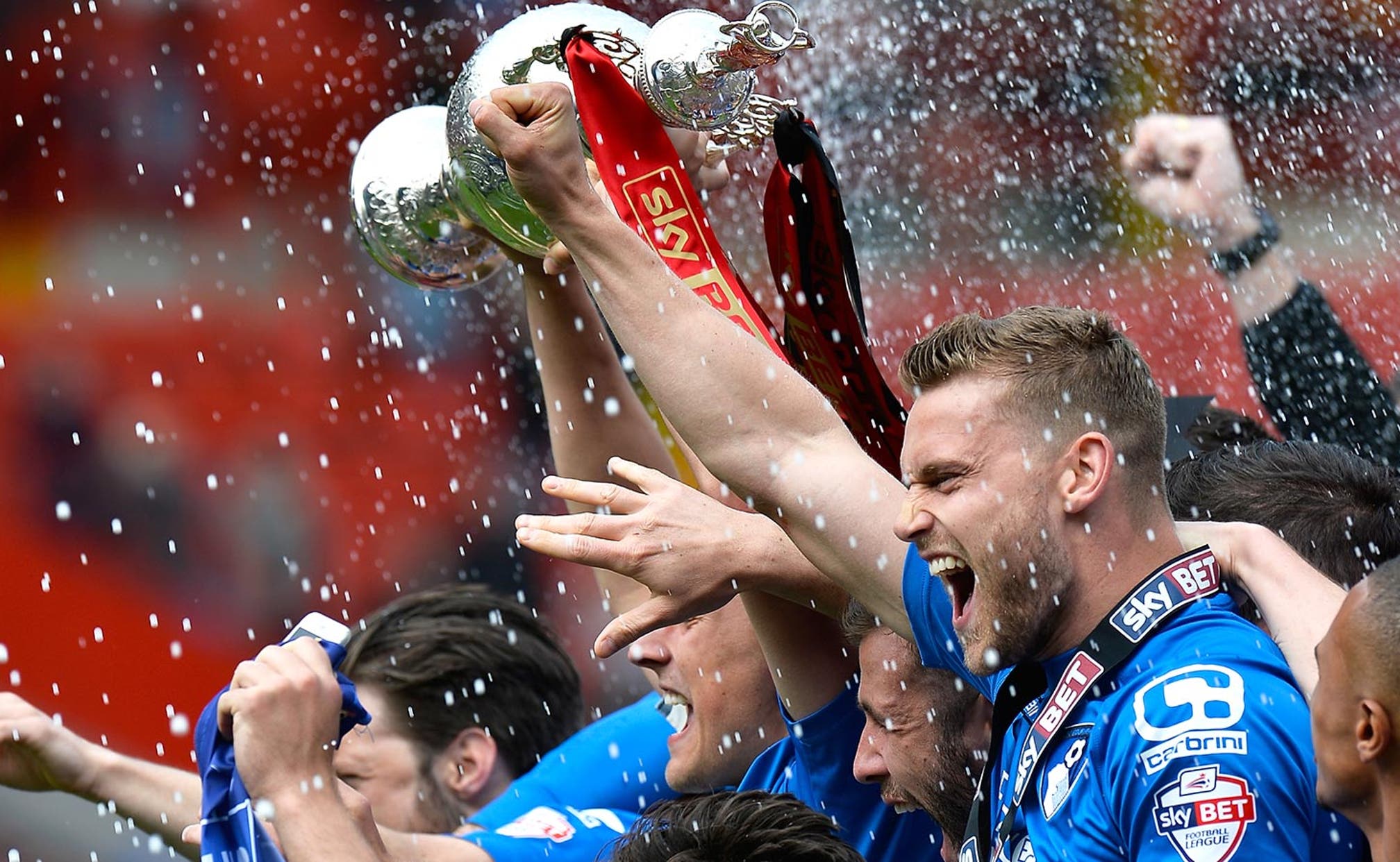 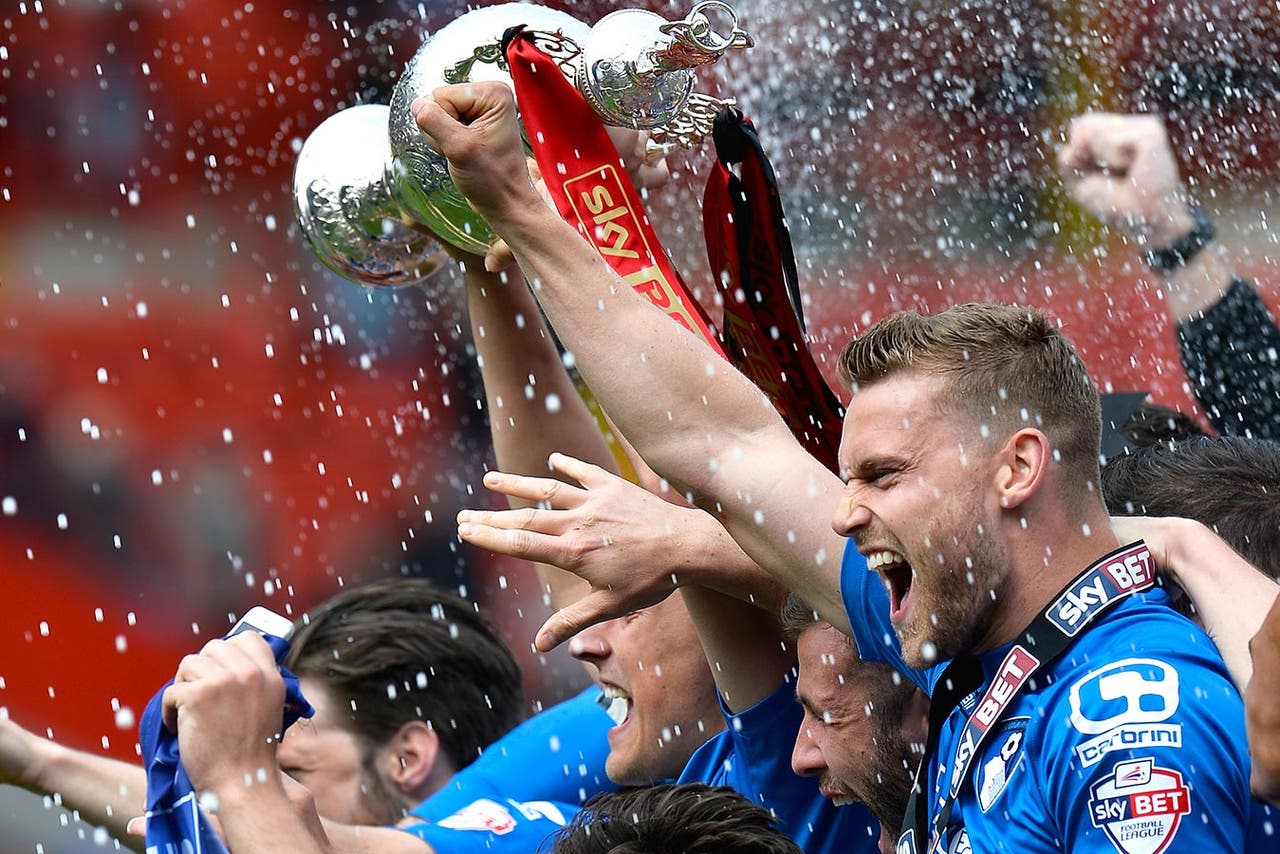 LONDON -- Bournemouth was promoted to the Premier League for the first time as second-tier champions after Watford threw away the title in the final seconds of the season on Saturday.

Already guaranteed promotion, Watford led the League Championship heading into Saturday's finale and was beating Sheffield Wednesday 1-0 until stoppage time when it conceded to draw 1-1.

That meant Bournemouth clinched the trophy by a single point by beating Charlton 3-0, only five years after the south-coast team was playing in the fourth tier.

There is another spot in the Premier League available to the playoff final winners. In the two-legged playoff semifinals, Norwich will play Ipswich in an east-coast derby and Middlesbrough will face Brentford.

The season ended in controversy for last-place Blackpool, with a protest by fans against chairman Karl Oyston leading to the game against Huddersfield being abandoned. Three minutes into the second half hundreds of disgruntled Blackpool fans poured onto the field, forcing the referee to take players off.

The Football League said it will decide whether to replay the match, but Blackpool had already been relegated and also faces Football Association action over its fans' behavior.