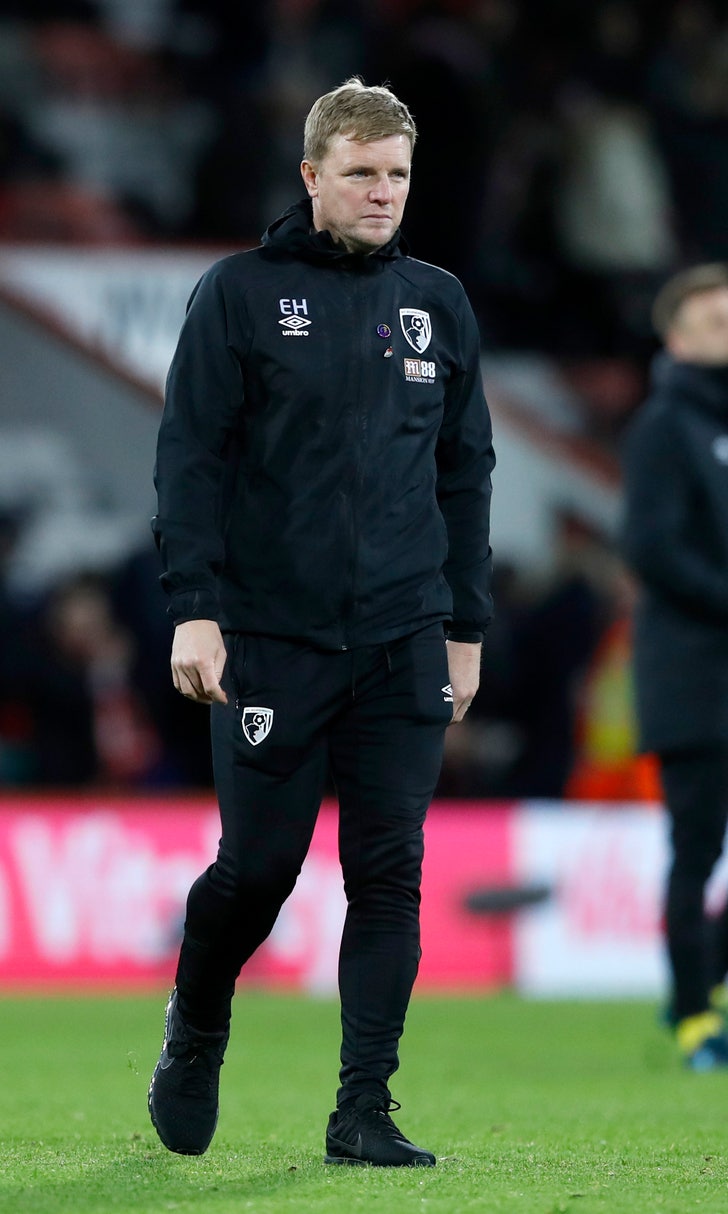 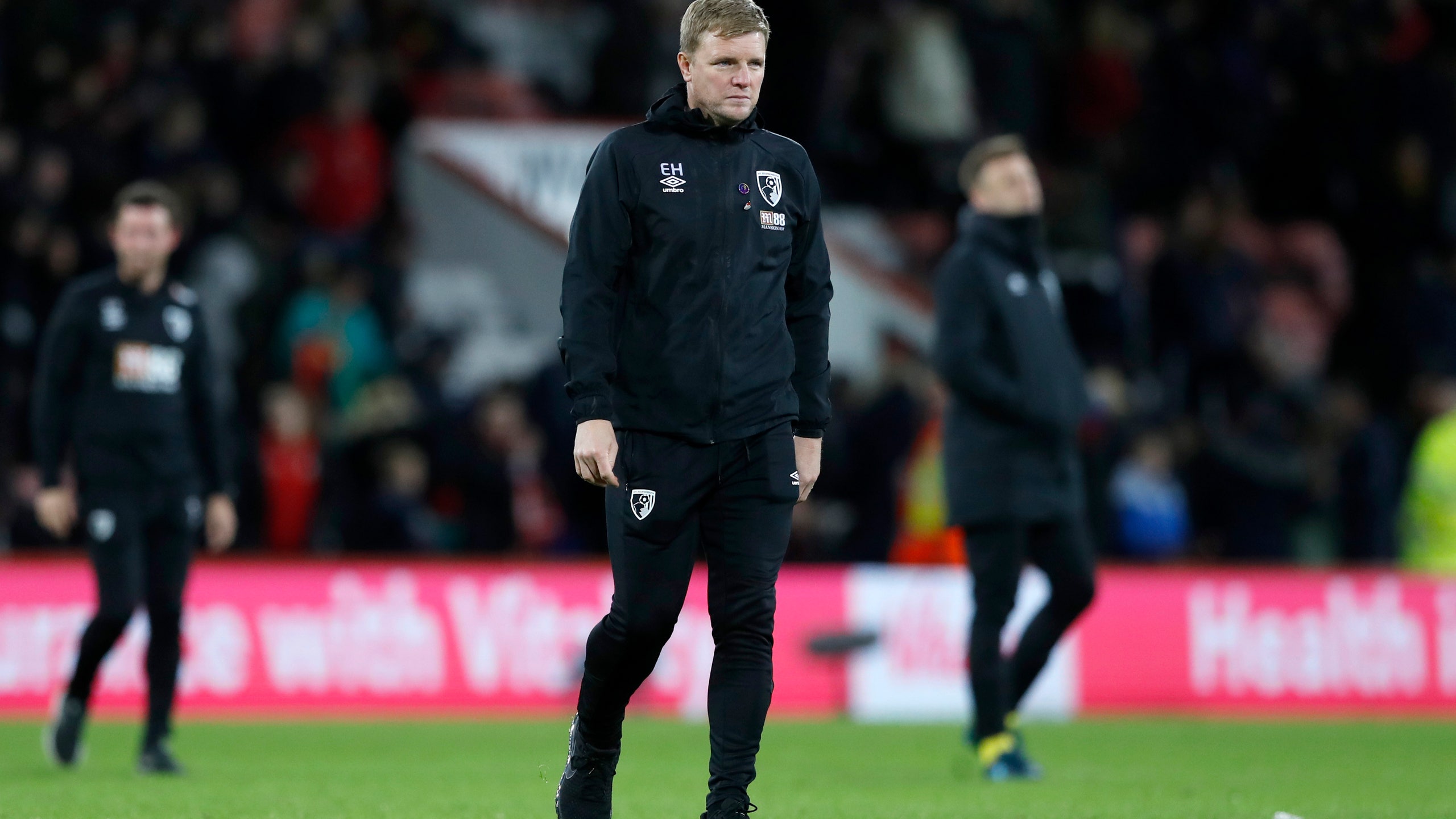 Go back to the 1990s, when he was a player, and there was Howe taking to the streets of the southern seaside town with a bucket, collecting cash to keep the financially stricken club alive.

How about New Year’s Day in 2009, when Howe took over as caretaker manager of the club when it was in last place in England’s fourth division, 10 points adrift of safety and seemingly with no hope?

So, a decade later, Howe will be putting Bournemouth’s current plight in the context of its perilous recent history.

It doesn’t mean he’s not worried.

Bournemouth is in free fall in the Premier League, with its injury-ravaged team having lost five straight matches to drop within a point of the relegation zone. With a trip to Chelsea ahead this weekend, Howe is likely to be staring at six losses in a row.

“It’s probably the biggest challenge we’ve ever faced since we’ve come into the Premier League,” Howe said of Bournemouth’s predicament after it was swept aside by first-place Liverpool 3-0 last weekend in one of bigger mismatches of the season.

That Bournemouth is in the top flight at all, never mind in its fifth season there, is something of a miracle in the first place considering where the team has come from.

Its cosy ground, the Vitality Stadium, is comfortably the smallest in the Premier League with a capacity of less than 12,000, meaning its matchday revenues pale in comparison with the behemoths of the division.

Just as impressive in Bournemouth’s story is Howe’s devotion to attacking soccer, even while in the Premier League and up against the most dangerous forward lines not just in England but in Europe. It is brave — some might say reckless — but it’s a philosophy that Howe, seven years into his second spell as Bournemouth manager, hasn’t wavered from.

The Cherries, as the team is nicknamed, have had the following finishing positions since getting promoted to the top division for the first time in its 120-year history in 2015: 16th, ninth, 12th and 14th.

Could this be the season their dream dies?

Injuries are certainly a major factor in their slump. With key players like Josh King, David Brooks, Adam Smith and Daniels already out, Howe saw arguably his two senior stars — England striker Callum Wilson and Netherlands defender Nathan Ake — go off injured against Liverpool in a match where Bournemouth didn’t have a shot on target.

Bournemouth’s entire first-choice defense — Smith, Cook, Ake and Daniels — is likely to be missing against Chelsea, as well as the front two of King and Wilson.

“You don’t win matches and get points in the Premier League without good players,” Howe said, “and we’ve got such a long injury list now that it’s obviously a big concern for the future.”

The form of winger Ryan Fraser, one of the best players last season, has dropped off. Recent signings like striker Dominic Solanke and winger Arnaut Danjuma Groeneveld haven’t delivered. Aaron Ramsdale, an inexperienced goalkeeper being used after Howe lost patience with error-prone veterans Asmir Begovic and Artur Boruc, is only 21 and being exposed every week.

Another issue for Howe is that he is slowly and inevitably breaking up the core of the team that got Bournemouth promoted in 2015, so maybe it has lost that special bond and some of its identity. The current Bournemouth squad is the youngest since the club came into the Premier League, with many of the leaders no longer regulars.

So where does Howe go from here? He is highly regarded because of his man-management and motivational skills and his playing approach, and often gets loosely linked with some of the top jobs in England, like at Arsenal and Everton, where there are currently vacancies.

It will be interesting to see when a bigger club does actually take the plunge for Howe, and if he decides to accept a new challenge. After all, he is wedded to Bournemouth, after two spells as a player and now two spells as a manager, and it will hurt him more than anyone else if the team does end up getting relegated.

The schedule relents somewhat after Chelsea, with eight of Bournemouth’s next 10 league games coming against opponents in the bottom half of the standings. Howe's team is known for its inconsistency, so maybe a good run is just around the corner.

It’s time for the team from a town previously better known as a sleepy retirement resort to wake up. 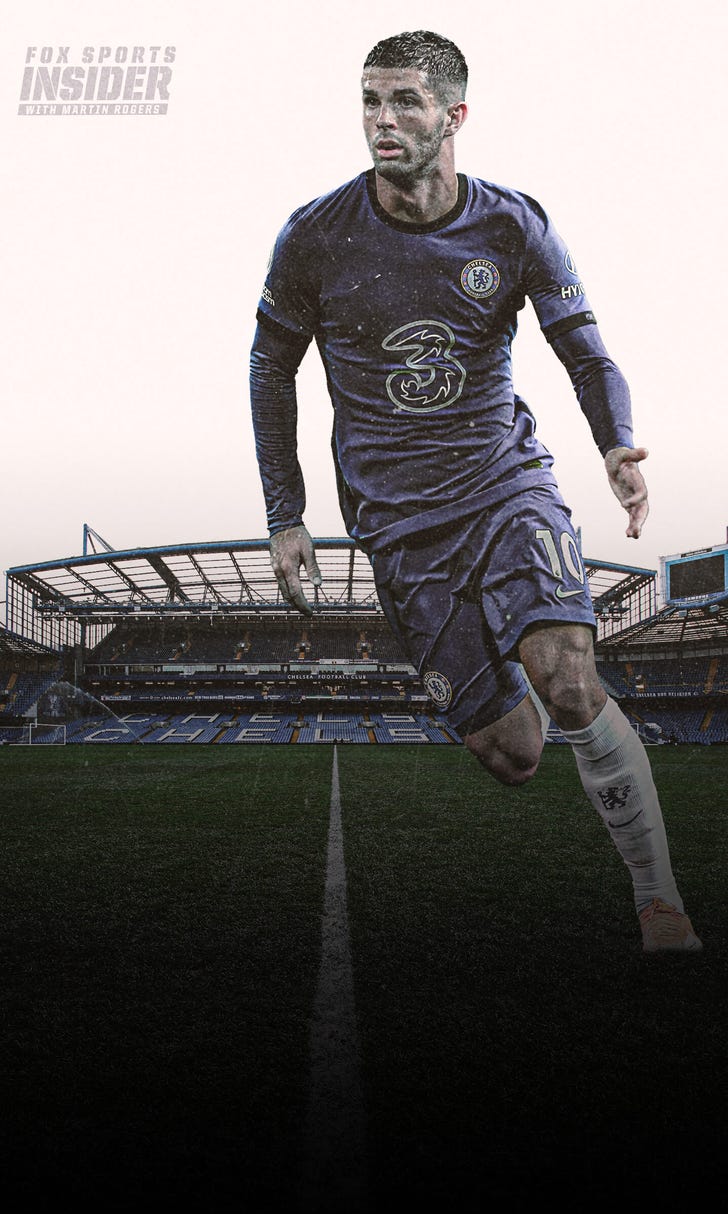 What's Next For Christian Pulisic?

What's Next For Christian Pulisic?
Christian Pulisic is struggling to find playing time. That has led to frustration for fans eager to see him succeed, Martin Rogers writes.
3 days ago

Premier League Sunday Takeaways
The Premier League wasn't short of intrigue on Sunday. Here's everything you need to know from the day's biggest matches.
6 days ago