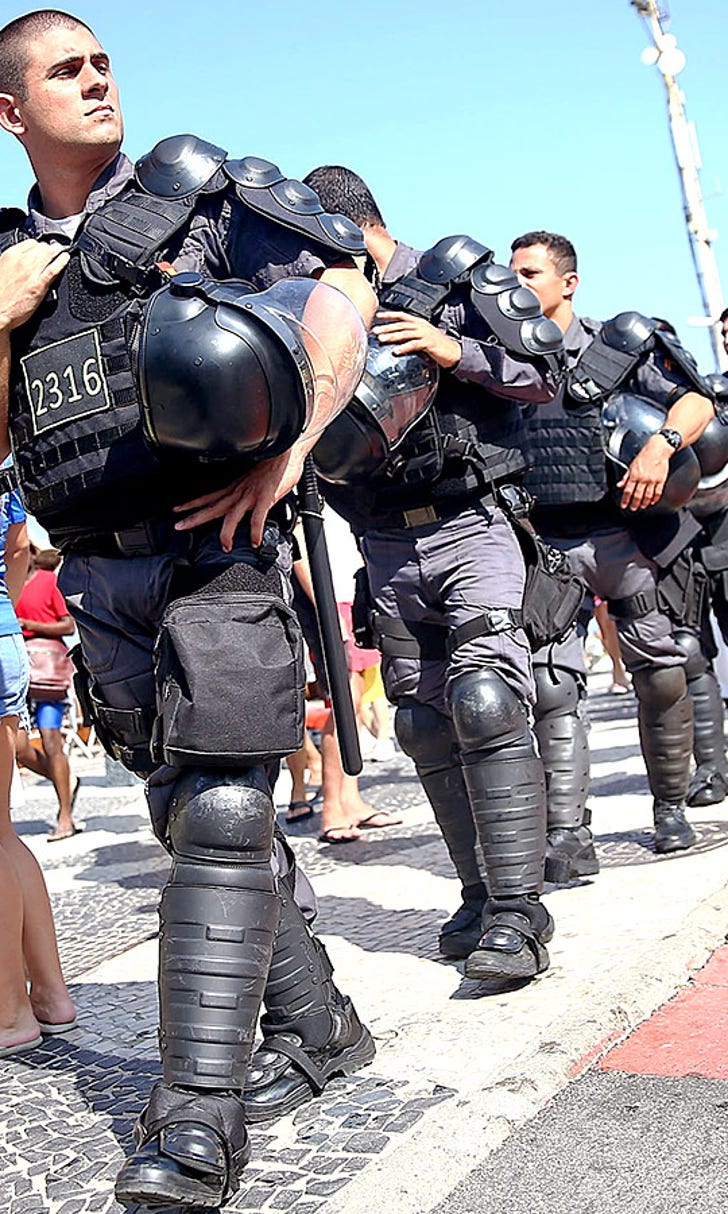 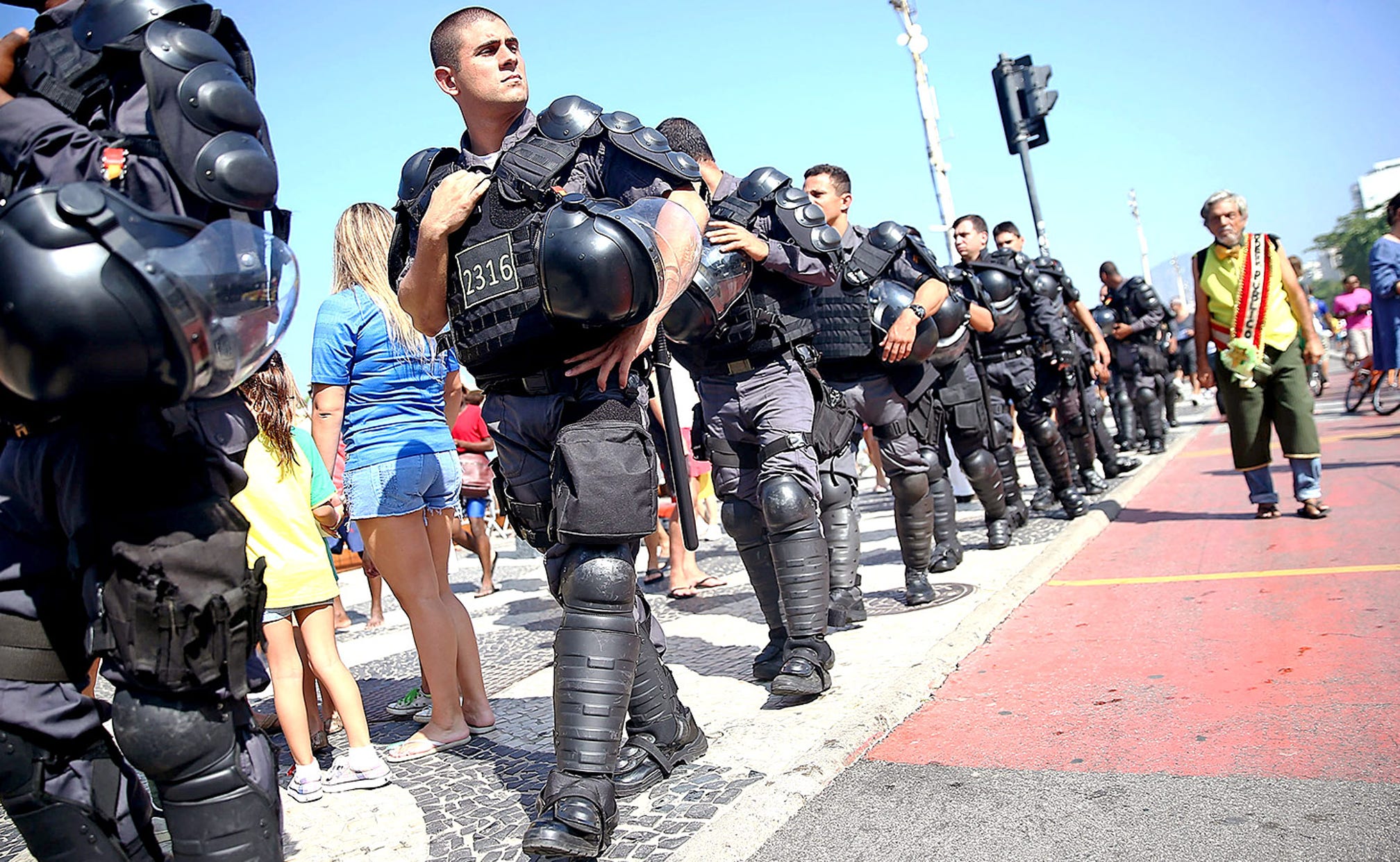 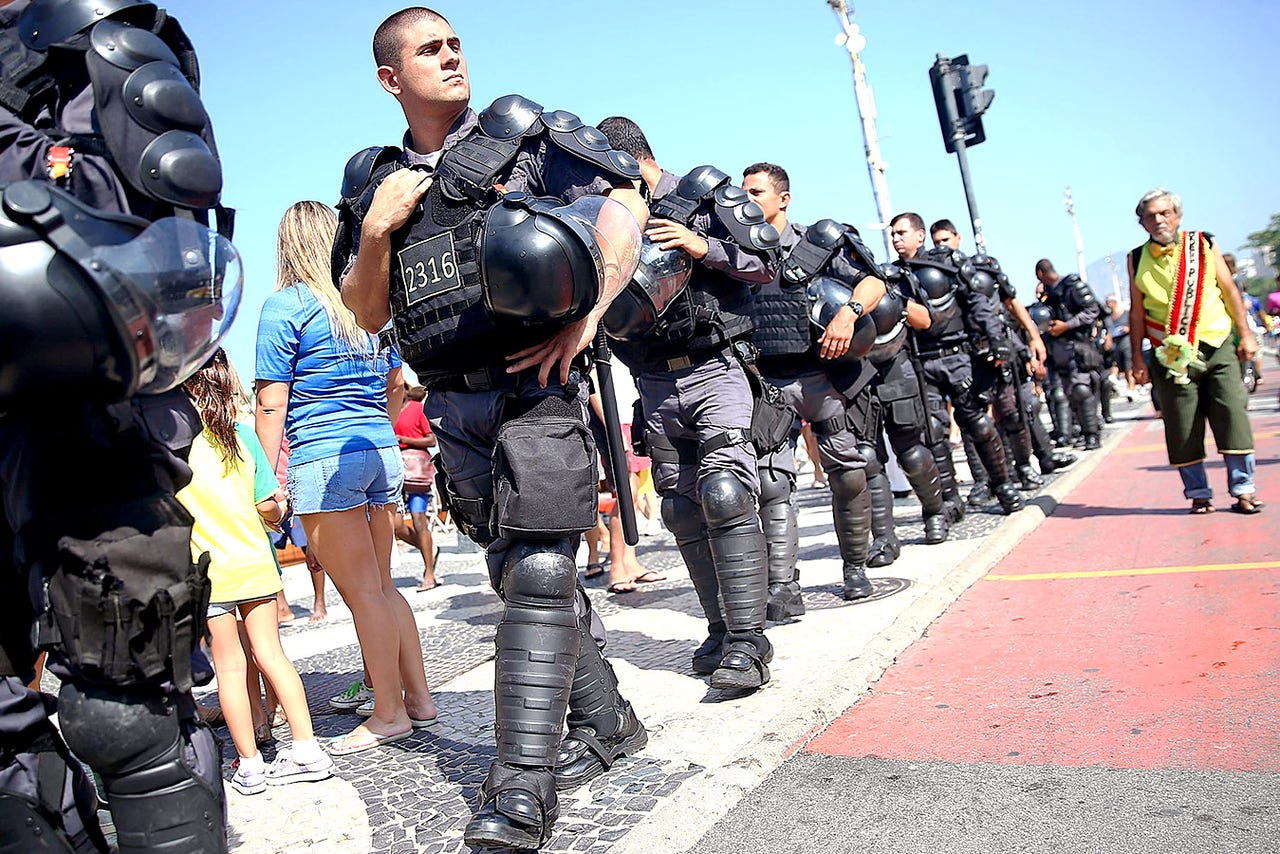 A Brazilian bomb squad blew up a bag deemed suspicious that was left near a metro station entrance close to the stadium where the World Cup game between Germany and France was underway.

Associated Press journalists saw the events while authorities closed the metro station as a precaution.

The Federal Police said in a statement it investigated a bomb threat near Maracana stadium but that no explosive device was found. Further details were not provided.

Few people were near the metro station when the bomb squad acted because tens of thousands of fans were inside the stadium watching the game.

Some surrounding roads were also closed while the bomb squad investigated. The incident lasted about 20 minutes.

The metro was reopened after the bag was detonated and before Germany beat France 1-0.