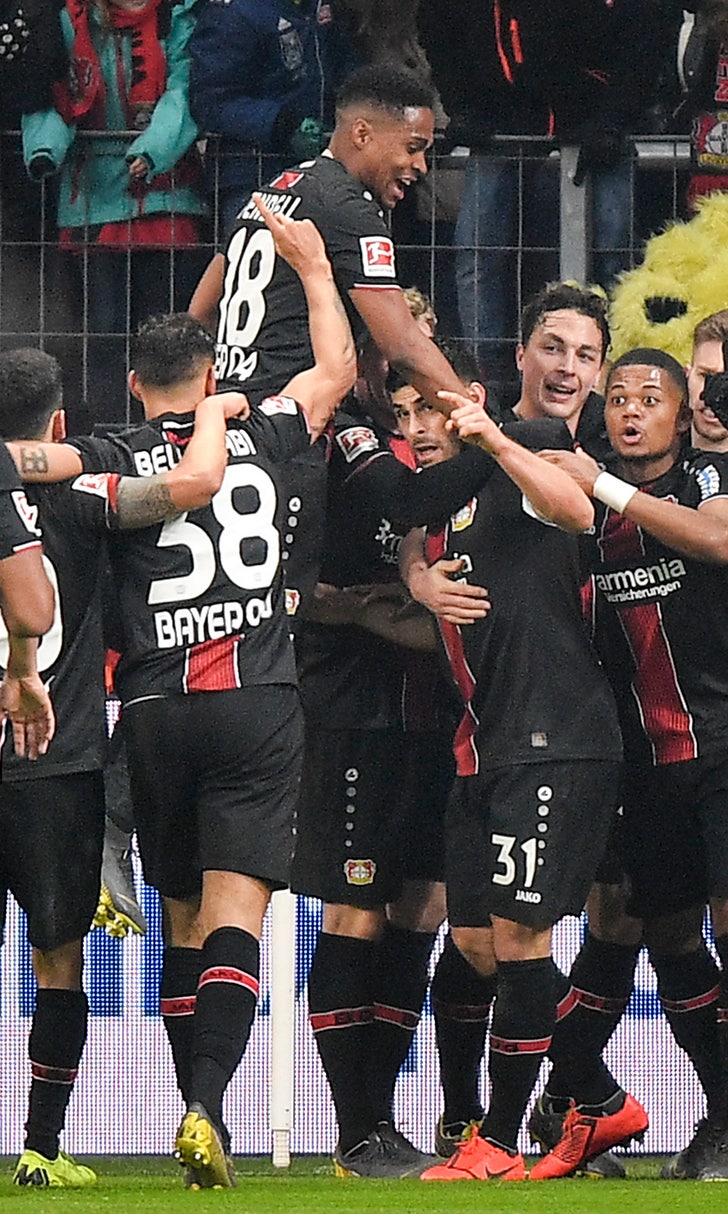 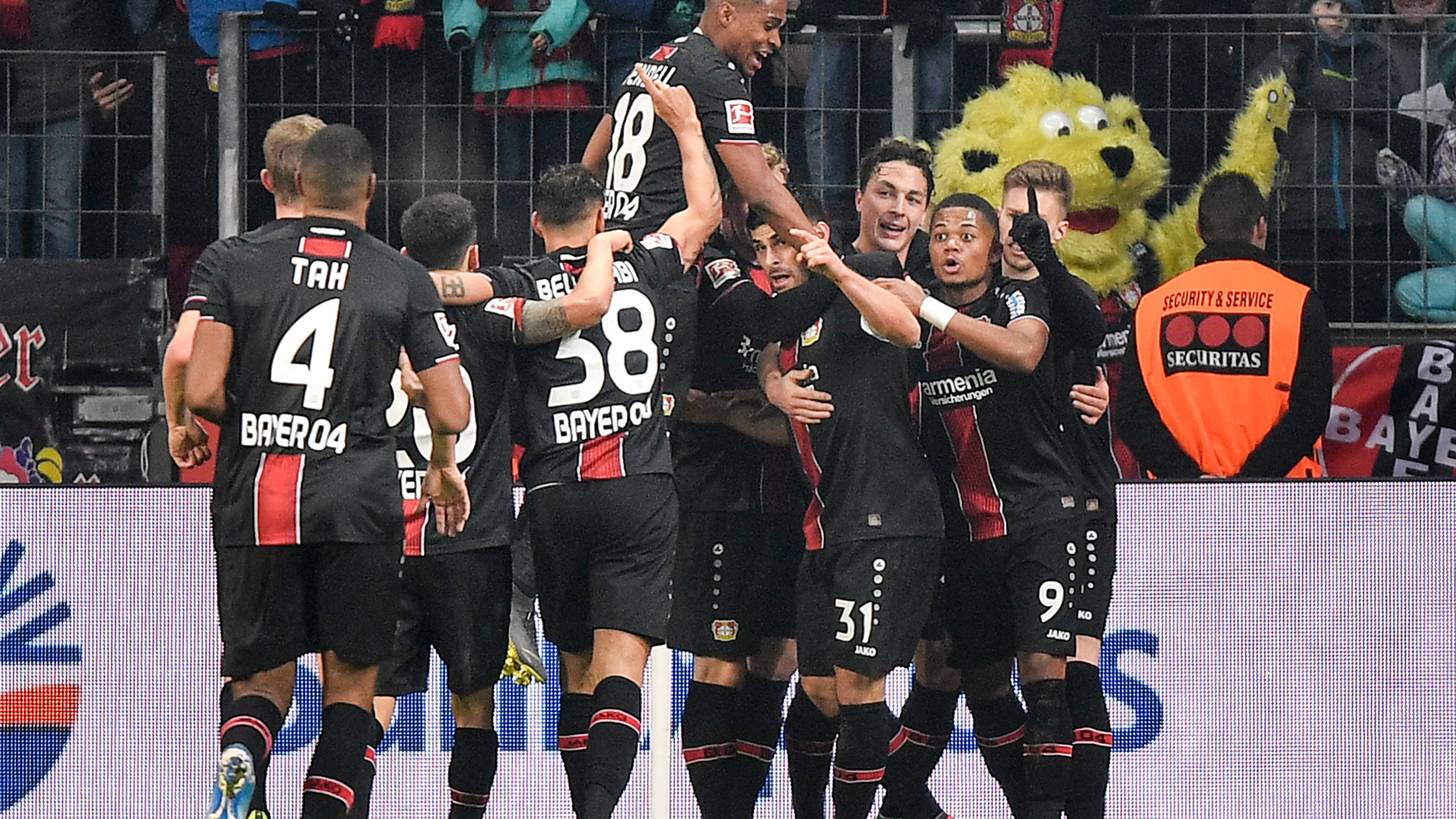 Bayern slips up at Leverkusen, Dortmund held in Frankfurt

BERLIN (AP) — Peter Bosz did all he could for his former side.

Bosz's Bayer Leverkusen came from behind to defeat Bayern Munich 3-1 and end the visitors' seven-game winning run in the Bundesliga on Saturday.

But Borussia Dortmund, which started the 20th round six points clear of Bayern, was unable to take full advantage as it was held at Eintracht Frankfurt to 1-1.

Bayern needed a win in Leverkusen to keep the pressure on Dortmund and it seemed to be going to plan for the six-time defending champion when midfielder Leon Goretzka scored before the break.

It was Leverkusen's second successive win in the third game under new coach Bosz, who guided Dortmund last season.

"They were two teams that had to win. Bayern for the championship and us for Europe," said Bosz, whose side is one point behind Wolfsburg in the last place for Europa League qualification.

Bayern coach Niko Kovac rued a Robert Lewandowski goal ruled out for offside by the video referee. It was a marginal decision.

"If we had gone in 2-0 up at the break I don't think anything would have happened as Leverkusen had done nothing in the first half," Kovac said.

The Bayern coach remained bullish despite dropping points for the seventh game in 20.

"Our chances are only minimally worse off. We never give up," Kovac said.

When told of Bayern's loss, Dortmund goalkeeper Roman Buerki said, "For me it's only a small comfort."

Dortmund captain Marco Reus scored in the 22nd minute after some great work from Raphael Guerreiro, who eluded two defenders to set up the goal.

Frankfurt had been dangerous throughout - Buerki bailed out his side with a number of saves, particularly in the first half - and Luka Jovic finally equalized 10 minutes before the break with a spectacular finish after Ante Rebic hit the crossbar.

Late goals from Christoph Kramer and Florian Neuhaus were enough for Borussia Moenchengladbach to move second ahead of Bayern on goal difference with a 2-0 win at 10-man Schalke. Goalkeeper Alexander Nuebel was sent off before the hour mark.

Elsewhere, Wolfsburg won at Hertha Berlin 1-0, Hoffenheim was held by Fortuna Duesseldorf to 1-1, and Nuremberg's 1-1 draw with Werder Bremen was enough to climb off the bottom and leave Hannover in its place.