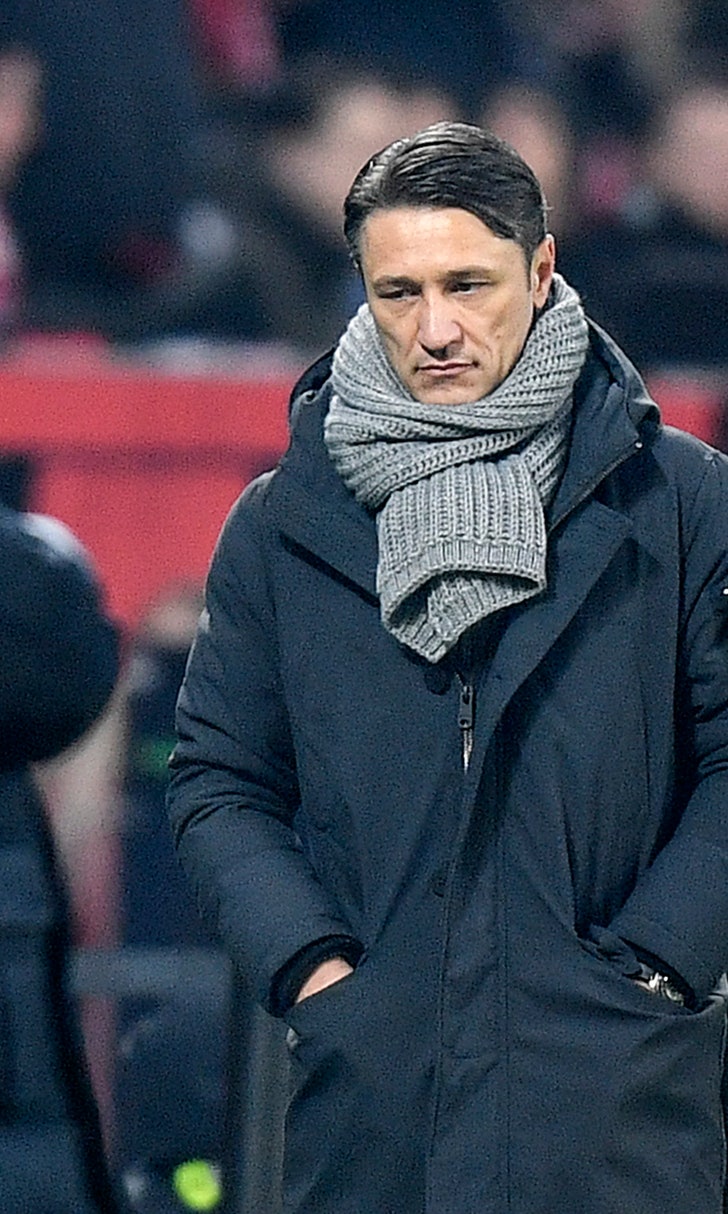 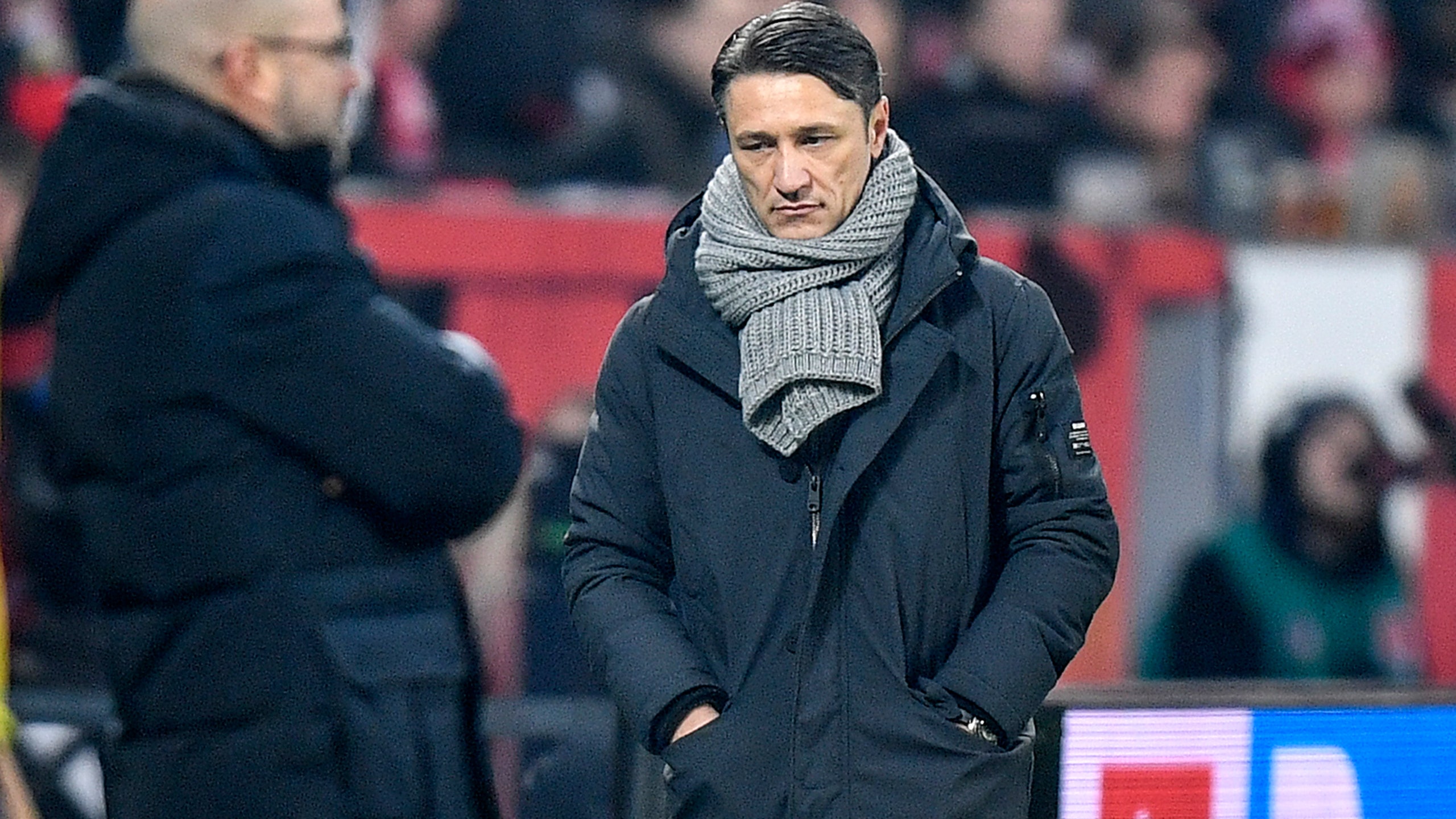 Bayern Munich is putting together its worst Bundesliga performance in seven years.

A 3-1 loss at Bayer Leverkusen on Saturday was Bayern's fourth so far this campaign — as many as it had all of last season. Bayern hasn't lost so many games by the 20th round since Borussia Dortmund last won the title in 2012.

On Feb. 4, 2012, Bayern's 1-1 draw at Hamburg allowed Dortmund to take a two-point lead in the Bundesliga with a win at Nuremberg. Bayern had five defeats already by that stage and lost the title by eight points. Dortmund also rubbed salt in Bavarian wounds by defeating Bayern 5-2 in the German Cup final to claim a domestic double.

Dortmund is already seven points clear this season and looks a far better bet for the title than Niko Kovac's disjointed team.

The problems lie deeper, however.

Neuer, Bayern's captain, missed the defeat in Leverkusen with a right hand injury, but has looked a shadow of his former self when he has played this season. Once touted by German pundits as the best goalkeeper in the world, it's no longer certain whether Neuer, 32, is even the best in the country.

He has been outshone by Borussia Moenchengladbach's Yann Sommer, who has 10 clean sheets in 20 games, Leipzig's Peter Gulacsi, who has nine in 19, and Dortmund's Roman Buerki, who has bailed out his defense consistently this season.

That Bayern has missed Robben and Ribery says a lot about the state of the team. Both wingers are 35 and in their final months at the club, which should not be dependent on the two in its push for silverware.

Nor have Bayern's attempts to replace Robben and Ribery paid off so far. Canadian teen Alphonso Davies can hardly be expected to fill either hole on the wing so soon following his $22 million (18.75 million euros) transfer from the Vancouver Whitecaps last month.

Kingsley Coman, 22, and Serge Gnabry, 23, haven't looked convincing so far, and Bayern's unsuccessful attempts to sign 18-year-old English forward Callum Hudson-Odoi from Chelsea reveal a lack of faith in the players the club already has to replace the departing duo known as "Robbery."

Robert Lewandowski has looked a forlorn figure as Bayern misfires. The star forward showed his frustration in the defeat in Leverkusen, remonstrating with Coman for shooting instead of passing to him. Leon Goretzka scored, as it turned out, seconds later.

Former Bayern and Liverpool midfielder Dietmar Hamann suggested that Lewandowski's demeanor was a problem for the side.

"His theatrics, his dismissiveness, his at times halfhearted play on this pitch — I think it's obvious he's a loner," Hamann told Sky TV after Sunday's game, saying his former club should sell the 30-year-old forward.

"This Lewandowski from three or four years ago, who went behind the defensive lines and brought down long balls, who brought the wingers and midfielders into the game — I haven't seen him for a long time."

The only bright spot for the under-pressure Kovac this season has been Goretzka's coming of age following his free summer transfer from Schalke. The 23-year-old Germany midfielder has four goals in his last three appearances and has established himself as a starter at James' expense. The Colombian midfielder, who was unhappy to go off for Davies against Leverkusen, has only played one full game all season.

Kovac still endures doubts on his suitability for the job in his first season at Bayern. The former Eintracht Frankfurt coach, who started with seven straight wins across all competitions, already survived an autumnal stumble after three games without a win.

A run of seven straight wins in the Bundesliga papered over the cracks and brought Bayern back on course, but defeat in Leverkusen has alarm bells ringing again.

An away trip to Hertha Berlin, which defeated Bayern 2-0 in Munich, is next up in the German Cup on Wednesday. Two games against Premier League leader Liverpool are looming in the Champions League on Feb. 19 and March 13.

Liverpool coach Juergen Klopp, who masterminded Dortmund's back-to-back title wins at Bayern's expense in 2011 and 2012, could very well cause even more pain for the Bavarians.