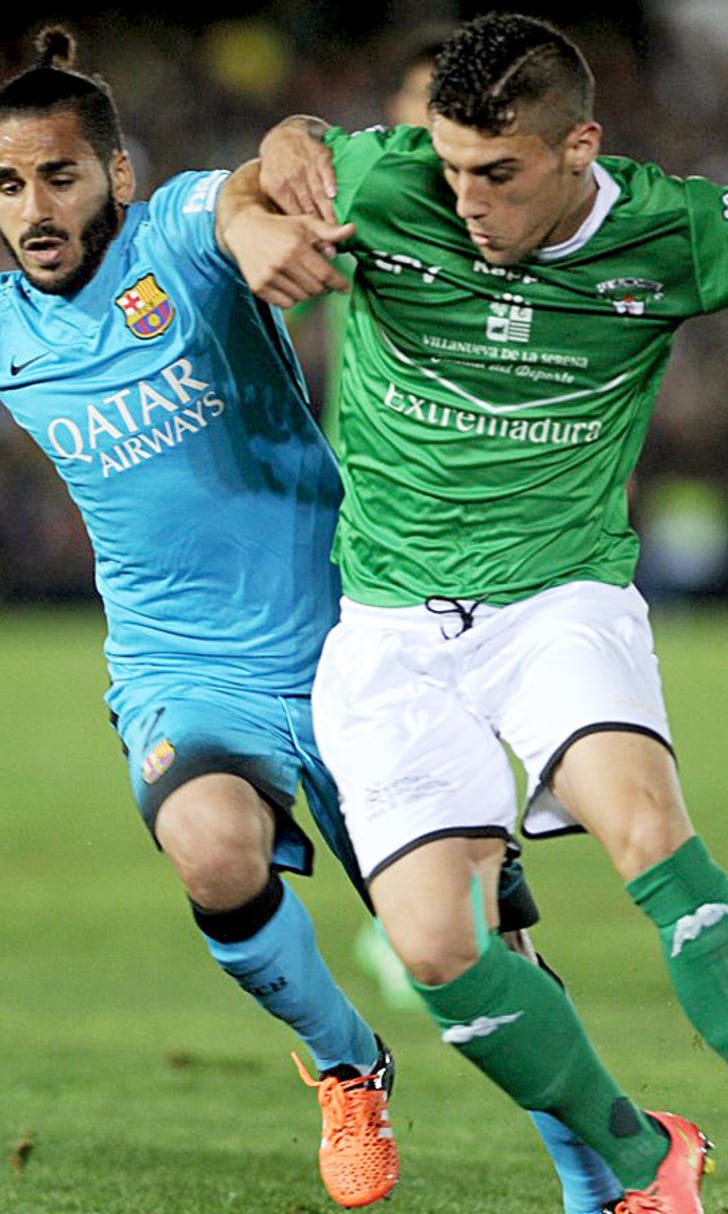 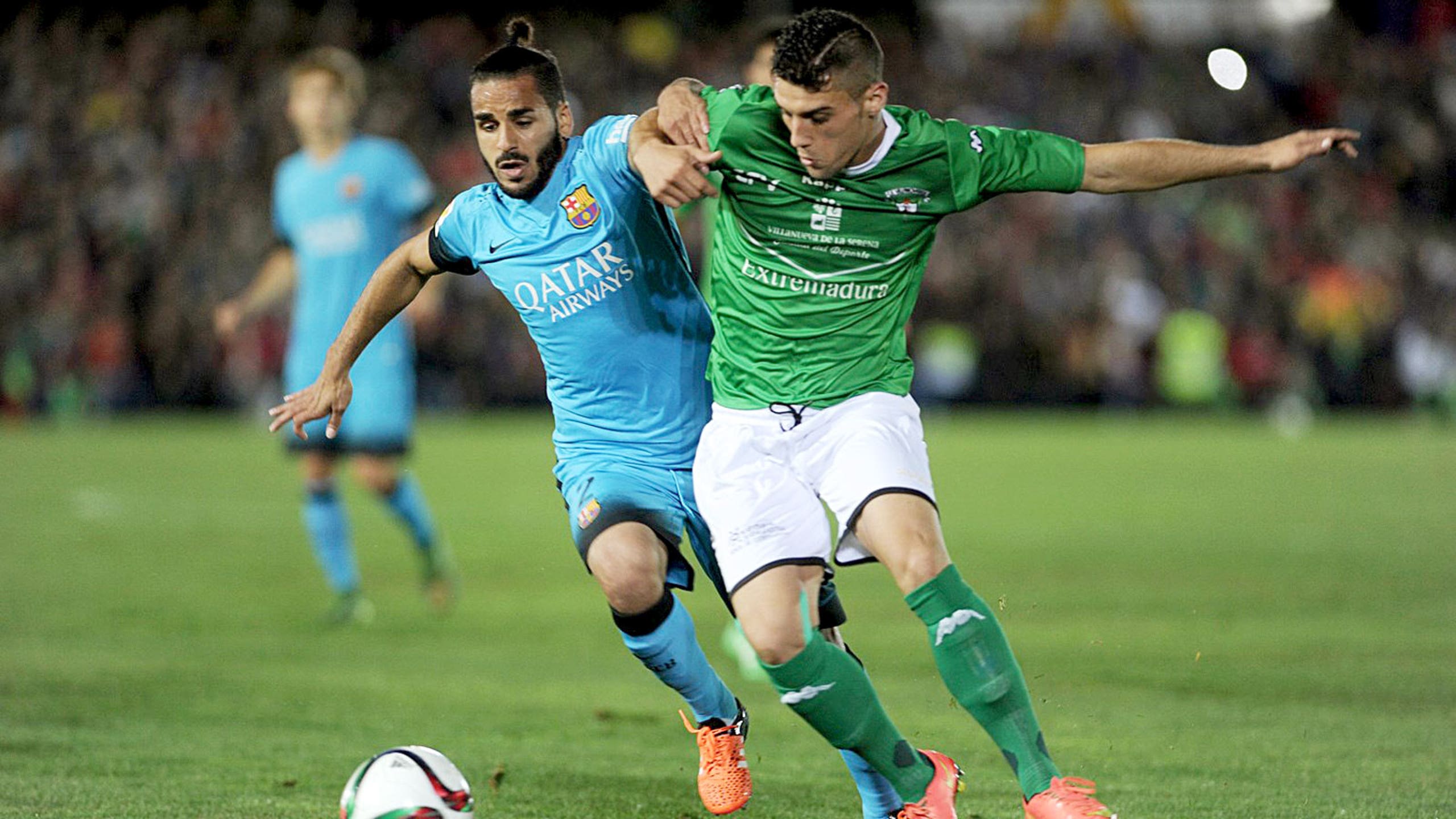 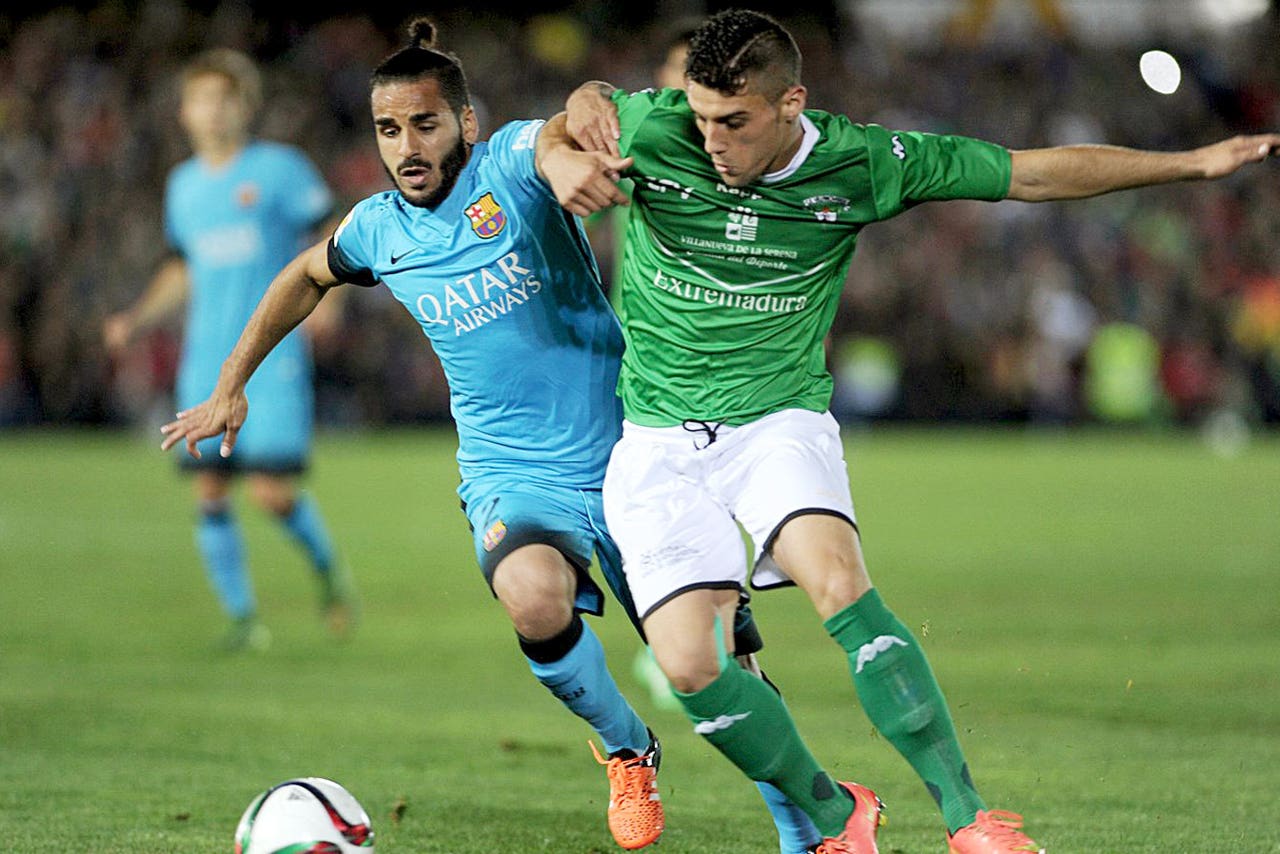 Barcelona was held to a scoreless draw by third-tier Villanovense on Wednesday in a disappointing start to the Copa del Rey for the defending champion.

Barcelona coach Luis Enrique rested nearly all of the team's regular starters and instead played reserves.

Barcelona struggled to create many opportunities and it was Villanovense which came closest to opening the score when defender Javi Sanchez struck the crossbar with a close-range shot off a corner in the 42nd minute.

Forward Sandro had one of Barcelona's best chances with a shot from outside the area in the 65th. The visitors had more opportunities near the end but failed to capitalize on them.

The game was played at the tiny Romero Cuerda Stadium, which usually hosts 3,000 people but held a crowd of nearly 10,000 on Wednesday with the addition of temporary structures.

''It's a dream come true,'' Villanovense captain Angel Pajuelo said. ''We can say we've already reached our goal. To earn a 0-0 draw here feels like a victory.''

Barcelona is the defending champion and the club with the most Copa del Rey titles with 27.

The round of 32 is the first to include the 20 first-division teams.

The game was held in advance to make room in the calendar for Barcelona to play at the Club World Cup in December. Real Madrid, which will face third-tier team Cadiz, and the rest of the teams will play their first legs during the first week of December.

Villanovense, based in western Spain, was founded in 1992.