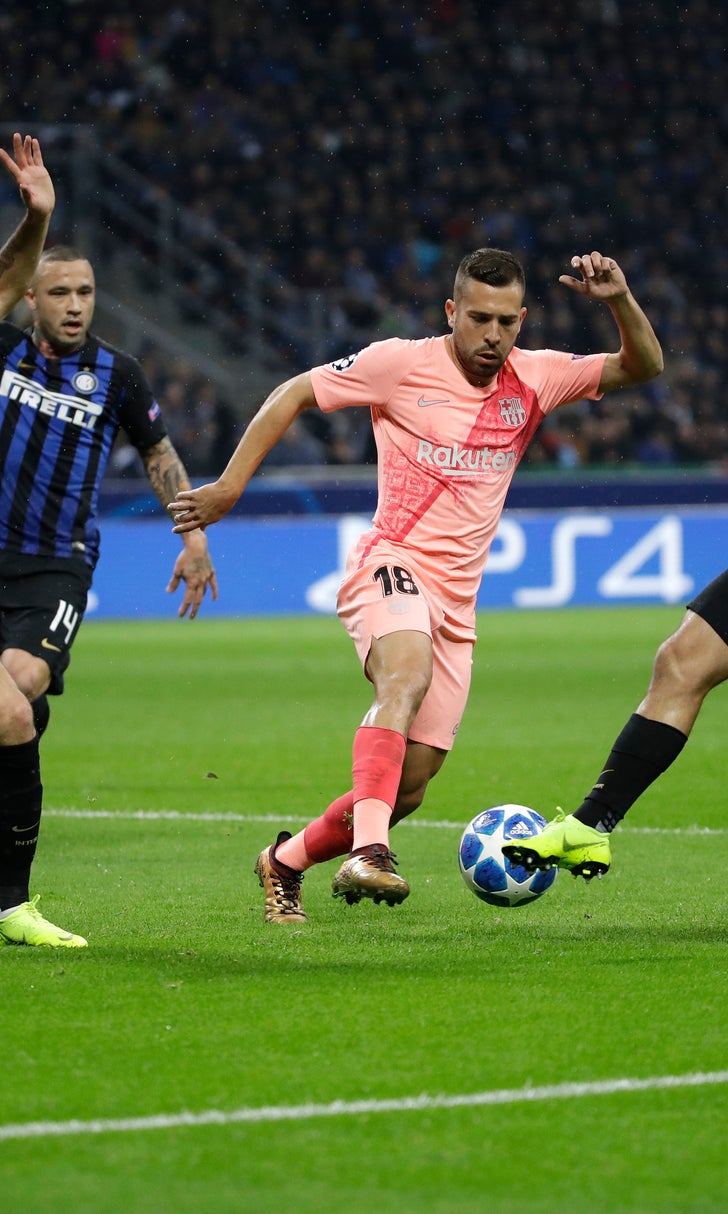 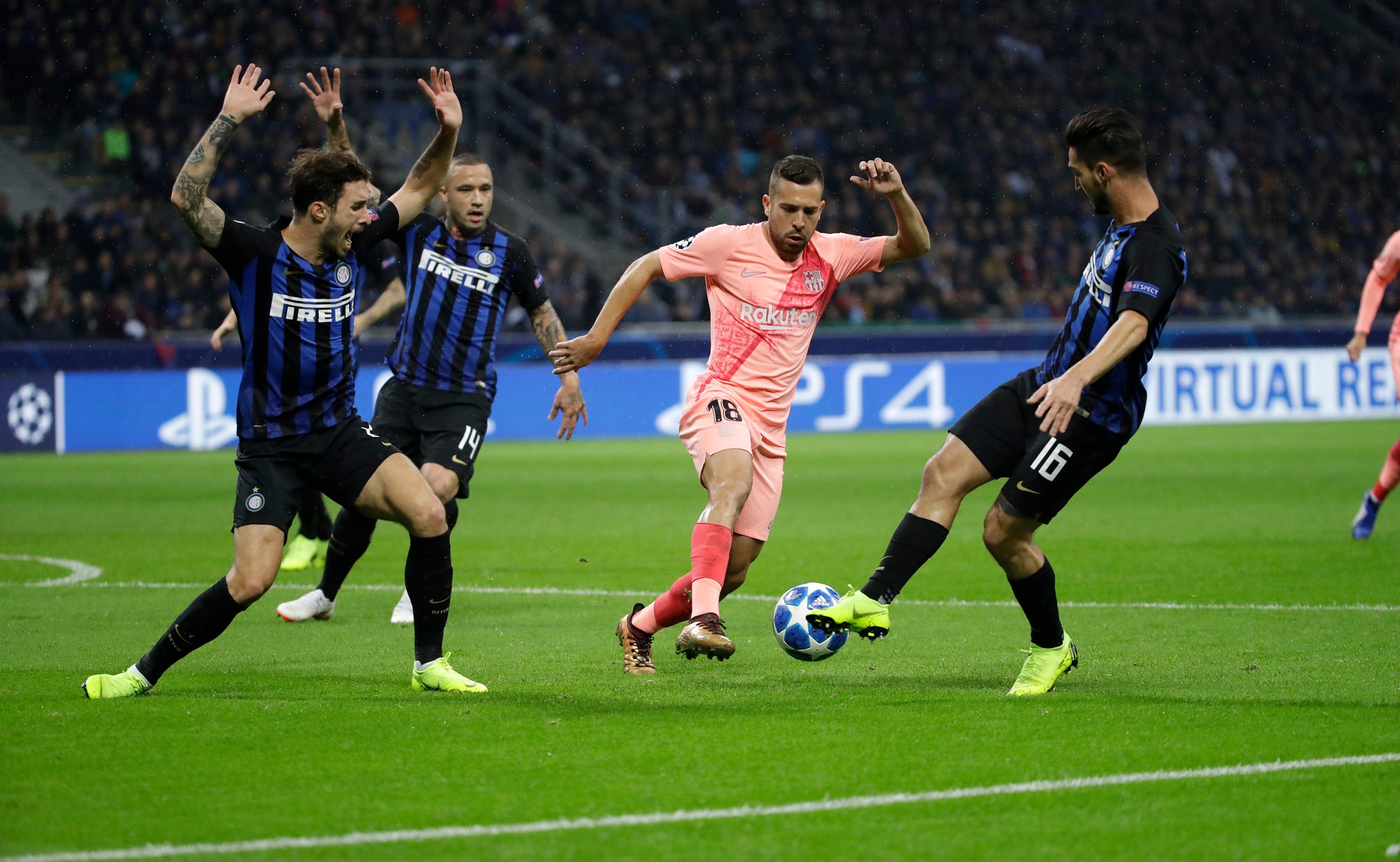 Barcelona left back Jordi Alba back in Spain squad

MADRID (AP) — Barcelona left back Jordi Alba was recalled by Spain on Thursday for the UEFA Nations League match against Croatia.

Coach Luis Enrique has been heavily criticized for not including Alba in his first two squads since he took charge of Spain following a disappointing World Cup in July. Former Spain defender and Alba's clubmate, Gerard Pique, recently called on the coach to pick Alba.

A win by Spain in Croatia on Nov. 15 will put it into the Nations League final four to be played in June.

Alba has 66 caps and eight goals for Spain, including one in the final of the 2012 European Championship where Spain routed Italy 4-0.

Alba is having an excellent season for Spanish leader Barcelona, scoring twice. He has started 10 of 11 Liga matches and all four Champions League games.

Luis Enrique denied he brought Alba back because of the pressure from Pique and the media.

"I don't make decisions based on what is popular or what a given person thinks," Luis Enrique said at a news conference. "I do so according to what I think is best.

"Nobody knows Jordi Alba better than we do. For three years we had the opportunity to get to know him, and he played 80 percent of the time. This is a professional decision, not a personal one."

Spain also hosts Bosnia and Herzegovina in a friendly on Nov. 18.