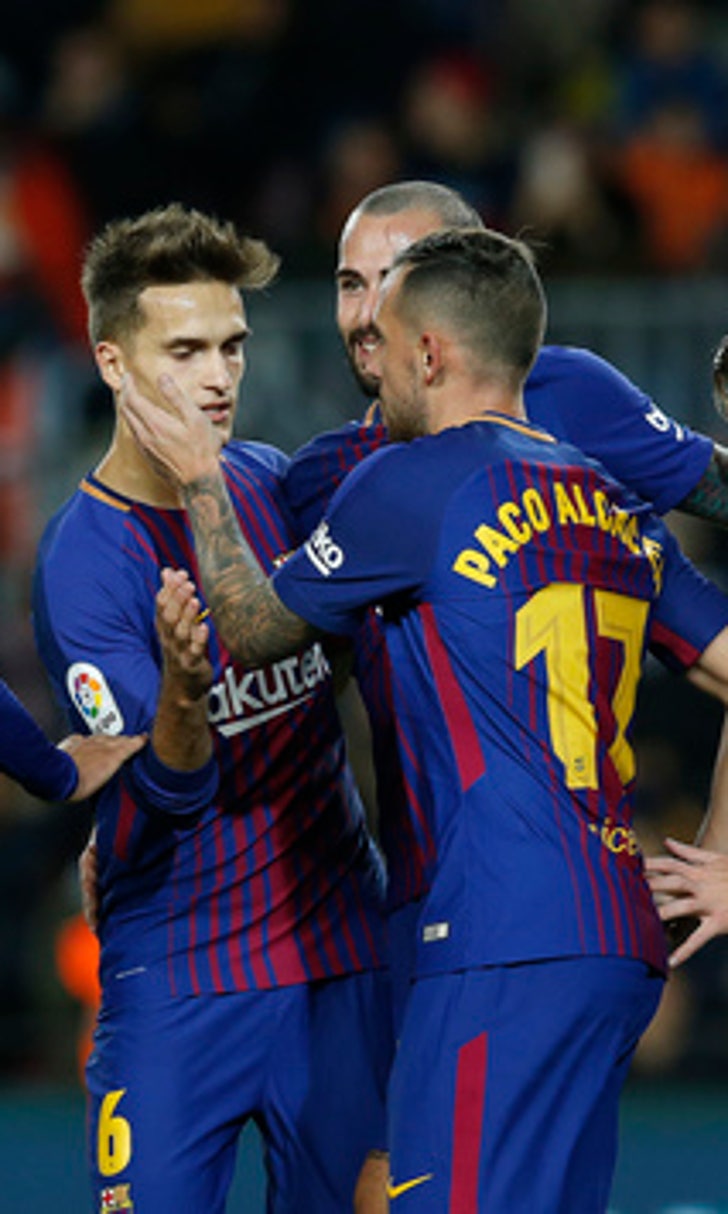 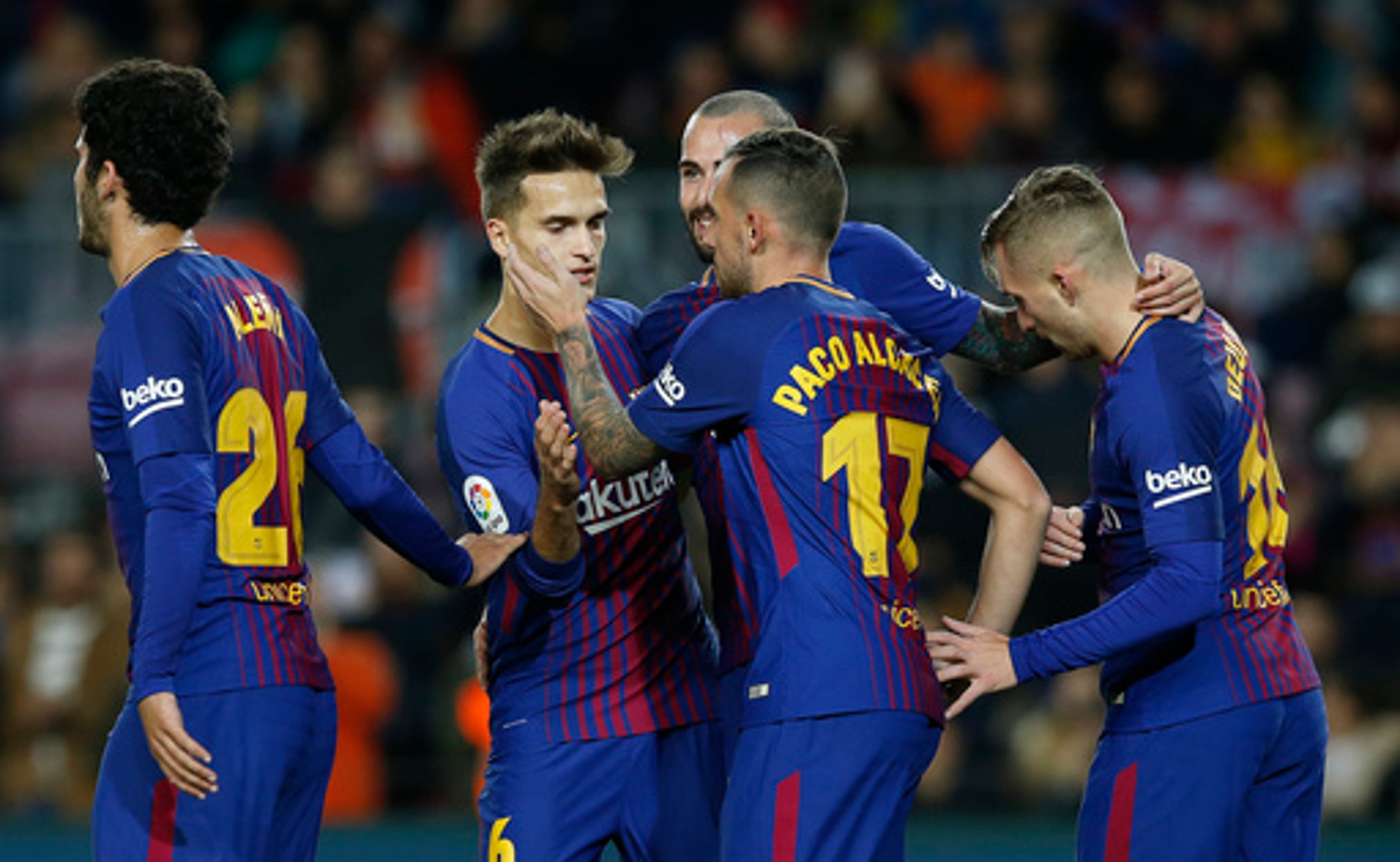 MADRID (AP) Barcelona reached the last 16 of the Copa del Rey with a comfortable 5-0 win over Murcia on Wednesday, but Basque Country teams Real Sociedad and Athletic Bilbao were eliminated by third-division clubs.

Atletico Madrid advanced after a 3-0 win against Elche to overcome a first-leg draw.

Barcelona striker Paco Alcacer scored in the first half and Gerard Pique, Aleix Vidal, Denis Suarez and Jose Arnaiz each added goals after halftime to give the hosts an 8-0 aggregate win against the third-tier club.

''We played with great attitude,'' Barcelona coach Ernesto Valverde said. ''You don't want to go through any scares in these games, and the best way to do that is to play with good rhythm and dynamism.''

Barcelona played without most of its regular starters, including Lionel Messi and Luis Suarez.

Pique, who missed the Spanish league game against Valencia at the weekend, started the match at Camp Nou but was substituted right after scoring his 56th-minute goal.

Barcelona is trying to become the first team to win four straight Copa del Rey titles since Athletic Bilbao in 1930-33.

Lleida won 3-2 after trailing by two goals at halftime at Anoeta Stadium. It had lost the first leg 1-0 at home.

''This hurts,'' Sociedad coach Eusebio Sacristan said. ''We have to ask for the fans' forgiveness. We are very disappointed.''

Sociedad, seventh in the Spanish league, went ahead with goals by Diego Llorente and Juanmi, but the Catalan outsiders rallied with goals by Aitor Nunez and Manu Molina early in the second half. The 18-year-old Radulovic stunned Sociedad with a header near the end.

''I'm speechless,'' Radulovic said. ''It's my first goal with the first team, in a stadium like this, against a first-division club.''

Athletic Bilbao was eliminated by Formentera after conceding a goal in the sixth minute of stoppage time at its San Mames Stadium, losing the two-leg series 2-1.

''We know that this is a huge loss and that the fans are disappointed,'' Athletic coach Jose Angel Ziganda said. ''This is probably the worst moment I've had to go through as a coach.''

Substitute Alvaro Muniz netted the winner with a header off a corner kick cross to stun the home crowd in Bilbao.

''Tomorrow it will sink in what it means to beat Athletic in its stadium,'' Formentera coach Jose Angel Garcia Sanjuan said.

Fernando Torres scored a goal in each half as Atletico easily defeated third-division club Elche at the Wanda Metropolitano Stadium, advancing 4-1 on aggregate.

The goals ended Torres' scoring drought after 13 matches this season.

Jose Gimenez also scored for Atletico, which has won three straight in all competitions.

Wissam Ben Yedder scored twice in the first six minutes to lead Sevilla to a 4-0 win over third-division club Cartagena, securing a spot in the last 16 with a 7-0 win on aggregate.

Paulo Henrique Ganso added to the lead just before halftime and Joaquin sealed the victory in the second half.

It was Sevilla's first match without coach Eduardo ''Toto'' Berizzo, who underwent surgery to treat prostate cancer on Tuesday.

Assistant coach Ernesto Marcucci is in charge until Berizzo returns.

Las Palmas advanced 6-4 on aggregate after a 3-2 home loss to Deportivo La Coruna, but it lost striker Vitolo just before halftime because of a left leg injury.