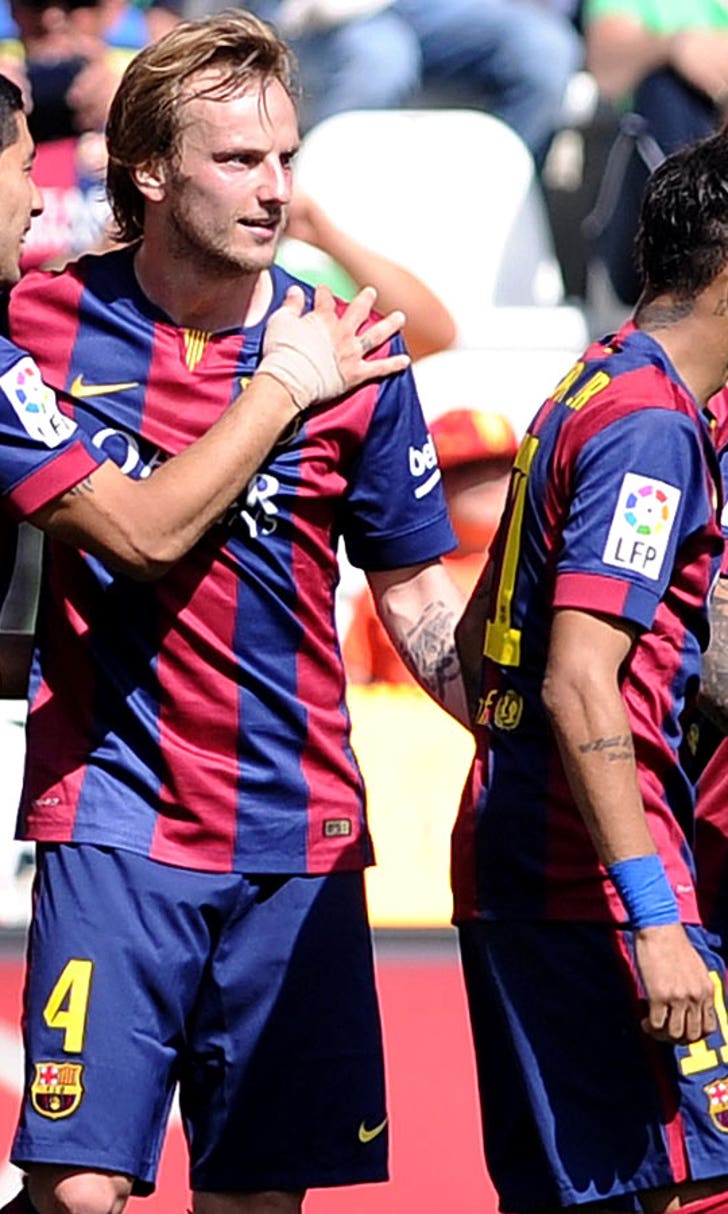 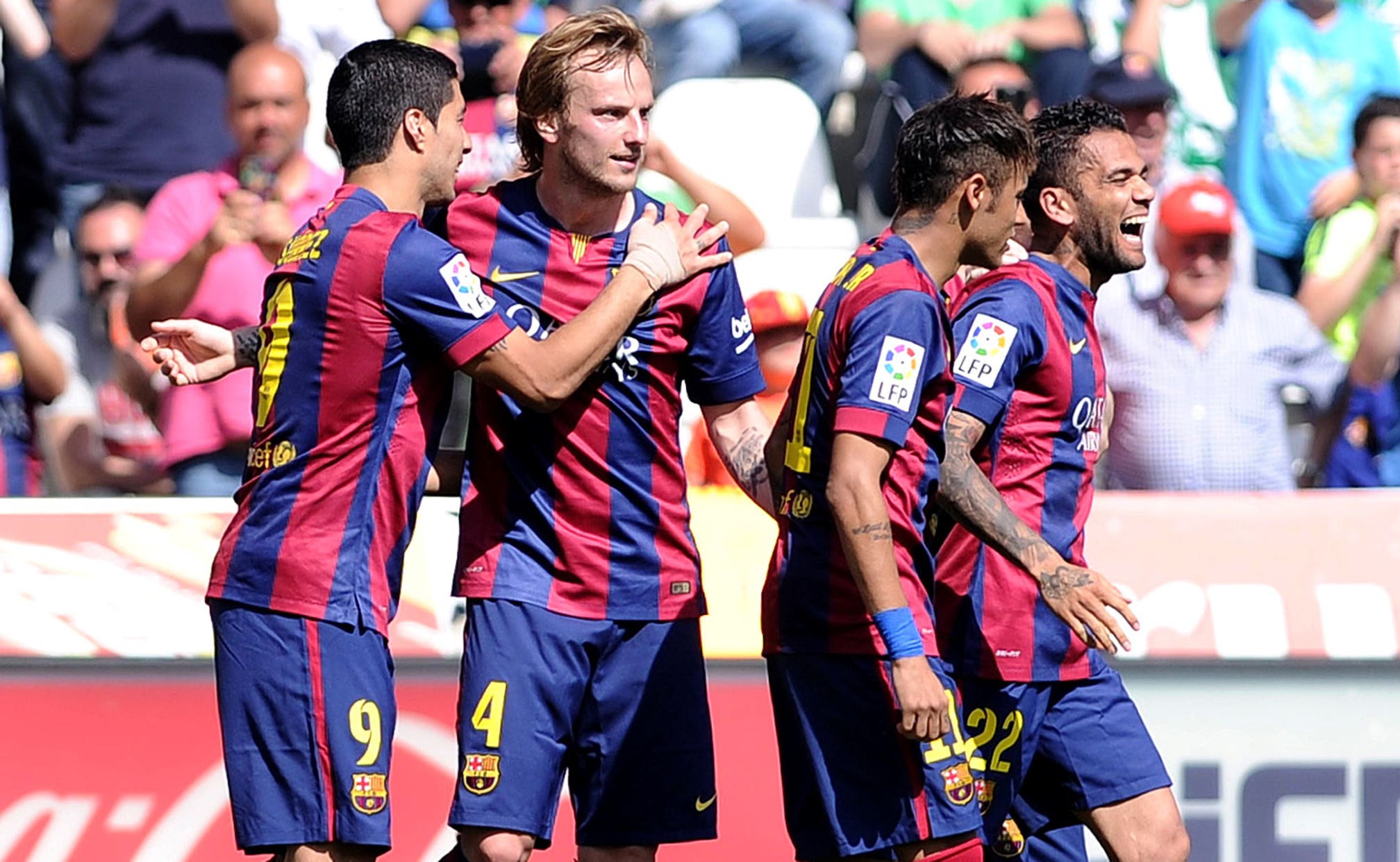 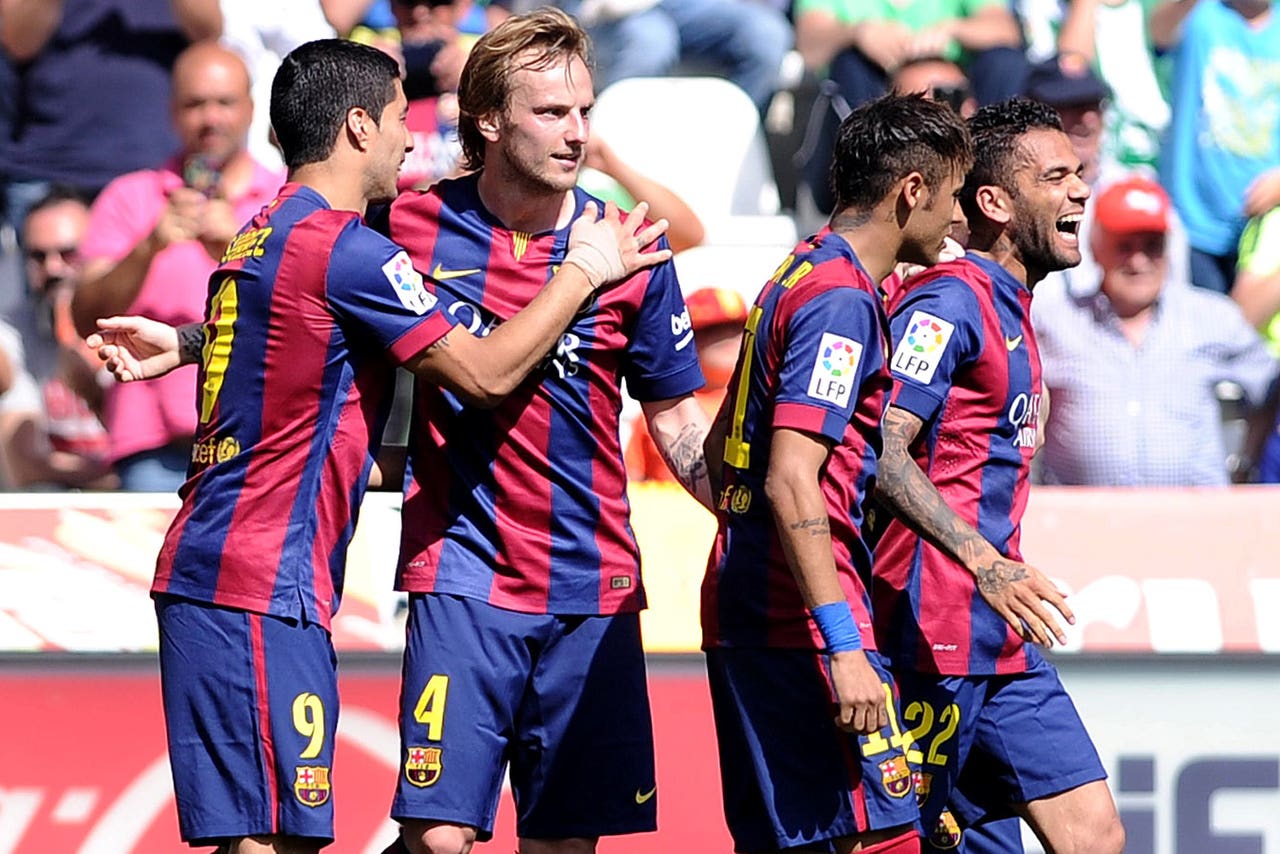 Luis Suarez scored his first hat-trick for Barcelona and Lionel Messi bagged a brace as the Catalans thrashed Cordoba 8-0 away from home, relegating the Andalusian side in the process.

The hosts did well to survive Barca's early onslaught but eventually fell behind to a thumping drive from Ivan Rakitic in the 42nd minute, and Suarez doubled the advantage on the stroke of half-time.

Messi stretched the visitors' lead further by scoring in the first minute of the second half, and then Suarez struck again, before Gerard Pique, Messi and Neymar each scored, the latter from the penalty spot, with Suarez grabbing his third in the 88th minute.

Barca stay top of the Primera Division thanks to this avalanche of goals, while Cordoba mathematically seal their immediate return to the Segunda Division.

Despite the weak opposition and the fact Barca host Bayern Munich on Wednesday in the Champions League, Luis Enrique fielded a full-strength side, who dominated the game in every aspect.

Neymar could have given the visitors the lead in the second minute when he got on the end of Dani Alves' cross but the striker volleyed over the bar.

A few minutes later the Brazilian struck the inside of the post after a majestic pass from Messi, who also could have broken the deadlock later on in the half when he wormed his way into the area past three defenders but shot straight at goalkeeper Juan Carlos.

Messi did provide the pass for the opening goal, however, allowing Rakitic to smash the ball into the roof of the net from the left of the area just three minutes before the break.

Suarez then hit Cordoba with another blow just as stoppage time in the first half was about to elapse, arriving at the far post to knock in a cross from Andres Iniesta.

Messi put Barca further ahead a minute into the second half by heading in Alves' cross, and then Suarez also nodded in a centre from the full-back to grab the fourth.

Pique then headed in a Rakitic corner to score the fifth, moments after Neymar had missed an open goal.

In the 80th minute Messi grabbed his second and Barca's sixth by passing the ball in from a matter of yards after a marvellous piece of skill by substitute Pedro, and the Argentinian, now on 40 goals for the league season, selflessly let Neymar take the penalty to make it 7-0 after the Brazilian was felled in the box.