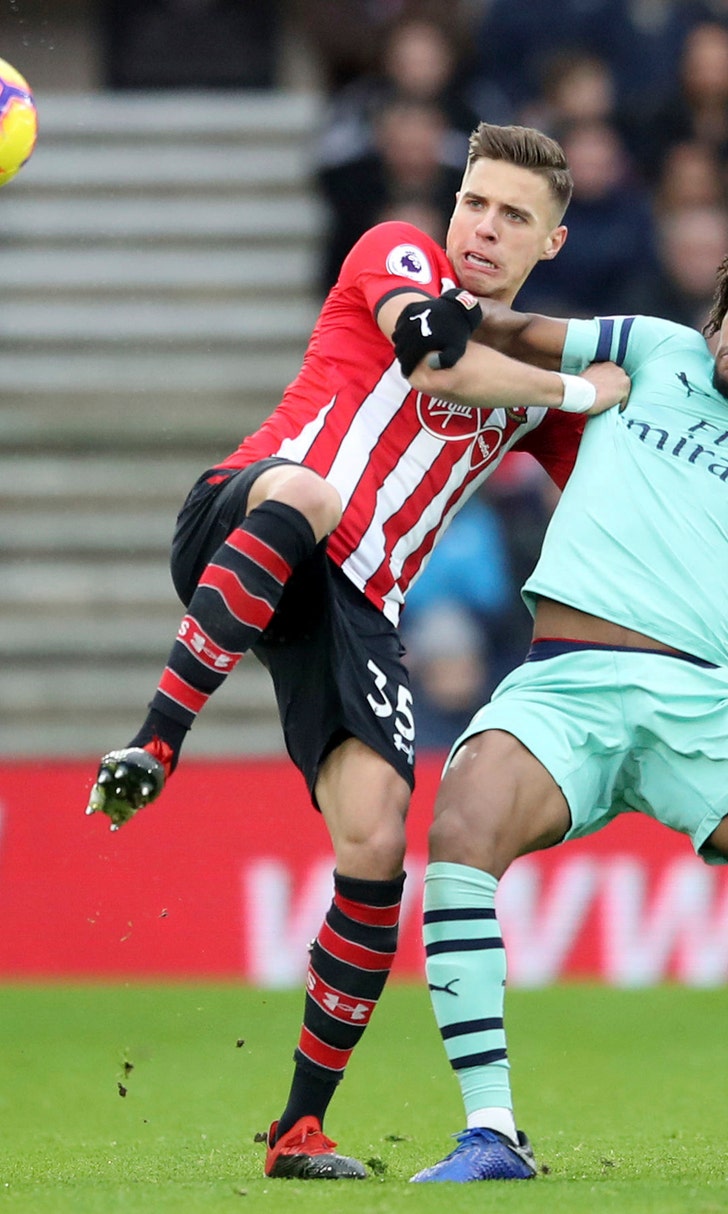 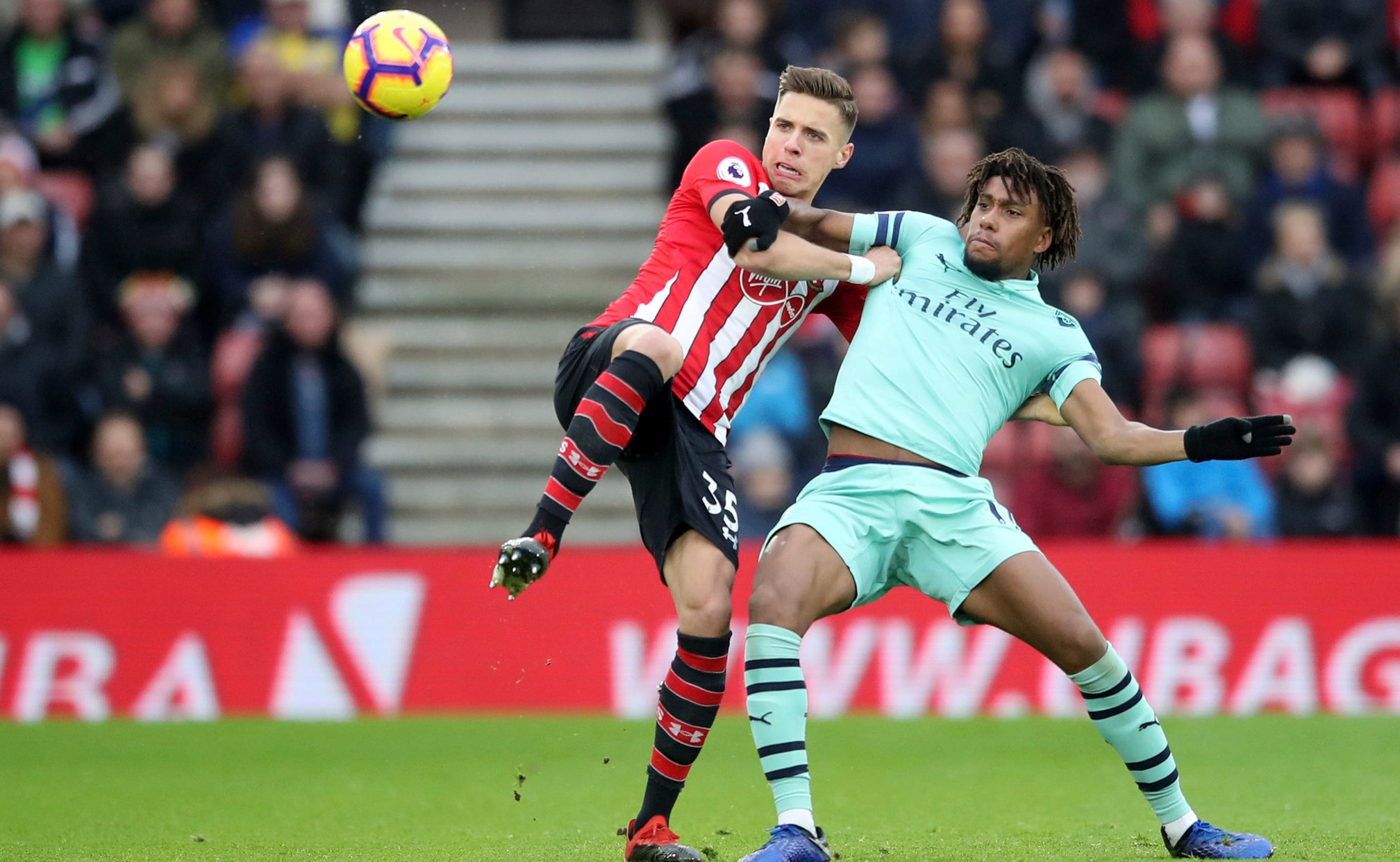 SOUTHAMPTON, England (AP) — Nicknamed "The Klopp of the Alps," new Southampton manager Ralph Hasenhuettl showed why he has been compared to Liverpool's eccentric manager by running onto the field and leaping into the air in delight after ending Arsenal's long unbeaten run on Sunday.

Charlie Austin's 85th-minute goal sealed a 3-2 win for Southampton in the Premier League and a first win in charge for Hasenhuettl, who took over from the fired Mark Hughes two weeks ago with the task of keeping the struggling south-coast team in the top flight.

The Austrian's reaction after the final whistle wasn't quite as wild as Juergen Klopp's after Liverpool grabbed a late winner against Everton this month at Anfield, but it was an indication of the passion he is bringing to the Southampton job.

"The gaffer's brought in new ideas," Austin said, "and it's not just changed things in the changing room but around the whole club.

"A new manager comes in. The lads get a rocket and start expressing themselves."

Arsenal twice came from behind through goals from Henrikh Mkhitaryan and looked like preserving a 22-game undefeated streak in all competitions and an unbeaten run in the league stretching back to Aug. 18 — a stretch of 14 games.

But Shane Long got free down the right and sent in a cross that went over Arsenal goalkeeper Bernd Leno and was headed in at the far post by Austin. It was a winning goal that lifted Southampton out of the relegation zone with 17 of 38 matches gone.

"As a club, we know the position we've put ourselves and with the squad we've got, it's not good enough," said Southampton striker Danny Ings, who scored the team's other goals.

"But if we keep showing resilience and hard work, we can turn it round. It shows we're moving in the right direction already."

Ings put Southampton ahead on two occasions with headers, taking advantage of poor positional play from Arsenal defender Laurent Koscielny, who was making his first league start since April after a serious knee injury.

The first was in the 20th minute from Matt Targett's left-wing cross, which Koscielny tried to clear with his feet instead of his head.

Mkhitaryan replied in the 28th with his own headed goal from Nacho Monreal's cross but Ings gave Southampton the lead again in the 44th by directing home a header from Nathan Redmond's cross. Hasenhuettl responded by running down the touchline in celebration, only to quickly hold himself back.

Arsenal's second equalizer was fortuitous, with Mkhitaryan's shot from outside the area taking a deflection off the heel of Southampton defender Jannik Vestergaard in the 53rd.

Arsenal's other losses were against Chelsea and Manchester City, on the opening two weekends of the season. The team wasn't helped Sunday by an injury crisis in defense that was exacerbated by the departure of right back Hector Bellerin just before halftime because of a knock.

The injury problems meant Koscielny was rushed back into action, even though he only made his first senior appearance in seven months in a Europa League match against Qarabag on Thursday.

"We weren't concentrated through the 90 minutes. There were spells where we didn't defend well as a group," Arsenal winger Alex Iwobi said.

"Southampton deserve credit. They had a game plan and they stuck to it, but it's disappointing by us. We're frustrated the unbeaten run is over."

Hasenhuettl, who lost his first game in charge at Cardiff last weekend, had tried to lift spirits at Southampton by sending drinks vouchers to all season-ticket holders ahead of the Arsenal game.