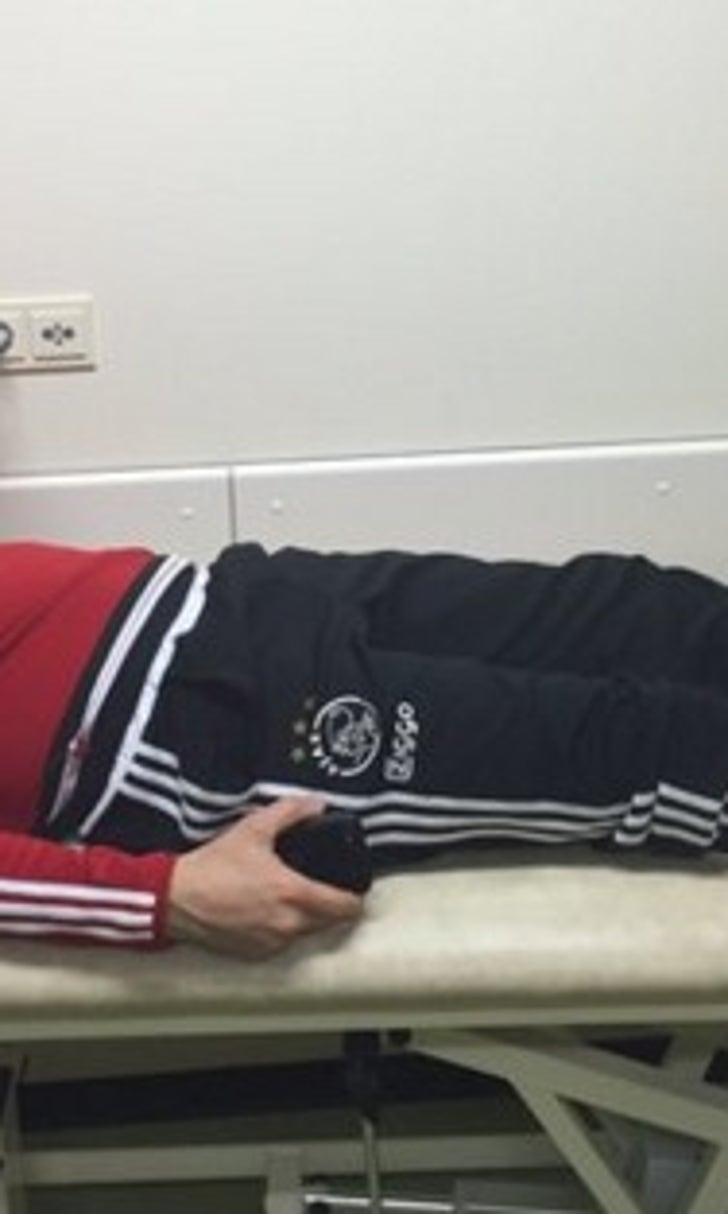 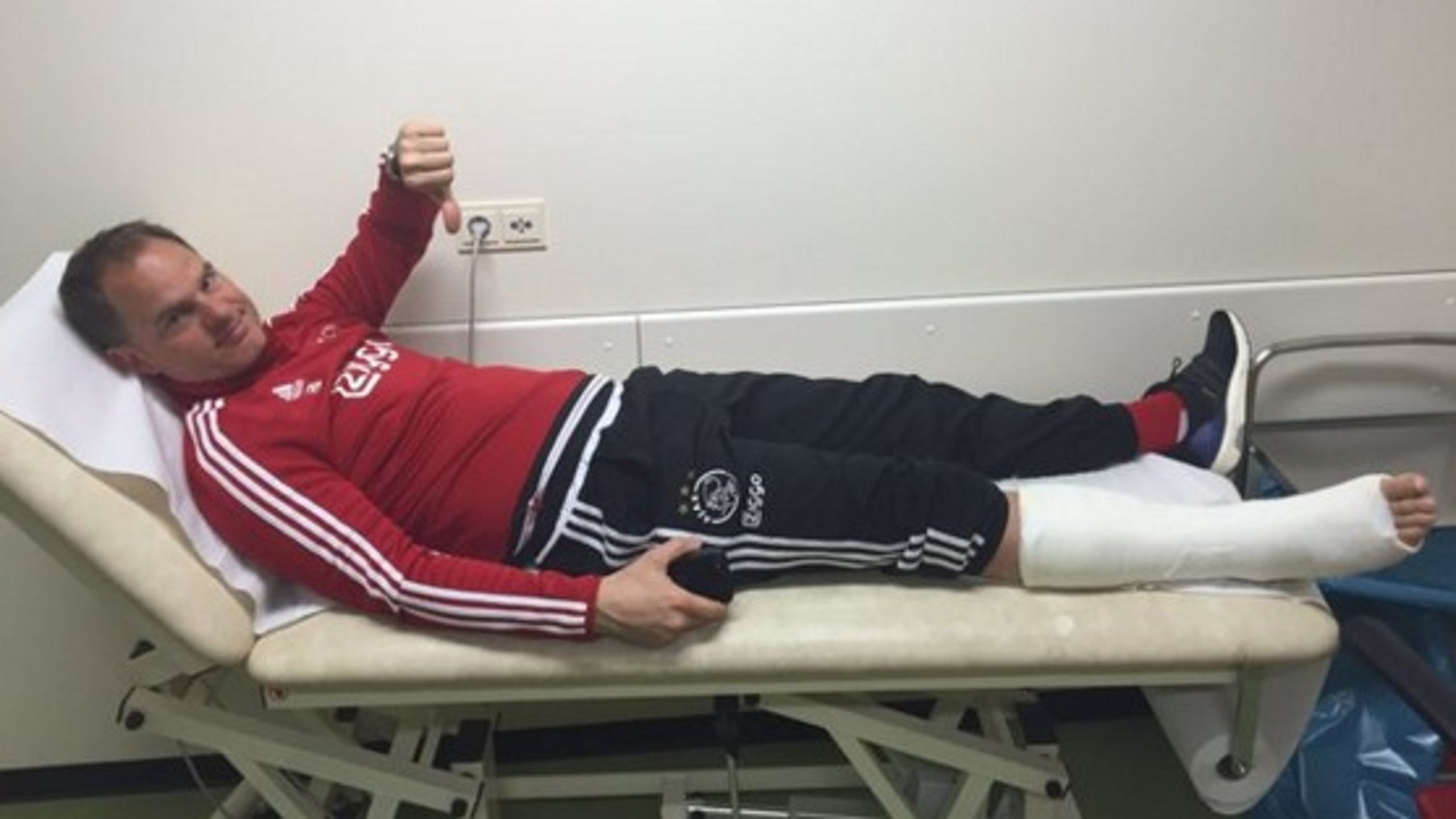 It's not uncommon for managers to try to get to know their players by participating in some games during training.

He and his players were having a jolly old time playing a game of soccer volleyball.

And then, after kicking the ball around de Boer collapsed on the ground. Only to be carried off by his players.

Turns out he tore his Achilles, needed surgery and will be in a cast for 6 weeks.

Oh, and if you're wondering what happened to that game of foot-volley, none other than club legend Dennis Bergkamp filled in for de Boer.

Ajax
share story
those were the latest stories
Want to see more?
View All Stories
Fox Sports™ and © 2021 Fox Media LLC and Fox Sports Interactive Media, LLC. All rights reserved. Use of this website (including any and all parts and components) constitutes your acceptance of these Terms of Use and Updated Privacy Policy. Advertising Choices. Do Not Sell my Personal Info