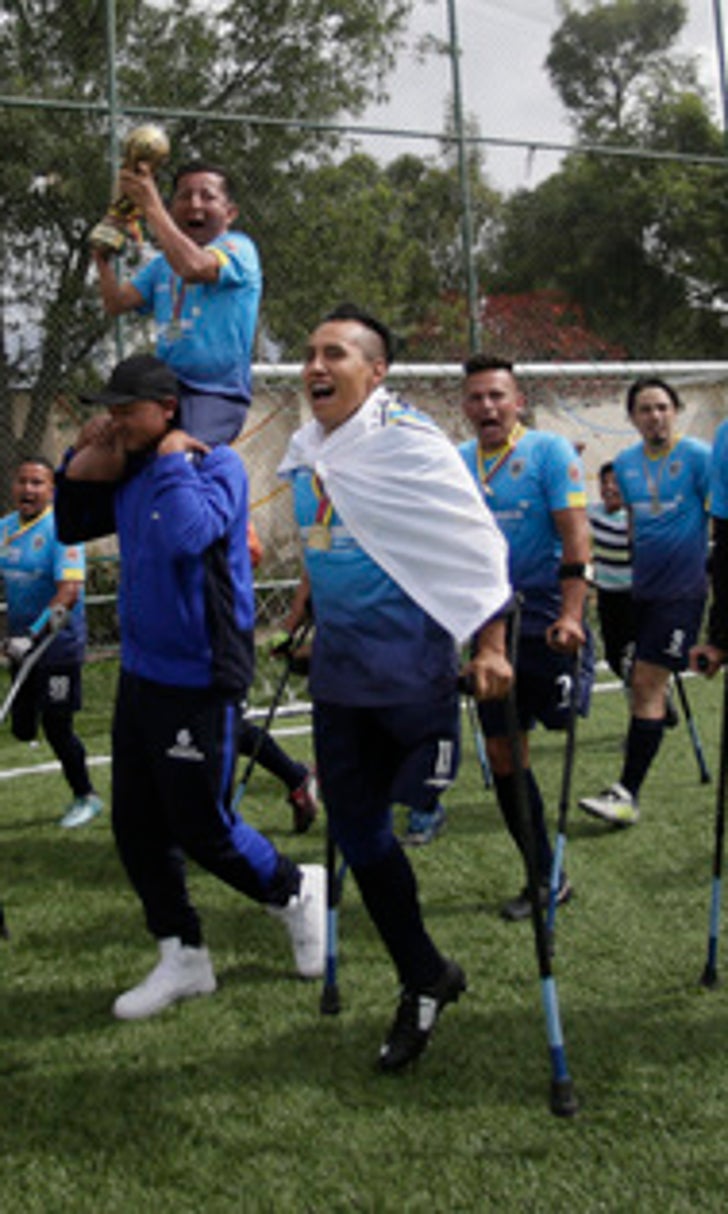 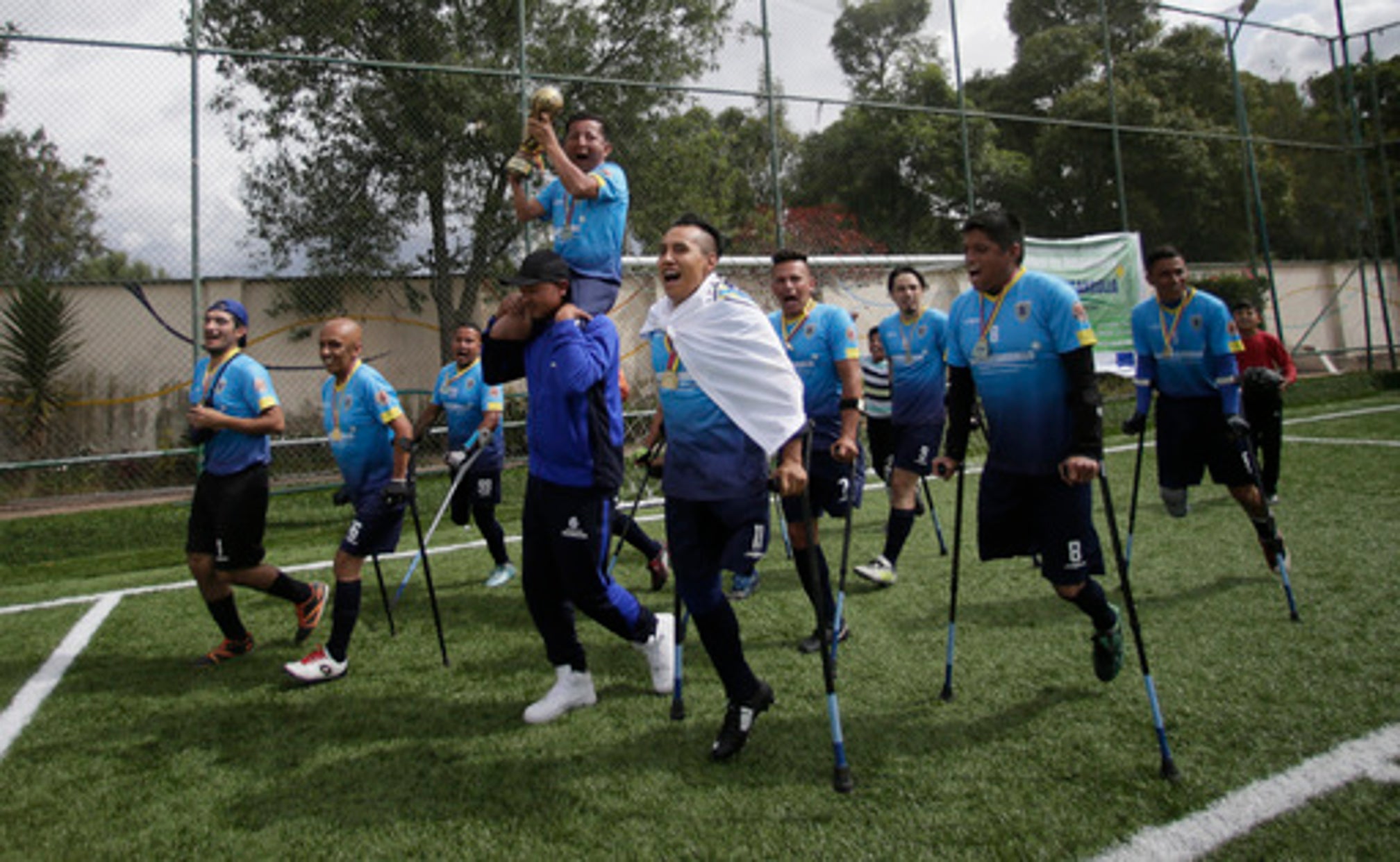 Ahead of World Cup, amputee soccer teams compete in Ecuador

QUITO, Ecuador (AP) The players race down the field chasing a soccer ball and trying to kick it into their opponents' goal. Unlike most soccer players the world over, many of these athletes compete while using crutches. Others are missing arms.

The action came in Ecuador's just-completed second soccer tournament for amputees, and even though the country's national team didn't qualify for the World Cup beginning this month in Russia, the enthusiasm of players and fans alike was contagious.

Six teams comprising a total of 72 players, including two women, competed in the tournament, which was won by a local Quito team, Android.

One of the competitors was Jhonatan Chico, a 30-year-old who lost his leg a decade ago in a traffic accident and plays for the Quinsaloma team.

He said he began playing soccer a year ago. A team fields just seven players at a time, so Chico has the dual role of forward and defender. ''When we're so few on the field, we all have to do a little bit of everything,'' he said with a laugh.

More seriously, Chico said, ''Although what's most important is to kick the ball, and kick it strongly, we play with our hearts, out of a love for sport and to overcome our own limitations.''

Soccer for amputees was started in the early 1980s by Don Bennett, an active sportsman from Seattle who lost a leg in a boating accident, the American Amputee Soccer Association says. The first international tournament was held in Bennett's hometown in 1984, and the game is now played in 40 countries.

The amputee game is just taking off in Ecuador, and it has gotten a big boost from the country's president, Lenin Moreno, a paraplegic who uses a wheelchair and was a major force for the rights of the disabled around the world while service as the United Nations' envoy on disability and accessibility in 2013-2016.

Some of the players who competed at the tournament in Quito are hoping to be selected for a national team that will compete in the 15th World Amputee Football Federation's World Cup being held later this year in Guadalajara, Mexico.

''I want to show the world I can be the Messi of the amputees,'' said a smiling Holger Velez, 28, the playmaker for El Empalme.

Edin Carrion, 23, came from a town in the Amazon to play goalkeeper for Guerreros. He lost part of his left arm four years ago after suffering an electric shock.

''It's hard to play with a single arm. I have to bandage up what remains to comply with the rules,'' he said. ''But when you're passionate about soccer you'll do whatever it takes.''