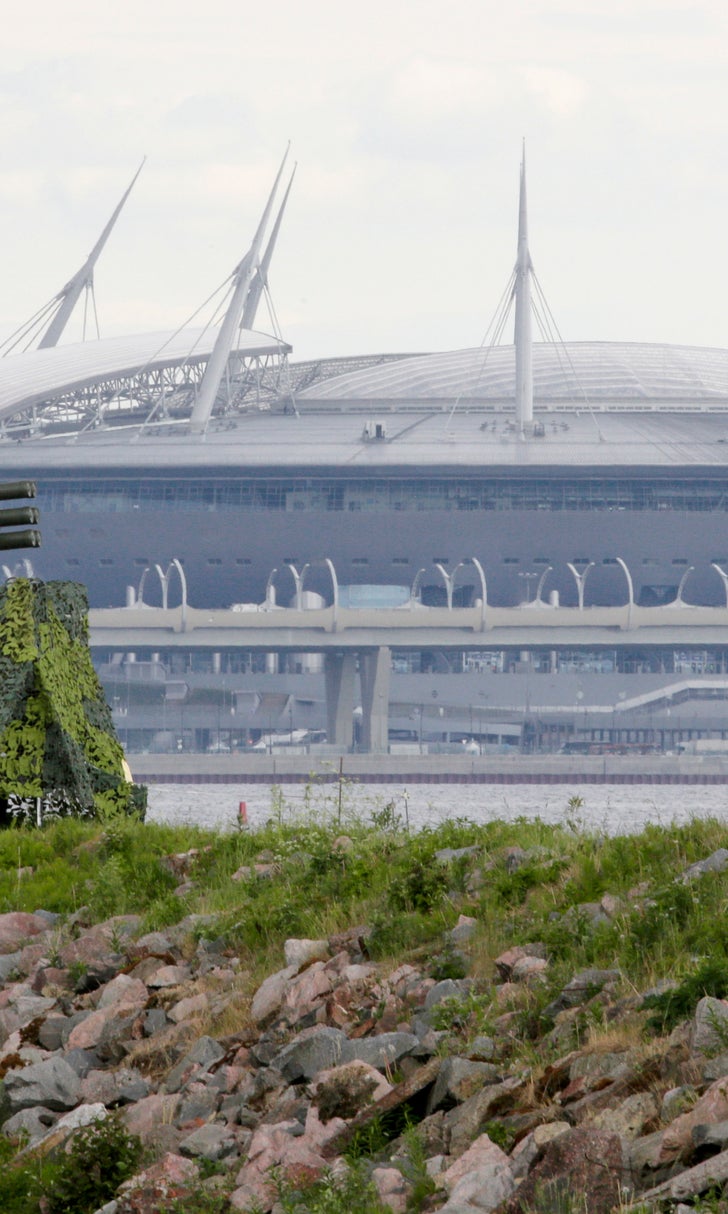 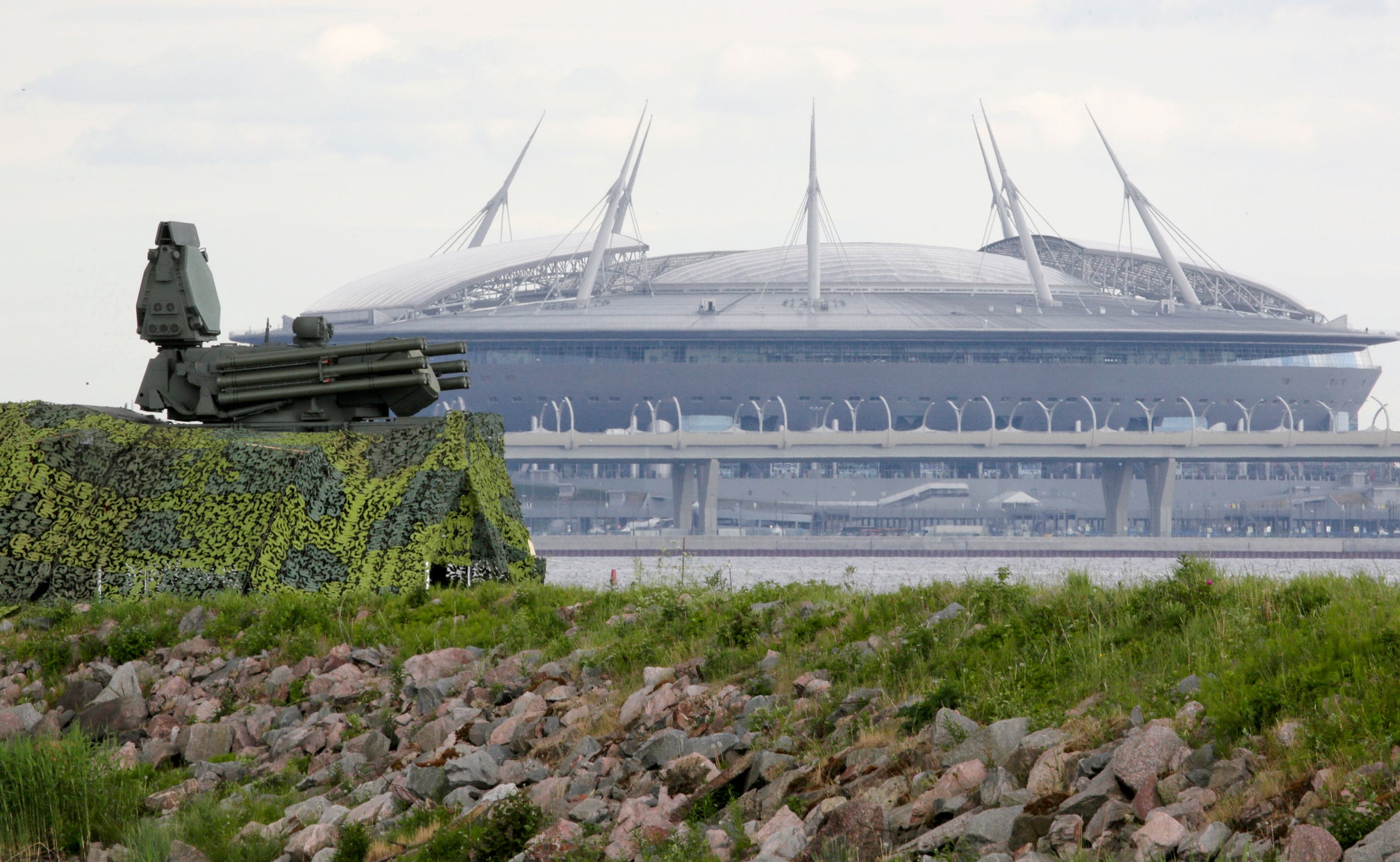 MOSCOW (AP) — A year after hosting the World Cup, Russia is boasting the biggest club soccer crowds since Soviet days and participation at the amateur level is on the rise. Still, there are signs of trouble for the sport.

Fans are concerned about efforts to bring tight World Cup security measures to domestic games, and the shiny new arenas attracting fans can be a financial burden for the state.

There's a big rise in the number of Russians playing amateur soccer or sending their children to academies. That includes a spike in interest in women's soccer, though the women's World Cup in France is all but invisible in Russian media.

New arenas and the afterglow of the World Cup helped raise average Russian Premier League attendances to 16,817 per game for the 2018-19 season. That's the most since 1989, when Russian clubs made up less than half of the old Soviet top league.

Rostov-on-Don in southern Russia is the poster child for Russia's soccer resurgence with over 31,000 people on average at its home games.

"People went to see games during the World Cup and they liked the atmosphere. They're trying to relive it with the Premier League games and this of course is part of the legacy," Alexander Zotov, the CEO of Russia's main players' union, told The Associated Press.

However, there's still a long way to go to match Europe's big soccer nations. Russia still ranks between the Scottish and Dutch leagues on average attendance, despite having a far larger population than either.

There are also signs that the novelty may be wearing off in smaller cities. Of the 11 World Cup stadiums used for league games, all but three posted average attendances below 50 percent of capacity this season.

The worst figures come from second-tier teams like FC Sochi, which attracted just 3,948 people per game to its 47,000-seat Fisht Olympic Stadium, and Baltika Kaliningrad with 5,912 in a 35,212-capacity arena.

Most stadiums are being supported with government money to cover their costs under a World Cup legacy program.

Russian security forces neutralized violent and racist elements in its soccer fan base at last year's World Cup, and they've largely stayed out of sight since.

That involved a battery of new security measures, from more cameras at stadiums, to more shadowy methods like "preventive chats" with security services that led some hardcore fans to believe they'd be arrested if they stayed in Russia during the tournament.

The most visible, however, was the Fan ID system — a government-issue ID card mandatory for any fan attending a game. A few thousand Russian fans with prior convictions, even if they weren't for football-related reasons, reported being barred.

Russia is now considering extending that to club games, which has prompted protests from fans. Similar systems in countries like Italy, which introduced an ID system for away fans in league games in 2009 to combat hooliganism, have been blamed for driving away spectators.

There's also disquiet at what some fans consider heavy-handed policing after a lighter approach during the World Cup.

Russian authorities made a show of hospitality at the World Cup, but it wasn't meant to last. That was the argument of the Pussy Riot protesters who stormed the field during the final, and they believe they've been vindicated.

A year on from the World Cup's impromptu street protests, police were back to typical heavy-handed ways when detaining hundreds of people at an unsanctioned protest in Moscow on Wednesday. The rally was against police abuses of authority — the same issue Pussy Riot highlighted last year.

Activist Pyotr Verzilov was one of the protesters on the field last year, and received a 15-day sentence widely considered lenient by Russian standards. In September, he fell suddenly and severely ill in what he says was a poisoning. Fellow protester Veronika Nikulshina says she is being followed during her work as an actress.

"In the theater where I play right now, all the time when I go to rehearsals, there is a police car. And when I leave the place, it leaves as well, so it's obvious that they follow me and us," she told the AP.

For the smaller cities hosting World Cup games, the tournament meant a flood of government money for new roads and airports.

Despite a few high-profile failures — an embankment collapsed onto the road outside the Volgograd stadium on the day of the final — locals have generally welcomed the extra spending.

"Everything that has been built ahead of the World Cup is widely used by the public. All the airports, railroad stations, roads, stadiums, all the sporting infrastructure is in great demand," Alexei Sorokin, a FIFA council member who oversaw Russia's World Cup preparations, told the AP last week. "We see at every stadium an increase of the public coming to the football games."

Authorities say there's been a big rise in the number of Russians playing soccer since the World Cup. Sports Minister Pavel Kolobkov said last week that 2.9 million Russians now play regularly, up 15 to 20 percent in the last two years.

While there aren't specific figures for women, anecdotal evidence suggests their numbers are rising fast.

"Not only boys but also a big number of girls are enrolling in football academies, and what the Football Union of Russia is doing now, they're really rethinking how the talent development works in Russia," players' union head Zotov said. "They will be pushing that schools open more and more girls' sections also."

Despite that, young female players find it tricky to watch the world's best.

Russia's array of state sports channels has all but ignored the women's World Cup, showing only the opening game and skipping the others, often in favor of men's soccer reruns.