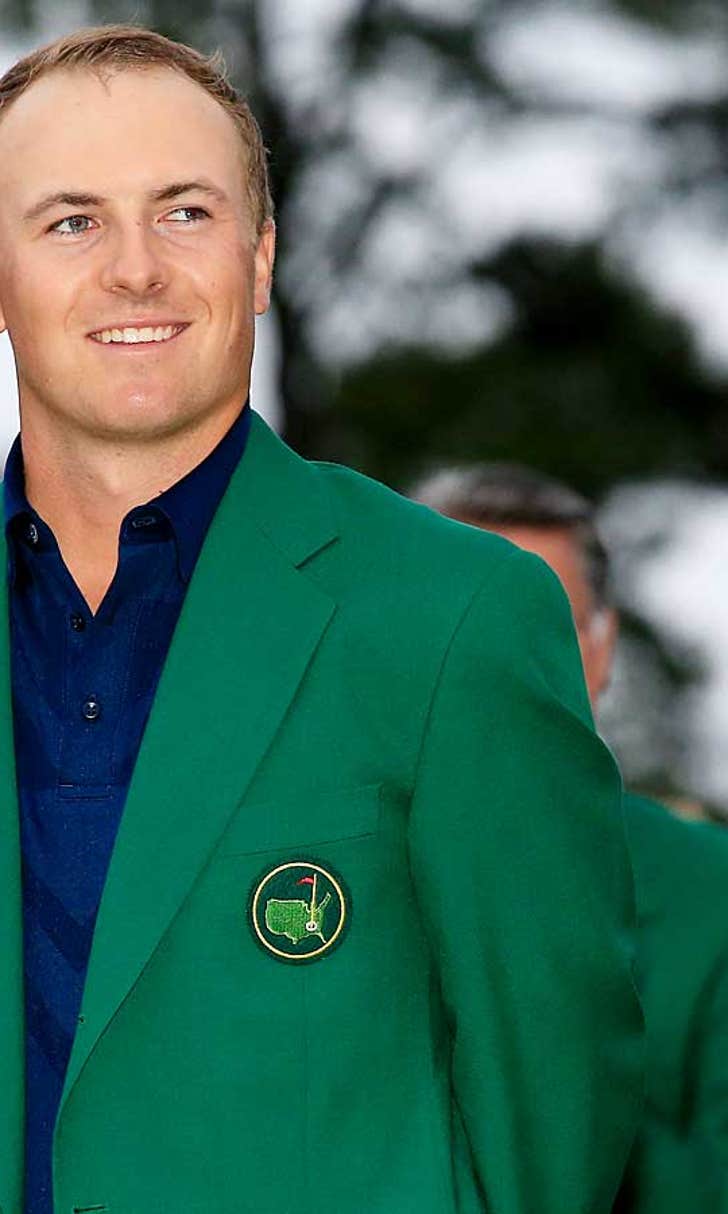 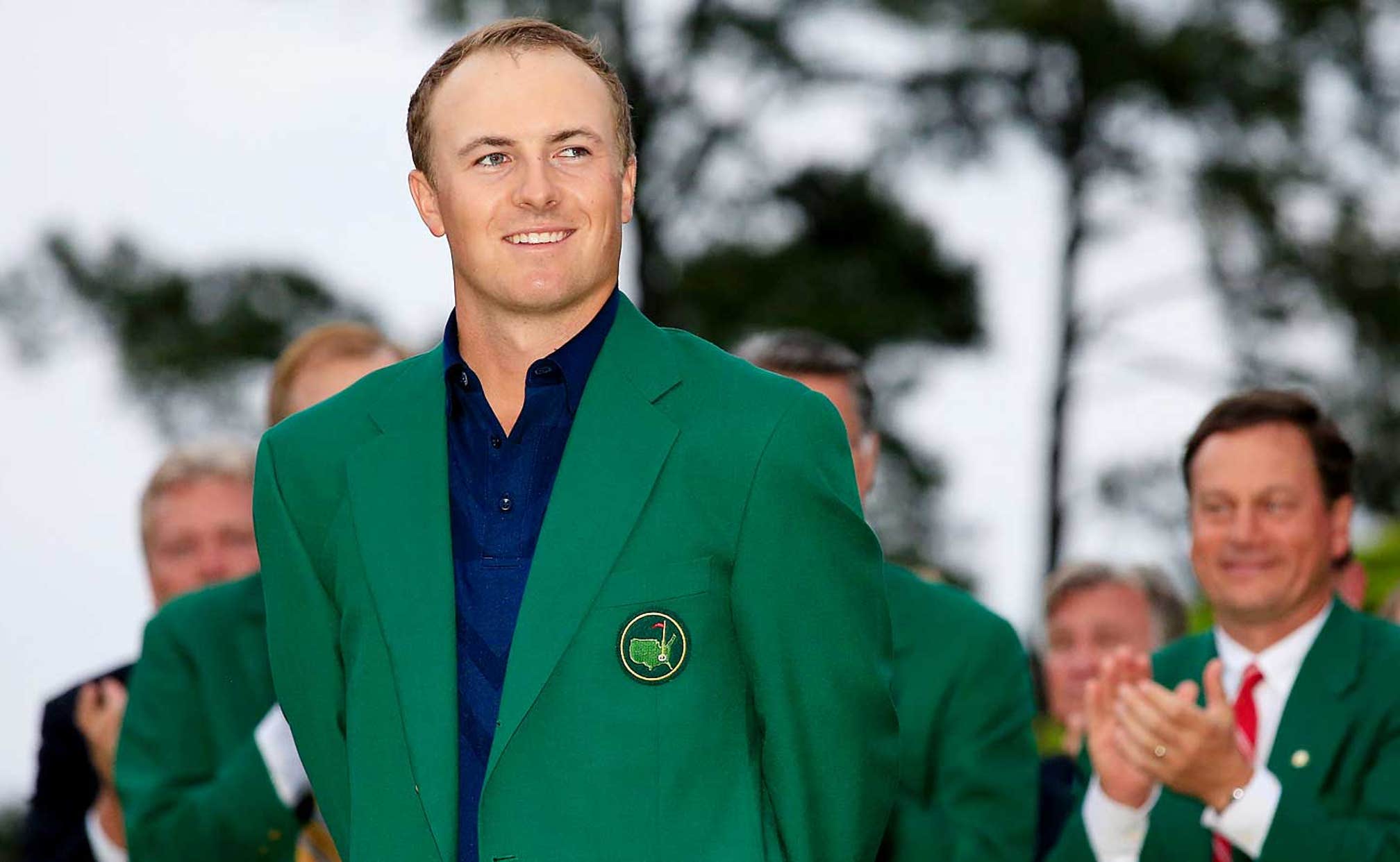 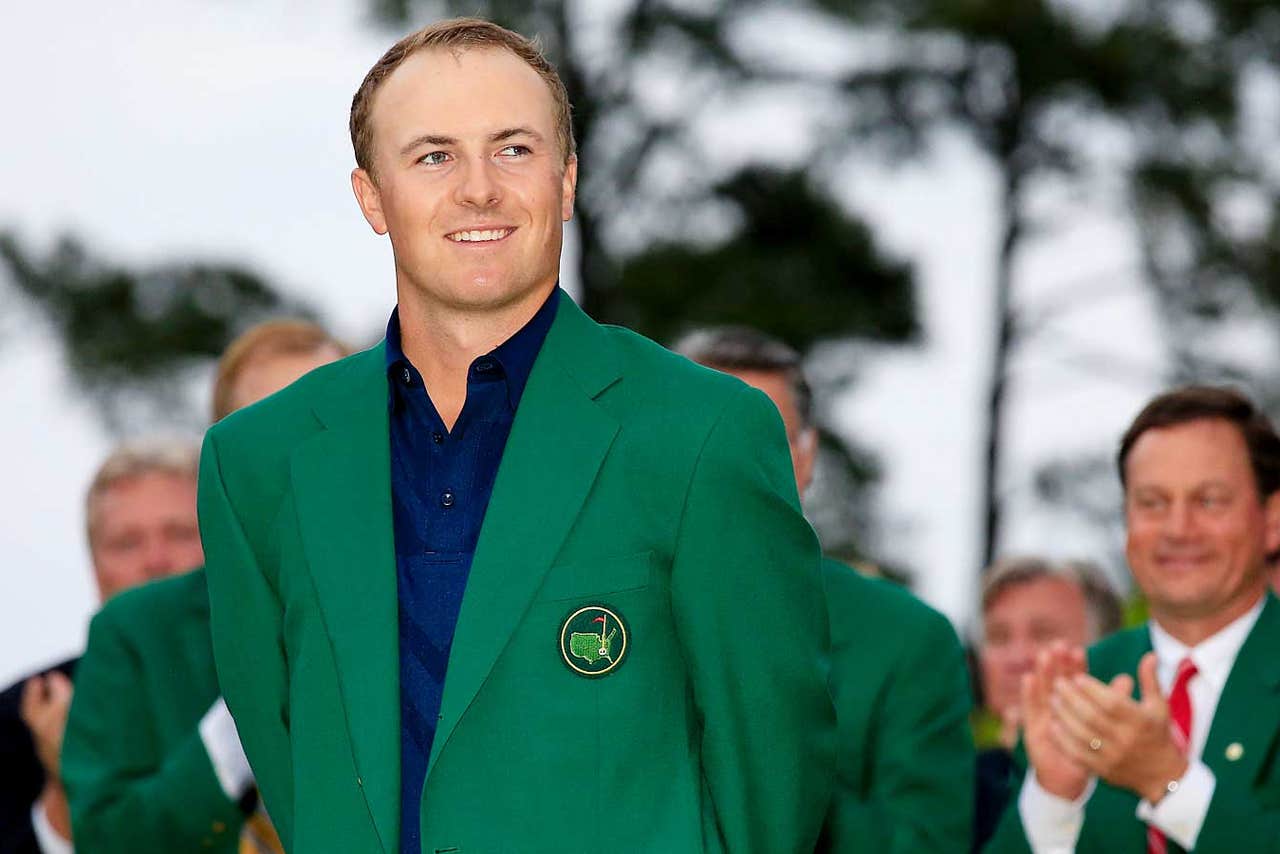 AUGUSTA, Ga. (AP) -- Jordan Spieth tapped in his final putt to cap off a record performance and bent over in relief. He just as easily could have been taking a bow.

This was a Masters for the ages.

Not since Tiger Woods in 1997 has a 21-year-old faced so little stress while making a mockery of par in a major. Not since Raymond Floyd in 1976 has anyone withstood the pressure of leading for all four rounds at Augusta National.

Only one other Masters champion -- Craig Wood in 1941 -- has never let anyone closer to him than three shots the entire way.

Spieth took his place among the best in the game Sunday when he closed with a 2-under 70 for a four-shot victory over Phil Mickelson and Justin Rose, becoming the second-youngest champion behind Woods to wear a green jacket.

"This was arguably the greatest day of my life," Spieth said. "To join Masters history and put my name on that trophy and to have this jacket forever, it's something that I can't fathom right now."

He left everyone else dazed, too.

Spieth missed a 5-foot par putt on the final hole that only kept him from breaking another record this week at the Masters. He tied the 72-hole scoring mark that Woods set at 18-under 270.

"Playing with Jordan, he's going to sort of fly the flag for golf for quite a while," Rose said. "People were getting excited about that out there. You could tell."

There were standing ovations all the way around to celebrate the latest star in golf, the next addition to a new generation just as Woods and Mickelson are approaching the back nines of their careers.

Rory McIlroy is still No. 1 in the world by a reasonable margin. Spieth is now No. 2. It's the first time players 25 or younger have been Nos. 1-2 in the world.

"He's got four majors. That's something I can still only dream about," Spieth said. "I don't know, as far as a rivalry right now."

For all the hype about the Grand Slam bid by McIlroy and the return of Woods, this week was about the arrival of another star.

"It's awfully impressive," McIlroy said after closing with a 66 to finish fourth. "It's nice to get your major tally up and running at an early stage in your career. It's great to see, great for the game, and I'm sure there will be many more."

Woods jarred his right wrist when he struck wood under the pine straw on the ninth hole. He didn't hit a fairway on the front nine and never was in the game, closing with a 73 to finish 13 shots behind.

Mickelson tried to make a run. So did Rose.

Lefty holed a bunker shot for eagle on the par-5 15th, but he couldn't make a birdie the rest of the way. Rose got to within three shots of Spieth on three occasions on the front nine, and Spieth kept his nerve. He picked up two shots on Rose on Nos. 8 and 9 -- the same spot where the Masters got away from Spieth last year.

"I thought today might be easier having played with the lead on Saturday. It wasn't," Spieth said. "It's the most incredible week of my life. This is as great as it gets in our sport. ... I'm still kind of shock a little bit."

And he will keep the editors of the Masters record book busy. Among the marks he established this week:

-- The most birdies for the tournament at 28.

-- The lowest opening round by a champion at 64.

Spieth was reminded of how far he has come, and how quickly, when he stood on the first tee with a four-shot lead and history in his hands. His caddie, Michael Greller, reminded him that the Texas golf team was playing a match in California. This would be Spieth's senior year.

"He said, `Face it: Aren't you glad you're here instead of there?'" Spieth said with a smile.

It was a light moment in an arena of high pressure. Rose promptly knocked in a 10-foot birdie putt, and Spieth followed him with a birdie. It was like that all week.

Spieth rolled in a 20-foot birdie putt on No. 10 for a six-shot lead. It was his 26th birdie of the Masters, breaking the tournament record that Mickelson set in 2001. The next target was the 72-hole scoring record that Woods set in 1997, and he almost got there except for that bogey at the end.

He twice went for the green on par 5s on the back nine, barely clearing the creek at No. 13 and going just over the back on No. 15, both times making birdie. The birdie on the 15th made him the only player in Masters history to reach 19-under par at any point.

None of that mattered. Spieth had the green jacket.

"This was the ultimate goal in my golf life," he said.