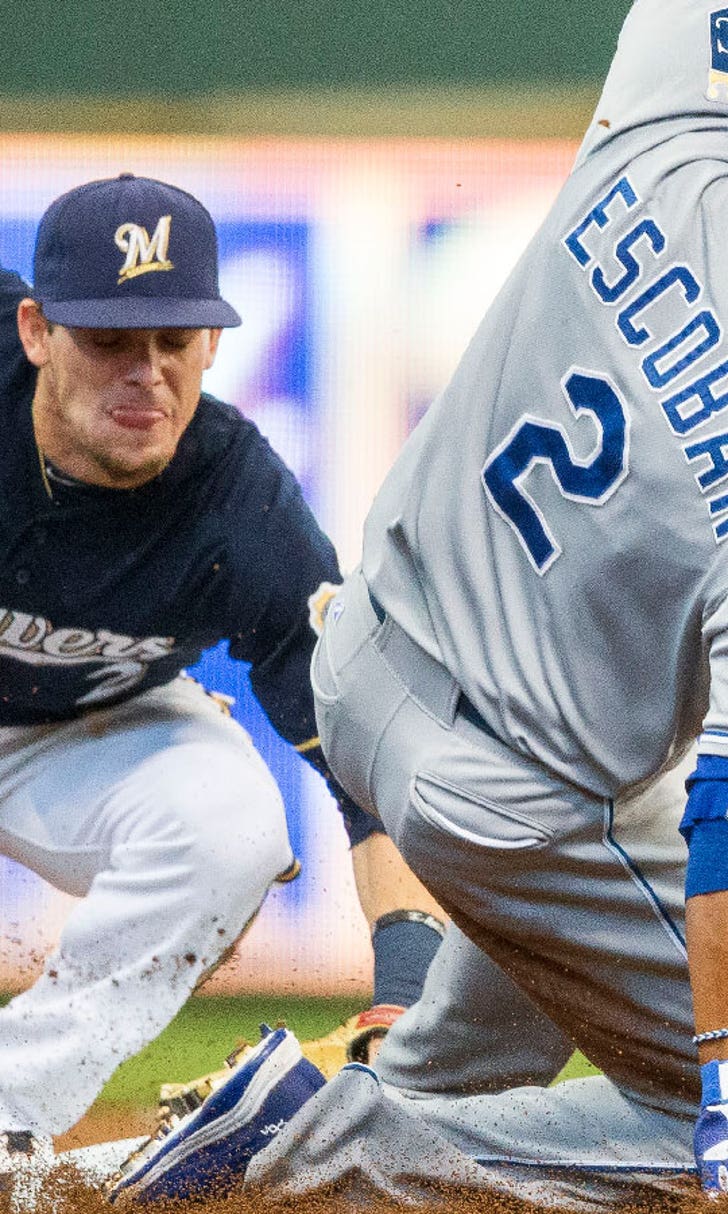 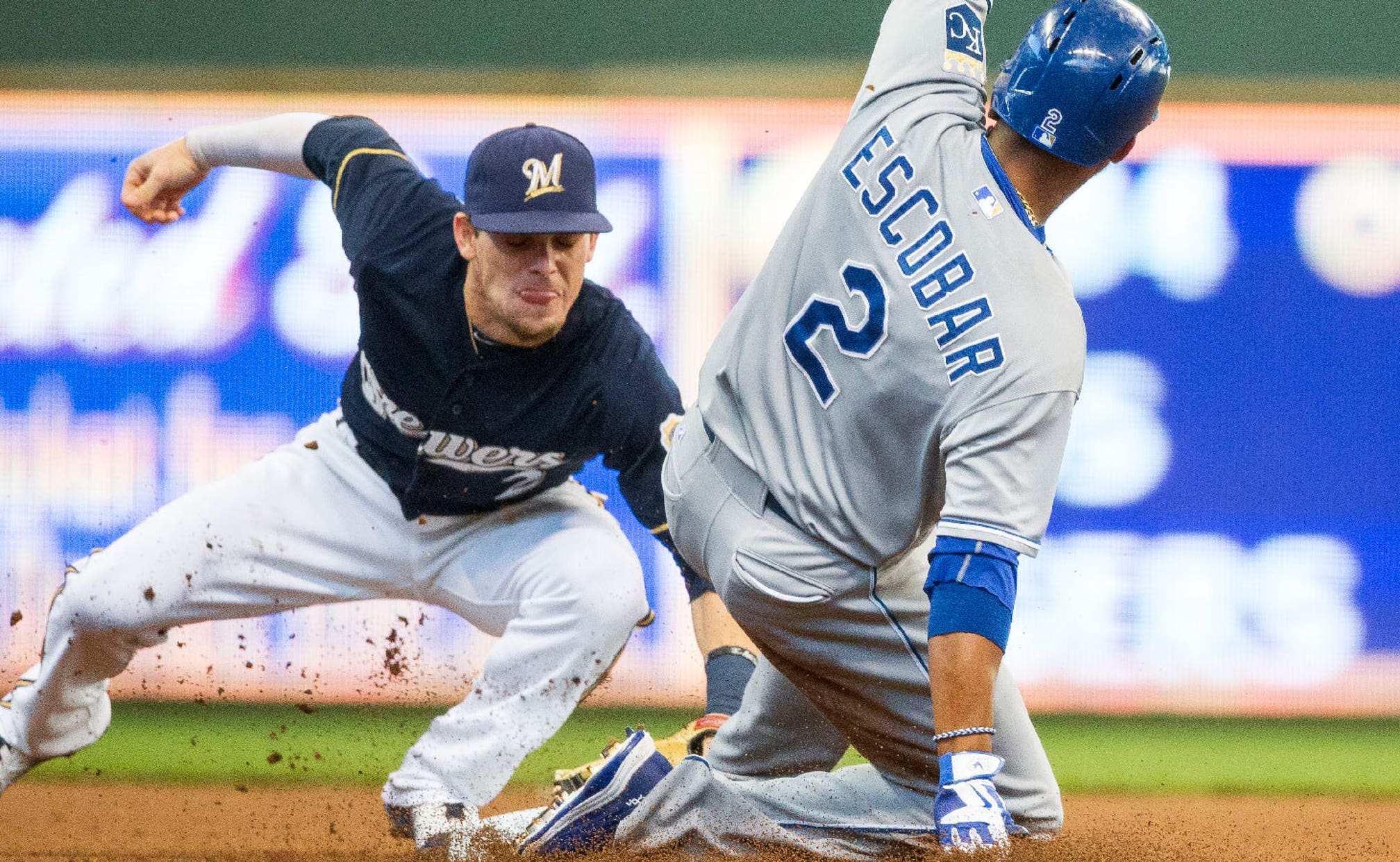 Young does it all, leads Royals past Brewers 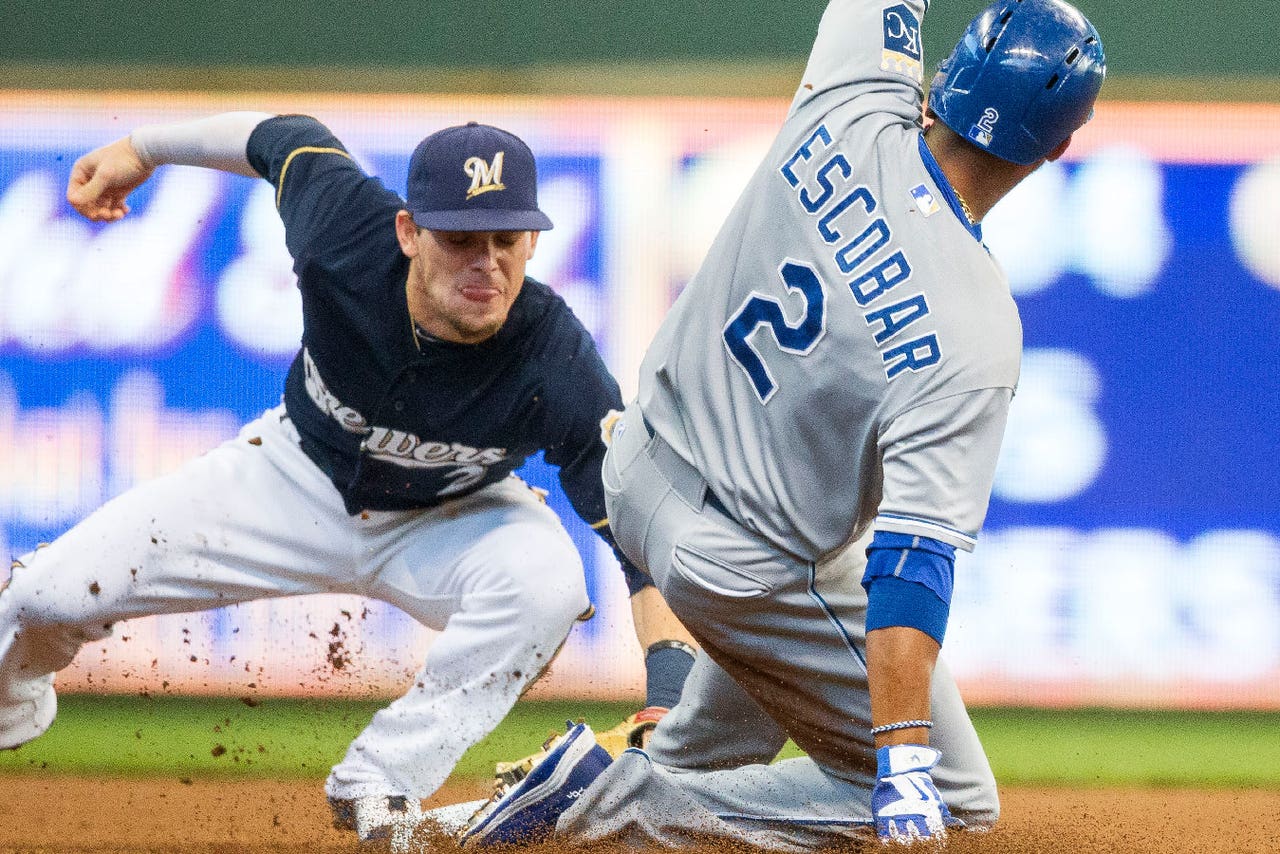 MILWAUKEE -- Chris Young jokingly questioned the strategy of Ned Yost replacing him with a pinch hitter. Who could blame the pitcher?

Young became the first Royals pitcher to drive in three runs in a game since 1972 and worked seven innings of five-hit ball Tuesday night, leading Kansas City to a 7-2 victory over the Milwaukee Brewers.

The only other time Young had a multi-RBI game was when he drove in two runs on May 24, 2009, and he hadn't had a hit since Sept. 23, 2012. But Yost replaced Young with pinch-hitter Jarrod Dyson in the eighth inning.

Dyson delivered a run-scoring triple to give his team a 7-0 lead.

"Dyson came in and made Ned look good," Young said. "I had no power in my bat."

Young had a two-run single in the fourth inning and an RBI single in the fifth for the Royals, who have won six of eight after a 2-9 skid. He is the sixth Kansas City pitcher with at least three RBI and the first since Steve Busby.

Young (6-2) struck out three without any walks to improve to 12-2 in interleague starts in his career.

Lorenzo Cain and Mike Moustakas each homered for Kansas City.

Milwaukee is 11-24 at Miller Park after losing its fourth game in a row.

"They hit the ball all over the place," Garza said. "It's frustrating, but what are you going to do?"

Cain hit a two-run shot to left field in the first for his second long ball in two nights.

Young, who entered with 14 RBI in his career, put Kansas City up 4-0 with his two-run hit.

"I spent a few years in the National League and I feel I can handle the bat OK," Young said. "But any base hit is a bonus."

Moustakas homered for the first time since May 27, a solo shot in the seventh.

Kansas City hosts Milwaukee on Wednesday and Yost needs one more victory to tie Whitey Herzog for most wins in franchise history. Herzog collected 410 victories from 1975-79.

With runners at first and third and two outs in the third inning, Cain saved at least one run when he robbed Jonathan Lucroy of a hit with a leaping catch into the center field wall. Cain's back hit the wall hard and he could be seen grimacing as he jogged to the dugout.

Elsewhere, Milwaukee radio broadcaster Bob Uecker missed the game after sustaining a mild concussion Monday when he was hit by a ball during batting practice. The 81-year-old spent the night in a hospital for precautionary reasons after calling most of the game Monday.

Finally, also of note, the Brewers claimed third baseman Matt Dominguez off waivers from Houston and he was optioned to Triple-A Colorado Springs.