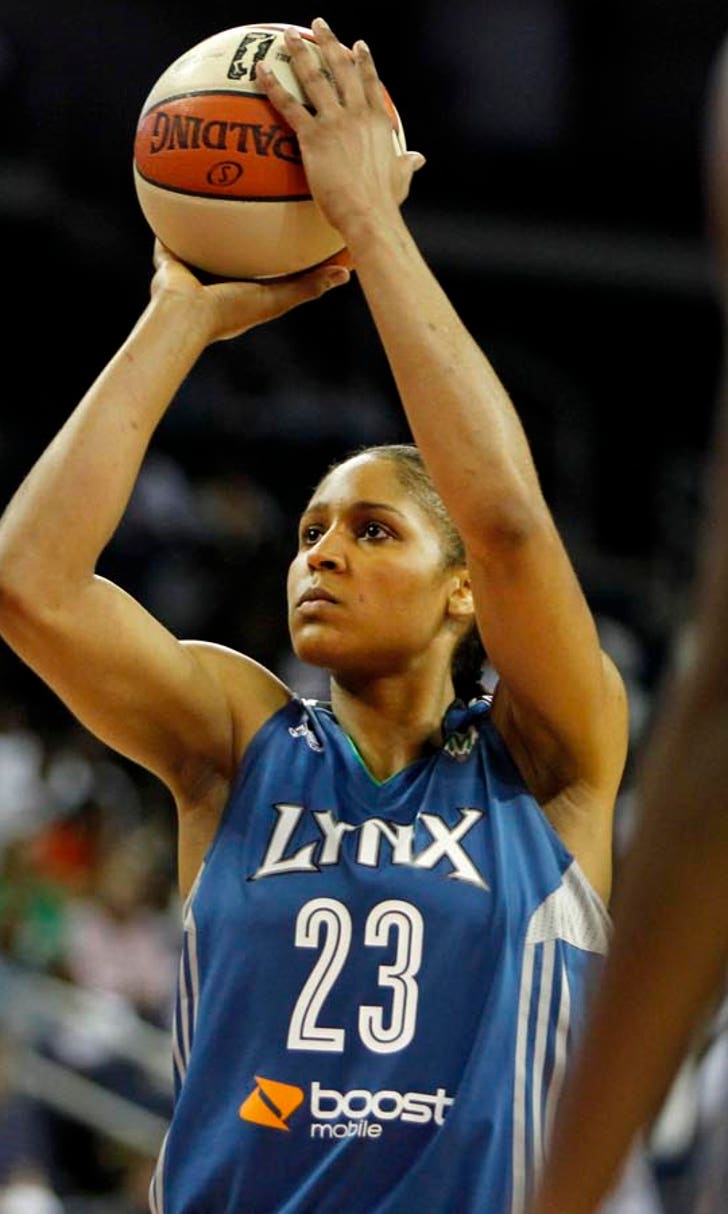 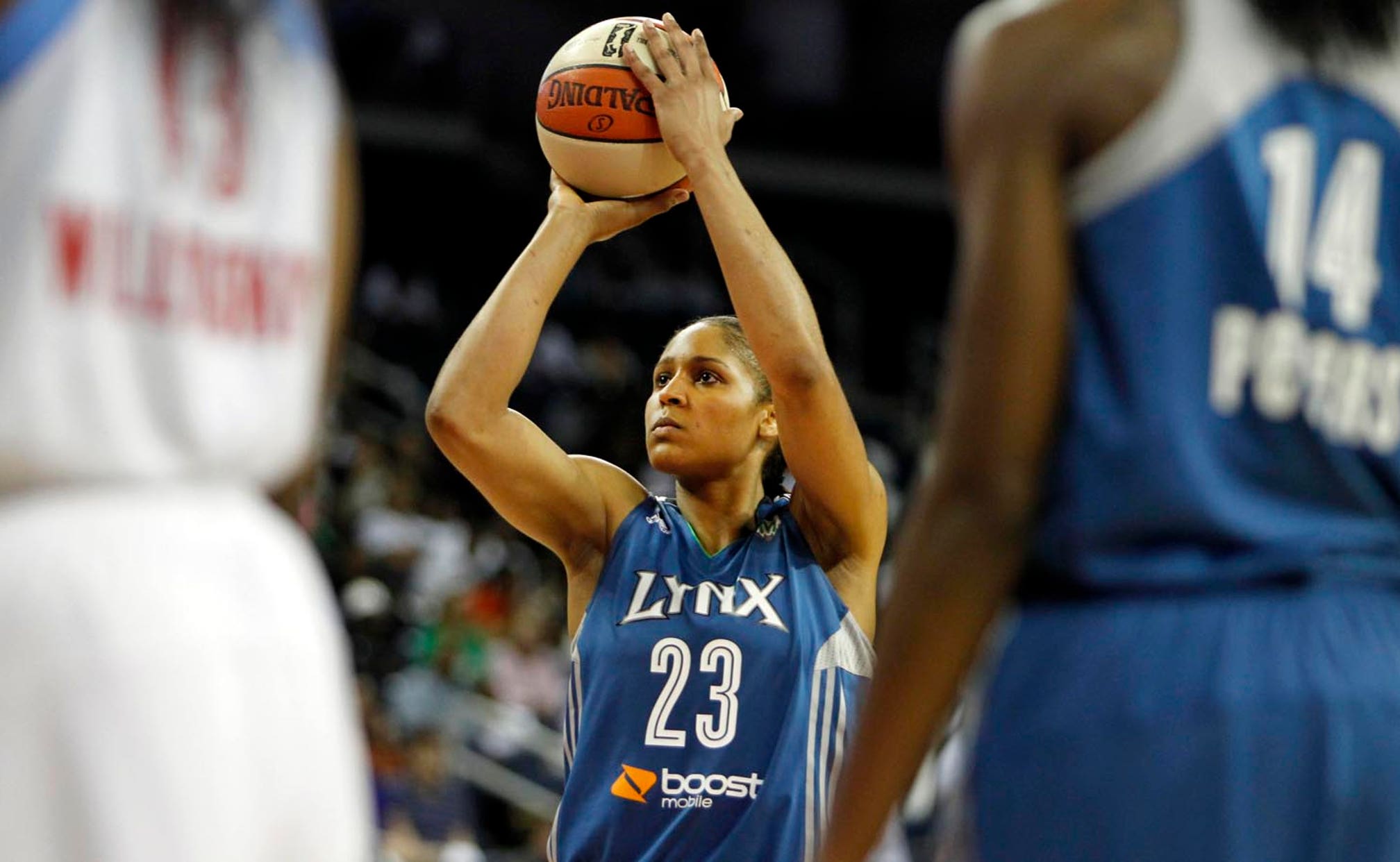 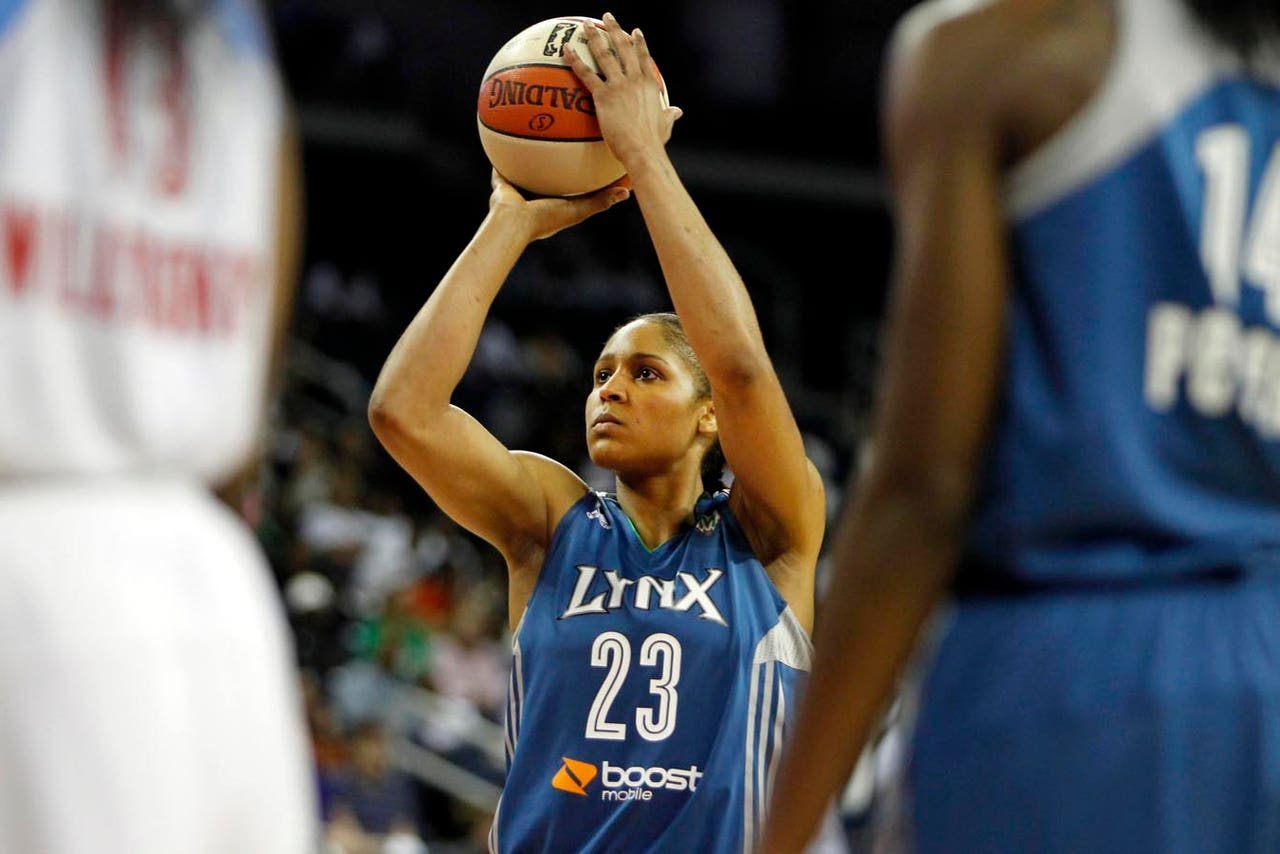 OUTLOOK: Minnesota basically didn't make any key roster moves and has had three trips to the finals in the past three seasons -- winning two championships. Despite injuries to Brunson, Monica Wright and Devereaux Peters, it wouldn't be surprising to see the Lynx in the finals again. Moore has put up MVP numbers over the past few seasons despite not winning the award.

OUTLOOK: The biggest news coming out of Los Angeles this offseason was a change in ownership. With a group led by Magic Johnson now in charge, the Sparks are looking for a bright future and hope to win their first championship since 2002. The Sparks have the reigning MVP in Parker, who is one of the league's most unique talents. They were a basket away from getting past Phoenix last season in the conference semis.

OUTLOOK: Led by Taurasi, this is one of the most talented starting lineups in the league, when everyone is healthy. Griner and Taylor missed time last year because of injuries. The 6-foot-8 Griner is primed to make a big jump in her second season. The Mercury added depth with Phillips and Bass and will try and find a way to advance out of the Western Conference.

OUTLOOK: Seattle surprised many people by making the playoffs last season despite Bird and Lauren Jackson missing the season. Bird's back, but Jackson's still out for the year because of an injury and training for the world championship. Agler gets the most out of his talent, and making it back to the playoffs again wouldn't be a surprise.

OUTLOOK: The Stars season was derailed early on when both Hammon and Young-Malcolm were lost to injuries for the year. With both players back, as well as the addition of McBride, the Stars are poised to make a run to the playoffs. San Antonio also made news in the offseason changing its nickname to just Stars.

OUTLOOK: Tulsa may have one of the most talented young backcourts in the league with Diggins and Sims. Diggins has dominated the preseason and is poised for a breakout second year. With the improved backcourt and Williams's scoring ability -- she had a league-record 51-point game last season -- and the Shock will be able to put points on the board. The one area which Tulsa is lacking is up front, and with Liz Cambage out for the season training with Australia for the world championship, the Shock will need everyone to contribute on the boards.

OUTLOOK: Chicago is coming off the most successful season in franchise history with a regular season conference title and a first trip to the playoffs. Delle Donne has added 12 lbs of muscle and looks primed to build on last season's impressive rookie campaign. The only thing that stands in the way of a run at the Eastern Conference title is the health of Fowles, who is out for the early part of the season with a torn labrum. The Sky signed Breland and Goodlett in the offseason to help some of the loss of Fowles.

OUTLOOK: Atlanta has made the WNBA Finals three times in their six years as a franchise, yet still hasn't won a game in the championship round. McCoughtry is one of the top offensive players in the game, and the addition of Cash and Schimmel should help the offense. The other key for the Dream this season is how quickly they will be able to adapt to new coach Cooper.

OUTLOOK: Thibault has almost completely overhauled the roster from when he took over, and nearly half of the team is made up of rookies and sophomores, including the UConn duo of Dolson and Hartley. The Mystics surprised many by making the playoffs last season and almost upended the Dream in the opening round. Now with some playoff experience under their belt, this young squad could be dangerous.

OUTLOOK: Indiana won its first WNBA championship two seasons ago, and the Fever are poised to try and win another led by Catchings. Coach Dunn announced that she will retire after this season, and the team would love nothing more than to send her out on top. Catchings has a solid group around her led by Zellous, January, Larkins and Coleman.

OUTLOOK: New York made a blockbuster trade right before the draft, acquiring former MVP Charles and giving the Liberty another marquee player to go alongside Pondexter. The Liberty also will see the return of Carson, who was sidelined for most of last season after tearing the ACL in her left knee. Another huge boost for the Liberty will be a return to Madison Square Garden after the franchise spent the last three seasons in New Jersey as the arena was undergoing a $1 billion renovation.

OUTLOOK: After a sixth-place finish last season, the Sun completely remade their roster, starting with the trades of Lawson and Charles. Donovan has a young team now led by Ogwumike and Thomas, and she hopes the two college All-Americans can develop quickly at the pro level. The addition of Douglas should help ease the transition if she is totally recovered from last season's back injury.