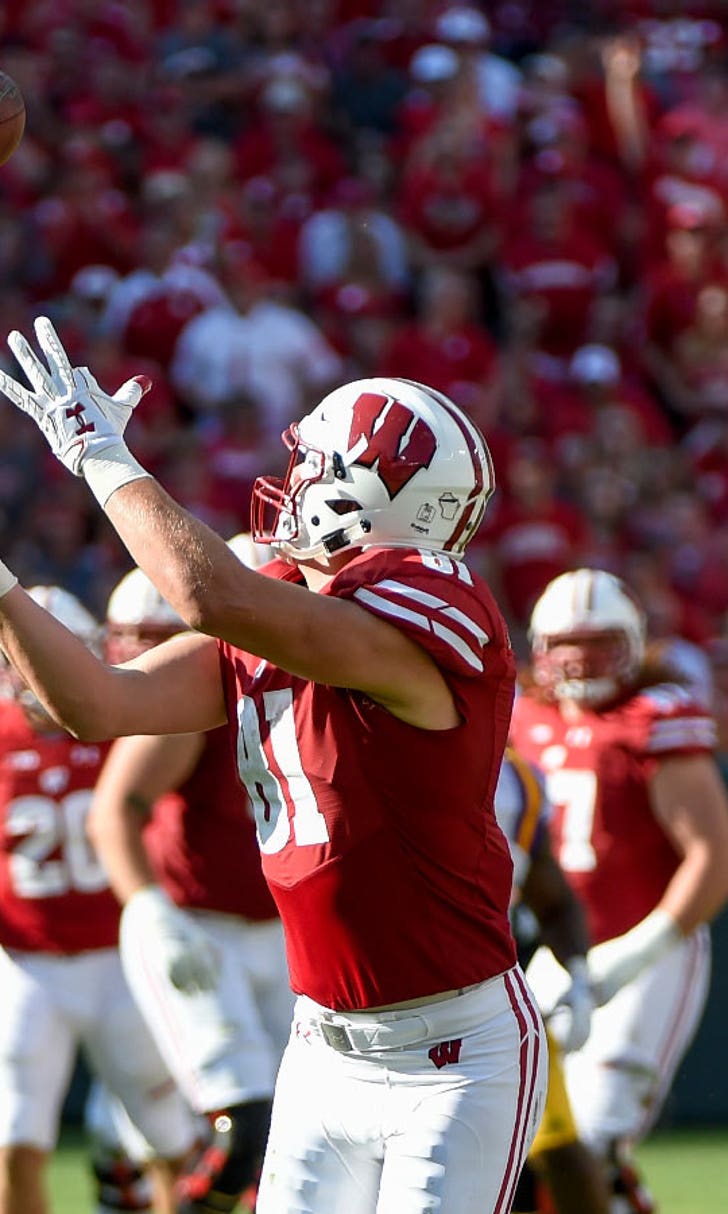 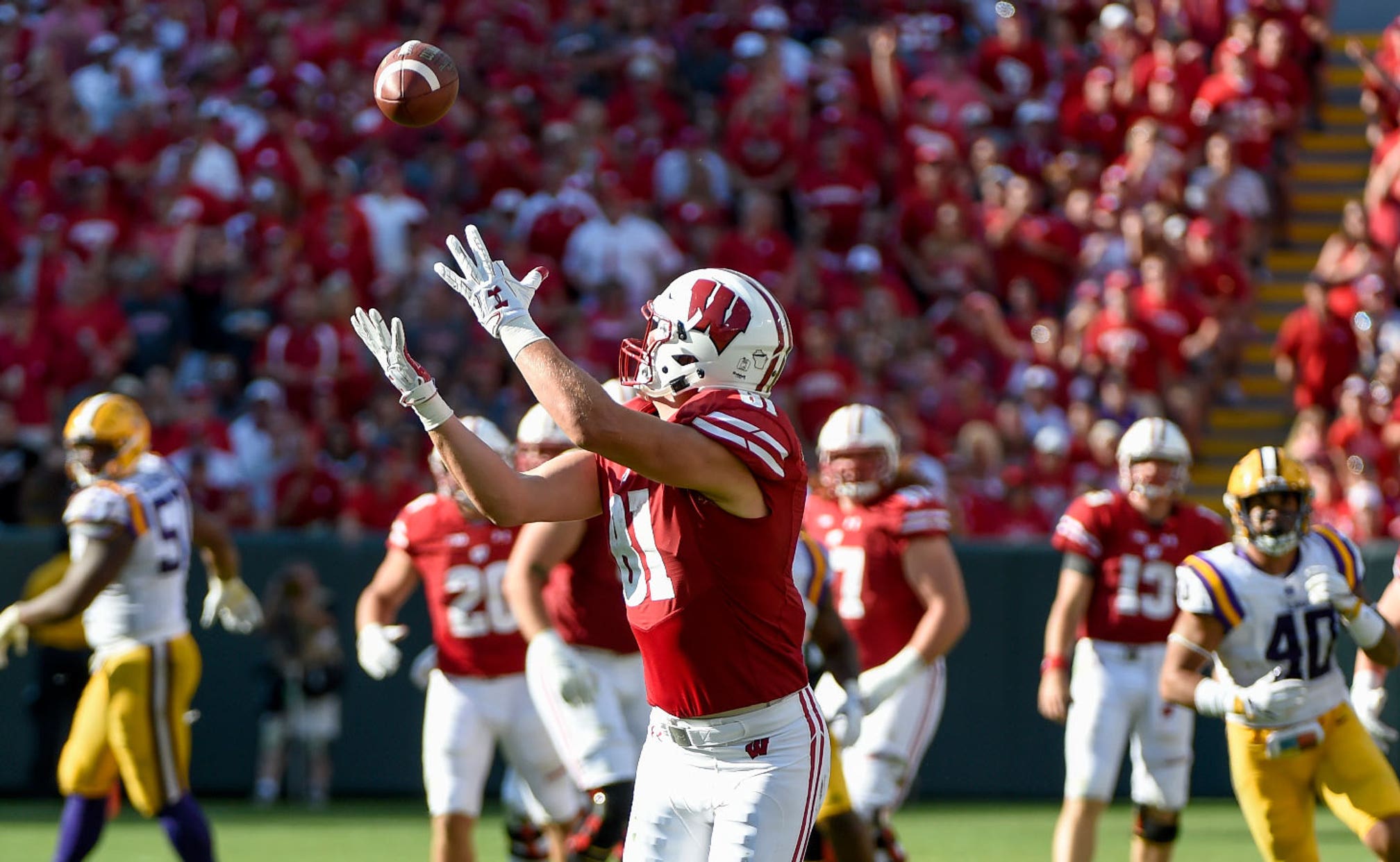 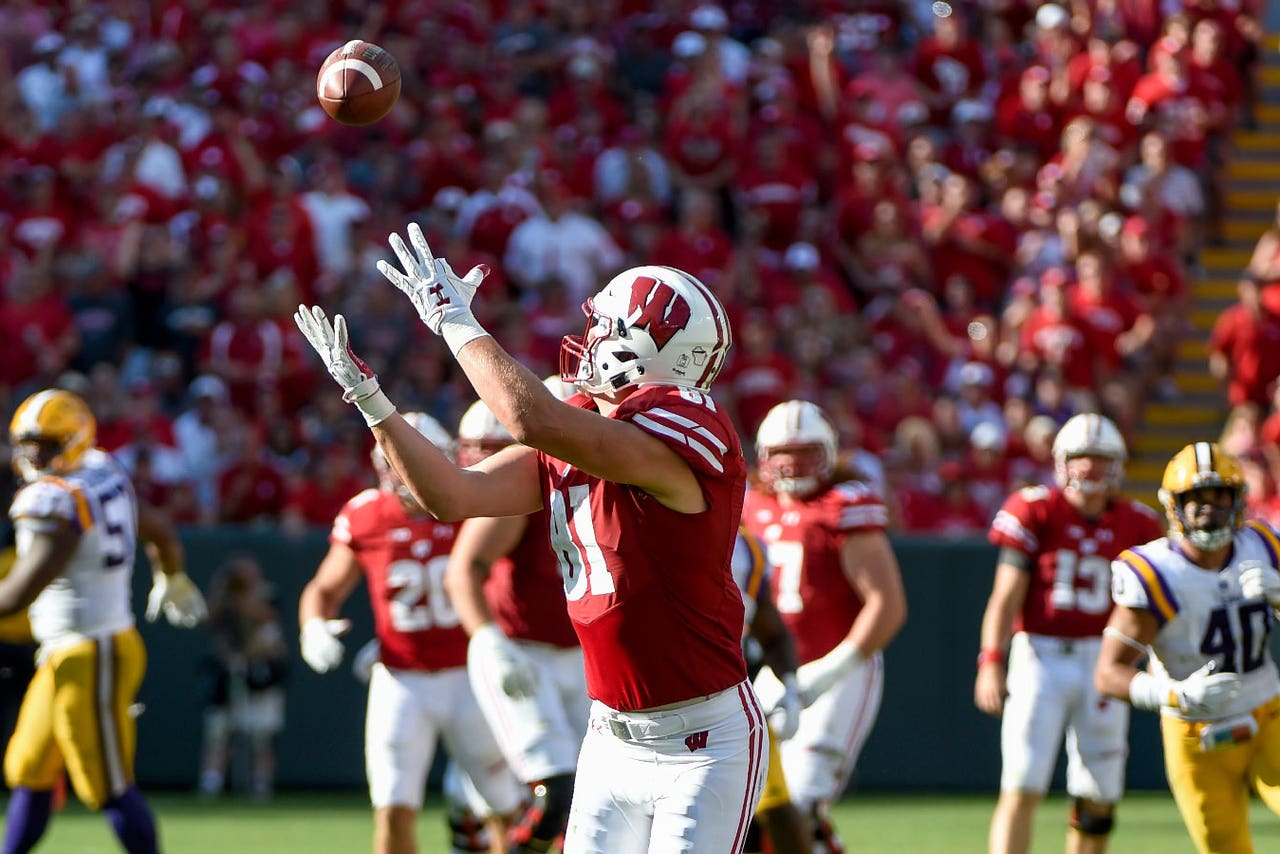 No. 10 Wisconsin made a big jump into the Top 25 after beating LSU. The Tigers and Fighting Irish were among seven ranked teams that lost during the first weekend of the season.

Wisconsin, which beat LSU 16-14 at Lambeau Field, matched a record for the best season debut in the Top 25 with its No. 10 ranking. Arizona also went from unranked to No. 10 in 2014 after the Wildcats won at Oregon.

Texas is ranked for the first time under coach Charlie Strong, coming in at No. 11 in the latest Associated Press college football rankings after a rousing opening victory against Notre Dame.

The last time the Longhorns were ranked was November 2013, Mack Brown's last as coach.

Alabama is still No. 1. The Crimson Tide picked up 21 first-place votes to total 54 after its 52-6 victory against Southern California. Clemson remained No. 2. Florida State moved up to No. 3. Ohio State is No. 4 and Michigan is No. 5. Houston is No. 6.

-- USC, UCLA and North Carolina dropped out after loses.

-- No. 6 Houston and No. 9 Georgia had the biggest jumps for preseason ranked teams. Each moved up nine spots after victories over ranked teams.

-- No. 17 Tennessee, No. 18 Notre Dame and No. 19 Mississippi all fell eight spots. The Volunteers dropped after an overtime victory against Appalachian State.

None. This will definitely not be regarded as the greatest second weekend of the college football season ever.