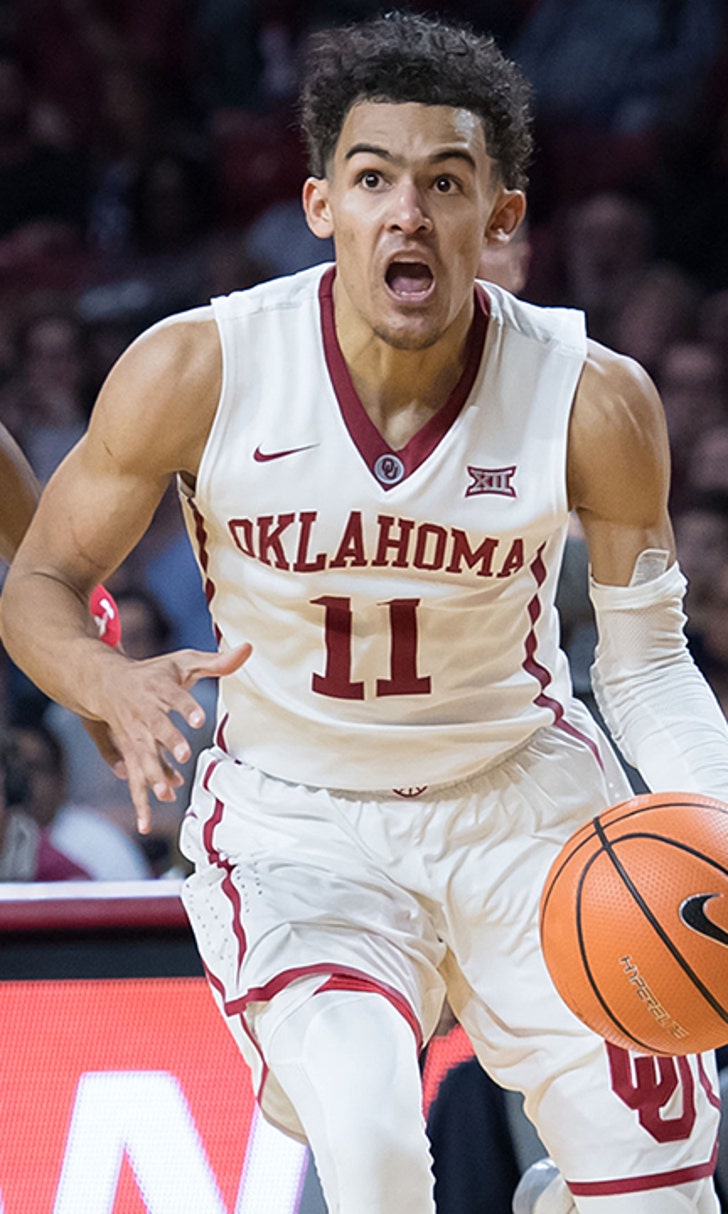 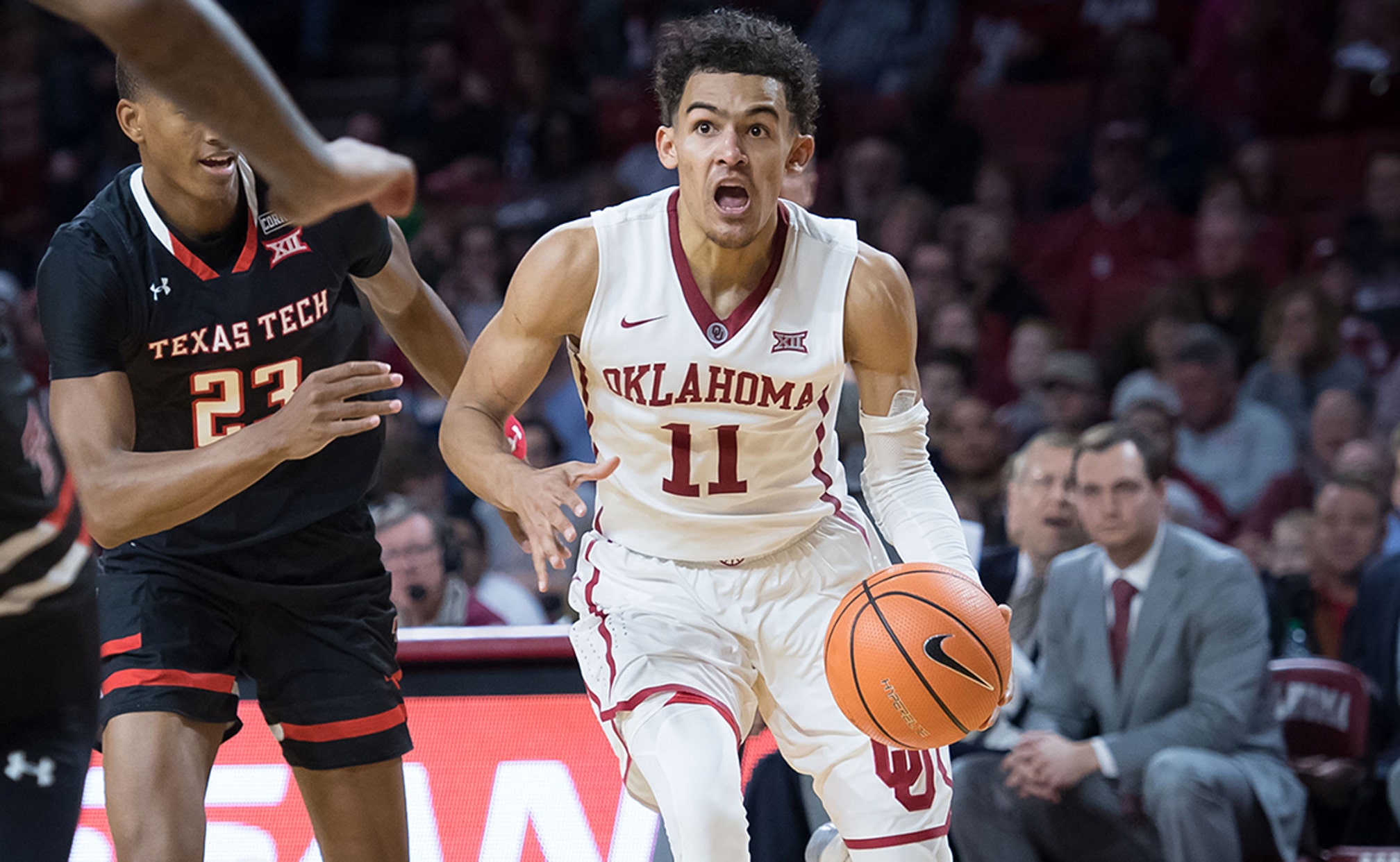 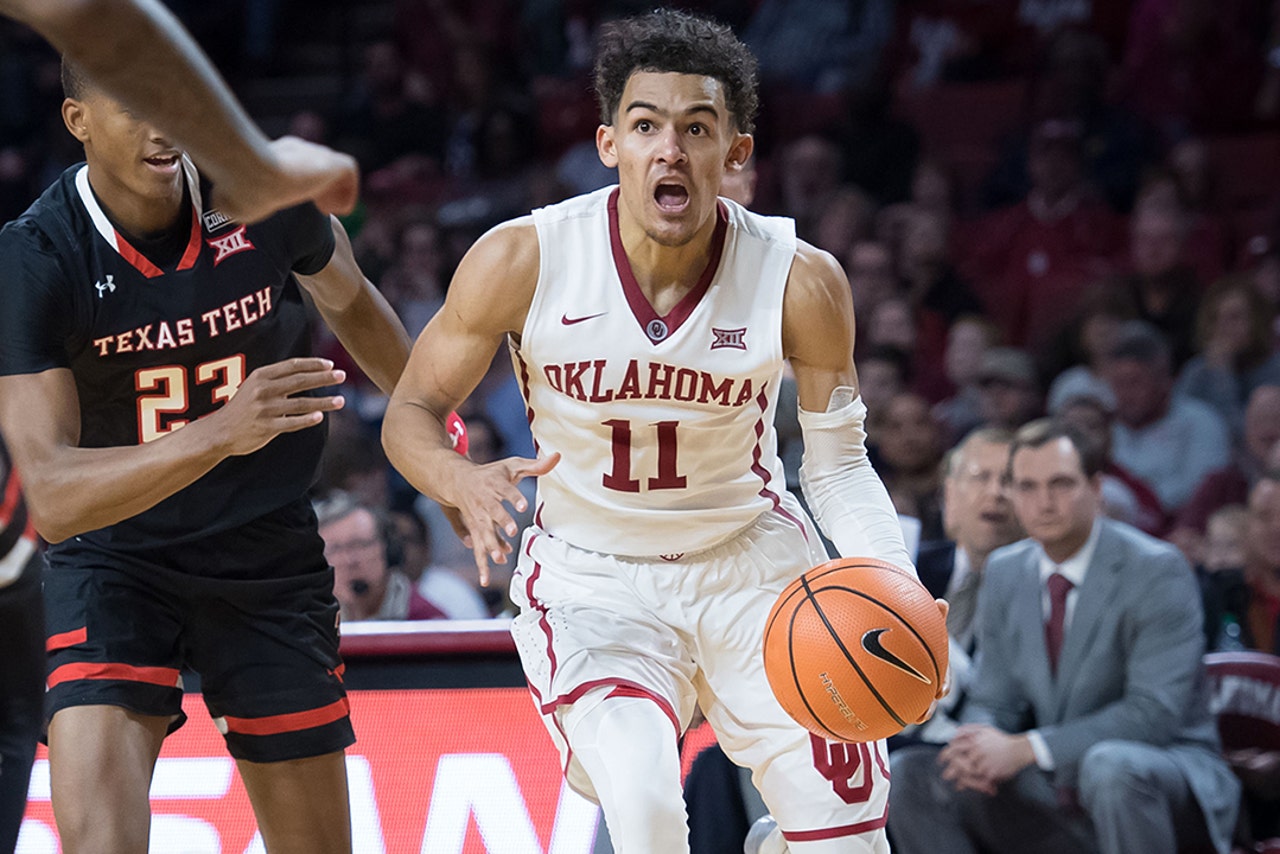 Every conversation about Oklahoma basketball this season begins and ends with Trae Young and it will continue Tuesday when the fourth-ranked Sooners visit Kansas State in Manhattan, Kan.

"Get him the ball," Oklahoma guard Christian James said when asked what he tries to do when Young is on one of his rolls like the 16-point run he went on against TCU. "Let him do what he does. Coach (Lon) Kruger does a great job of drawing up a game plan. But you see it; (Young)'s crazy."

On Saturday, the Sooners beat TCU 102-97 in overtime thanks to Young. Young scored 29 of his 43 after halftime, made 10 3-pointers, totaled 11 rebounds and seven assists.

Obviously, all the attention is on Young, but a play at the end of regulation in Saturday's victory over TCU showed what he is capable of doing.

The Sooners trailed by a point with the ball and the shot clock off. Young dribbled at the top of the key, looking for a chance to drive to the hoop. As he did, the defense collapsed in the lane, Young found James in the corner for a 3-pointer.

The Horned Frogs tied it up, sending the game into overtime. The Sooners took over in the extra period and outscored the Horned Frogs 13-8 to earn the victory.

"Being the competitor I am, I wanted to take the last shot, but I want to make the right play," Young said. "The right play was throwing it to Christian. I had so much trust that he was going to knock it down, and he did."

Young is not the only star for the Sooners, but he's the biggest, and smallest. At 6-foot-1, Young still has grabbed 4.3 rebounds per contest, including 11 against TCU. He's also shooting better than 40 percent from beyond the 3-point line.

Fellow freshman Brady Manek added 22 points, as he and Young became the first pair of freshmen in the Big 12 to score at least 65 points in 10 years.

Kansas State (12-5, 2-3 Big 12) will be without point guard Kamau Stokes, who will miss his third straight game with a foot injury. Freshman Cartier Diarra has stepped up for the Wildcats in Stokes' absence. He scored a career-high 17 points in an 86-82 win against Oklahoma State on Wednesday

Barry Brown leads the Wildcats at 16.6 points per game, including a career-high 38 against Oklahoma State in the first full game without Stokes. He and fellow junior Dean Wade will be counted on to provide the scoring punch. Wade is second on the team with 15.0 points.


But the Wildcats' offense revolves mostly around Brown. Following a loss at Texas Tech in the game in which Stokes was injured, Brown organized a team practice without coaches, so they didn't violate any NCAA rules the next day.

After edging Oklahoma State, Wade scored 22 and Diarra added 18 in a 73-72 loss at Kansas on Saturday. Kansas State held a three-point lead with three minutes left and a one-point lead with 30.2 seconds left but Brown missed a 3-pointer just before the buzzer.

"We're going to be fine," Brown said. "Just a tough loss. We're going to bounce back after this, like our last loss. Get back in the gym and focus on our next game."