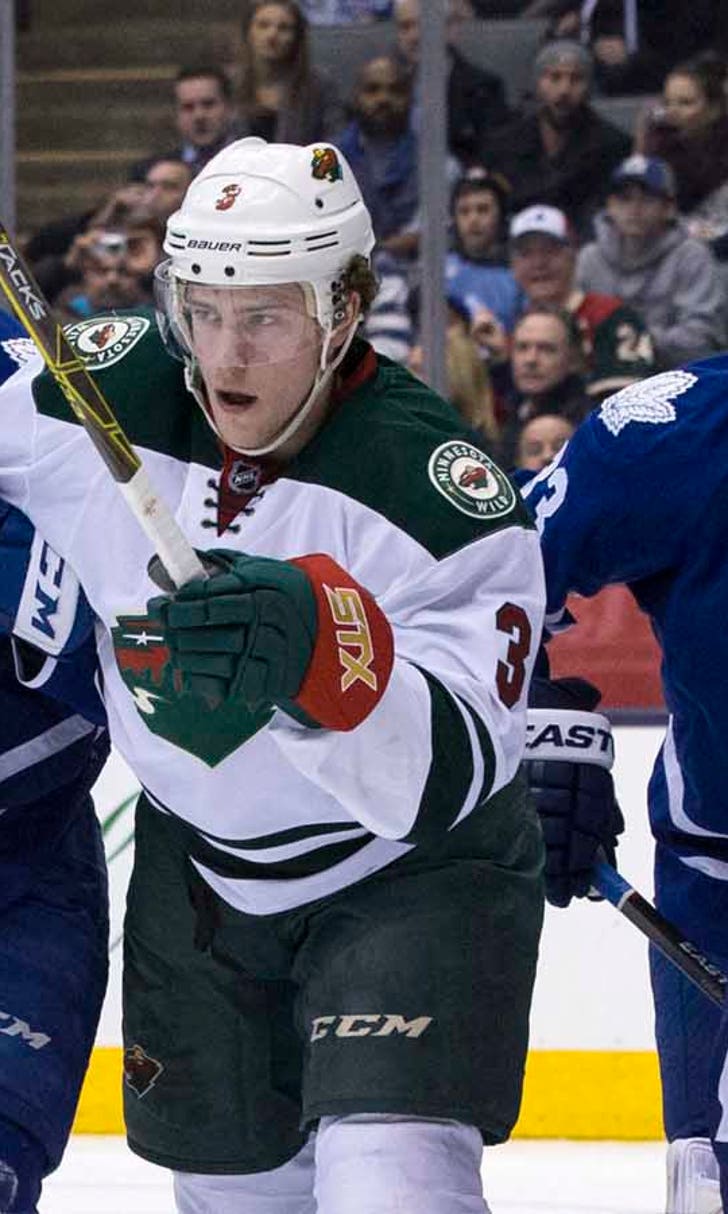 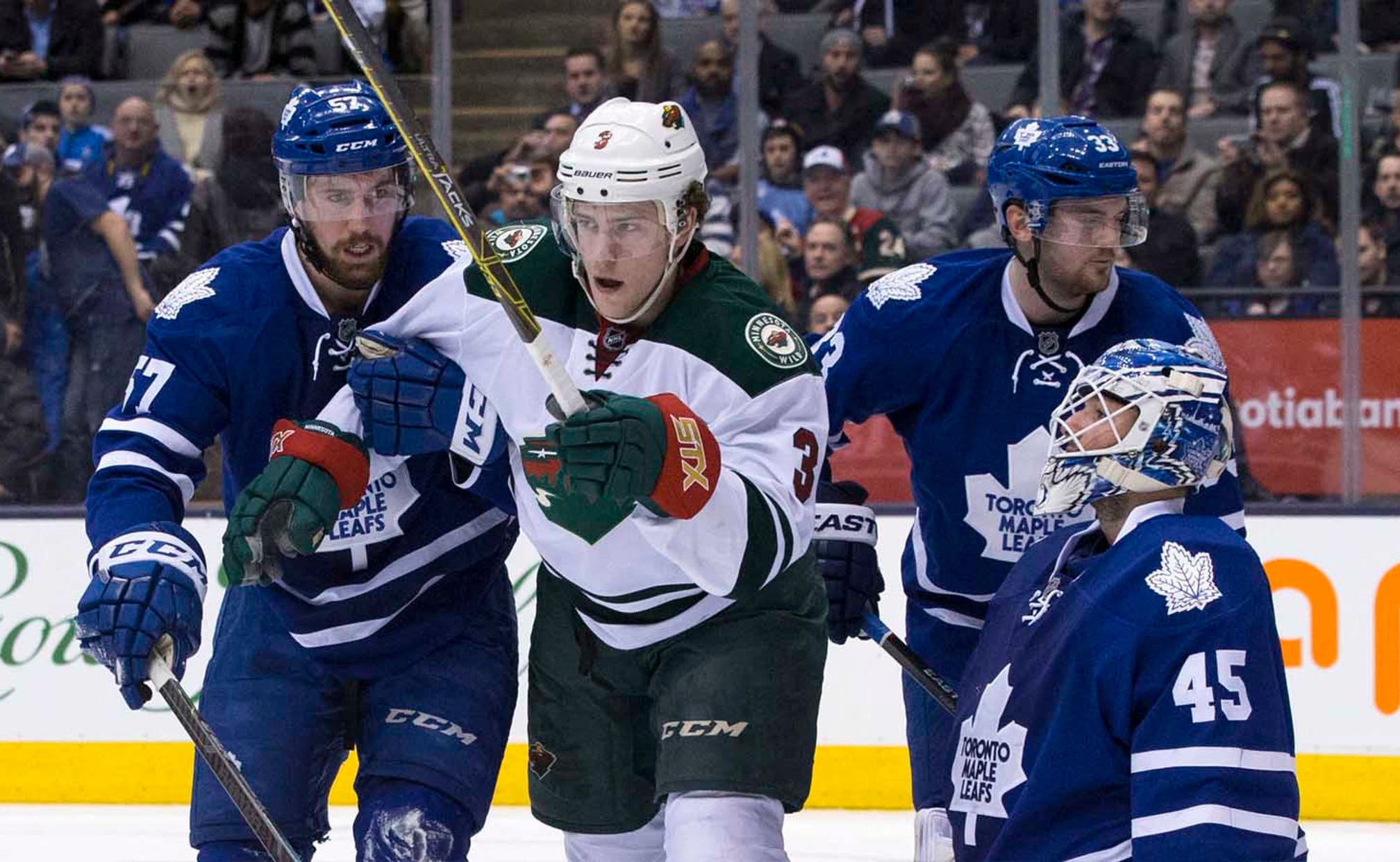 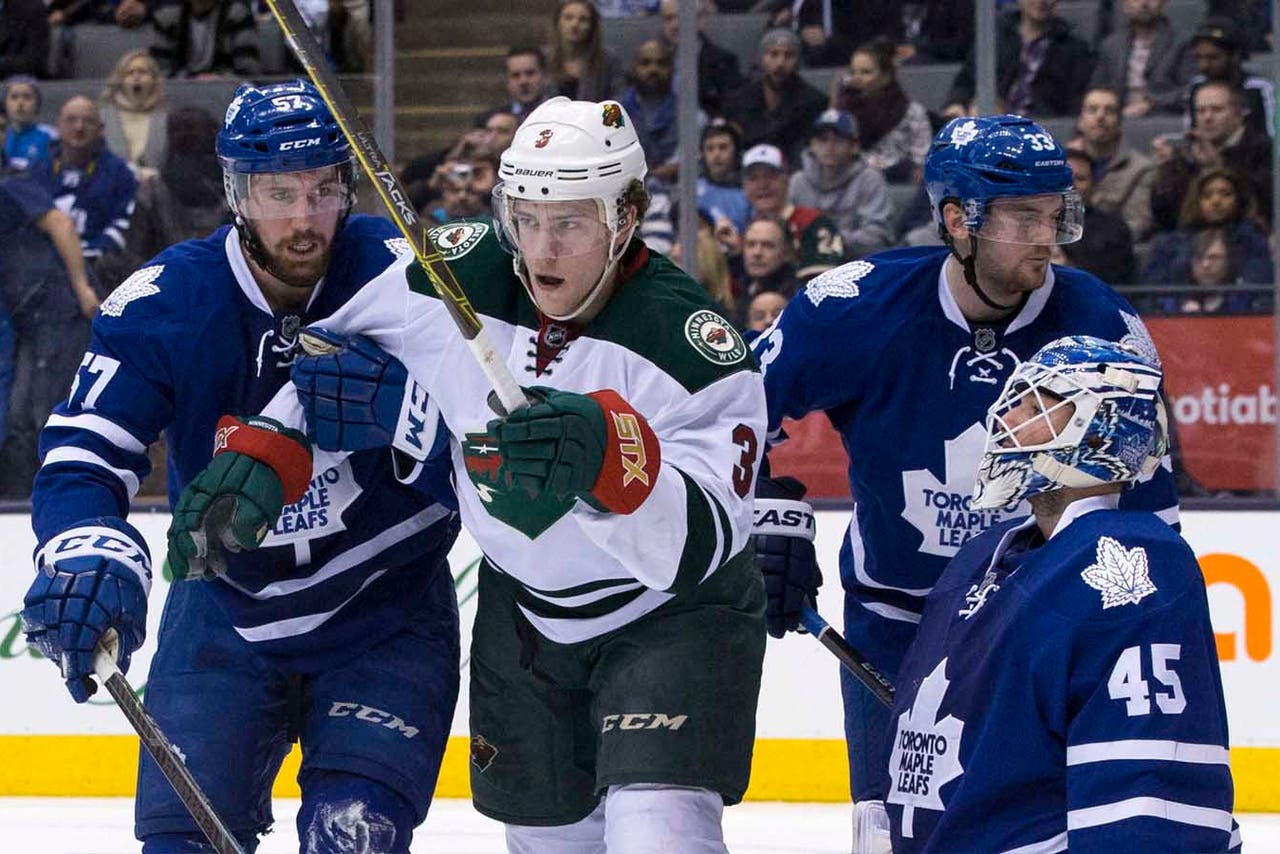 TORONTO (AP) -- Devan Dubnyk added to his ironman streak, making his 32nd straight start, and the Minnesota Wild extended their string of road wins to nine, hanging on for a 2-1 victory over the slumping Toronto Maple Leafs on Monday night.

The loss was the sixth straight for the Maple Leafs (27-41-6), who came close several times to tying it late.

Dubnyk can add to his streak Tuesday against the New York Islanders. The run, that includes one game with Arizona, is the longest by an NHL goalie since Anaheim's Jonas Hiller did it in 2012.

The 6-foot-6 Dubnyk has started back-to-back games four times during the his streak.

The Maple Leafs are 8-32-3 since a 10-1-1 run ended in mid-December. But there were signs of life with captain Dion Phaneuf, who injured his hand in a fight earlier this season. He dropped the gloves in the second period to fight Kyle Brodziak after the Wild forward objected to a hard, clean check.

Both Dubnyk and Toronto's Jonathan Bernier were efficient in goal. Bernier was by far the busier in a 16-save second period, making several fine stops, including one to deny Mikko Koivu when his breakaway shot bounced right back to him off the back boards.

The Maple Leafs came close to scoring during a mad scramble at the end of the second period.

Coyle opened the scoring with 1:02 left in an uneventful first period, winning a faceoff and tucking in the puck after a scramble in front. It was his 11th goal of the season and marked the 12th time in 13 games that Toronto has yielded the first goal.

Vanek made it 2-0 from the high slot at 9:08 of the third after a slick passing play that resulted in his 19th goal of the season.