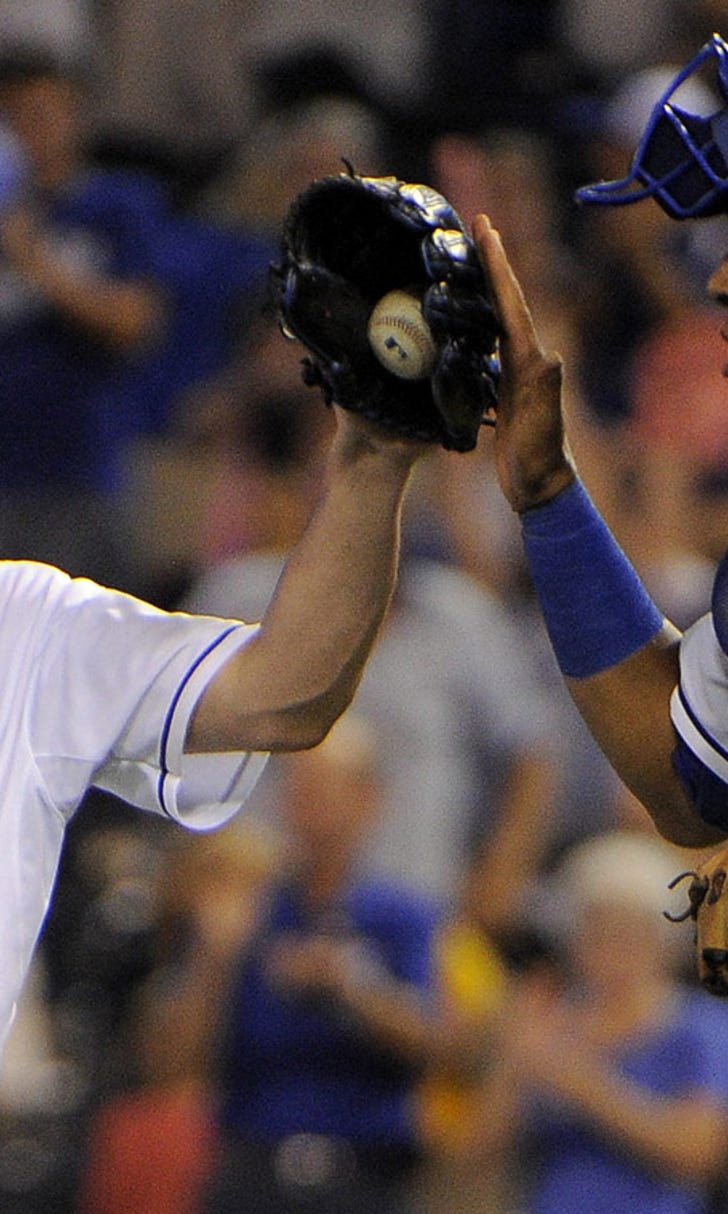 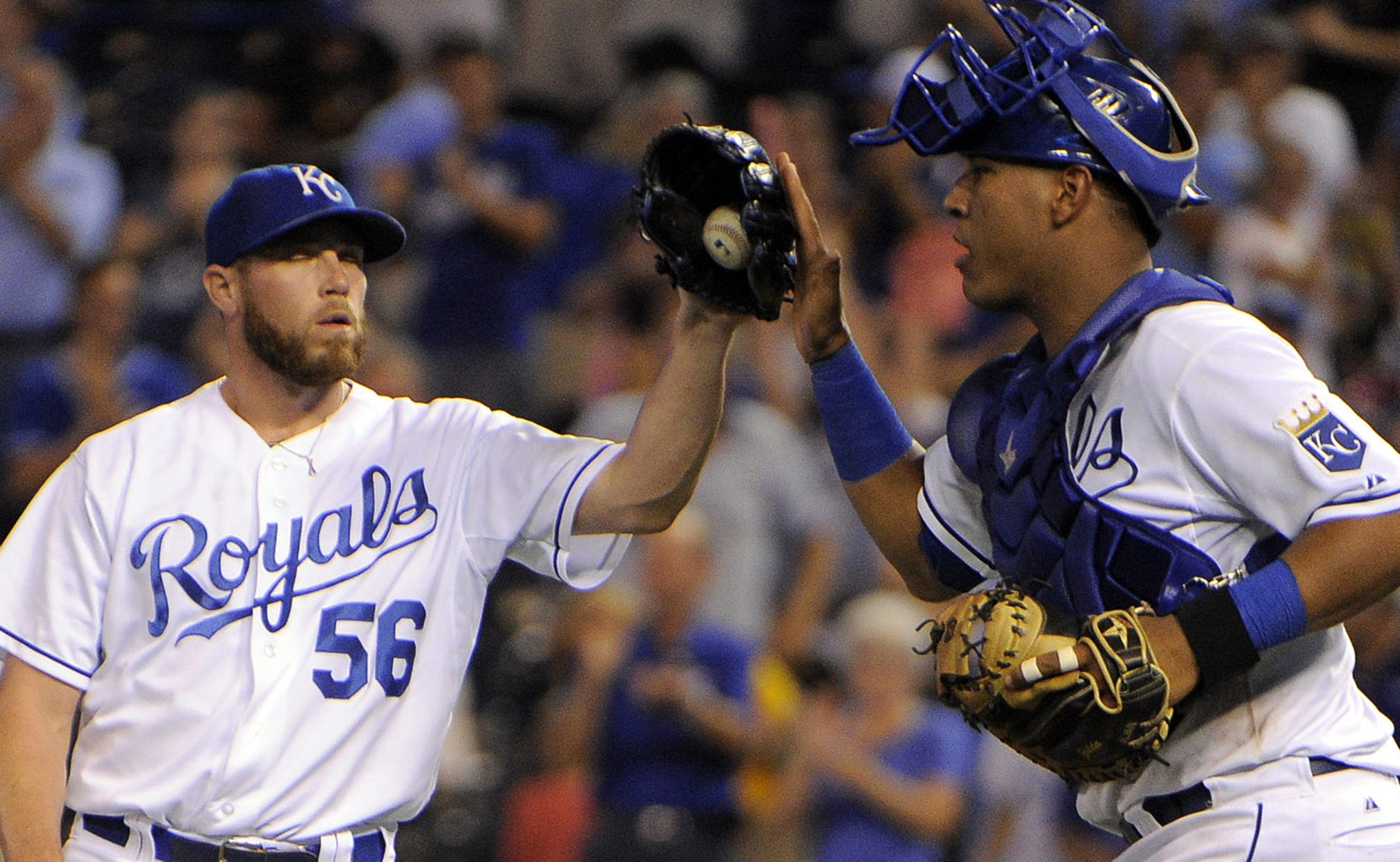 Why I stop worrying about third-order wins in September

A few weeks ago, Joe Sheehan worked through his thinking about the future of his subscription-only newsletter. I’m happy to report that he’s going to continue writing the newsletter, and I encourage anyone reading this to subscribe because Joe thinks as clearly about the game as just about anyone.*

Anyway, last week Joe wrote about our first-place Kansas City Royals. Joe can read the various playoff-odds reports just as well as you or I can, and he does acknowledge the Royals’ strengths. Still:

And yet ... I'm not sold. There was a guy on Twitter who railed at me a few weeks back about how the Royals' success must be grating because it doesn't fit my narrative. I'm just not buying it. I had the Royals going 85-77 and outscoring their opponents by 49 runs; they're on pace to finish 90-72, with a run differential of about +30. They've outplayed their Pythagorean record by a whopping five games. That's real and valuable, but the idea that the Royals have exceeded my expectations is silly.

They're the same team I projected but with a far inferior offense and with a bullpen and defense repeating rather than regressing -- at least at the high-leverage end -- and they've played a soft slate.

I’m not really disagreeing with any of this. The Royals are not fundamentally better than we should have expected, and they are not quite as good as their record. Joe thinks (or thought, a few days ago) the Royals will ultimately fall behind both the Tigers and the Mariners, and thus miss the playoffs. That prediction’s actually not looking so hot; as I write this, the Royals are two games ahead of the Tigers, a game-and-a-half ahead of the M’s. But then again it might look perfectly fine, especially with both Danny Duffy’s and Greg Holland’s health in question.

But that’s not why I’m here. I’m here to grapple with a question I’ve asked myself more than once, over the years ... If you predict that a team will win 85 games (or whatever), and they win 85 games, do you get to say you were right ... even if you were utterly wrong about how they won 85 games? We all had the Royals with a great bullpen, a pretty good lineup, and decent starting pitching. But we were right about only the great bullpen (and even there, nobody saw Wade Davis coming). The lineup’s been sub-par, and the starters have been great, bolstered by two young guys and (as Joe notes) tremendous defense.

Put in more specific terms, if we’d known before the season that both Billy Butler and Eric Hosmer would have essentially zero value this season, would we have projected 85 wins for their team? Probably not.

None of which is to suggest that Joe (or I) was wrong about the Royals. This business will keep you humble, though. Or should.

I do my best, anyway. Every season, I try to choose a couple of dark horses for the postseason, before the season. You know, because just going off the projections is boring. So this season my dark horses were the Brewers in the National League, the Blue Jays in the American.

For a while. At the end of July, the Jays owned a three-game edge for the second wild card and the Brewers owned the second-best record in the National League. Give me four months and I’ll destroy the Vegas oddsmakers!

Of course, since then the Brewers are 14-20, the Blue Jays 13-19. So now I’m not mentioning my brilliance on the radio quite so often. On the other hand, before the season I predicted a division title for the Angels ... which might seem really smart, except the projections had the Angels in first place, plus their run differential, even with all that’s happened lately, still isn’t as good as the Athletics’. And the two most surprisingly good run differentials in the American League, those of the Orioles and Mariners? I didn’t see either of those coming.

I’ve done significantly better in the National League, with all three division leaders lining up perfectly ... except are the Cardinals and their +4 run differential really the sort of team I expected? Hardly. The Cardinals have played like a .500 team, and in a fairer world the Pirates would currently reside atop the Central standings.

Not that I’m advocating absolute, metaphysical fairness in the standings. That really wouldn’t be so interesting, would it? Granted, four of today’s division leaders are supposed to be today’s division leaders. But two are quite surprising! And various other teams have been ridiculously hot for a few weeks or even longer, giving real hope to their fans. If you count the Rays, there have been 19 teams this season that were legitimately exciting for a spell. Were their performances “legitimate”? Well, that depends largely on your definition of that word. Are the Royals “legitimate”? As Joe points out, their third-order record is just 67-73. But we’re at that exciting point in the season where those things really don’t seem so interesting. This last weekend, the Royals beat the Yankees twice without scoring a single earned run. Joe’s still a Yankees fan, I think. Metaphysical fairness didn’t keep the Royals from essentially knocking the Yankees out of the playoffs.

Fairness schmairness. It’s the 8th of September and it’s time to just enjoy the various rides. I need to stop thinking about third-order wins for a few weeks, and I need to stop worrying about how right or wrong I might have been, five action-filled months ago.