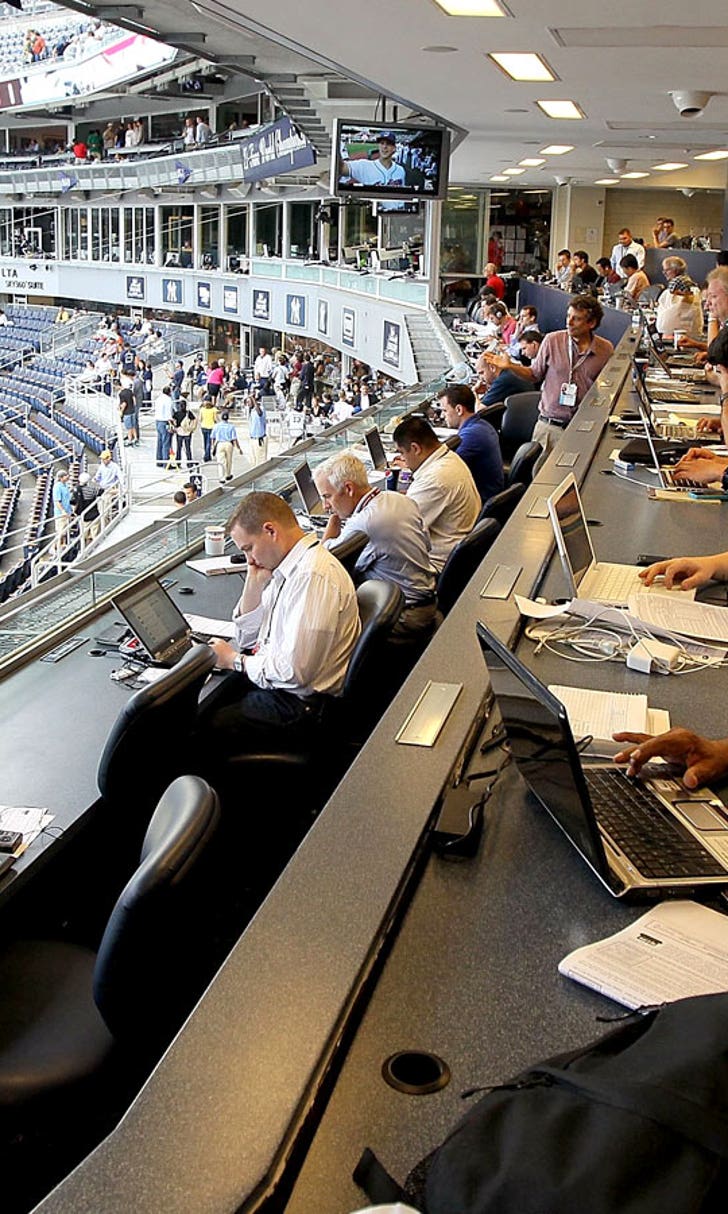 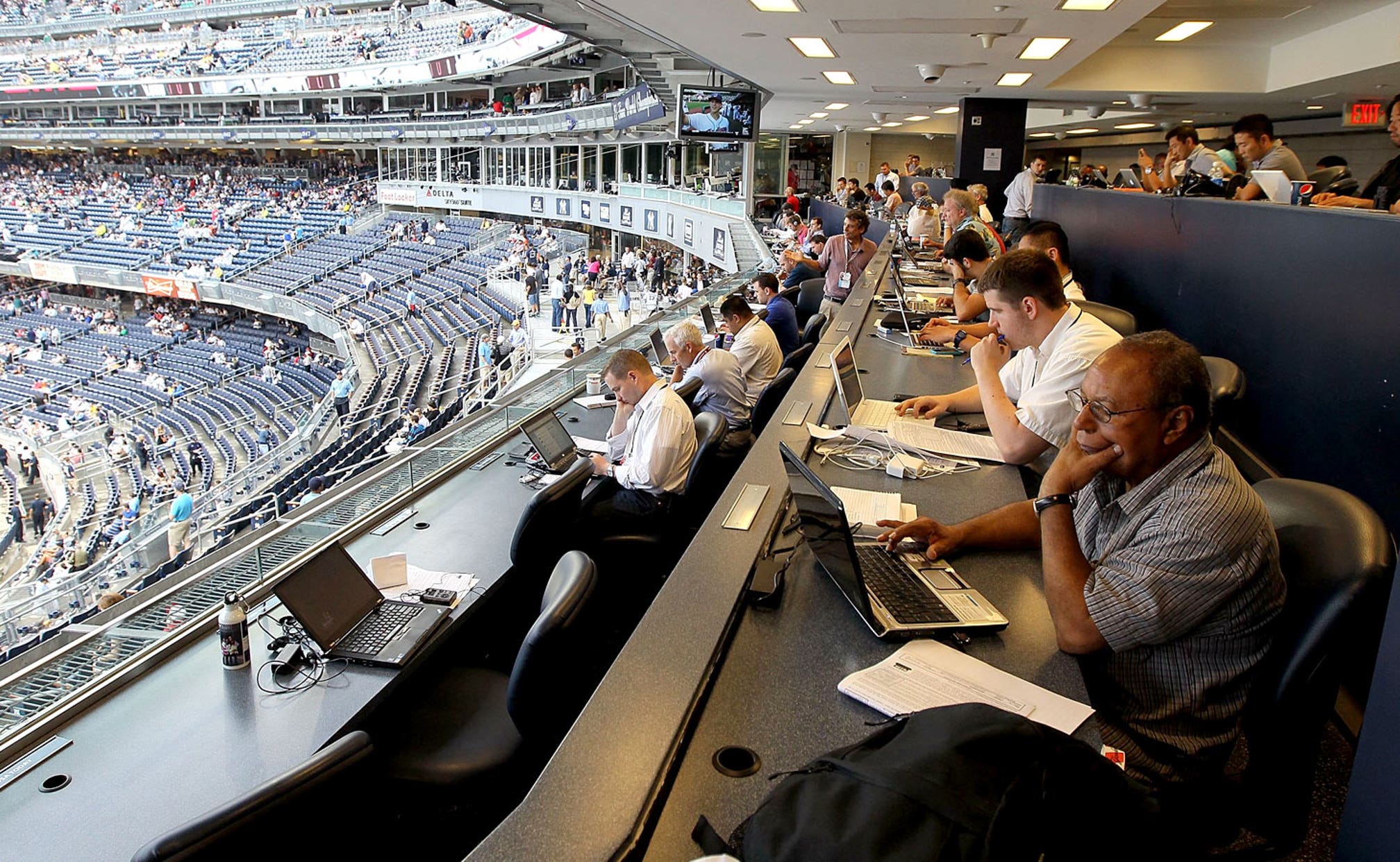 Who will guard the guardians?

It began, as things so often do, with a mistake.

In the wake of Max Scherzer’s Opening Day start, in which he pitched into the eighth inning and gave up only four hits and two walks, but took the loss when his team scored only once against Bartolo Colon and made a couple of errors that led to three runs for the Mets, someone who works for a semi-reputable newspaper wrote this:

Max Scherzer pitched well. And he will likely be in control and dominate on the mound as part of this great Washington Nationals pitching staff.

But on Monday, Bartolo Colon pitched better. That can’t happen.

Well, that’s just a mistake. All Max Scherzer, or any other pitcher, can do is pitch to the guys in the other team’s lineup. Until they let pitchers actually fight each other between innings or something, there’s nothing Scherzer can do about Bartolo Colon, just as there was nothing Sandy Koufax could do in 1966 when Atlanta’s Denny Lemaster pitched just a little bit better.

These things happen. In 1968, Bob Gibson posted a 1.12 ERA ... and yet, somehow he lost nine games. He lost to Hall of Famers like Fergie Jenkins and Don Drysdale and Gaylord Perry, but he also lost to Woodie Fryman and Larry Dierker and Bobby Bolin. That can happen, and occasionally does.

As I said, it was a mistake. I’m not familiar enough with the writer’s work to know whether it’s habitual or just a slip. It’s not really important (or maybe it is; we’ll see where this column takes us, if you please).

Anyway, Craig Calcaterra pounced. Craig’s an outstanding pouncer. I used to do a fair amount of pouncing, myself. Craig’s better at it than I ever was. He’s more clever, and he’s better-trained for the work.

I spent years pouncing, and pouncing hard. Just a couple of years ago, I published a list, in some great detail, of the worst baseball columns published in 2012. And probably made, at the same time, five or six enemies. I would be willing to bet that I was the only BBWAA member that year who ripped fellow BBWAA members with anything approaching my opprobrium. I wouldn’t be willing to bet it had anything to do with my membership getting stripped, a year later ... but it probably didn’t help much, either.

I haven’t changed a lot. I still have the same feelings about writing that I consider ill-considered and unprofessional. But I don’t have exactly the same job, and I have a lot more story ideas than I did then. And to be honest, ripping guys just isn’t as much ... well, fun isn’t exactly the right word. But I used to feel like I was doing some good, in part because nobody else was doing it. You really don’t need more than one writer out there, though, telling you that someone wrote something dumb about Max Scherzer.

Now, I guess I’ve already showed most of my cards here. But if you’re wondering why I’ve brought all this up, it’s because in the wake of Craig’s pouncing on the Scherzer column, he and a couple of big-time writers mixed it up a little on Twitter.*

* Oh, and an editor from that semi-reputable newspaper jumped in, too. But he was just protecting his guy. Can’t really hold that against him. Ad hominem or no.

The argument of the big-time guys was essentially that it’s easy and not all that useful to pick on the truly awful stuff. Instead, Craig (and his ilk, including me sometimes, I guess) should accentuate the positive, sending our readers to the good baseball writing out there, of which of course there’s no shortage. Craig responded as I would have: fisking the occasional lousy column is just a small part of what he does, and he routinely doeslaud good work.

What Craig’s interlocutors didn’t answer was this question: What harm does fisking the lousy stuff do?

Well, it does inject a tiny dose of negativity into the world. It’s hard to imagine the Dalai Lama pointing out the obvious flaws in a column about a baseball pitcher. And maybe that’s all that really bothers Jeff Passan and Sam Borden.

Which is exactly as far as I will go when it comes to divining the motives of Passan and Borden, because a) they both seem like reasonable fellows, and b) I try to resist the urge to divine motives, because most of us, including me, are pretty lousy at it.

Instead, I will generalize. In my experience, sportswriters are hyper-sensitive to criticism from other sportswriters. Which is little different from many professions. You’ve probably heard of the blue wall of silence.

Look, I get it. Baseball writers see each other in press boxes, and they hobnob every year at the All-Star Game and the Winter Meetings and various other great events. For most of us, it’s not much fun to rip a guy’s work (or the actual guy) in print, then run into him in the credentials line at the All-Star Game (which happened to me last July in Minneapolis). No fun at all. Which is probably part of the reason I rarely do it any more (although I’ve never had that conscious thought while deciding what to write, or not).

Yes, it’s important for those of us who value good writing and thinking to promote good work. Craig does it all the time. I’ve been doing it for almost 20 years. But sometimes, sometimes there probably is some value in saying, “You know what, kids? Here’s a great example of lousy writing, andfaulty thinking, and if you learn your lessons well maybe you’ll take this guy’s job someday.”

We might also wonder if baseball writers should simply be inoculated against criticism of any sort. And if not, then who’s going to do the criticizing? Dudes in the comments section? Have you seen a comments section lately?

Granted, one line of thinking suggests that there’s a conflict of interest involved. How can one be objective – or more to the point, seem to be objective – when writing about one’s competition. When there are two new books about Ty Cobb, we wouldn’t trust the author of one to review the other (although now that I think about it, that might actually be kind of interesting). In the early days of ESPN.com, we had someone who wrote about sports media. That didn’t last long, though. Supposedly because it was inappropriate, or seemed inappropriate. Sports Illustrated’s Richard Deitsch does write about sports media, but he’s not doing it the way Calcaterra does. Deitsch covers but rarely (if ever) criticizes.

Finally, I’ll suggest another reason why so few writers who aren’t already insiders don’t get jiggy: they want to be insiders, while I doubt if Craig gives a damn. He came to professional writing late, and probably doesn’t expect an invitation to one of Tracy Ringolsby’s Wyoming soirées anytime soon.

Do we need a few dozen Craig Calcaterras out there, ready to pounce on the latest idiotic thing written about baseball for a good-sized audience? No, probably not.

Which is fine, because there aren’t a few dozen. There’s just the one, with maybe two or three more capable of filling in. But Ken Tremendous performed a valuable service, and so does Craig. Someone has to watch the watchers.