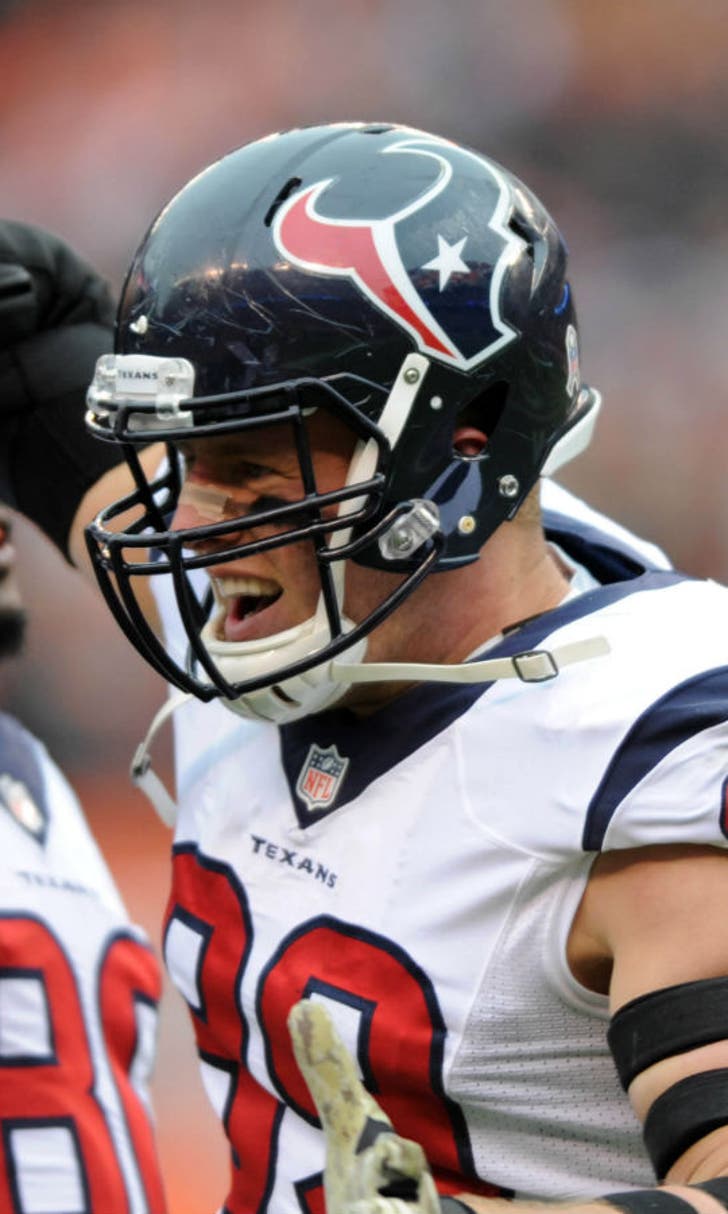 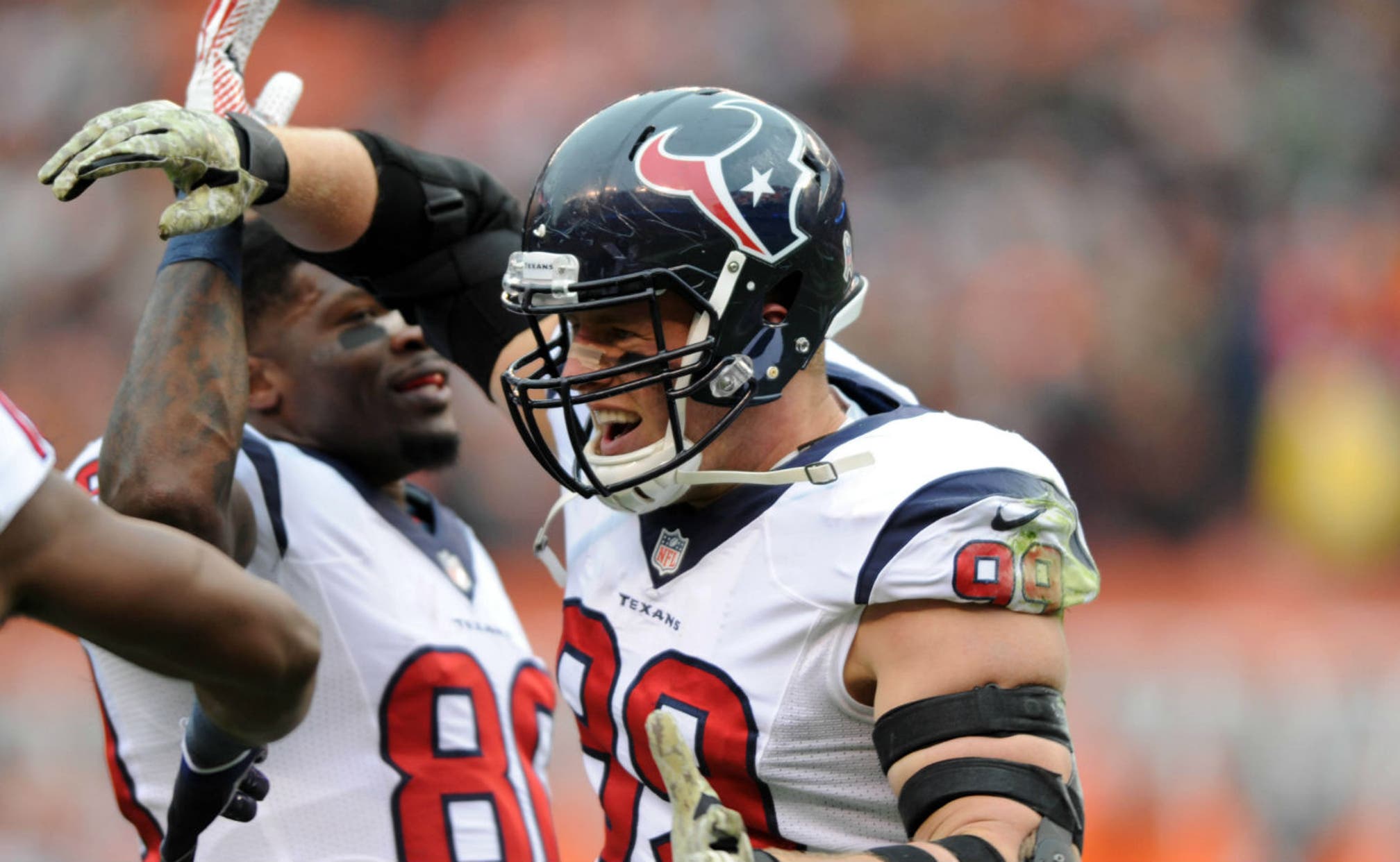 Watt dominates as Texans down Browns 23-7 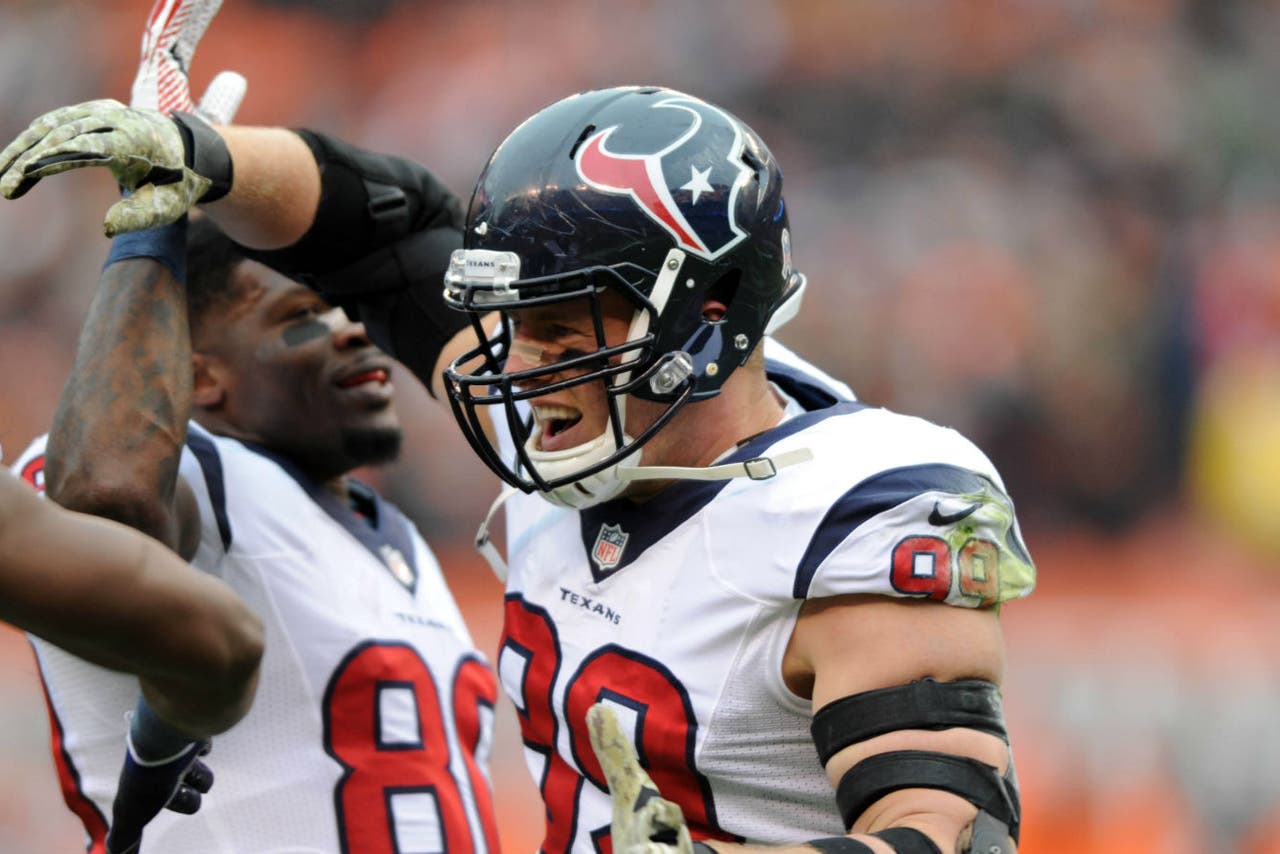 CLEVELAND (AP) -- J.J. Watt nearly beat the Browns by himself. On offense, on defense, he couldn't be stopped.

Watt caught a 2-yard touchdown pass from Ryan Mallett, dominated on defense and the Houston Texans climbed back to .500 with a 23-7 win over the Cleveland Browns on Sunday.

Watt was all over the field. Along with his TD, he recorded a strip sack, made five tackles -- three for a loss -- recovered a fumble and hurried Browns quarterback Brian Hoyer into several bad throws. Watt provided more proof he's the NFL's best defensive player.

Mallett threw a pair of TD passes and finished with 211 yards in his first career start. The four-year veteran was promoted during the bye week after the Texans (5-5) benched Ryan Fitzpatrick.

The Texans played without star running back Arian Foster because of a groin injury, but rookie Alfred Blue stepped in and gained 156 yards on a franchise-record 36 carries.

The Browns (6-4) won't spend a second straight week atop the AFC North. They lost for just the second time in seven games, and Watt is the main reason why.

Watt is the first defensive lineman to score four times in a season since 1948. He wasn't perfect, getting called for two roughing-the-punter penalties, but Watt more than made up for his mistakes by wreaking havoc along Cleveland's offensive front.

Randy Bullock kicked field goals of 46, 37 and 50 yards for the Texans.

Mallett finished 20 of 30 and outdueled Hoyer in a battle of former backups under New England's Tom Brady.

Hoyer spent the afternoon ducking and dodging Houston's relentless defensive front led by Watt. Linebacker Brian Cushing delivered a monstrous hit in the fourth quarter on Hoyer, who struggled to get up, dropped to his knees and barely composed himself as backup Johnny Manziel scrambled for his helmet.

Mallett's 20-yard TD pass to tight end Garrett Graham gave the Texans a 14-7 lead and capped a first half in which Watt had an impact on offense, defense and special teams.

After he caught his second TD pass this season, Watt sacked and stripped Hoyer and recovered a fumble caused by Cushing that led to Houston's go-ahead score. Other than that, Watt was quiet.

With the Browns driving late in the second quarter, Cushing, who missed the previous two games with a knee injury, poked the ball away from Cleveland rookie running back Isaiah Crowell. Watt, who had been pacing the sideline after his second roughing penalty, pounced on the fumble.

Mallett capitalized on the turnover with his strike to Graham, who bowled over Browns safety Tashaun Gipson at the 2-yard-line before going in.

The Browns had tied it 7-7 on Hoyer's 32-yard TD pass to Andrew Hawkins, a score that came after Watt just missed blocking Spencer Lanning's kick but bumped into him again.

As expected, Watt made his presence felt. The surprising part was that it was on both sides of the ball.

Mallett hooked up with DeAndre Hopkins on a 41-yard completion -- the longest play on an 89-yard drive -- to move the ball to the Cleveland 2.

On first-and-goal, Watt came in and lined up as Houston's left tight end before shifting outside as a wide receiver. Mallett then lofted the ball to the agile Watt, who caught it over rookie linebacker Chris Kirksey. Showing his impressive athleticism, Watt was able to get his knee down inbounds for the score.

Watt is the first defensive lineman in 66 years to score four TDs in a season, joining Ray Poole (Giants) and Jack Zilly (Rams), who both did it in '48.