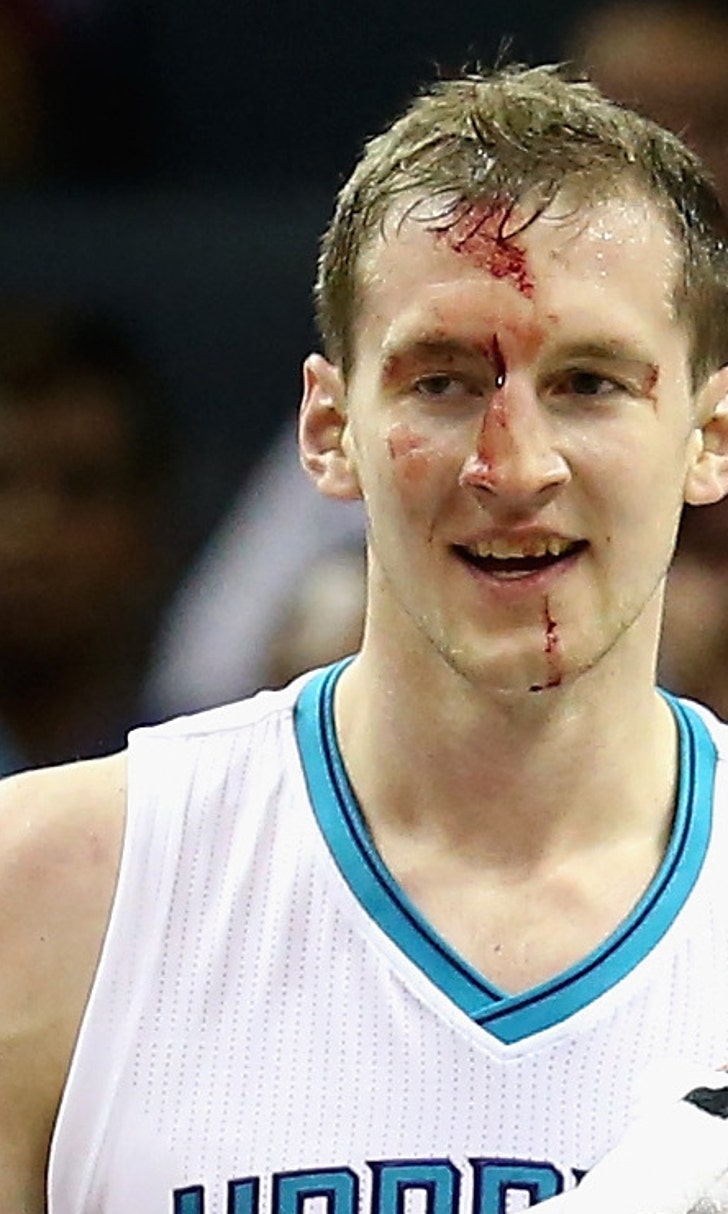 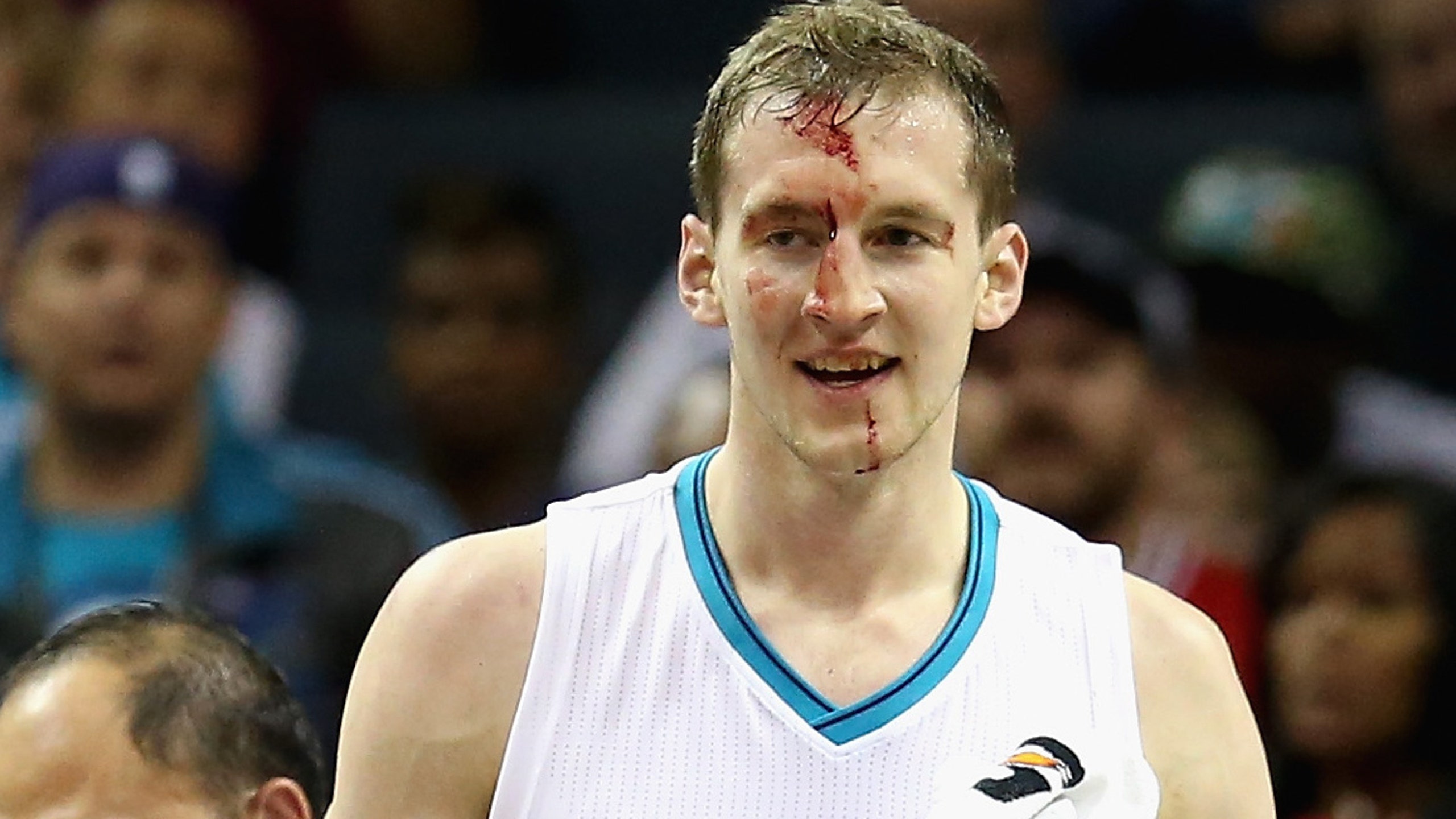 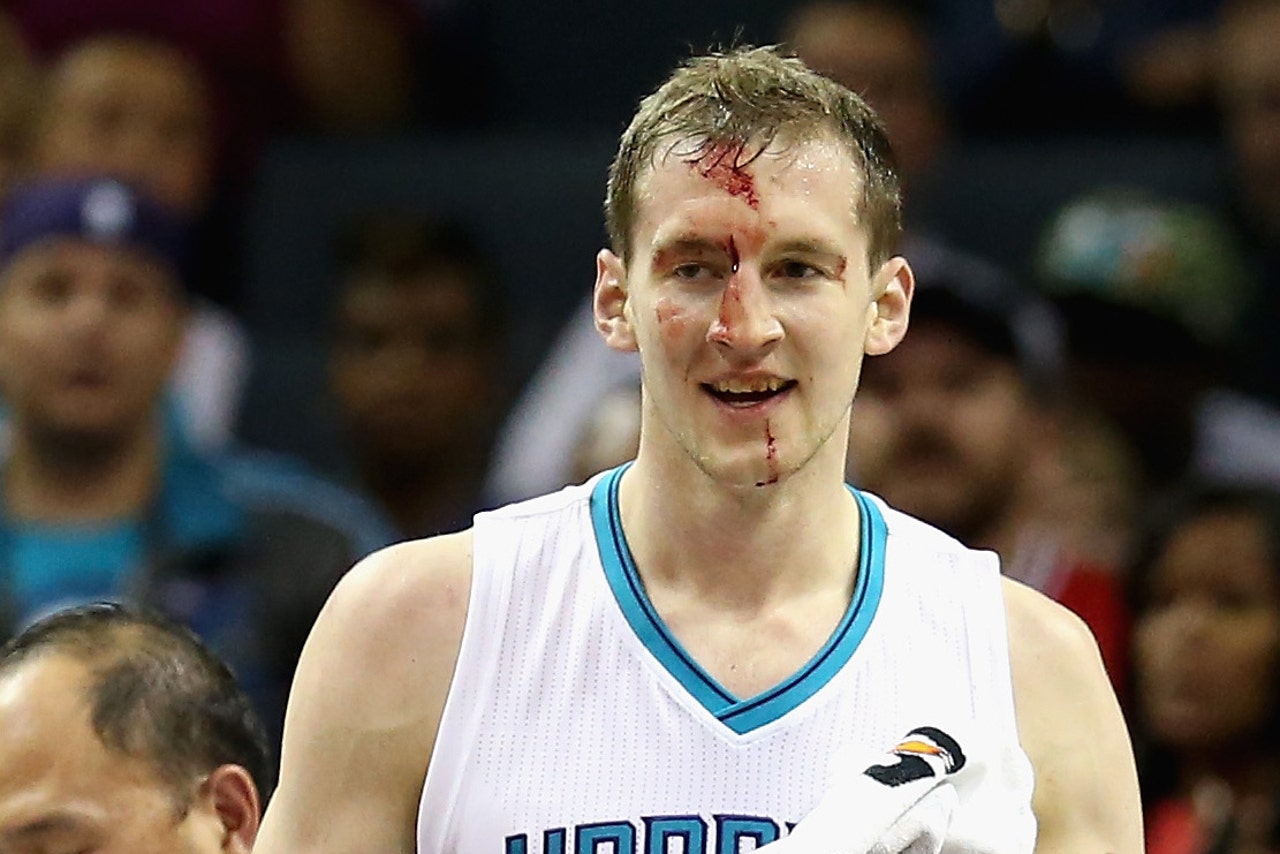 The 23-year-old Zeller's forehead took the brunt of the (unintentional) blow, but it appears his nose got whacked in the exchange too -- or perhaps it only looks so because blood dripped from the wound onto his eyebrows, nose, chin and all over his hands.

Maybe you prefer the Vine (via The Cauldron):

We're guessing she doesn't work in the healthcare industry. It's OK, lady, he's fine. Zeller received eight stitches on his forehead and re-entered the game later, like a true hockey player.