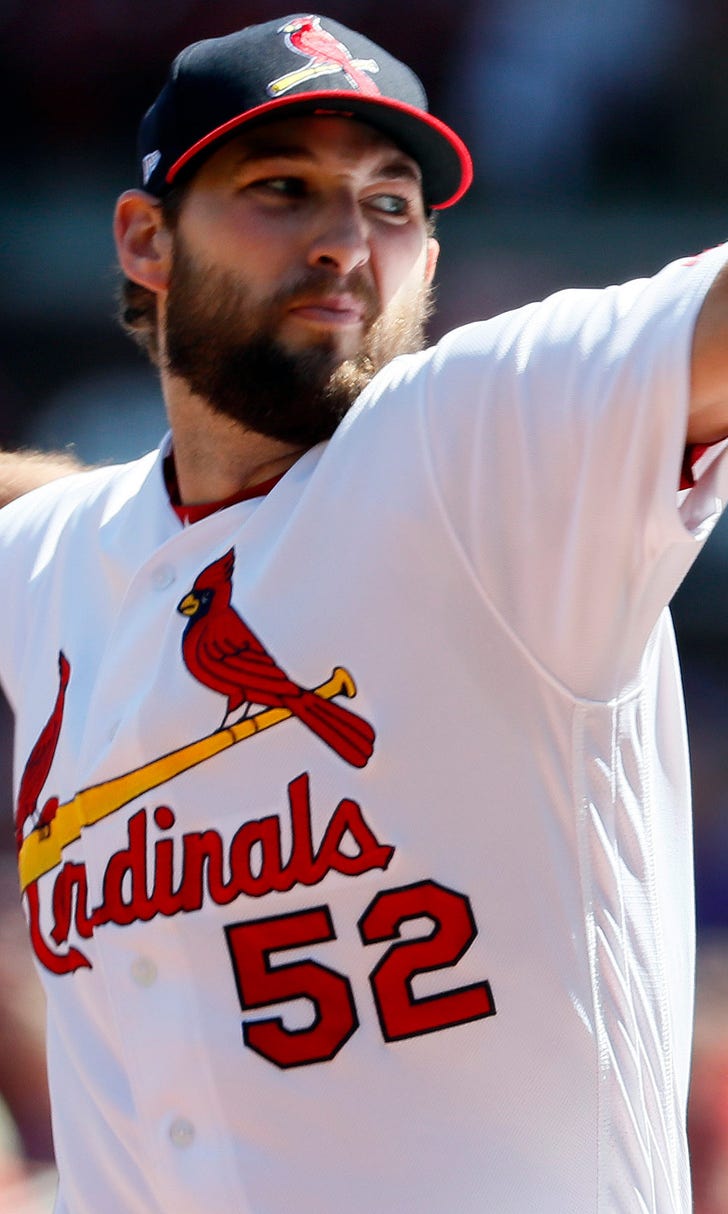 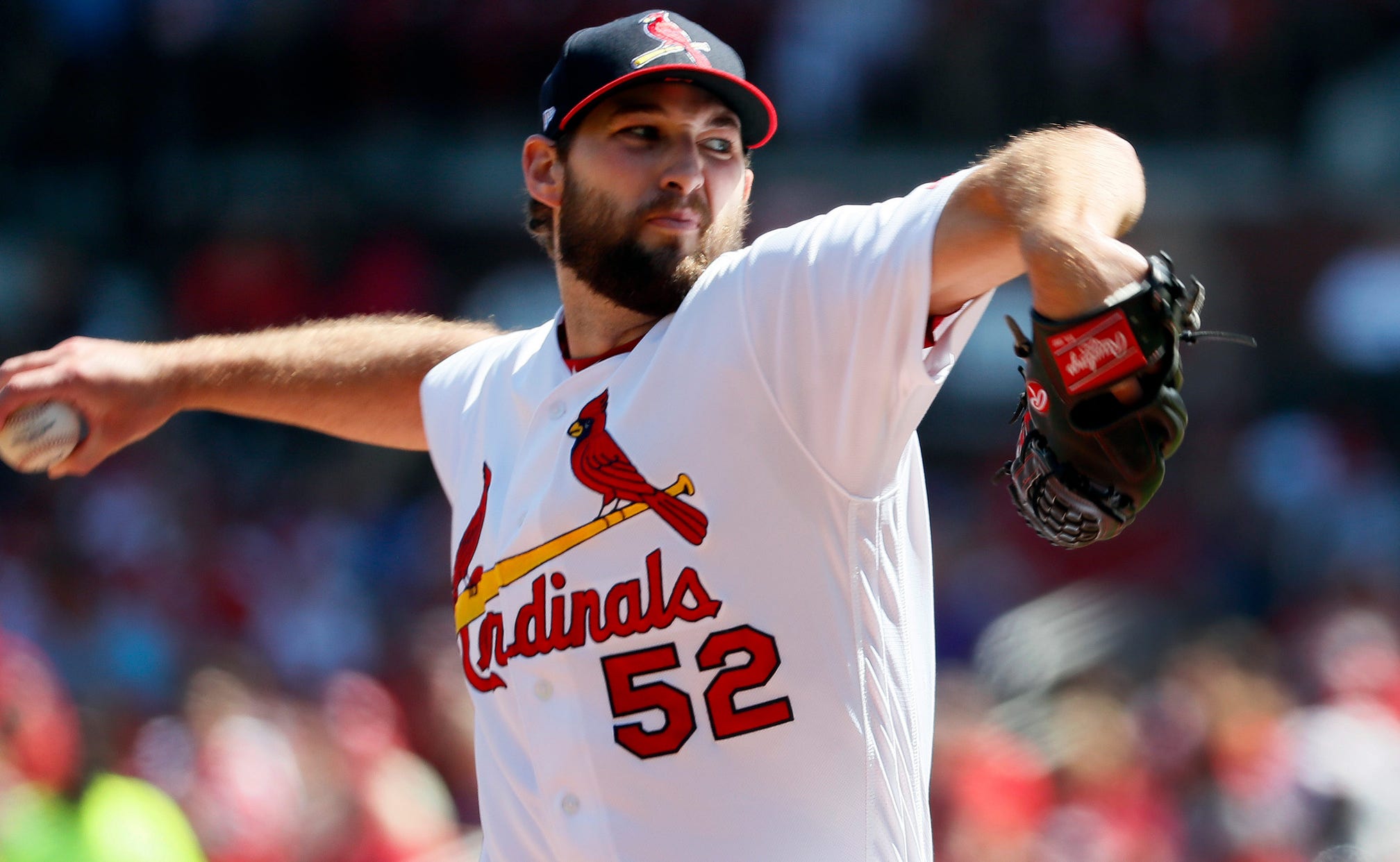 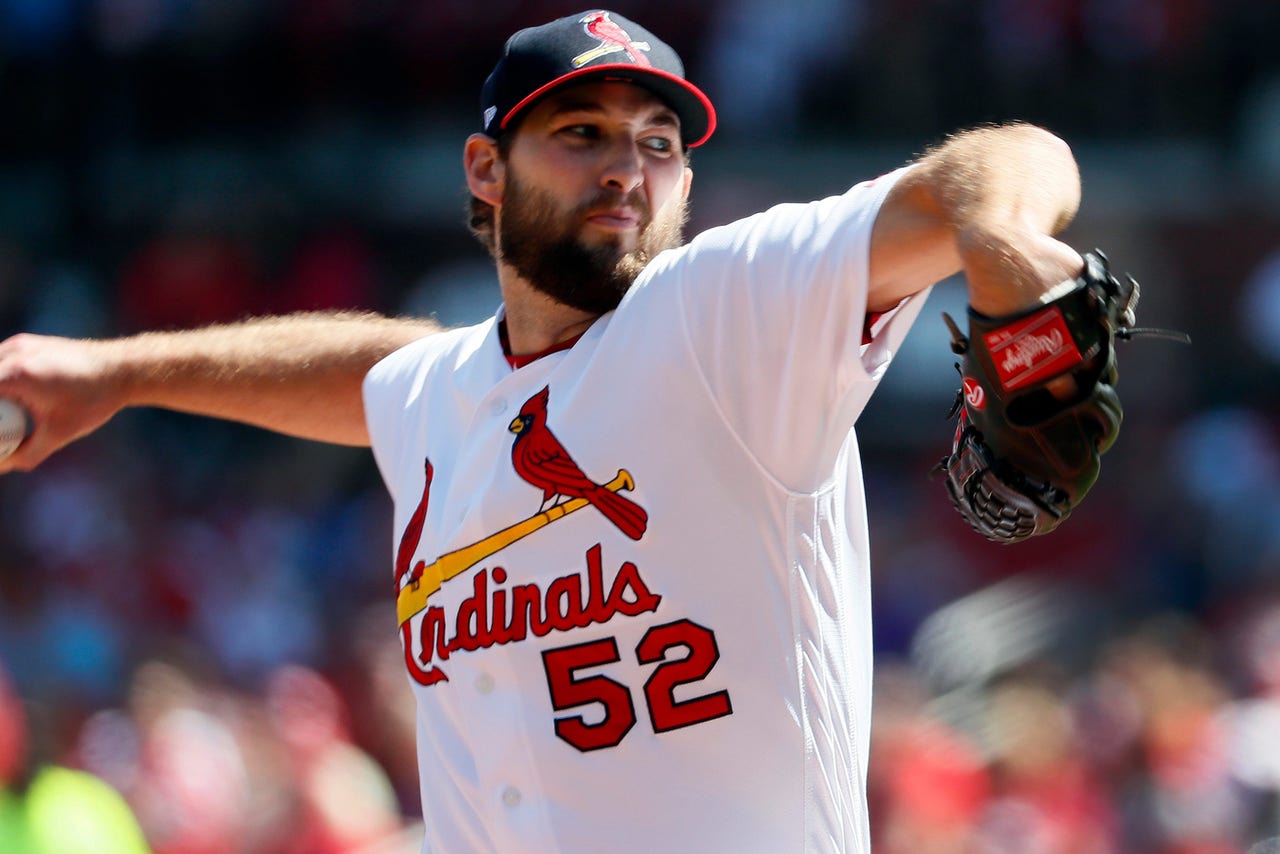 Michael Wacha allowed five hits while striking out seven and did not walk a better in getting his third win in three starts.

ST. LOUIS -- Yadier Molina's teammates could tell their All-Star catcher was not happy.

After taking a fastball from Ivan Nova high and tight, Molina hit the next pitch for a three-run homer to help the St. Louis Cardinal beat the Pittsburgh Pirates 7-0 on Sunday.

"Everyone knows don't mess with Yadi," St. Louis infielder Kolten Wong said. "After that, you could tell he's (ticked) off. He took it out on the baseball."

St. Louis, which has won three in a row and seven of eight, moved two games behind Chicago in the NL Central. The Cardinals are 2 1/2 behind Colorado for the second NL wild card.

Michael Wacha tossed eight scoreless innings and Randal Grichuk added a solo homer for St. Louis, which improved to 8-2 in September and moved to a season-high seven games over .500.

Molina tied a career-high with five RBI. He also drove in five runs on Sept. 17, 2010 against San Diego.

Pittsburgh dropped its fifth in a row and slumped to 10 games under .500 for the first time since the end of the 2011 season.

Molina, who left without speaking to reporters, pushed the lead to 4-0 with his drive in the fourth inning. After dodging the errant pitch, he calmly stepped back into the batter's box and ripped his second round-tripper in as many games.

"I feel like he took offense to that," Wacha said of the inside pitch. "It was great to see."

Nova said he meant no harm.

Molina had an RBI single in the first and a sacrifice fly in the seventh.

Wacha (12-7) allowed five hits while striking out seven and did not walk a batter in getting his third win in three starts.

"It's that time of the year where you're trying to make the playoffs," Wacha said. "And every game matters. When it gets down to it, you compete your tail off and try and get the win."

The Cardinals' two-game deficit in the NL Central is the closest they've been since Aug. 18 when they were 1 1/2 back.

Nova gave up five runs and five in hits five innings. He struck out seven and walked two.

The Pirates were shut out for the eighth time this season.

Wacha on his increased velocity: "There's sometimes when you can go and get it, and I guess that was one of the times." #STLCards pic.twitter.com/WE6Z67cWrN

Pirates: INF Josh Harrison has been transferred to the 60-day disabled list with a fractured left hand.

Cardinals: OF Dexter Fowler was held out of the lineup Sunday with a left knee contusion after crashing into the wall on Saturday. St. Louis manager Mike Matheny said there was, "significant swelling," and was uncertain on his return. ... OF Tommy Pham is still having vision problems and was held out of the lineup Sunday. He suffers from keratoconus and the problem is heightened during day games.

Pirates: LHP Steven Brault (0-0, 5.79) will open a three-game series at Milwaukee on Monday. He will be opposed by RHP Brandon Woodruff (1-1, 1.52). Brault is making his second start. He was named the Most Valuable Pitcher in the International League after posting a 10-5 mark with a 1.94 ERA for Triple-A Indianapolis.

Cardinals: RHP Lance Lynn (10-7, 2.94) will start on Tuesday in the first of a three-game series against Cincinnati. He will face RHP Robert Stephenson (4-4, 5.15). Lynn has allowed one earned run in his last 14 innings.