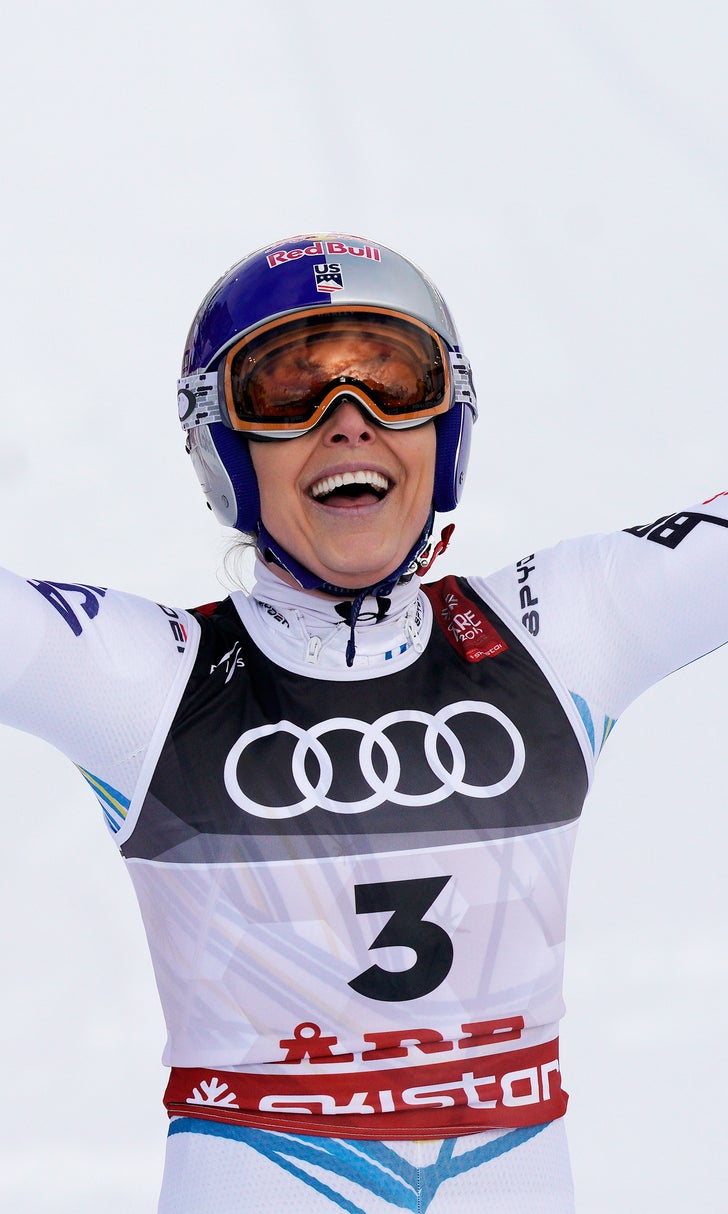 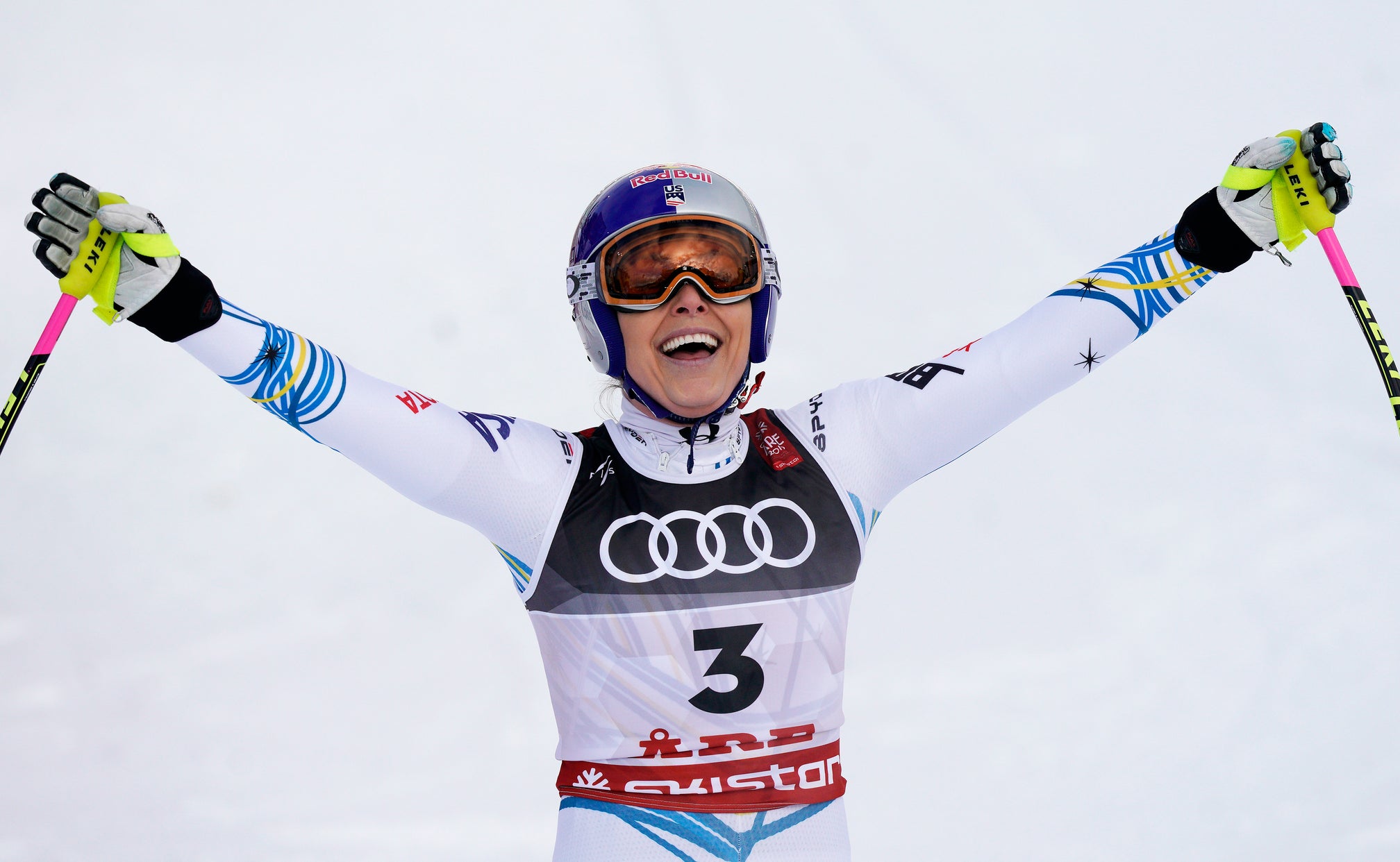 Vonn wins bronze medal in the final race of her career

ARE, Sweden (AP) — Lindsey Vonn walked off with her career haul of medals in her right hand, the gold, silver and bronze clinking together almost weighing her down.

Or was it the bulging knee braces and metal support rods inside her vast array of broken bones?

Whatever it was, the sound was a reminder of what Vonn has come to symbolize — an athlete who battled back from one major injury after another throughout her career to win more ski races than any other woman.

Five days after crashing in super-G — a fall that knocked the wind out of her and left her with a black eye and a bruised rib — and three months after tearing a ligament in her left knee, Vonn won the bronze medal in the world championship downhill Sunday in the final race of her career.

She's shed so many tears that there are none left — just like she no longer has any cartilage in her knees.

"I'm literally tapped out, I can't cry anymore," Vonn said. "I want to cry but it's dry. ... It's not an easy thing to feel your bones hitting together and continue to push through it.

"Of course I'm sore. Even before the crash I was sore. So I'm just sore on top of sore. My neck is killing me," Vonn said. "But at the end of the day no one cares if my neck hurts; they only care if I win. ... I knew that I was capable of pushing through the pain one last time and I did that. ... Every athlete has their own obstacles and I faced mine head on today and I conquered them."

Vonn had been planning on retiring in December but she recently moved up her plans due to persistent pain in both of her surgically repaired knees. Then came the super-G crash, when she straddled a gate in midair, flew face first down the mountain and slammed into the safety nets.

"She has been business as usual this whole week, saying I'm racing to win," Karin Kildow, Vonn's sister, told The Associated Press. "I was like, 'Just maybe make it down and maybe stand up.' But she was like, 'No, I'm going full out'. She was definitely in the mindset to push it and she really did."

It's a medal that brings Vonn full circle: the American's two silvers at the 2007 worlds on the same course in Are were the first two major championship medals of her career.

"I was weighing in my mind the risk of putting it all out there, crashing and getting injured again, as opposed to finishing where I wanted to," Vonn said. "It was an internal battle."

As soon as she exited the finish area, Vonn embraced Swedish great Ingemar Stenmark, the only skier to win more World Cup races than she did — 86 to 82.

"I basically begged him to come here via text, in all caps, many exclamation points," Vonn said. "He's an icon and a legend in our sport and he doesn't really like the spotlight but he deserves to have it. I was just so grateful that he was there. Honestly, it's a perfect ending to my career."

The third skier on the course, Vonn had a big smile on her face when she came down with the fastest run to that point. She waved and bowed to the crowd.

Eventually, Ilka Stuhec of Slovenia beat Vonn and took gold, defending her title from the 2017 worlds. Stuhec finished 0.23 seconds ahead of silver medalist Corinne Suter of Switzerland and 0.49 ahead of Vonn.

"Not many were counting on (Vonn) to get the medal in her last race, which makes it even more special," Stuhec said. "She has won everything."

Vonn became the first female skier to win medals at six different world championships. It's also her fifth downhill medal at a worlds, matching the record established by Annemarie Moser-Proell and Christel Cranz.

"Thank You Lindsey: Forever A Star," read one sign positioned by the side of the course.

Four U.S. flags were in the grandstand when Vonn came down and there were quite a few cheers when she started her run wearing a suit with blue-and-yellow trim — Sweden's colors — to honor Stenmark.

"She really deserves this sendoff from her great career," said Eleanor Bodin, a 21-year-old fan from Sweden who was holding up a sign saying "Thank You Lindsey."

"She has been my favorite skier since 2008 when I saw her winning on television," Bodin said. "I was a little girl sitting on the sofa. I just thought what a great skier and inspiration."

At 34, Vonn eclipsed her own record from two years ago for oldest woman to win a medal at a worlds.

Fog and wind forced organizers to shorten the course to the second reserve start, which favored Vonn because it reduced the strain on her knees.

Now she can finally let her body heel and move onto the next phase of her life — possibly acting, having children, starting a business .

"I'm looking forward to just chilling out a bit and recovering everything, including my mind," Vonn said. "It's been a lot to process.

"The nice thing is that, in the real world I'm actually pretty young. I have felt really old for a long time, because I'm racing with girls that are like 15 years younger than me. So now, in the real world, I'm normal. Thirty is the new 20 so I'm super young. I've got a lot to look forward to."