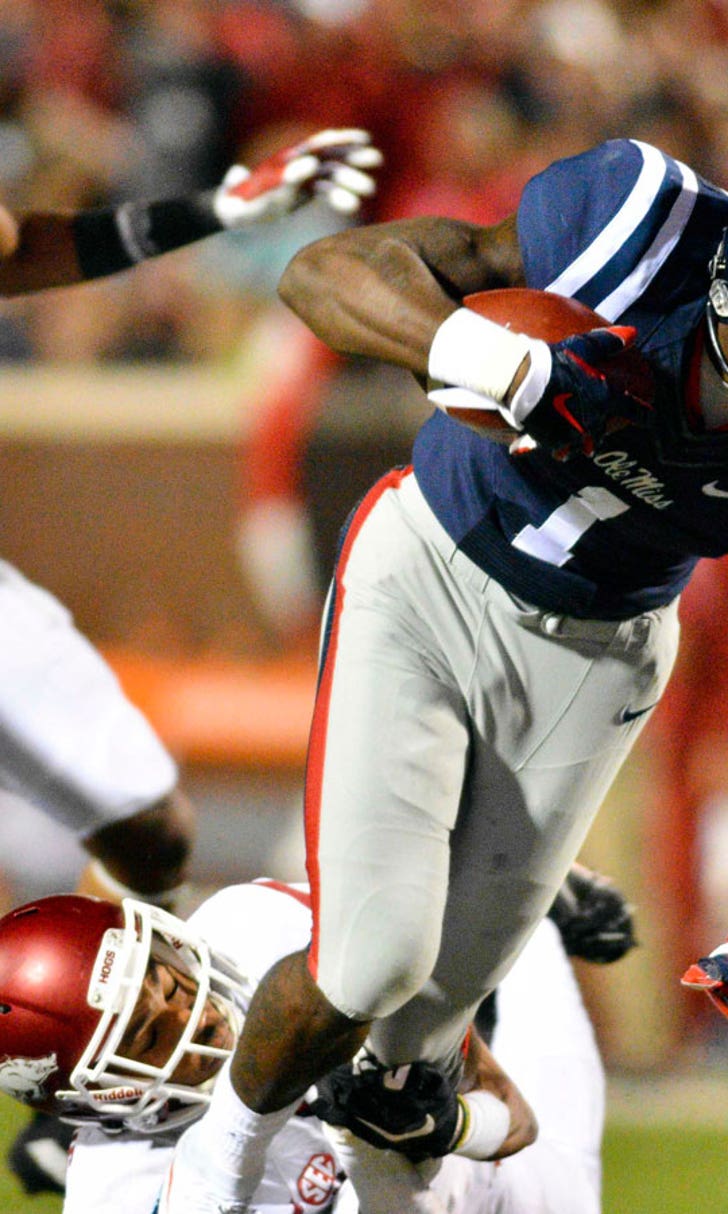 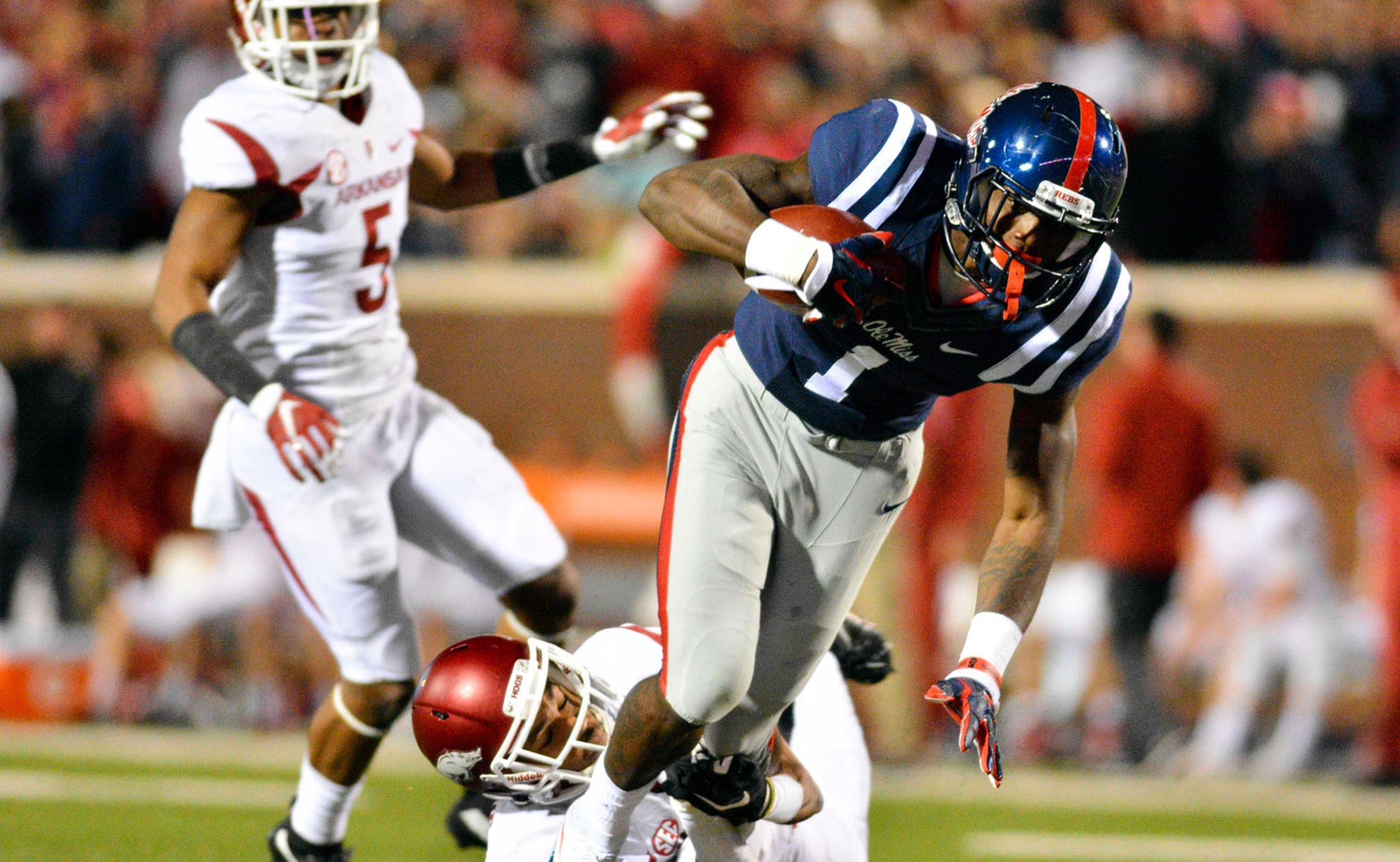 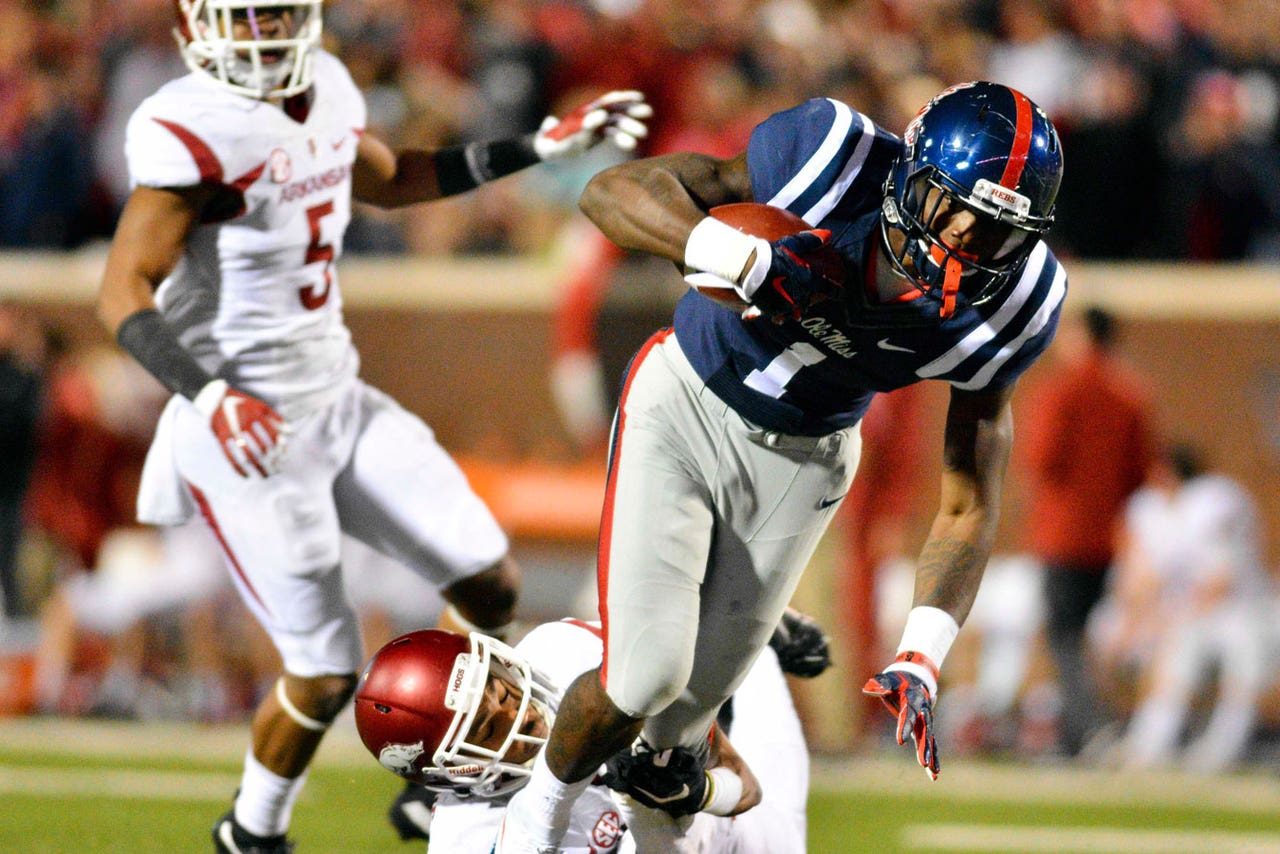 The Minnesota Vikings have made some moves since free agency opened, most notably signing offensive linemen Alex Boone and Andre Smith.

Those moves -- as well as other teams signing (and losing) free agents -- have altered the mock drafts around the web, including who it is thought Minnesota might picks.

In addition, since our last mock roundup, compensation picks were awarded (although none to the Vikings), thus affecting some mocks which go beyond the first round.

Once again, if we included a mock previously (some of the ones we had before have not been updated since), we'll also include the picks from that earlier mock draft (note: some mocks update often; we'll just include the pick we used). Not all mocks have updated since our last roundup, so if you are curious, click on the links off on the side for the previous mocks. We'll continue to provide updates leading up to the start of the draft, April 28.

And now, here's the fourth look of who the prognosticators think Minnesota will take in the NFL Draft:

Jared Dubin of CBSSports.com (March 17): Will Fuller, WR, Notre Dame. "The Vikes signed Alex Boone in free agency to help along the offensive line, so we're switching gears here and slotting Fuller into their receiver corps to help take pressure off Stefon Diggs rather than having them take another lineman." (Previously: Jason Spriggs, OT, Indiana.)

Chris Burke of SI.com (March 16): Jack Conklin, G/T, Michigan State. "A more exciting selection would be the Vikings taking Doctson (as in previous mocks, though off the board here) or another standout receiver like Corey Coleman or Michael Thomas. Conklin could help more. Can the Vikings count on Matt Kalil or Phil Loadholt long-term? Do they believe in T.J. Clemmings? If the answer is no on either of those questions, they need a tackle." (Previously: Josh Doctson, WR, TCU.)

Josh Norris of Rotoworld.com (March 16): Josh Doctson, WR, TCU. "All Josh Doctson did was show up at the NFL Combine, go through an entire workout and test like the top athlete at the position. We all love his ability to make contested catches, floating in the air with outstanding body control. His routes are further ahead than given credit for. Teddy needs a receiver like Doctson." (Previously:  Doctson.)

Eric Edholm, Yahoo.com (March 16): Josh Doctson, WR, TCU. "Mike Wallace can rip Teddy Bridgewater all he wants on his way out of town, but he didn't help make his quarterback better. For all the folks who said the Vikings needed a true deep threat, that connection didn't play out. Why not instead seek a taller receiver who can win in the air? Much of TCU's offense was Doctson winning battles on 50-50 balls, and that could translate well here." (Previously: Doctson.)

Will Brinson of CBSSports.com (March 16): Josh Doctson, WR, TCU. "Doctson has great ball-control skills and is an all-around quality receiver. There isn't a "No. 1" on the Vikings yet and they need one for Teddy Bridgewater." (Previously: Will Fuller, WR, Notre Dame.)

Jon Ledyard of USA Today's DraftWire.com (March 16): Michael Thomas, WR, Ohio State. "I'm not as sold on Josh Doctson's fit in Minnesota like everyone else seems to be. A vertical, deep ball receiver doesn't seem to mesh with Teddy Bridgewater and the Vikings offense, and although Doctson is certainly capable of adapting his style at the next level, I think Thomas is the more nuanced, NFL-ready of the two pass catchers. He'll give Bridgewater quick throwing windows with his advanced separation tactics, while adding a little juice after the catch." (Previously: Jack Conklin, OL, Michigan State.)

Cris Collinsworth of Pro Football Focus (March 15): Cody Whitehair, G, Kansas State. "The Vikings have to get better along their offensive line, and this is a good step."

Daniel Jeremiah of NFL.com (March 14): Josh Doctson, WR, TCU. "This draft should be about adding pieces around Teddy Bridgewater and Doctson is a great fit." (Previously: Doctson.)

Dan Kadar of SBNation/Mocking the Draft (March 14): Laquon Treadwell, WR, Ole Miss. "Absolutely any Treadwell fall in the draft should stop with Minnesota. The Vikings would love to add Treadwell, a physical receiver with good hands and body control to pull in tough catches." (Previously: Cody Whitehair, OG, Kansas State).

Dane Brugler of NFLDraftScout.com (March 14): Corey Coleman, WR, Baylor. "The Vikings need to surround Teddy Bridgewater with more talent and although Coleman requires a leap of faith due to his unpolished routes, it is only a matter of time before he makes an impact in the NFL." (Previously: Cody Whitehair, OG, Kansas State.)

Rob Rang of NFLDraftScout.com (March 14): Josh Doctson, WR, TCU. "With the needs along the offensive line addressed via free agency, the Vikings may look to help out young quarterback Teddy Bridgewater by boosting his receiving corps on draft day. The 6-2, 202-pound Doctson has enough speed to challenge vertically and he's a master at winning contested passes due to his strong hands and body control." (Previously: Taylor Decker, OT, Ohio State.)

Pete Prisco of CBSSports.com (March 13): Will Fuller, WR, Notre Dame. "They got line help in free agency in Alex Boone, so they can get some speed outside for their passing game. Fuller is one of the fastest in this draft class." (Previously: Josh Doctson, WR, TCU.)

Pete Fituak of collegefootballnews.com (March 11): Will Fuller, WR, Notre Dame. "It might not be sexy, but OG Alex Boone from San Francisco was a really, really nice get. At least one of the top receivers will still be on the board, and the speed and flash of Fuller would be exactly what the Vikings need to give Teddy Bridgewater a bit more help." (Previously: Leonard Floyd, LB, Georgia.)